Guess what! Today is I Spy Plum Pie’s second blogiversary! When I turned to B two years ago and said ‘I think I want to start a blog’ I don’t think I really thought I’d still be here two years later, but I’m very glad I stuck with it! So, what better way to celebrate than with a plum based recipe – plum & coconut ice cream! 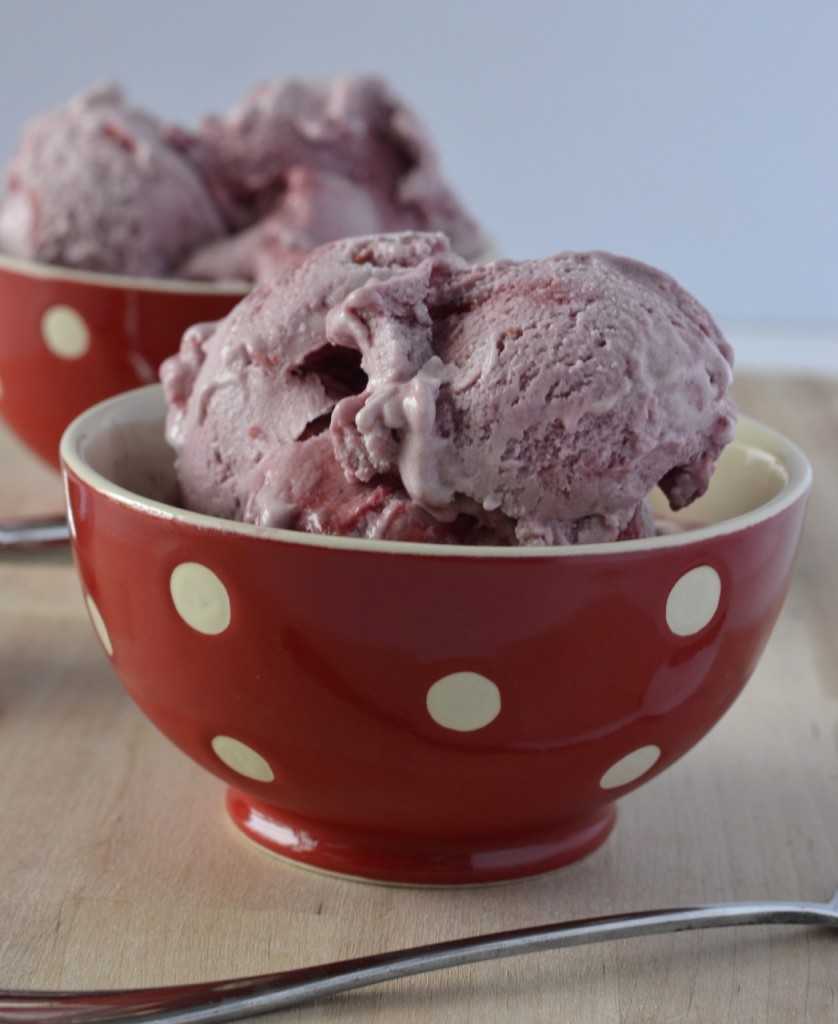 Every summer the plum trees at my parent’s place go crazy with fruit which always reminds us of the book ‘Plum Jam’. This year instead of jam I decided ice cream was in order, although I used coconut milk again to make this a dairy free treat that everyone can enjoy! 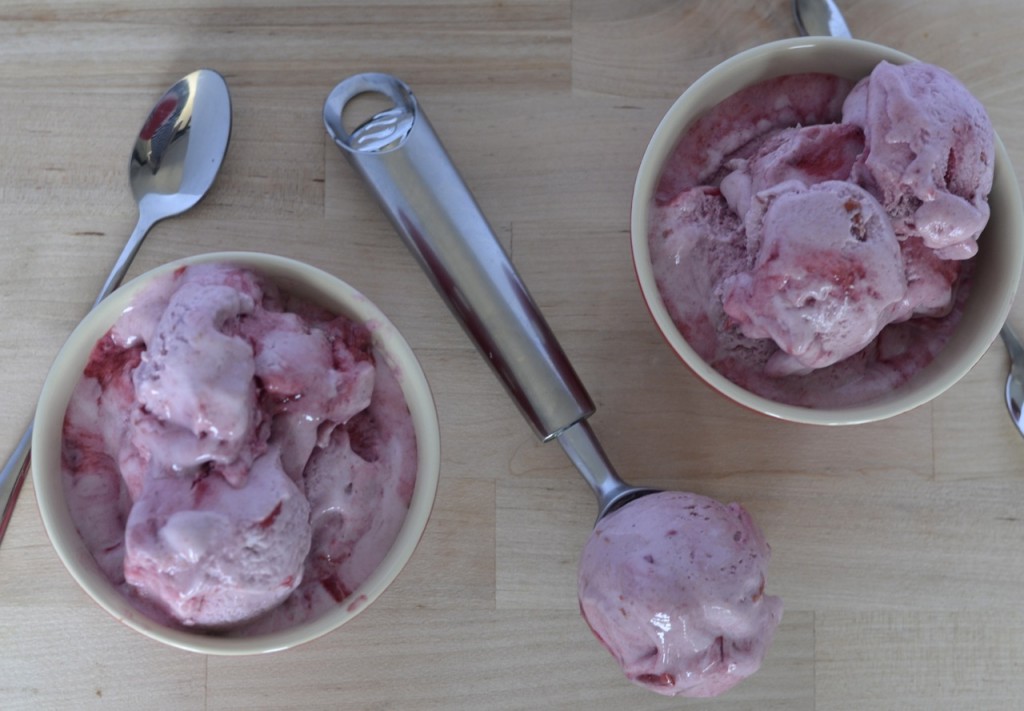 So here we go! The recipe for the ice cream base comes from one I found on The Kitchn 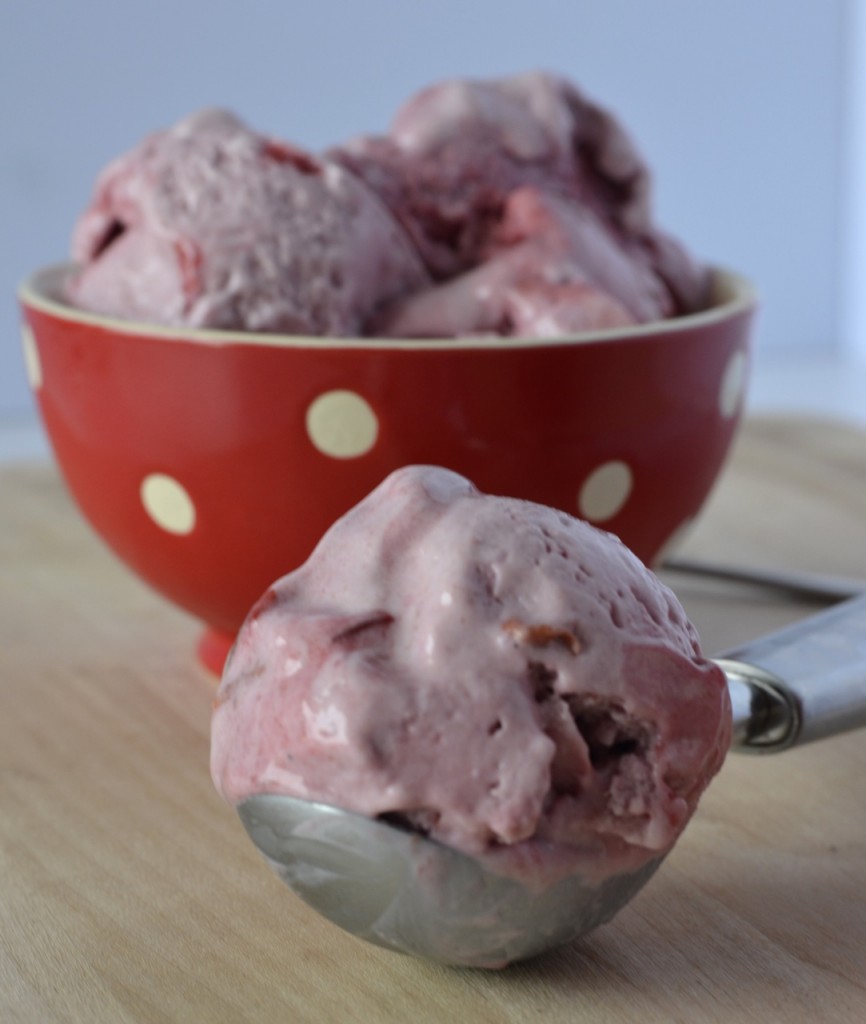 I was originally going for more of a ripple effect but that didn’t quite work out for me, although I do like the colour it ended up instead! I kept my plum sauce quite tart as that’s how I love my stewed plums, but if you’re more of a sweet tooth then you might want to up the sugar content in the sauce a little. 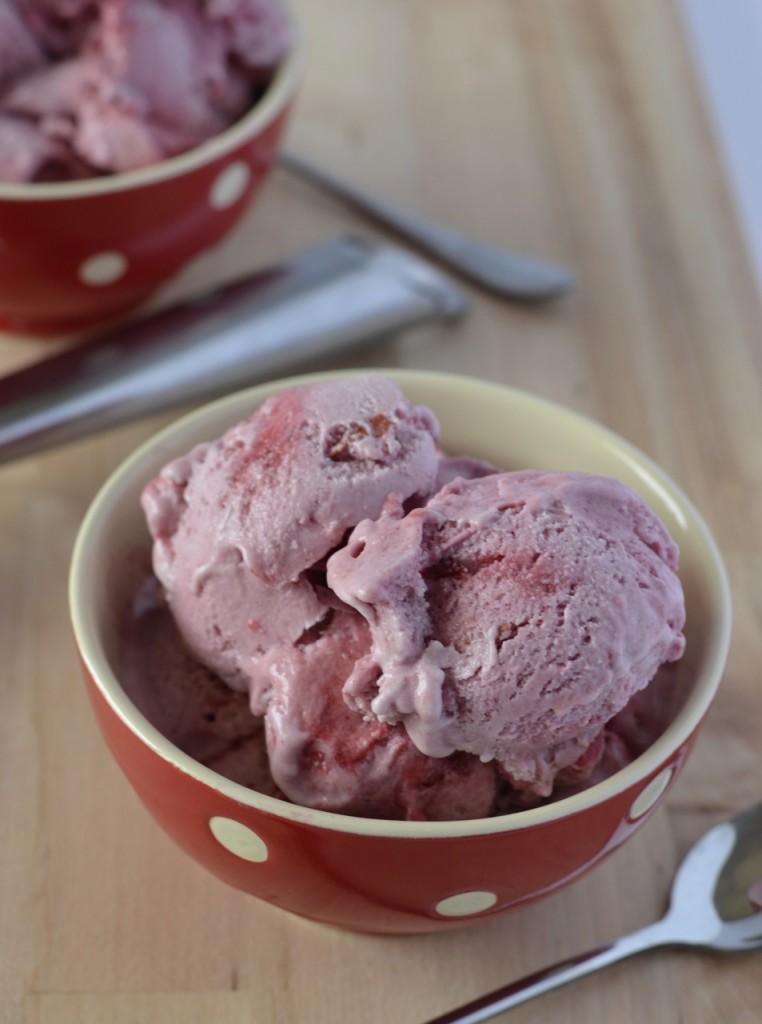 Thanks for being part of the the ride over the last two years, I feel very lucky to have such lovely readers around these parts! Don’t forget you can always keep up to date by popping yourself on my weekly newsletter list in the signup box below, or follow along on facebook or instagram!

And that’s it! My second blogiversary post! I definitely recommend you give this Plum & Coconut Ice Cream a try, it’s a little bit different and a whole lot delicious!

I Spy Plum Pie is Liz, an early 30s kiwi-born, Melbourne raised girl who is passionate about the environment and sustainability, food, exploring and learning new things. Join me on my journey to a happy, sustainable life!
January 27, 2015 by I Spy Plum Pie (admin) | 15 Comments