Budapest’s Jewish Quarter was an incredibly interesting place to explore, with everything from beautiful synagogues to hip ruin pubs. I spent a whole day exploring and it was one of my favourite days in Budapest!

In order to get a real sense of the Jewish Quarter and its history I decided to go on a walking tour, using the same tour company as the free tour I did on day one. This was also a free tour and it kicked off at 10am and lasted around 2.5 hours. The entire Jewish Quarter is on the UNESCO World Heritage list of places to visit, and after spending some time in there I’m not surprised! 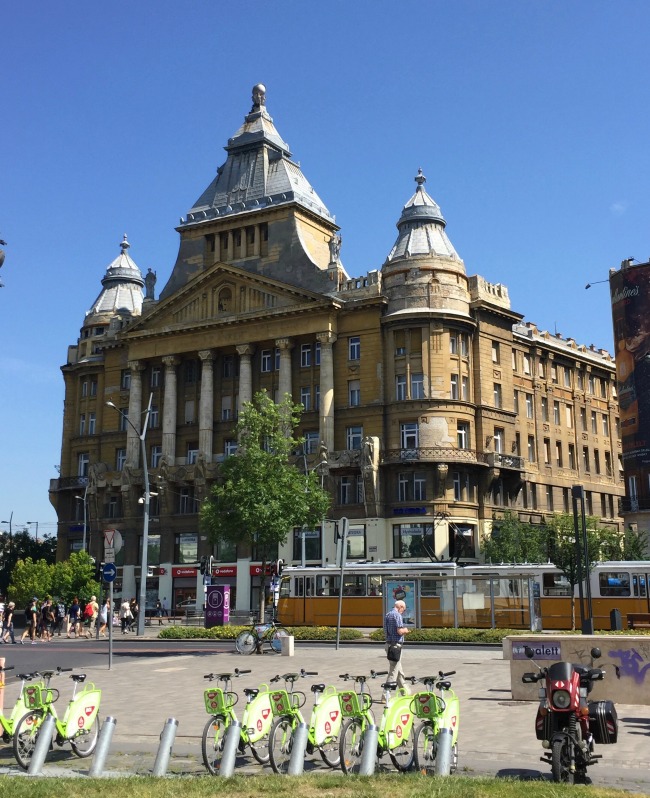 The tour group was nice and small and our guide was incredibly knowledgable, sharing all kinds of stories about the history of the area, including the religious traditions, and significant contributions that the Jewish people have made to Hungary. She also shared insights about the modern life of the Quarter, as it has become an incredibly colourful part of the city.

We went past a number of synagogues on the tour, each servicing a different sector of the Jewish community, which varied in their size and design quite significantly. Some of them I would never have spotted if not for our guide! 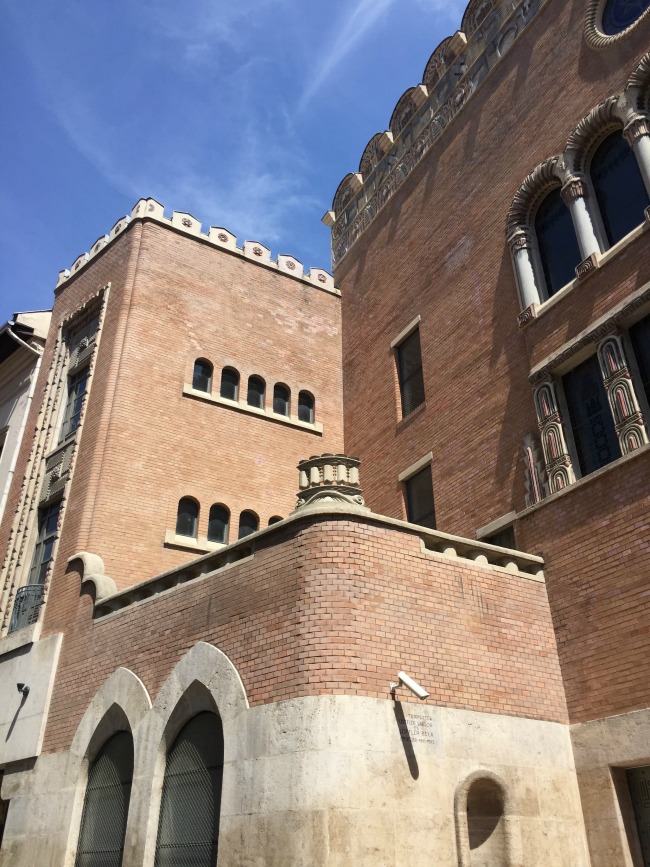 I really loved the architecture, with the streets lined with gorgeous houses either in stone or painted pretty colours, with balconies not uncommon either. Another excellent example of why it’s important to always look up! 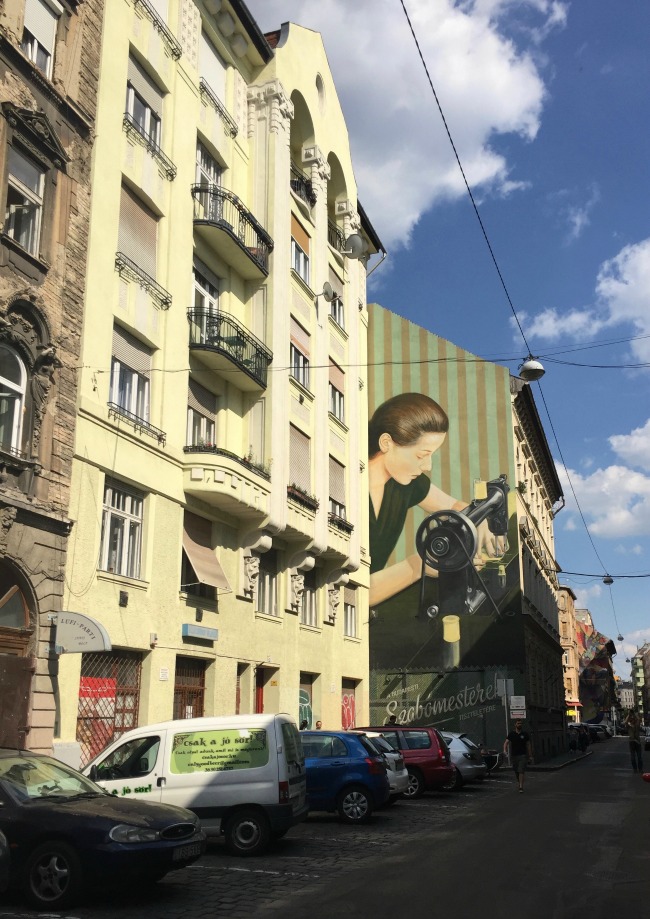 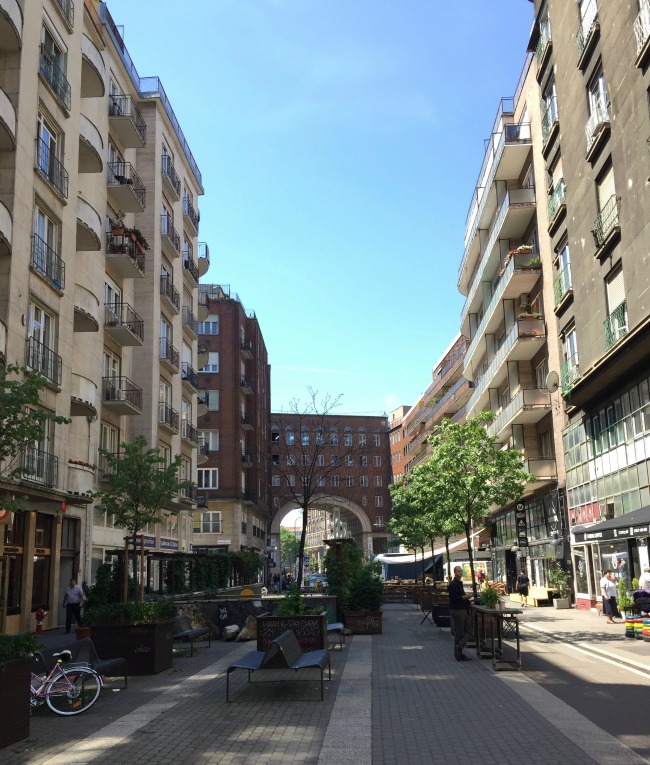 We also saw some of the amazing street art that now adorns the area which I really loved. I particularly enjoyed this Rubik’s Cube art work, which is painted in a way that it looks 3D when photographed! The inventor of the Rubik’s Cube is Hungarian, and the artwork includes stats about how many combinations there are! 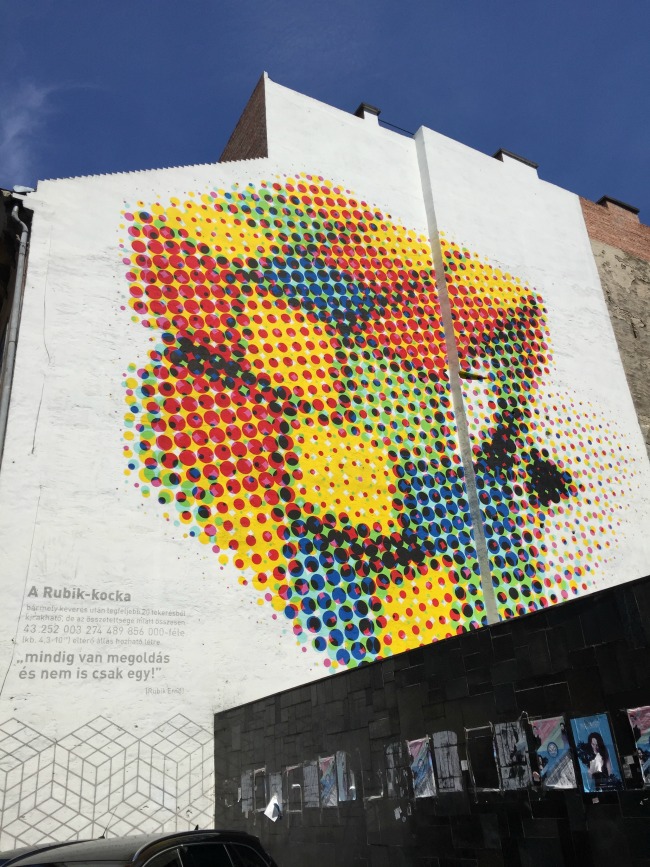 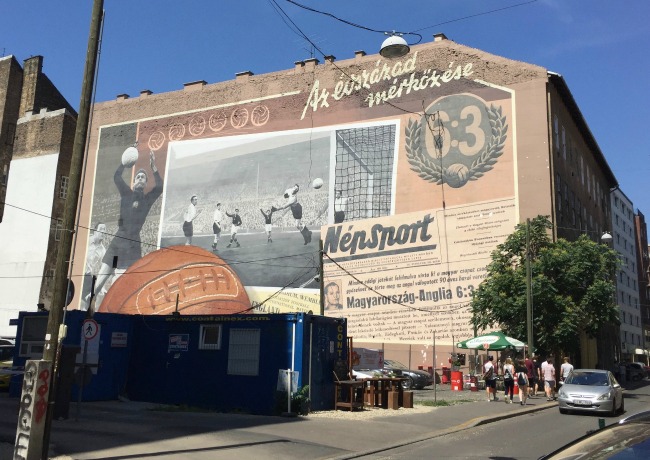 At the end of the tour I asked for nearby lunch suggestions and my guide pointed me towards the Hummus Bar (which has multiple locations across Budapest) and I’m so glad she did. I got this huge bowl of deliciousness, with warm, fluffy bread for around 1500 HUF (approximately $7), which left me full and happy for many hours to come! 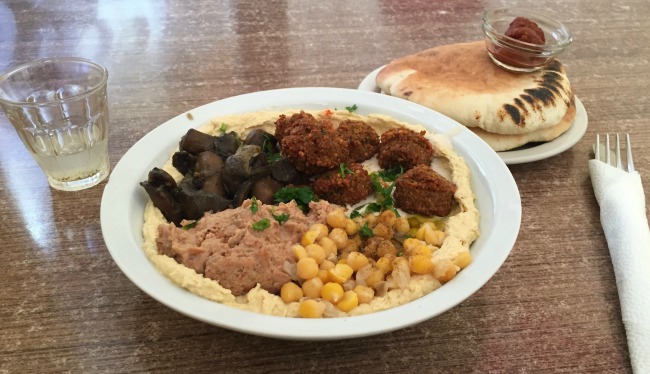 The tour was a fantastic way to learn more about the history of the Jewish Quarter, as well as it’s modern uses. I came away with a much better understanding of not just the area but the people that had lived there, and would definitely recommend it. As it’s a free tour you just pay what you thought it was worth at the end which is a system I find works really well.

During the tour we walked past (and learned about!) the Great Synagogue, so I decided to come back and have a look inside afterwards! It’s also known as the Dohany Street Synagogue, as that’s where it is located, and it is the largest synagogue in Europe and the second largest in the world. 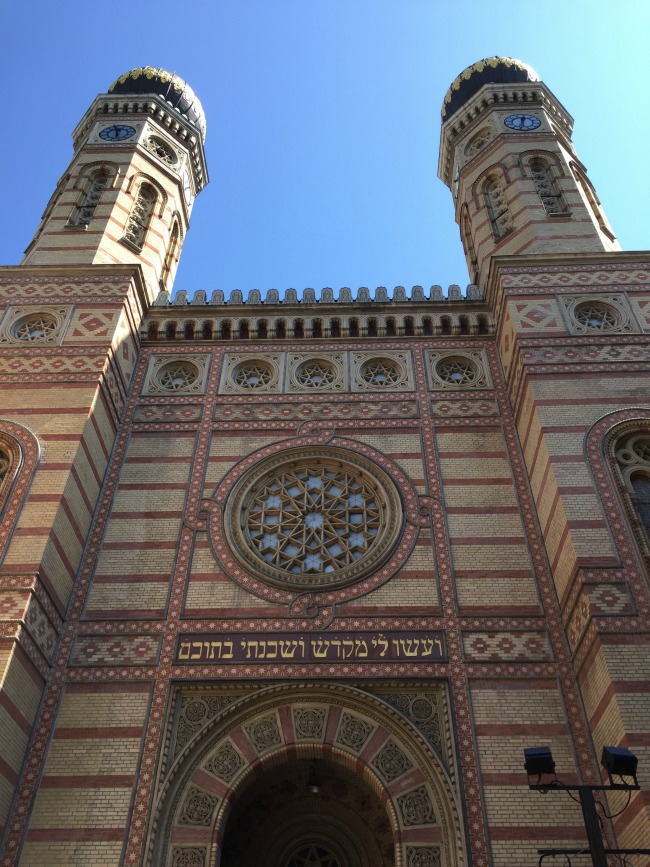 It was built in the 1850s and has a Christian layout with decorations based on Islamic models from North Africa. It was designed by Christian architects, and they were attempting to assimilate it – so it has two towers and even an organ! It can seat up to 3000 people, with separate sections for men and women, and has 15 torah scrolls. 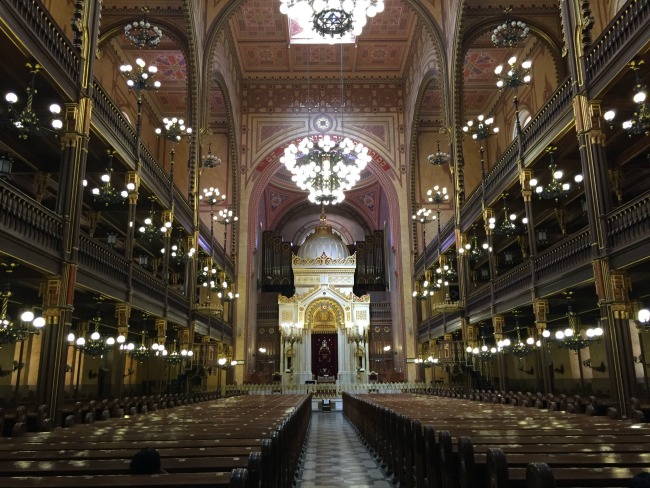 The interior was breathtaking, not only is it large but absolutely beautiful as well. It is 75m long and everything about it just felt grand and important. 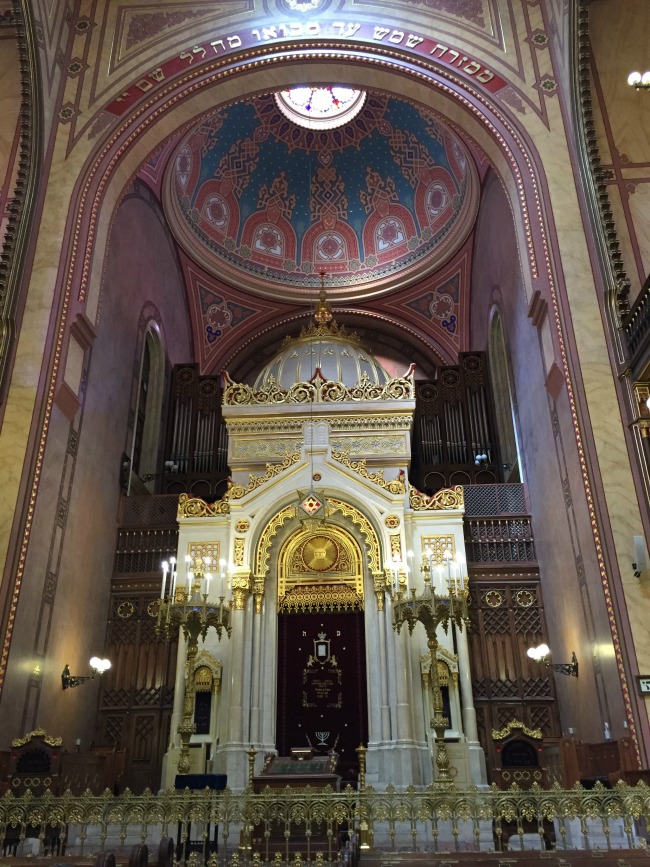 Alongside the synagogue site is a small cemetery which is not common, however the synagogue is located at what was the beginning of the Jewish Ghetto that was established in 1944, and was home to over 70,000 people. Between 8-10,000 of these Jews died in the next year before the ghetto was liberated, and as a result a makeshift cemetery was required in the area. Over 2,000 people are buried there, which was just heartbreaking to think about.

To the rear of the synagogue is a courtyard which is home to an amazing sculpture called Memorial of the Hungarian Jewish Martyrs, remembering the more than 400,000 Hungarian Jews that were murdered. It resembles a weeping willow, and each leaf has the name of a victim. It’s a beautiful way to remember something so absolutely horrific. 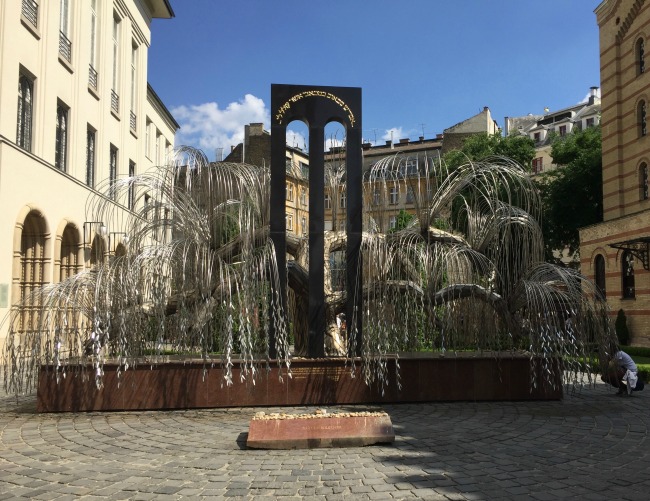 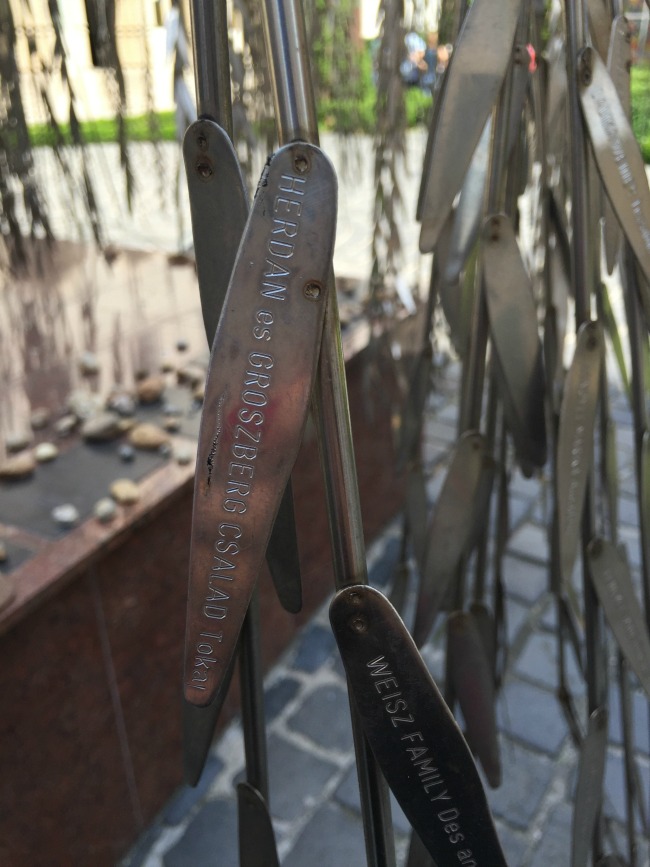 Entry to the synagogue is 3000 HUF, including a short guided tour. It’s somewhere I would put on your must-see list if you’re heading to Budapest!

Ruin pubs are fast becoming a drawcard for Budapest, and are quite simply bars and pubs that have established themselves in the ruins of old buildings predominantly within the Jewish Quarter. They tend to be full of awesome art, installations, interesting decor and are home to live music and late night parties. They are generally open during the day as well, making them an excellent spot for an afternoon beer! 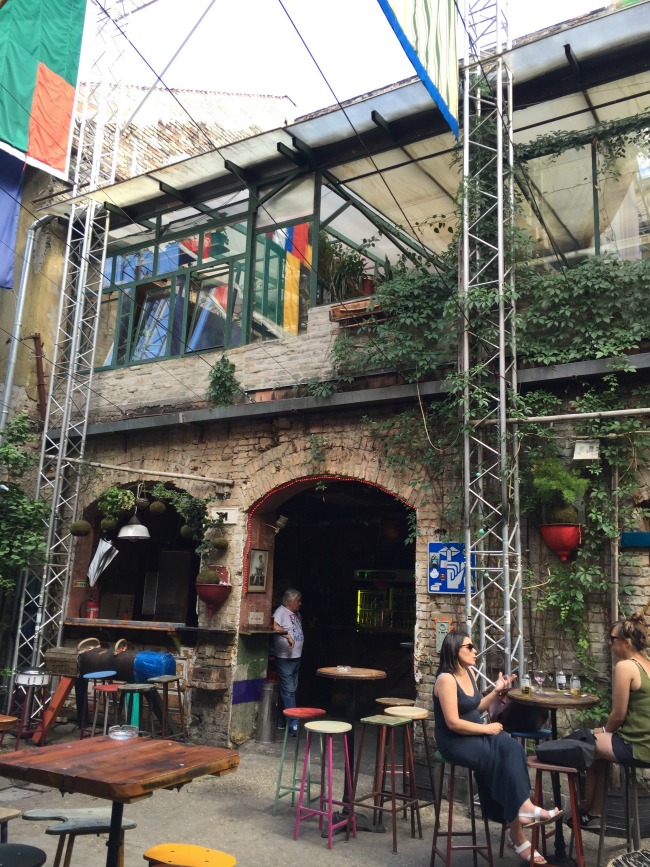 One of the most famous ruin pubs is Szimpla Kert, which was actually the first ruin pub. I spent a bit of time there one afternoon, moving to sit in different spots to get a better view of all the interesting bits and bobs located in the large courtyard as well as the many little rooms both upstairs and down. 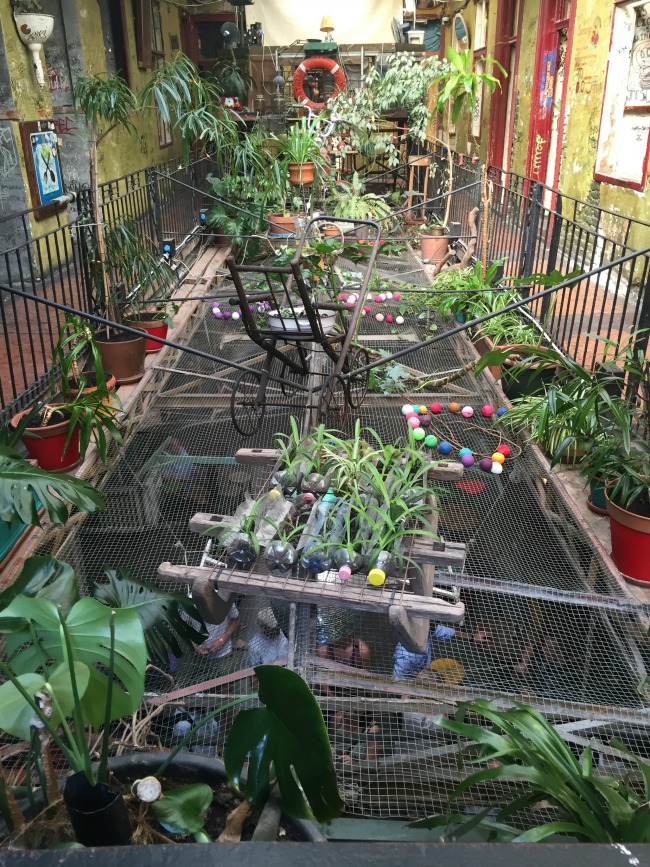 I loved all the colour and unexpected objects, including the fact you could sit in a car! It was definitely a nice change of pace from the more sombre elements of my Jewish Quarter exploring, and an excellent indication of the positive rebuilding that is happening in Budapest. 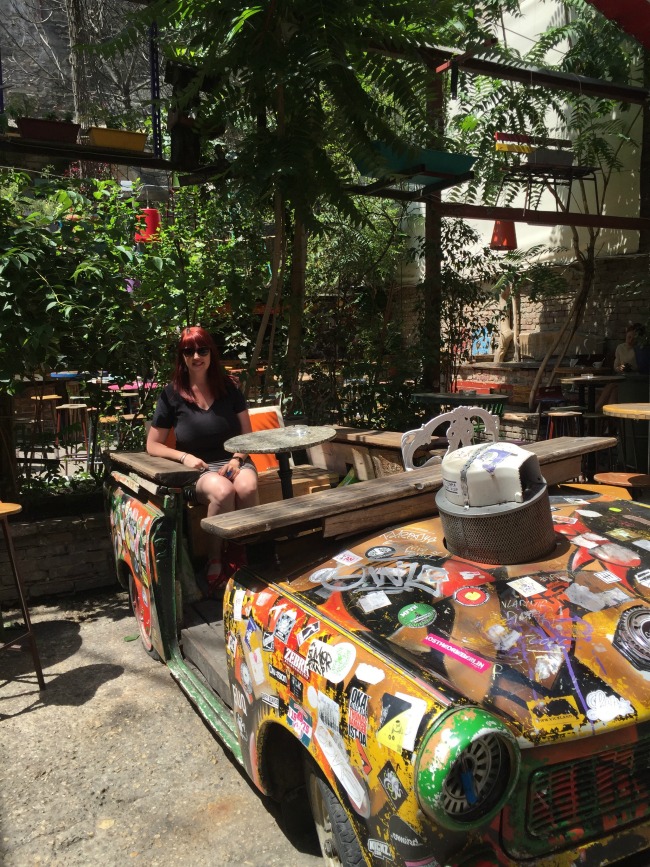 Have you explored the Jewish Quarter of Budapest? I recommend a beer in one of the ruin pubs!

I Spy Plum Pie is Liz, an early 30s kiwi-born, Melbourne raised girl who is passionate about the environment and sustainability, food, exploring and learning new things. Join me on my journey to a happy, sustainable life!
November 16, 2016 by I Spy Plum Pie (admin) | 2 Comments