For as long as I can remember, whenever I would order a freshly squeezed juice at a cafe it was always a combination of apple, pineapple and orange juice. As I got older I’d sometimes add ginger, maybe a carrot, but those three key ingredients never changed. I still standby it as a great flavour combination, but over time I have expanded my horizons somewhat, and now my freshly squeezed juices are more guided by whatever fruit and veggies I have on hand (which unfortunately rarely includes pineapple!) as opposed to habit!

As the weather finally warms up here in Melbourne I have been making juices with a bit more regularity – there’s something about freshly made juice that is so much more refreshing than anything in a bottle! Today I thought I’d share some of my favourite flavour combos of late – if none of these sound appealing, maybe try an apple, pineapple & orange juice instead! 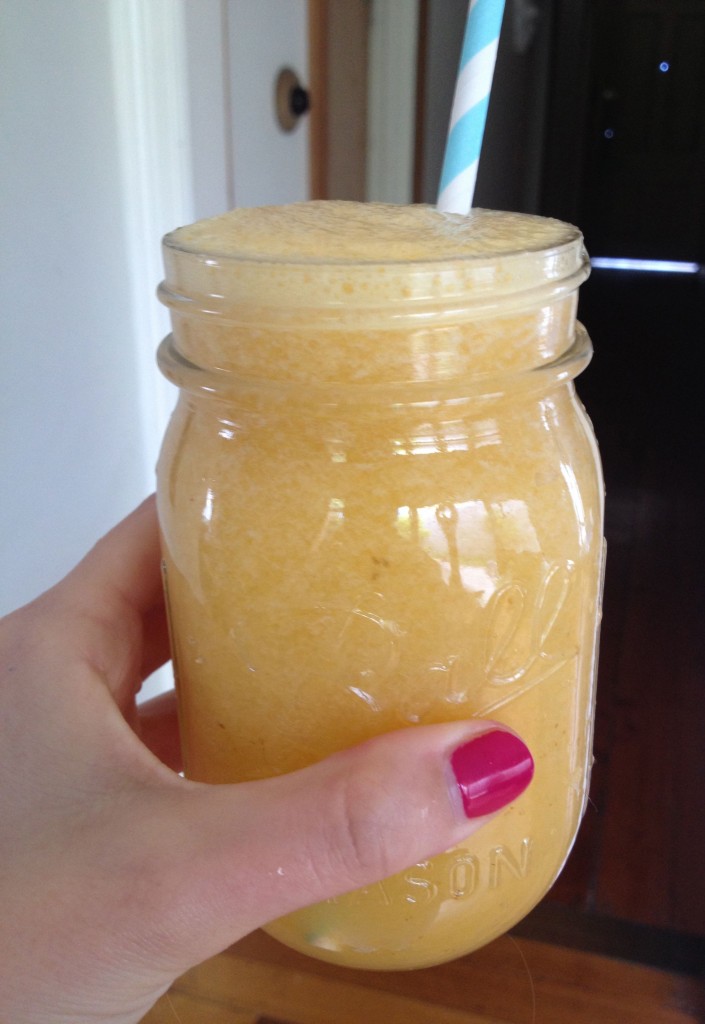 This first combo came about when I had a whole bunch of overripe pears sitting in my fruit bowl, so I juiced them up with a little bit of orange and apple and voila! Delicious! 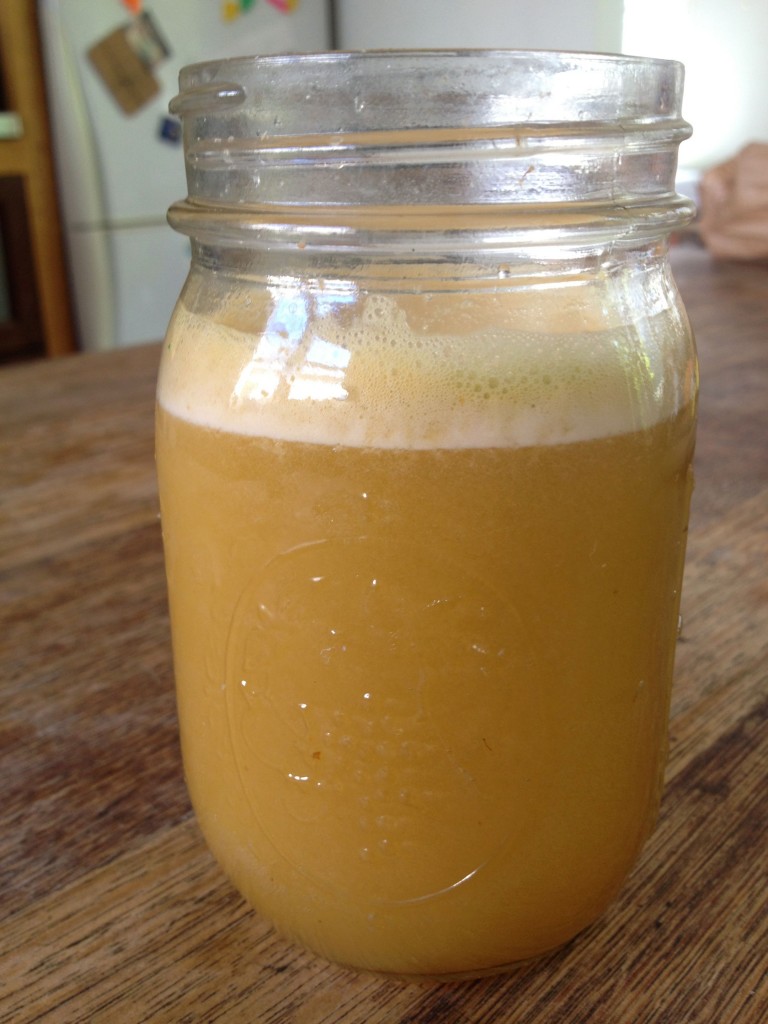 This juice looks remarkably similar to the first one, although they only have one ingredient in common! This baby is made from apple, carrot, cucumber and lemon and was so tasty. The flavours all balanced out nicely with no one ingredient overpowering, and it was extra refreshing thanks to the cucumber. Yummo! 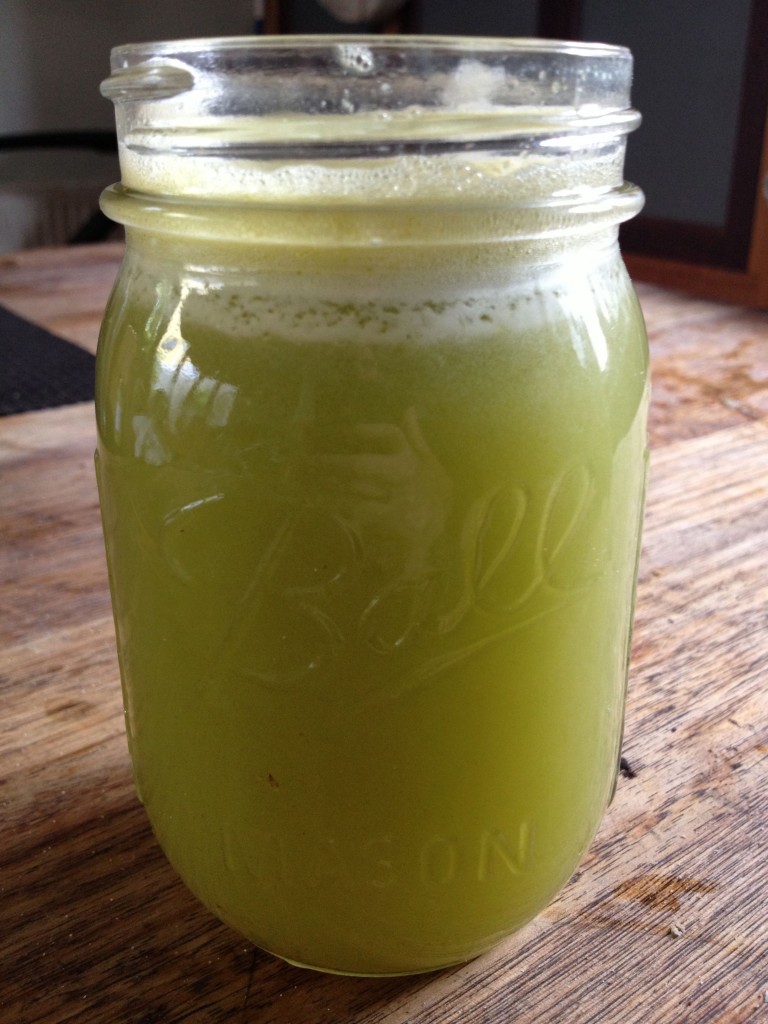 This green coloured goodness is a mix of apple, cucumber, lemon and ginger and was a refreshing, delicious juice. I went heavy on the ginger which gave it a good zing and the lemon provided a really nice balance to the sweetness of the apples. A definite winner! 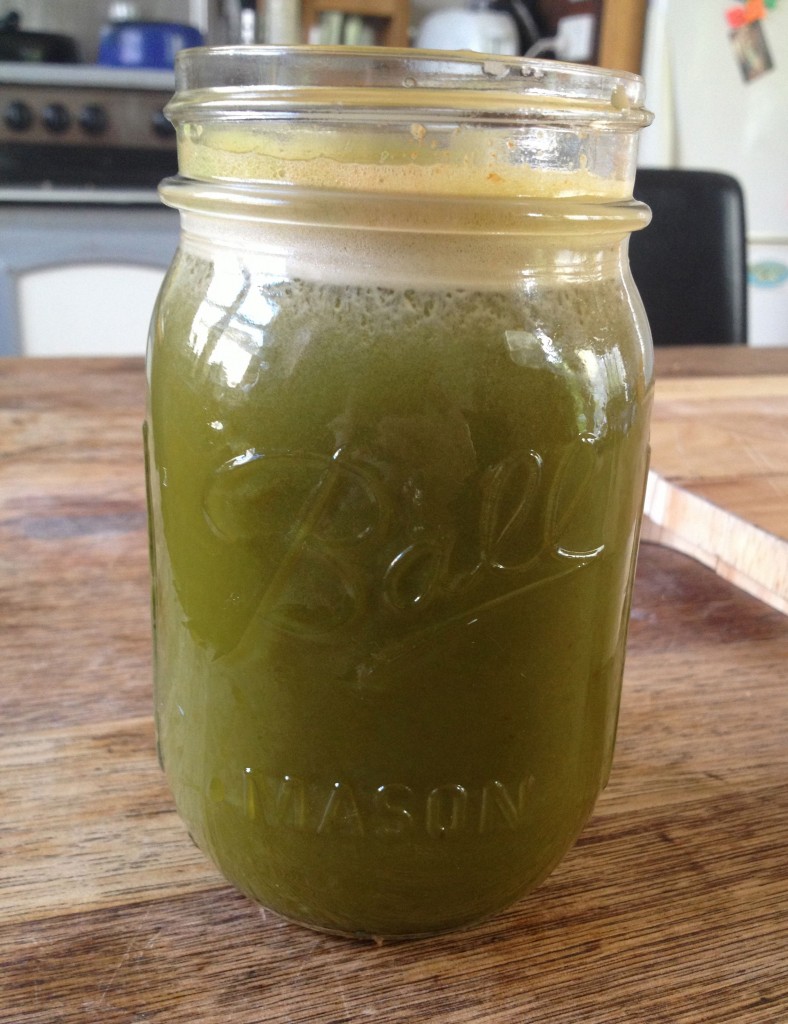 This last green monster was a combo of lots of romaine lettuce, orange, carrot and ginger. The orange and ginger help to stop it tasting like you’re drinking straight from the garden, and it gave me lots of energy to power through my morning! Just what I needed!

Do you have a favourite juice combination? Do you stick to a tried & tested combo, or do you like to mix it up?

I Spy Plum Pie is Liz, an early 30s kiwi-born, Melbourne raised girl who is passionate about the environment and sustainability, food, exploring and learning new things. Join me on my journey to a happy, sustainable life!
January 2, 2014 by I Spy Plum Pie (admin) | 4 Comments

4 Comments on Getting Juicy