It’s been a while since the last stop on my Pubs for Vegetarians tour, but I’m back today with a visit to the Cornish Arms Hotel in Brunswick! I had heard lots of good things about their menu but had never made it over, so when B and I found ourselves on Sydney Road late one Saturday afternoon I knew where we needed to head for dinner!

It was already busy when we got in there, with lots of reserved signs on tables, so we perched ourselves at the bar and started with a beer while we perused the menu. 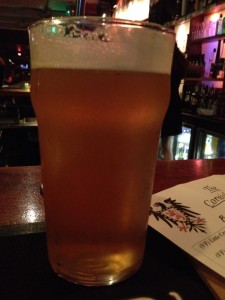 It took a while for us to decide what we were going to eat as we definitely were not short of options! The menu comprises snacks, pizzas, burgers and other mains, and in each section there are multiple vegan options, as well as some others that can be veganised. It’s all very well labelled and it’s nice to see a pub taking vegan food seriously, not just as an afterthought.

I decided to go with the Vegan Chicken Burger ($17) which was mock chicken crumbed with ‘secret herbs and spices’, facon, cheez, cos, tomato, chipotle aioli and ranch sauce, and served with a side of chips. I don’t eat a lot of mock meat as I often find the texture to be quite strange, but this patty was nothing like that, it was juicy, well seasoned and delicious. I only have vague recollections these days of what real chicken tasted like so I can’t be sure on how accurate a recreation it is, but regardless I really it! The sauces added some great flavour, and the addition of the facon and cheez made it feel like I was eating a fast food burger, just much tastier! The chips were not the best I’ve ever eaten, but there were lots of crunchy bits so I was happy enough! I definitely didn’t leave hungry, that’s for sure! 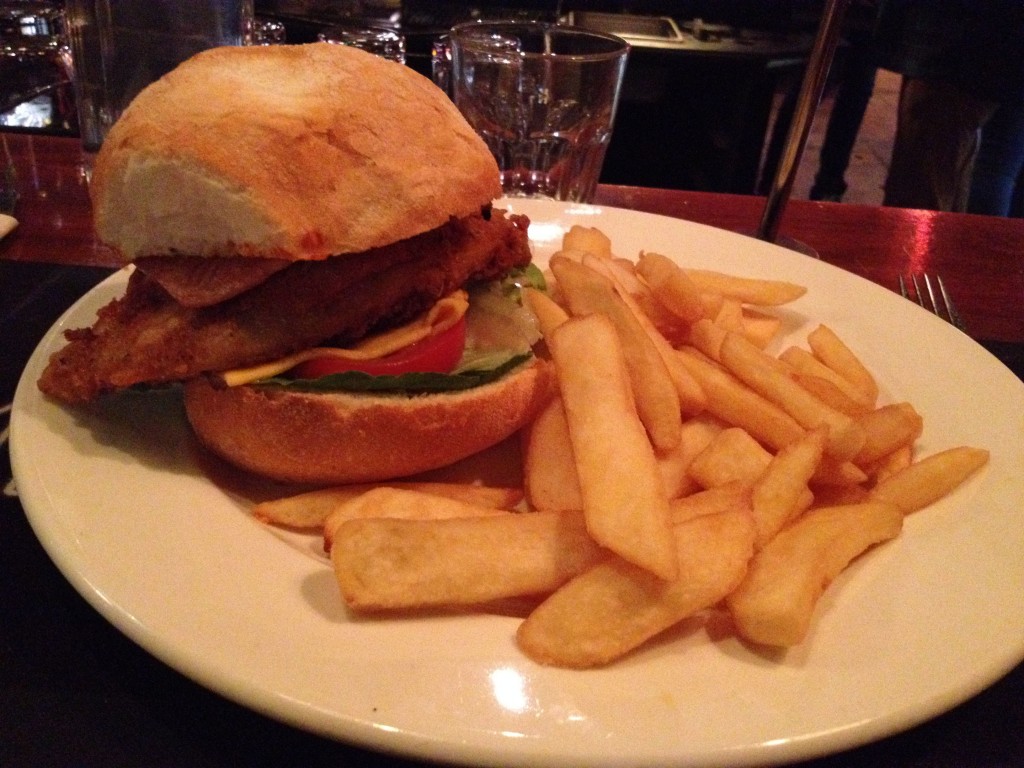 B decided to go all out and went with the Vegan Double Down ($20) which consisted of facon, cheez & tomato ‘sandwiched’ between two southern-fried mock chicken fillets, and served with a side of coleslaw and wedges. It was a pretty full on meal, a lot of mock meat on the plate but B enjoyed it! The chicken fillets were really well cooked, nice and crispy on the outside but the same juicy insides as the chicken in my burger. The addition of the coleslaw was really great as it provided a nice contrast to the heavier mock meat, and the wedges were really tasty (I may have stolen quite a few off B’s plate!). B couldn’t quite make it through the whole thing, but it wasn’t through lack of trying! 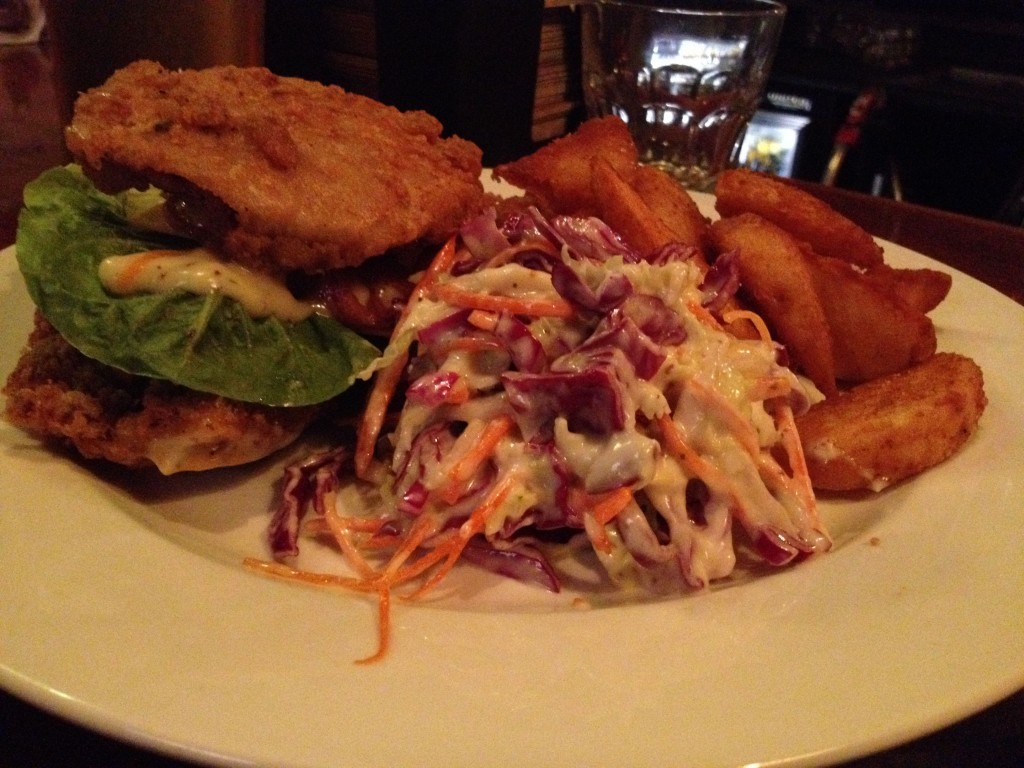 We were very full, and very satisfied when we headed out of there and I’m glad we finally got to try out the Cornish Arms. There’s still plenty on the menu that grabbed my attention, so we’ll have to make sure we find our way back sooner rather than later!

I Spy Plum Pie is Liz, an early 30s kiwi-born, Melbourne raised girl who is passionate about the environment and sustainability, food, exploring and learning new things. Join me on my journey to a happy, sustainable life!
May 31, 2014 by I Spy Plum Pie (admin) | 2 Comments

2 Comments on Pubs for Vegetarians: The Cornish Arms