We tried to visit Jimmy Grants back when it first opened, but upon arriving early one Saturday evening to find the place rather chaotic we gave up and went elsewhere. There was a queue out the door of people waiting for a table, the available tables were being used by takeaway customers waiting on their orders, and it appeared that there were 3 separate places you could order food from – it was all too much for us! A few months have since passed so we decided it was time to give it another shot, and see whether the food was worth the hype!

We visited on a Monday night and whilst the place was still busy it was nowhere near as chaotic and we were able to get a spot by the bar without too much hassle. The menu is divided into 5 categories – Souvas, Plate Me Up, Salads, Sides & Dips, and Sweet Street. We eliminated the Plate Me Up section given it involves meat from the spit (not so vegetarian friendly!) and then decided we’d share the vegetarian souva, some chips and a salad.

First up was the Chips which are served with garlic oil, feta and oregano ($6). I’d never had chips with feta on them before but these were really tasty, and I especially liked the drizzling of garlic oil over the top. The chips themselves were well cooked, nice and crispy on the outside and fluffy in the middle and weren’t overly salty so they allowed the toppings to star! 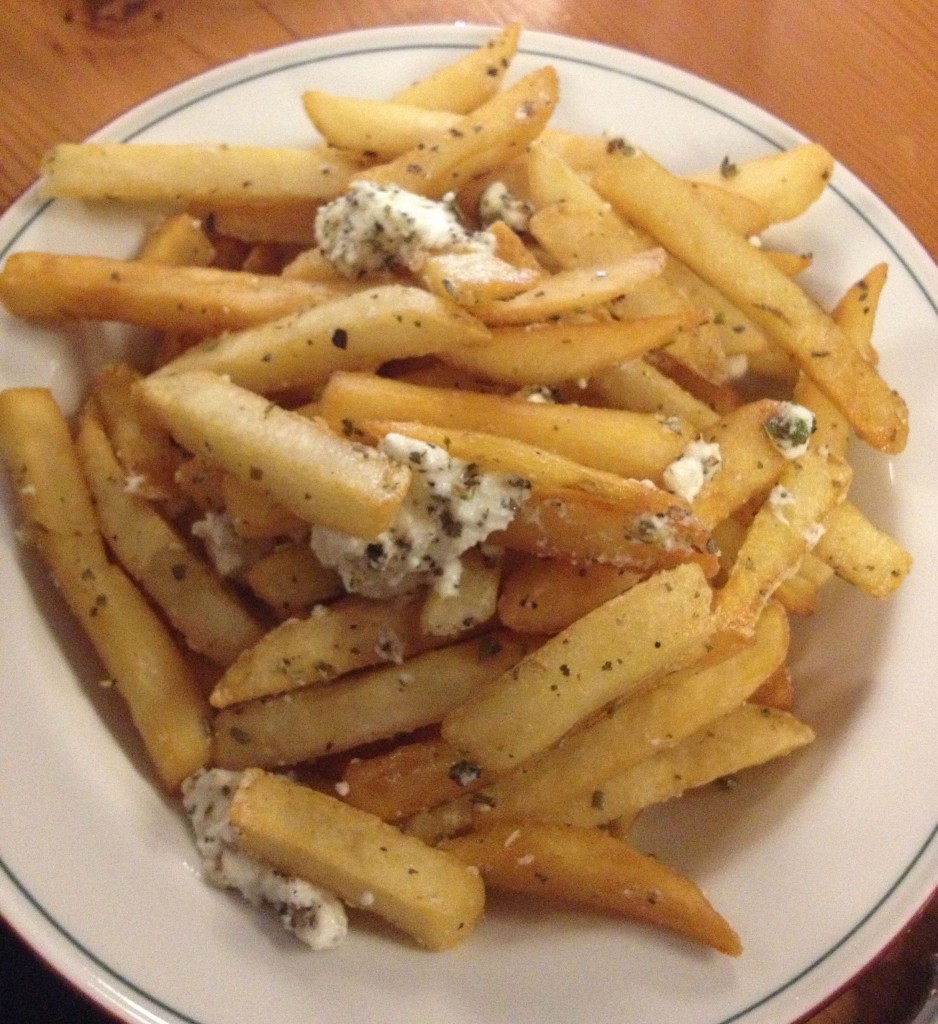 Next up we had the Grain Salad – which is a mixture of pulses, nuts, grains, herbs and greek yoghurt ($8). I really liked this, it was just my kind of salad! Hearty but not too heavy, full of different flavours and textures and the greek yoghurt on top provided a nice little tart touch to each spoonful. It was a generous serving for the price too, so there was plenty to go around even though we were sharing. 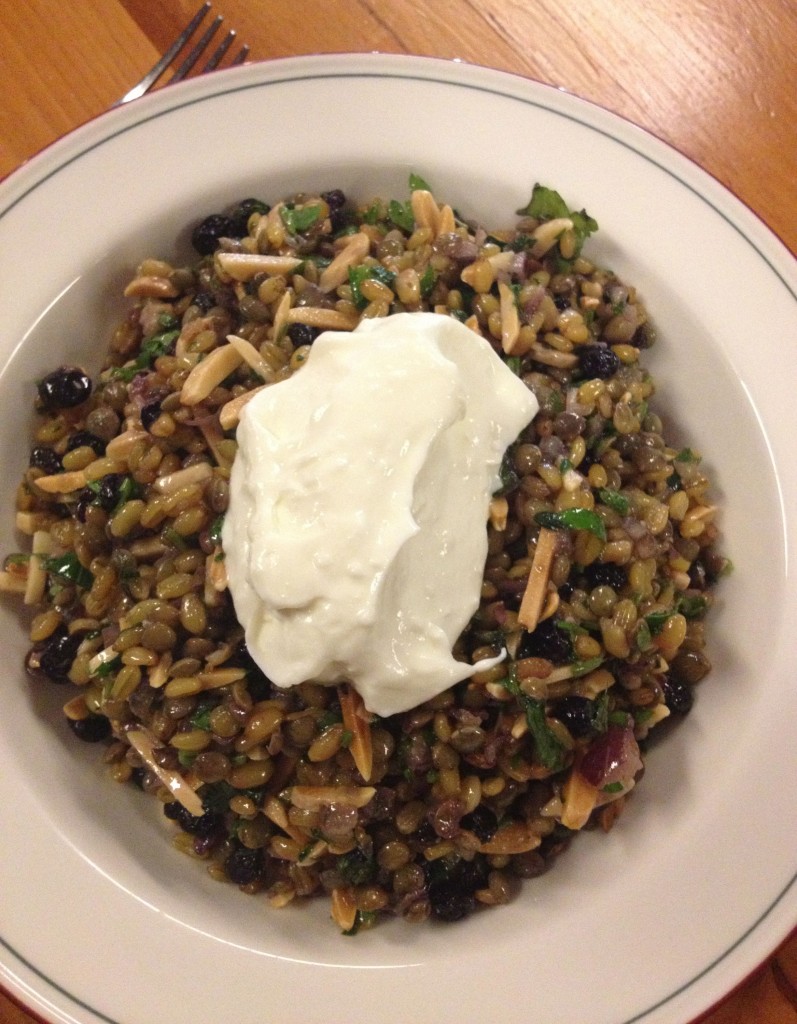 We then had the vegetarian souva, known as the Homer  with falafels, greek yoghurt and hellenic slaw ($7). This was a little tricky to share, but definitely worth it! The bread was soft and delicious and I really liked the falafels which is rare for me. I generally find them a bit on the dry side, but these were delicious. The ratio of falafel to slaw was also good, although the sauce on the slaw made things a little on the messy side! All for a good cause however! 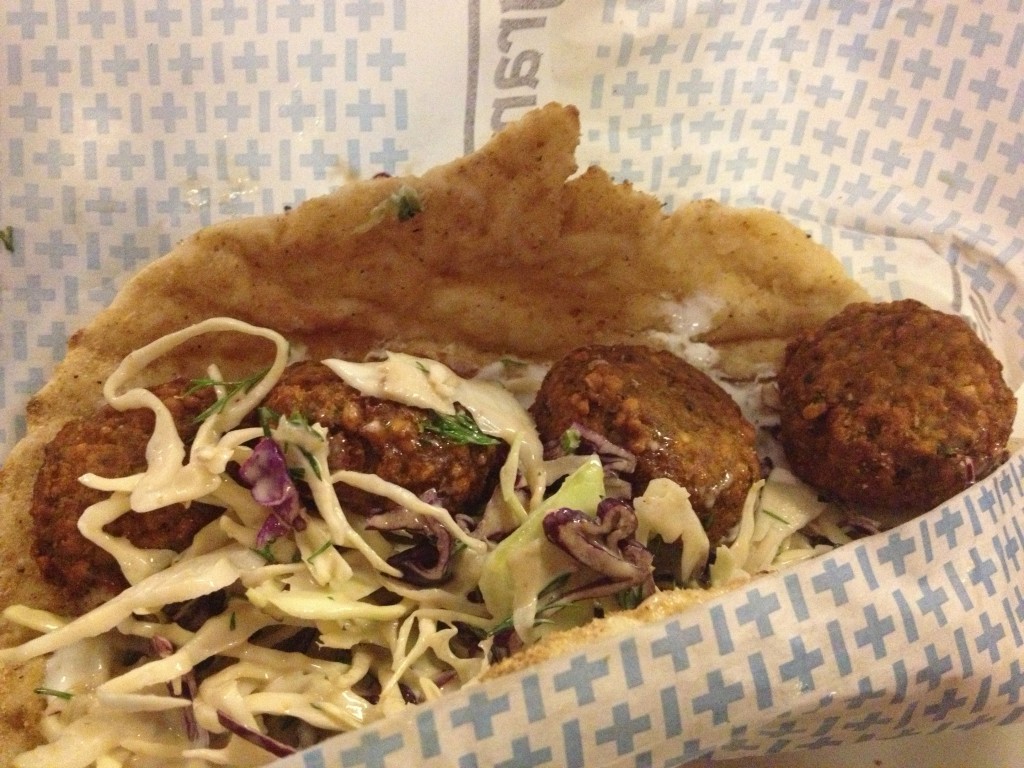 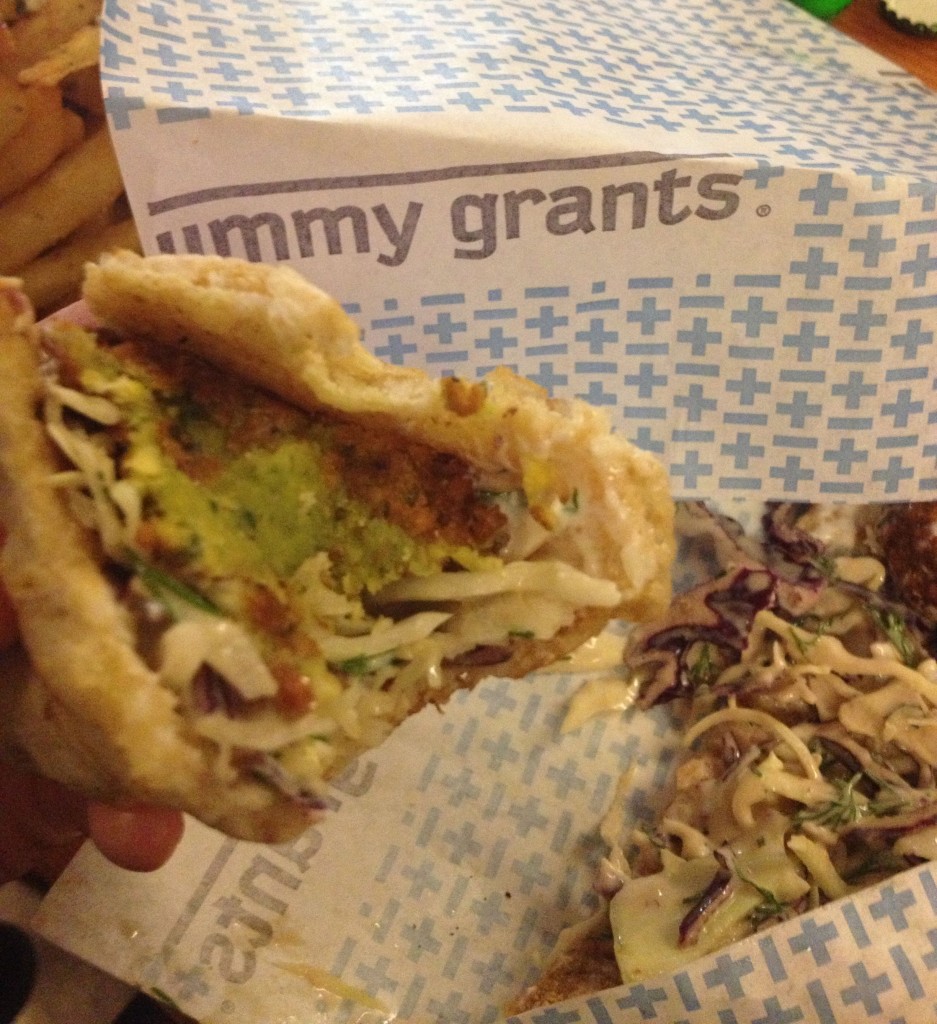 Despite being more than a little full at this stage we decided to get a serve of the Greek Doughnuts with Walnuts and Honey ($6) to take home with us, and I’m so glad we did. These fried balls of deliciousness were luckily still warm when we got home, with a generous drizzling of honey and walnuts over the top. They won the prize for being the messiest part of the meal, but they were definitely worth the sticky residue that was left everywhere after eating them! 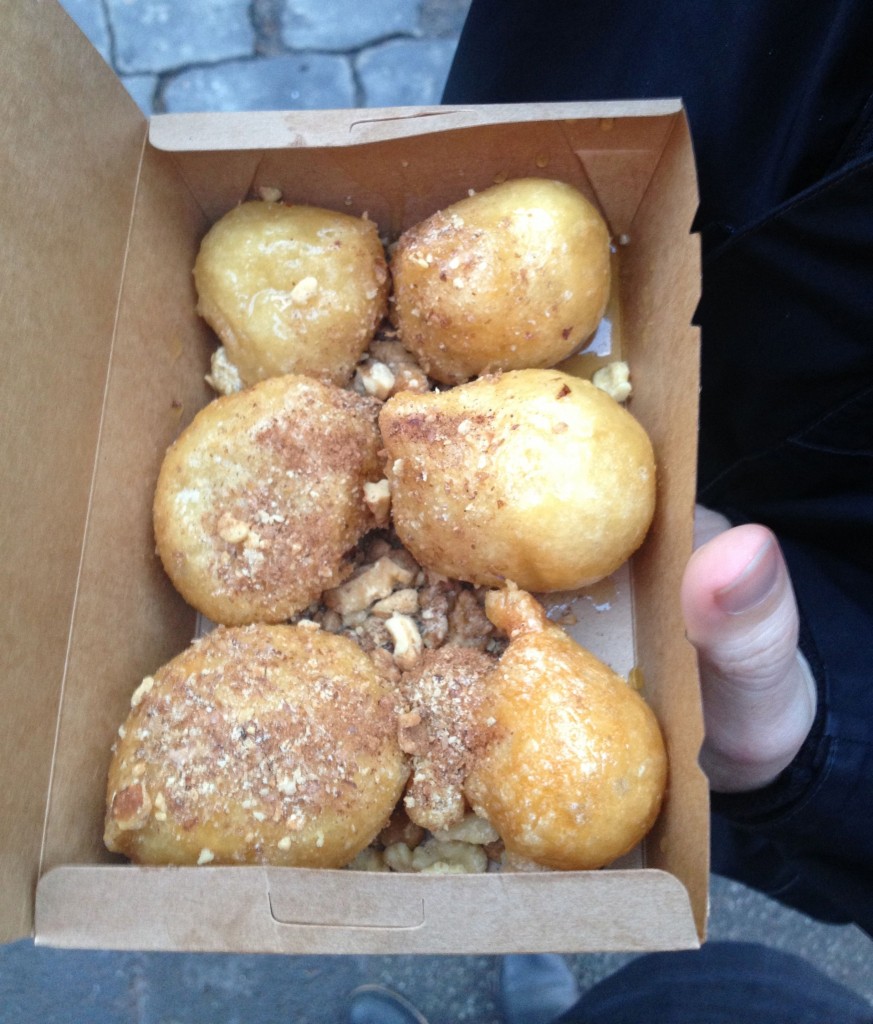 I’m glad we decided to give Jimmy Grants a second try, and I don’t think it will be our only visit either. The food was really tasty, it’s good value for money and the staff were friendly and helpful. Maybe we’ll stick to mid-week visits for now though!

Open 7 days 11am-10pm. Takeaway Available (and delivery is said to be coming soon)

I Spy Plum Pie is Liz, an early 30s kiwi-born, Melbourne raised girl who is passionate about the environment and sustainability, food, exploring and learning new things. Join me on my journey to a happy, sustainable life!
October 26, 2013 by I Spy Plum Pie (admin) | 1 Comment