B and I dined as guests of Shizuku Ramen

Japanese is by far one of my favourite cuisines, and is more often than not my go-to choice when trying to choose somewhere to go out for dinner. In fact, Japan in general is one of my favourite places which most likely started after we had Japanese student teachers live with us for up to 6 months a year for much of my childhood while they were on placement at my mum’s primary school (where she was the Japanese teacher!)

I finally got to visit Japan a few years back with my sister and loved every minute of it – the sights, the sounds and the food, oh boy the food. I think we spent half our trip either eating or thinking about what we were going to eat next! So it’s safe to say when I received an invite to try out the new menu at Shizuku Ramen on Victoria Street I couldn’t say no!

We were given a little bowl of popcorn to snack on while we perused the menu, which had a delicious cheesy-tomato seasoning and was a nice touch given I was rather hungry when we arrived! 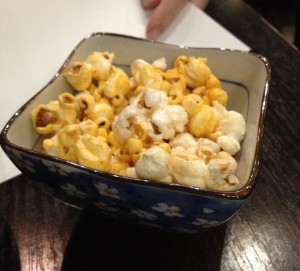 We started with some beers from the very extensive drinks list, which thankfully our waiter was able to guide us through, asking a few questions and then suggesting some Japanese beers to match. I went with a beer that hadn’t even made it onto their list yet, called Yebisu, with B getting the Hitachino Red Rice ($13.90), and we both really enjoyed them, so the waiter clearly knew what he was doing! 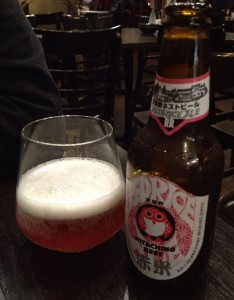 The food menu is equally extensive, but luckily the vegetarian options are clearly marked, although some do contain bonito flakes (which are listed ingredients) so vegos do be aware! We started with a serve of the Silken Tofu ($7) which came with a sauce of soy, kombu dashi & plum and was served with a side salad with a generous coating of kewpie mayo. This was a nice light way to start the meal and the sauce was absolutely delicious. We both struggled with not making a mess of the silken tofu with our chopsticks, so clearly I need some more chopstick practice! I’ll never say no to kewpie mayo, so the side salad was pretty quickly demolished as well. 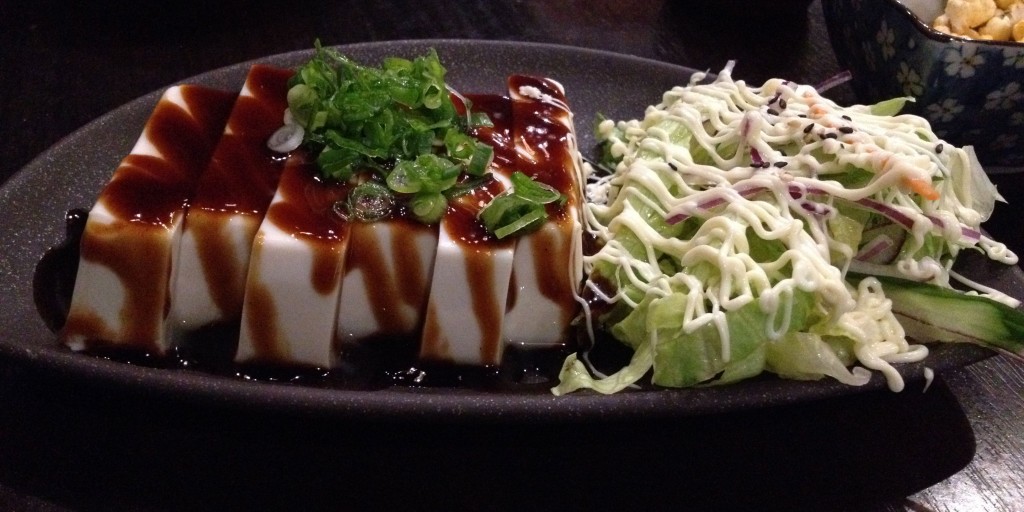 We then went with a serve of the Shizuku Spring Rolls ($10) as B can never go past spring rolls! These were no ordinary spring rolls however, as they were filled with melted cheddar and edamame young soy beans, and served with a slightly spicy plum sauce. These were really interesting, in a good way! The sauce was the perfect balance to the richness of the melted cheese and the batter was light and crispy. B was particularly taken with these, which is a good sign given his love for spring rolls!

Look at that filling! 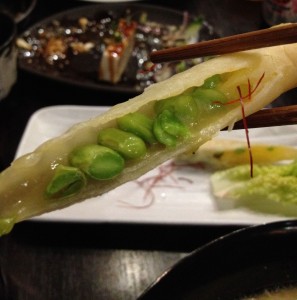 Then we were on to the main affair! The ramen list was unsurprisingly very extensive, however there was just the one vegetarian option, albeit with three choices of broth. I went with the miso option ($15) and was served an impressively large bowl filled with a great balance of ramen and mixed vegetables. This was really tasty, although in hindsight I should have paid attention to the ‘extras’ list and added a soy flavoured egg ($2) to give something a little extra to the dish. Regardless, I happily slurped my way through the bowl, bringing back great memories of all the ramen my sister & I had eaten back in Japan. 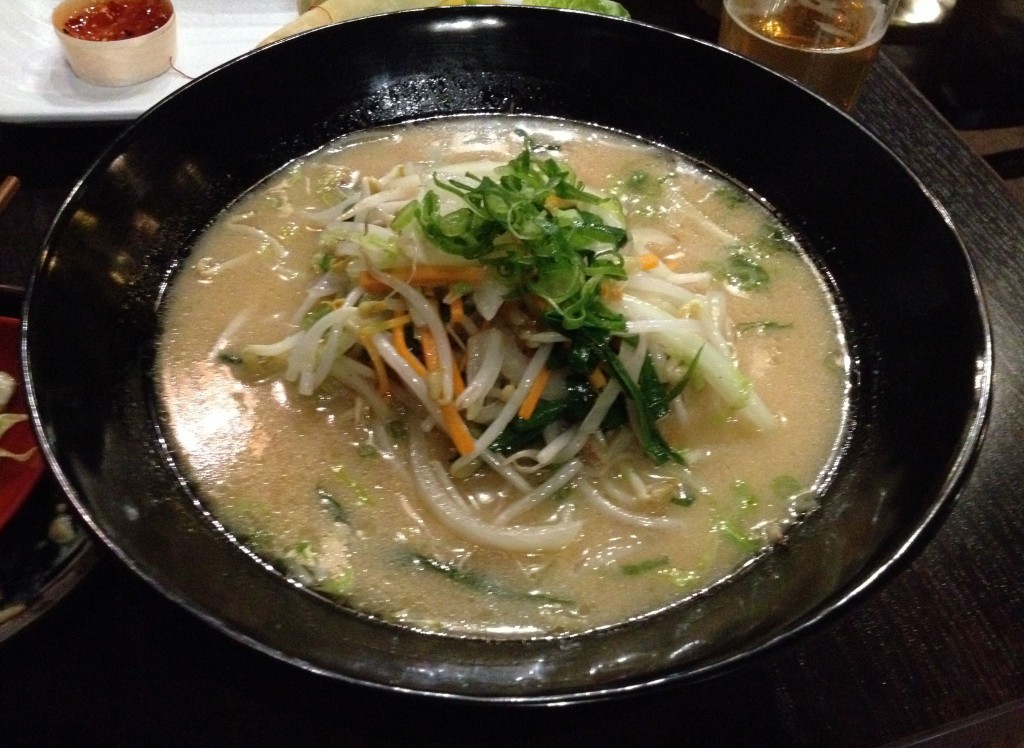 B decided to go with the more out there option – the Ramen Burger ($15) which consists of ramen as the burger patty ‘bun’. The vegetarian version is filled with miso eggplant, and comes with a serve of miso soup as well. B absolutely loves miso eggplant so this was always going to be right up his alley, and it didn’t disappoint. It was a little on the tricky side to eat but he did a very impressive job, and was a very happy camper. He let me try a few bites and whilst I thought it was really tasty I think I prefer the traditional version of ramen, but that’s okay! 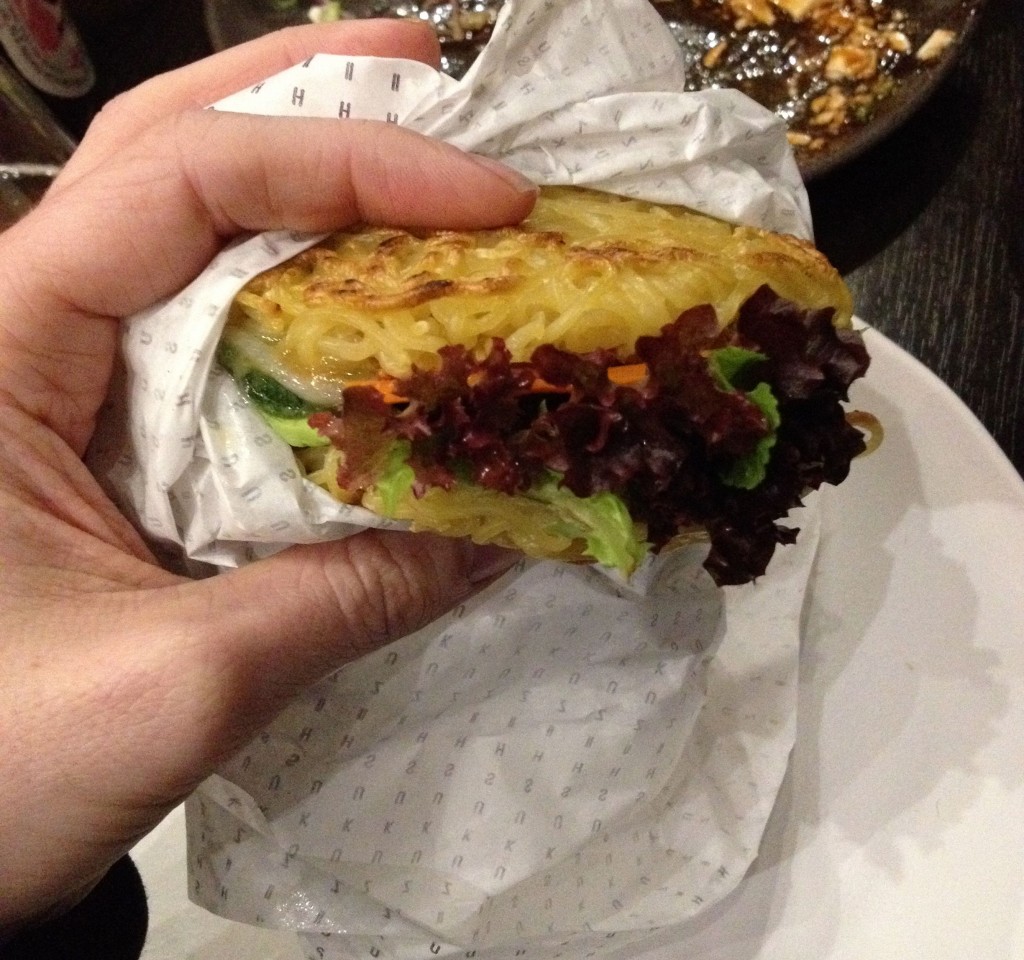 Despite the fact that at this point I was incredibly full, we decided we couldn’t leave without sharing a dessert so ordered a serve of the Green Tea Ice Cream ($6). This came with a black sugar syrup and was dusted with soy bean powder and was the perfect way to end our meal. The syrup was incredibly sweet, but it worked really well to balance the green tea ice cream without overpowering it, and it’s safe to say there was nothing left in this bowl! 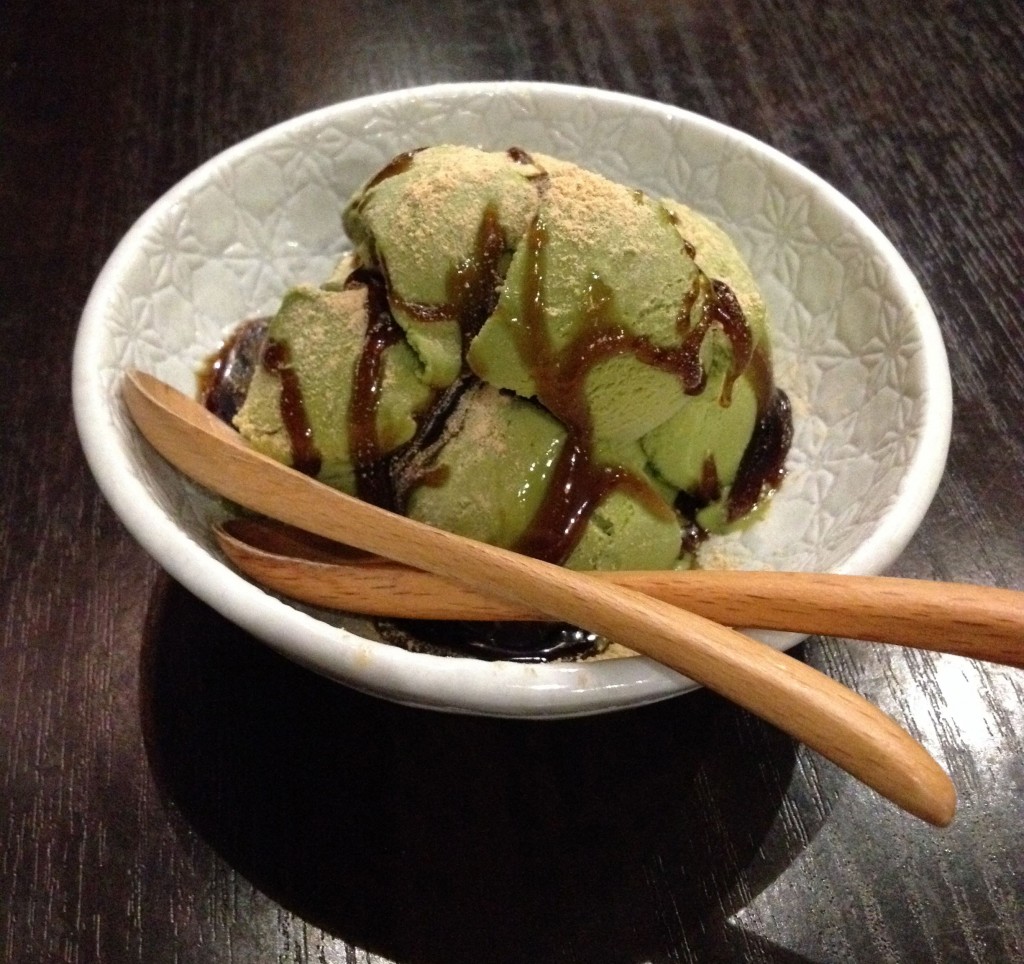 Overall we had a really delicious meal and left so full that despite it being a freezing cold Melbourne night we decided it was best to walk home! We were impressed with the knowledge of the waiter, after informing him we were both vegetarian he was quick to check the ingredients of everything we ordered, and even double-checked we were okay with cheese, which is always appreciated. I think the serves were generous for the price and given the large list of sharing dishes I think it would be a good option for large groups – there’s definitely enough choice!

Lucky for me it’s not too far from home, so I think it’s safe to say we’ll be back when I next need a ramen fix!

We ate as guests of Shizuku Ramen however this did not impact on our opinion of the food – honesty is key around here! For more information check out my disclosure policy

I Spy Plum Pie is Liz, an early 30s kiwi-born, Melbourne raised girl who is passionate about the environment and sustainability, food, exploring and learning new things. Join me on my journey to a happy, sustainable life!
July 19, 2014 by I Spy Plum Pie (admin) | 2 Comments