This bright yellow spice has been making a splash in the health food scene lately so I thought it was about time I did a Spice Guide: Turmeric! I’ve got you covered with everything from where it comes from, its most common uses and pairings and more! 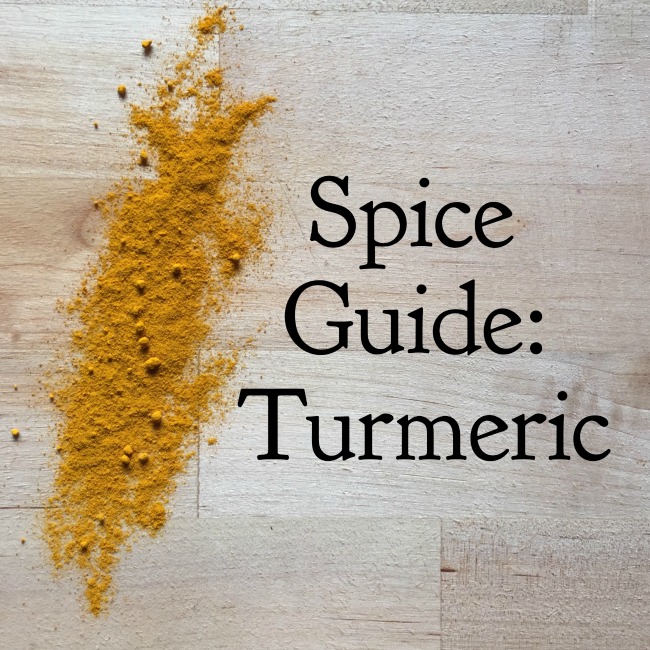 Turmeric is related to ginger and is native to Asia, where it has been used for both dye and for its medicinal properties in cooking for thousands of years. It was grown in both southern India and Indonesia and was brought through the Middle East and then was being used in Europe by the 13th Century.

Turmeric is grown in a similar way to ginger but the root is then boiled, dried and ground into a powder for use. It can also be used fresh or pickled, but this is much less common. Nowadays most commercially produced turmeric is grown in India, Indonesia, Taiwan and China.

Turmeric has a strong, earthy aroma and a warm, slightly peppery and bitter flavour. It is most commonly used in savoury dishes, but does appear in some sweet dishes as well. Turmeric is not usually used alone, but instead as part of a combination of spices to round out the flavour profile of a dish.

Turmeric is also used as a colouring agent in food as just a pinch can impart a strong yellow flavour, similar to what can be achieved with saffron but at a fraction of the price!

It’s used extensively in curries across most of the common cuisines, as well as rice dishes, soups, stews, braises, grains and with fish and seafood. It is also used with eggs, in mustards, pickles and relishes, as well as with root vegetables. As a colouring agent it often shows up in cereals, sauces, dairy products, baked goods and even some ice creams.

Turmeric is also seen to have medicinal properties including reducing inflammation, aiding digestion, reducing symptoms of the common cold, throat infections or liver ailments and even topically to treat some wounds. It is currently being studied to see whether turmeric can have wider medicinal uses including treating kidney disease, arthritis, Alzheimer’s, diabetes and more. No wonder it is showing up on the menu of all the health food cafes these days! You can get all the health benefits of turmeric by ordering it from Amazon with just a click of a button.

The most common spices turmeric is paired with include:

In line with its health food status I thought I would share the how-to on making a golden latte, which you can find on the menu of pretty much every somewhat healthy cafe in Melbourne these days! If you can get your hands on fresh turmeric then use that, but otherwise fresh, ground turmeric works well too! 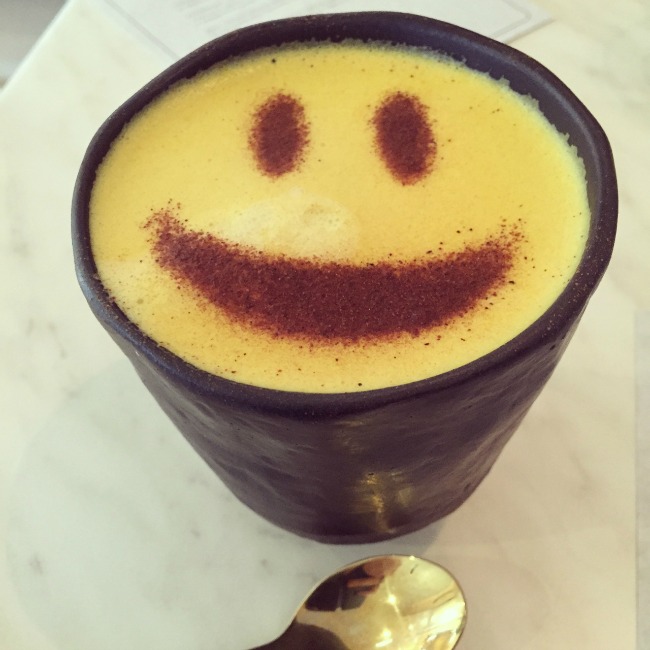 I hope this Spice Guide: Turmeric has been helpful! Have you tried a golden latte before?

I Spy Plum Pie is Liz, a mid-20s kiwi-born, Melbourne raised girl who is passionate about the environment and sustainability, food, exploring and learning new things. Join me on my journey to a happy, sustainable life!
July 16, 2016 by I Spy Plum Pie (admin) | 6 Comments