For the last few days of our trip we flew to the island of Espiritu Santo, or just Santo as it is known, which is north of Port Vila and the largest island in Vanuatu. The capital of Santo is Luganville, which is the second largest city in Vanuatu, although we were staying outside of the city at a resort called Turtle Bay Lodge.

Santo is much less frequented by tourists than Efate (the island where Port Vila is located) although it is very popular with divers as it was used as a base by the Americans during the World War 2, and when the war ended they dumped all kinds of machinery and equipment into the ocean, which apparently makes for pretty amazing diving! Although we are not divers we had heard some great things about the island, so thought we’d take a few days to explore parts of it for ourselves, whilst also enjoying some downtime (from what was clearly an otherwise stressful holiday!) at the resort.

We were met with some tropical downpours throughout our few days in Santo, although most days they eased off enough to not interfere too much with the limited plans we had made – and also gave me a chance to get stuck in to some of the books I had planned to read! The resort was located on a bay that linked a river and the ocean, so at low tide we were able to walk straight out onto the reef to have a look around, which I really enjoyed as I loved rockpooling as a kid. 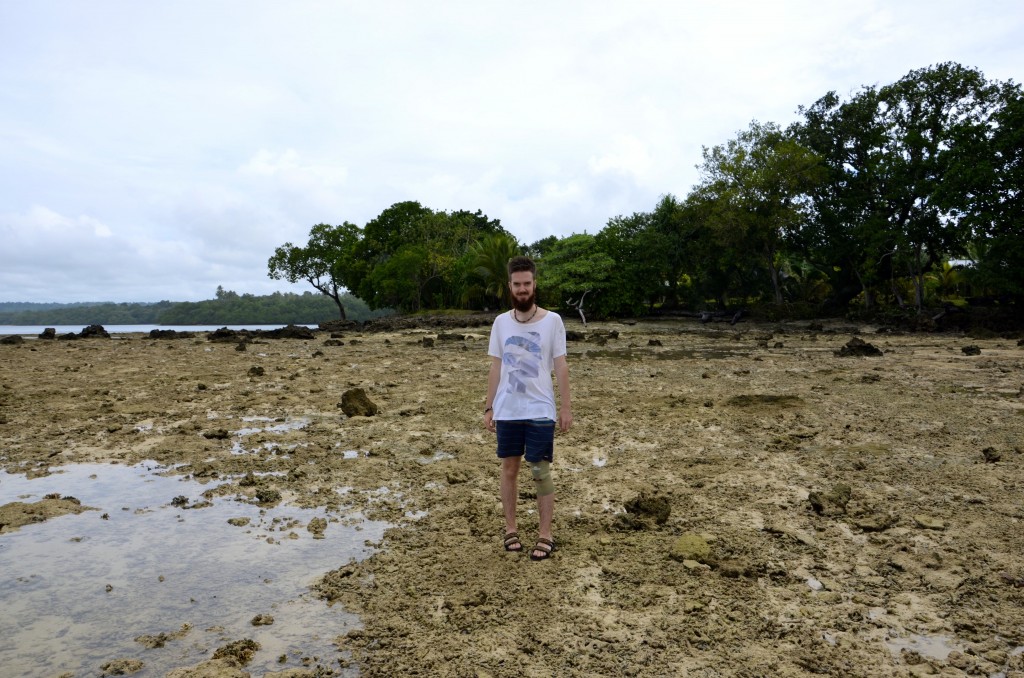 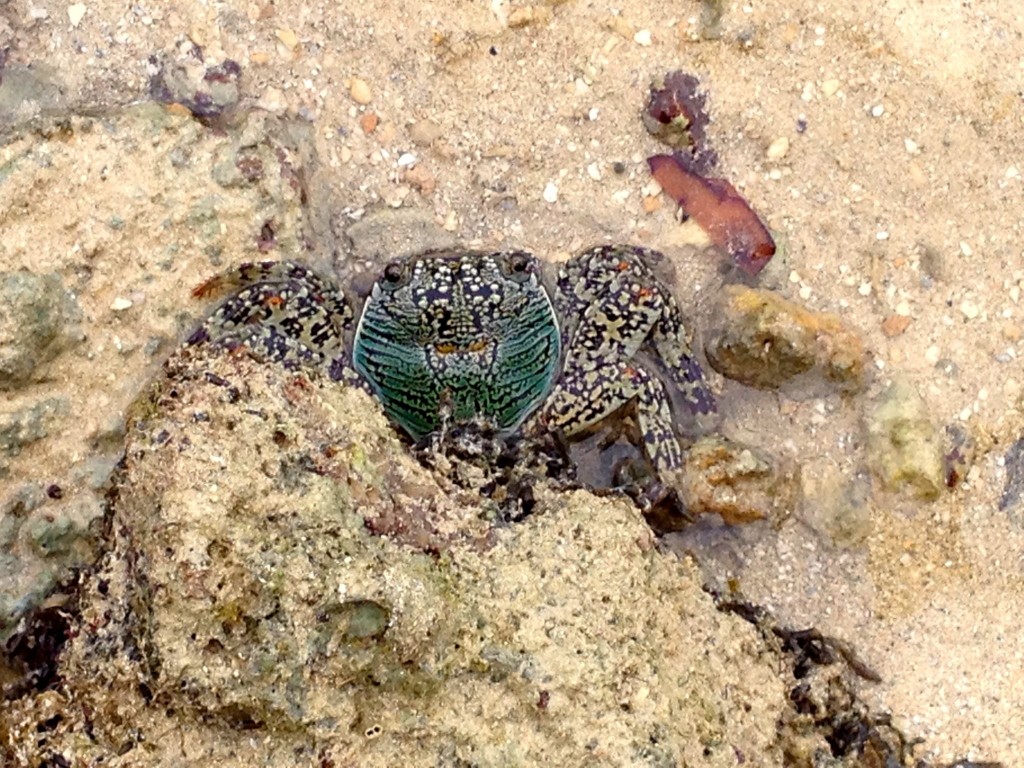 We also took kayaks out one morning for a trip around the bay which was rather exhausting, but gave us a wonderful view of the surrounding islands and scenery. We had planned to further the trip up the river but unfortunately due to the rain the day before it was flowing rather rapidly and paddling upstream just didn’t look like much fun! 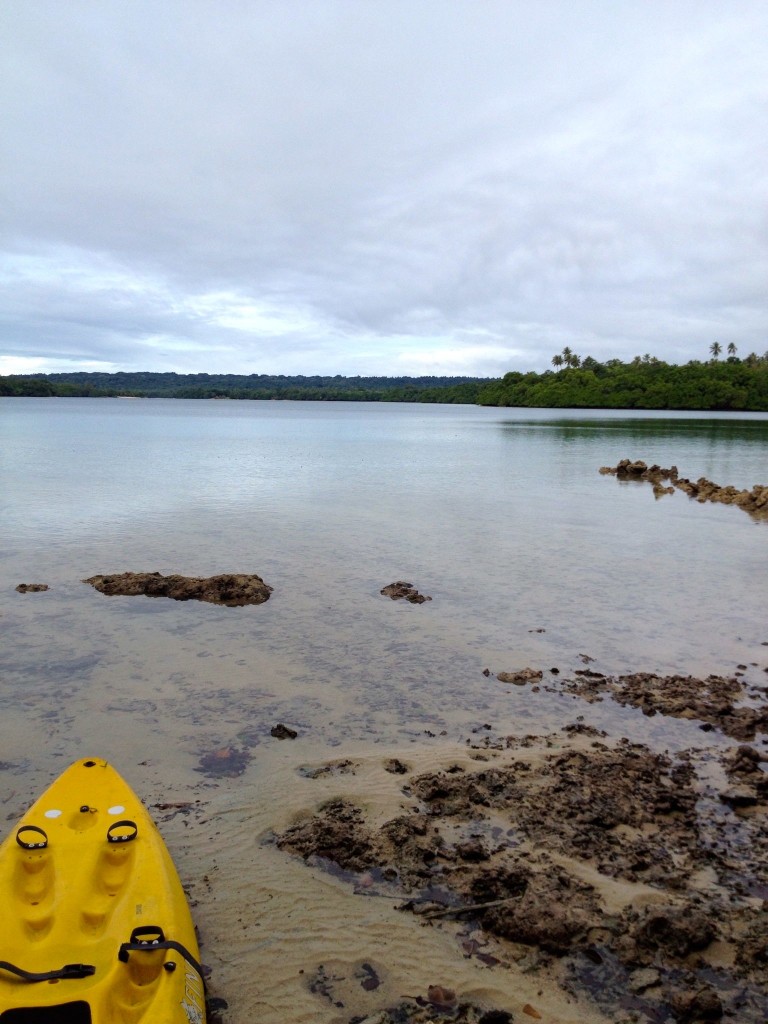 One of the things Santo is most famous for is it Blue Holes – which are exactly as the name suggests! They are freshwater lakes/pools which are a brilliant blue in colour thanks to limestone. The water is amazingly clear and they are pretty magical places to visit. The first Blue Hole we visited was the Matevulu Blue Hole, which is the largest in Santo and even has a couple of rope swings set up by locals! It was rather rainy while we were there but that didn’t stop us from having a swim, and occasionally the sun would pop out to really make the water sparkle! 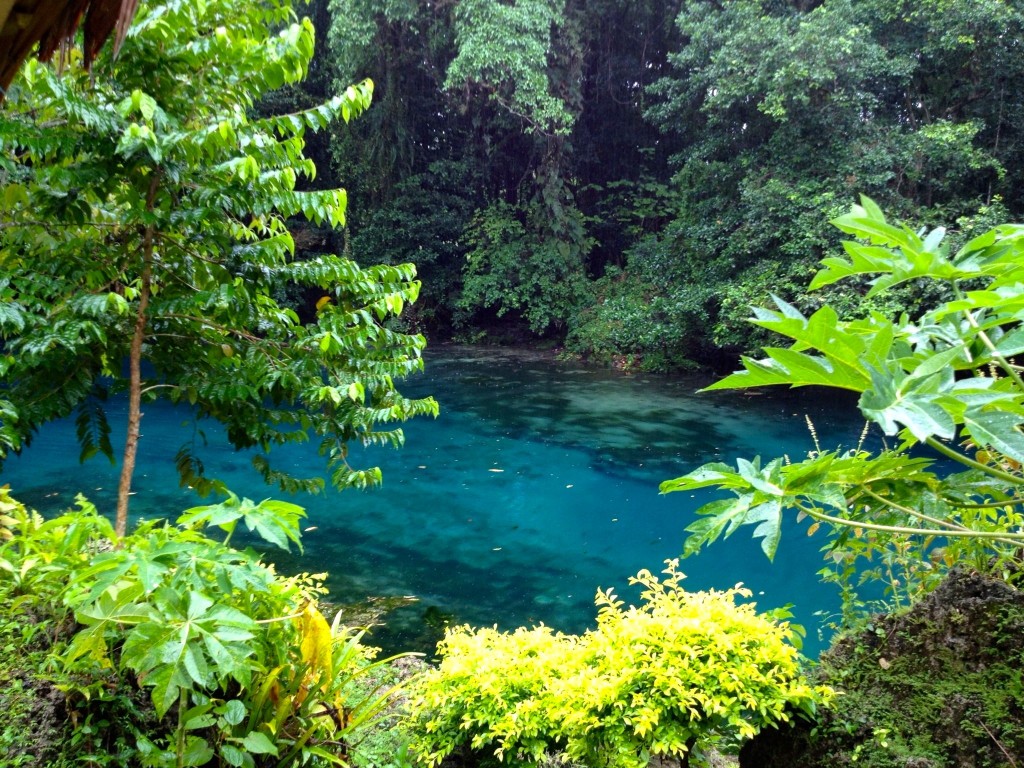 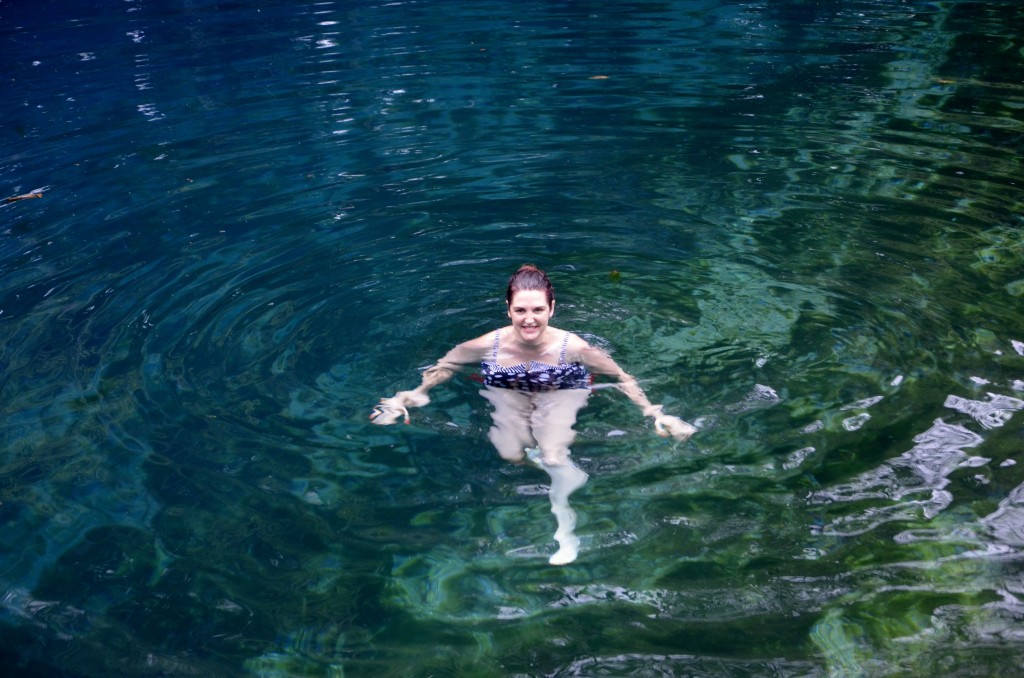 We went on one day trip while on Santo, and were lucky enough to get some pretty beautiful sunshine for most of the day. The trip started with a visit to Champagne Beach, which is one of the most famous beaches in Vanuatu. We were very lucky that other than the 4 of us on our tour there were only 4 other people on the whole beach – oh and some cows! The beach is private property and organic beef is one Santo’s main exports, so the beach is really just an extension of the cows paddock! Rather surreal to be in such a beautiful, isolated location and hear cows mooing! 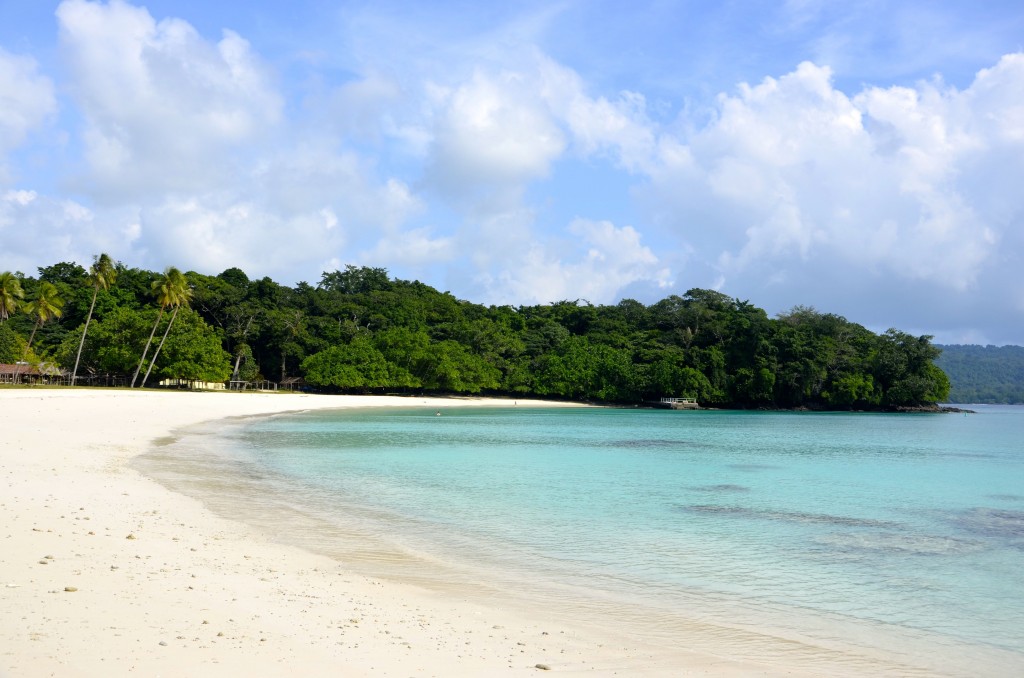 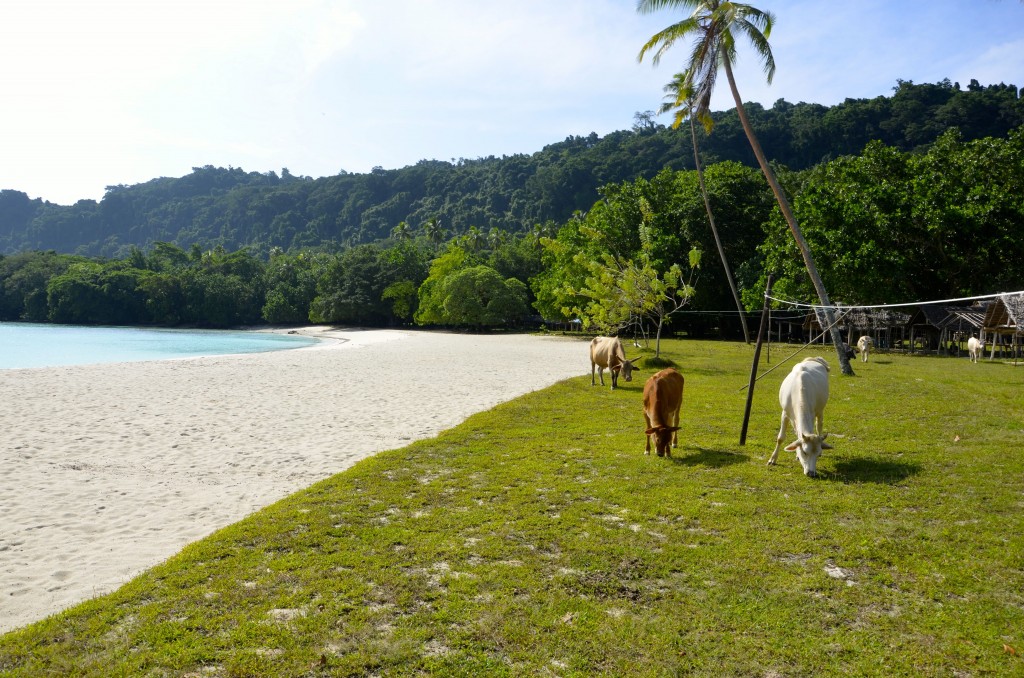 The beach was absolutely stunning and it was rather obvious why it’s so famous! Apparently it’s one of the cruise ship stops so I’m very glad there wasn’t a ship around that day or it wouldn’t have been anywhere near so serene! The water was warm, the sand was white…I was one happy person, that’s for sure! 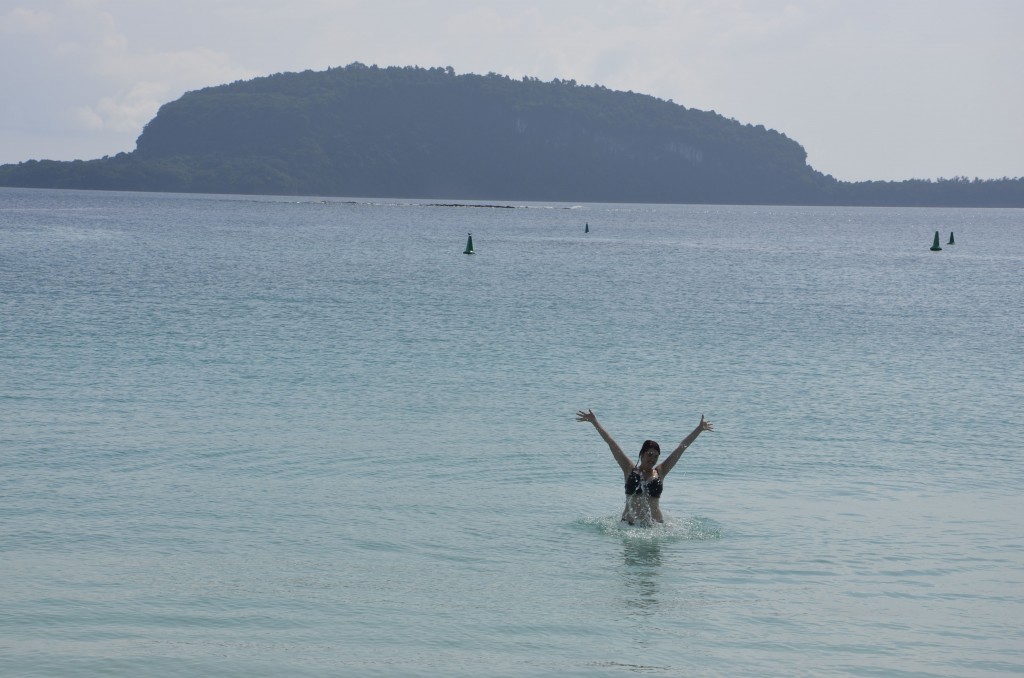 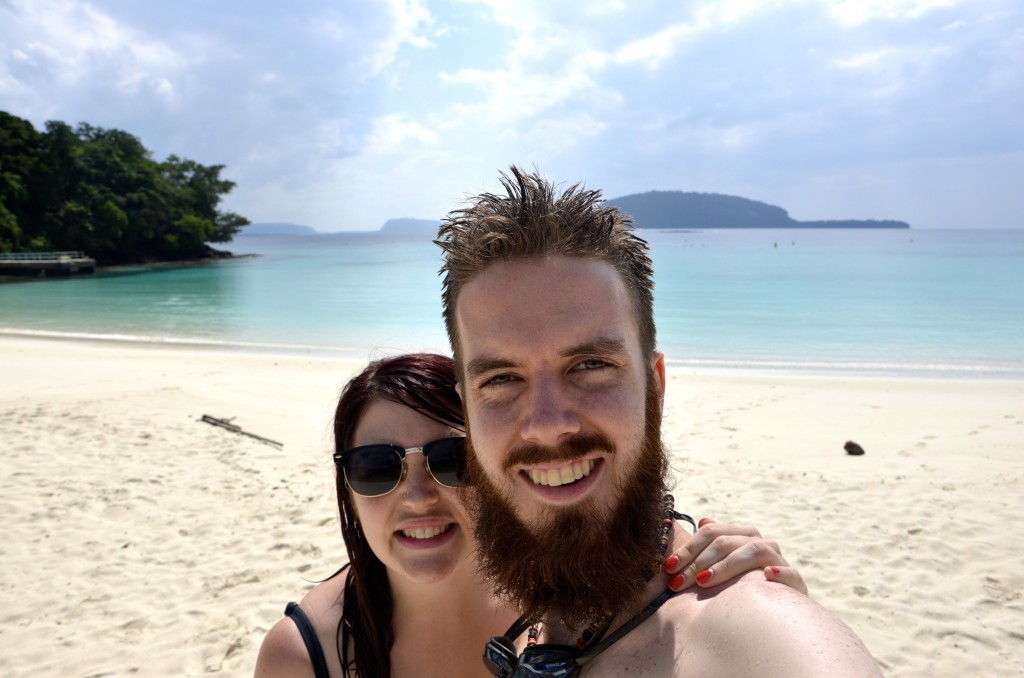 The next stop on our tour was Port Orly, which is a cute little fishing village. The others went to a little restaurant for lunch but B and I brought lunch from the resort as we were doubtful of our chances of vegetarian food – which was lucky as the menu consisted of lobster, lobster, lobster oh and some fish! While they waited for their lunch I took the opportunity to go for a wander along the beautiful beach, and to also have a nosy at some of the houses in the village. They were nothing like anything I had seen before as they were almost all built either around, or in trees! Amazing! 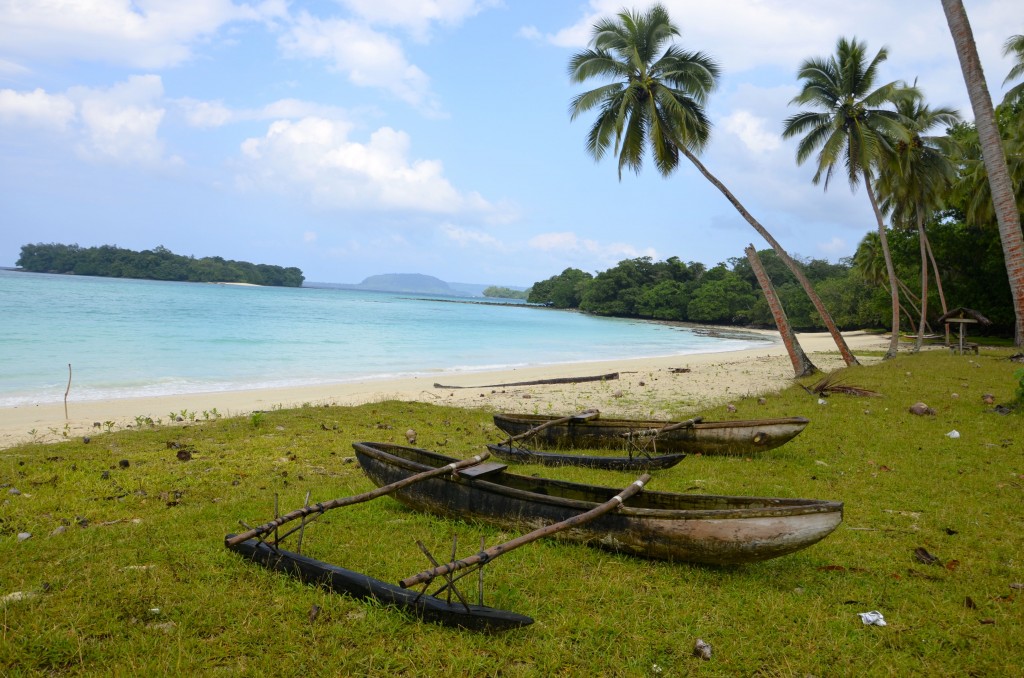 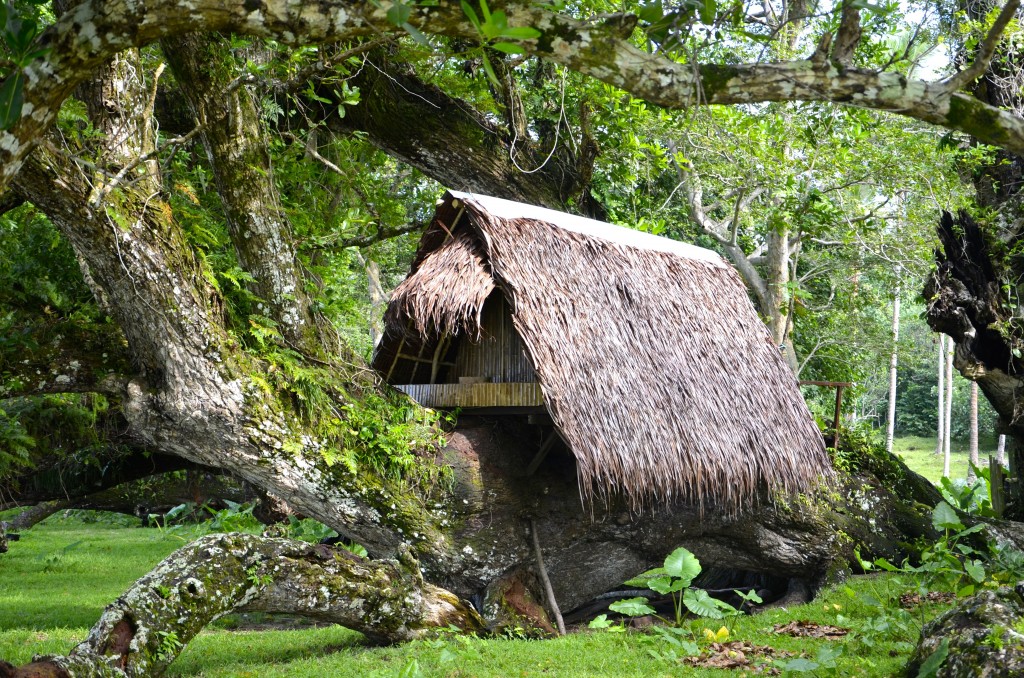 Our last stop for the day was to another Blue Hole – this time the Port Orly Blue Hole, which was quite a bit smaller but also a lot less rainy than the one we had previously visited. We took our snorkels with us and had a great time watching the fish and exploring the gorgeous surrounds. 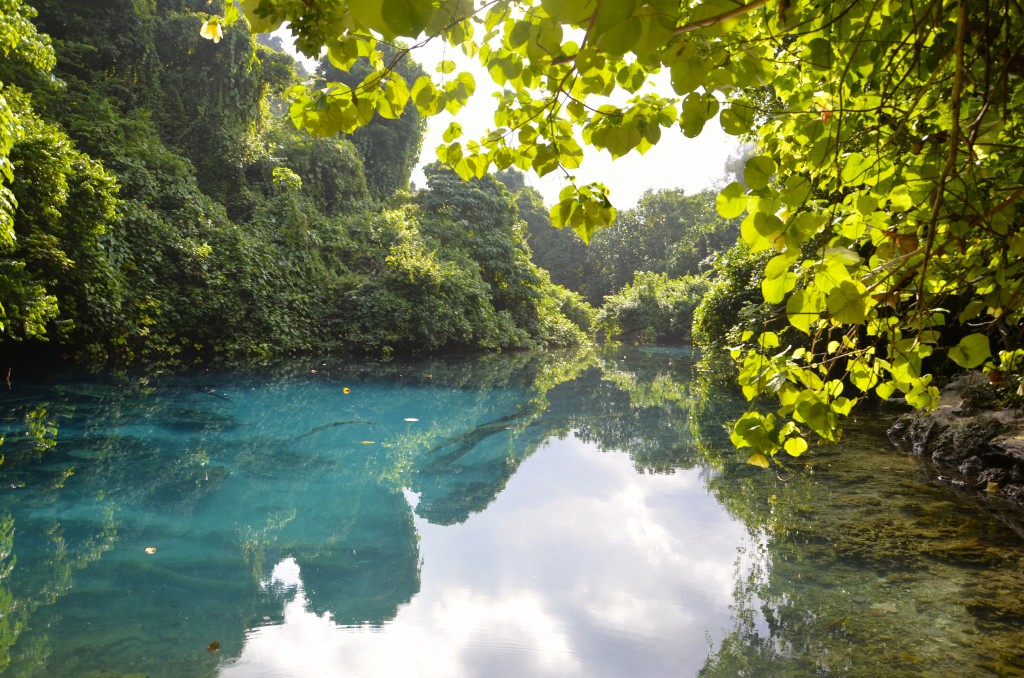 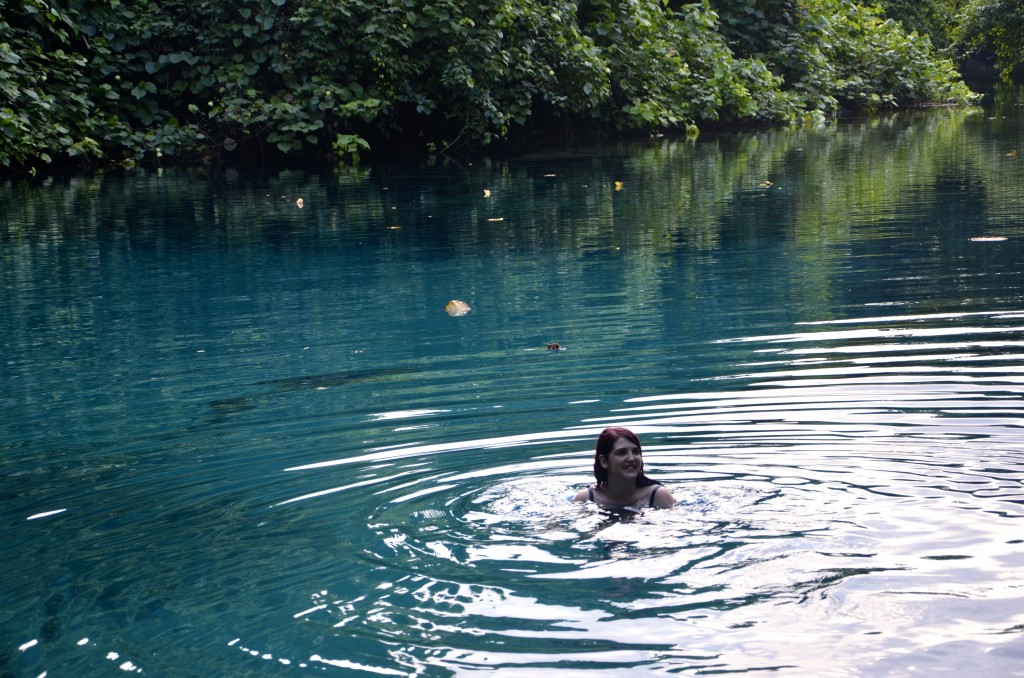 It was a pretty spectacular day and a great way to see some of the most popular parts of Santo. The popularity of the island with tourists is apparently growing every year, and there are even direct flights from Brisbane now so it’s definitely worth a visit. The resort we stayed at was really lovely as well, with a gorgeous deck right on the water where you could sit for meals – and they catered well for vegetarians too! We ate almost all our meals at the resort and not only did they have multiple options but they happily altered some of the other dishes for us to turn them vegetarian. If you read my last post about us finding food in Port Vila then you’ll know how happy having choice made us! I didn’t eat pizza the whole time we were in Santo! The resort was an excellent place to spend the last few days of our trip and I think we were both really glad we decided to see more of the country by visiting a second island. 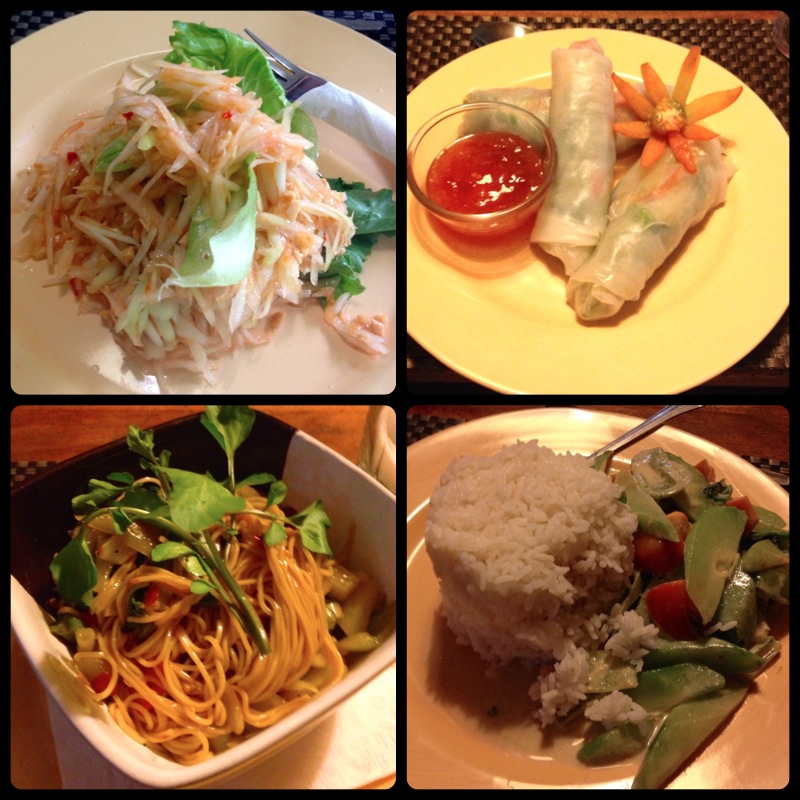 And that friends was our holiday! I hope you enjoyed these posts and if you’re looking for somewhere to go for a holiday that is close to Australia and full of friendly, welcoming people I can’t recommend Vanuatu highly enough. Feel free to ask me any questions if you’d like to know more!

Now it’s time to start dreaming of my next holiday (whenever that might be!). Any suggestions?!

I Spy Plum Pie is Liz, an early 30s kiwi-born, Melbourne raised girl who is passionate about the environment and sustainability, food, exploring and learning new things. Join me on my journey to a happy, sustainable life!
June 8, 2013 by I Spy Plum Pie (admin) | 2 Comments