One of the first day trips we did whilst staying in Port Vila was to Lelepa Island – a small island off the coast of Efate. The tour is run by locals, with all the profits of the tour going into the village on the island, which was something that really attracted us to doing the day trip. And as an added fun-fact, the series of the tv show Survivor that was set in Vanuatu was filmed on this island!

The trip started with us being picked up from the hotel and driven around the mainland to meet a boat which would take us to Lelepa. There were only 6 of us on the tour, and whilst we were heading out across the bay we were joined by some dolphins – which was a pretty magical way to start our adventures. 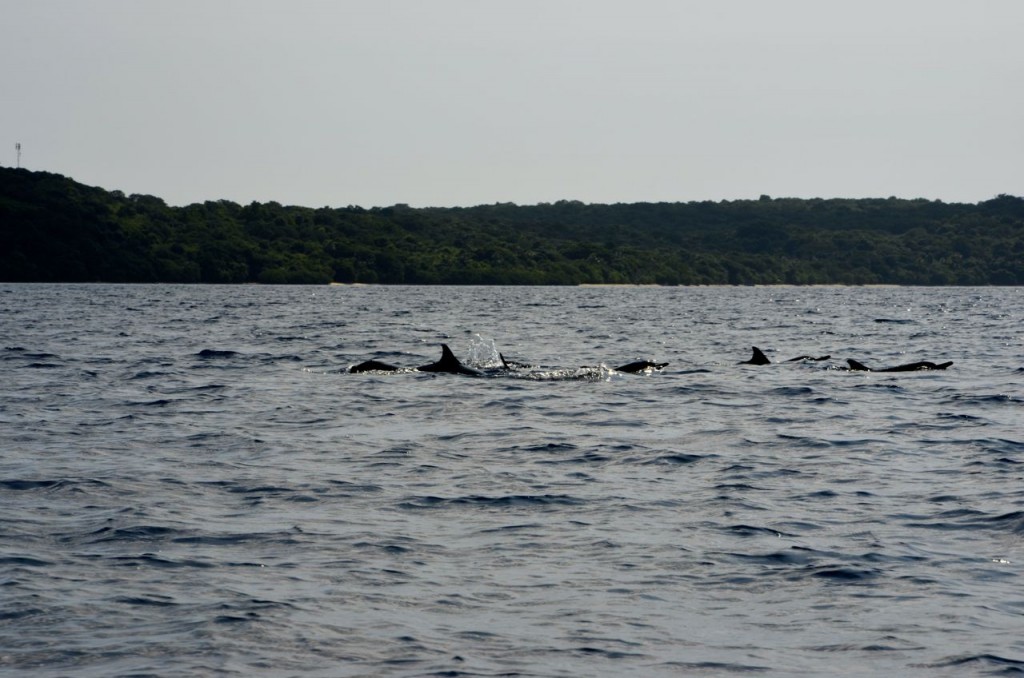 When we arrived on the island our guide for the day, Aaron, took us for a walk through the bush and pointed out some of the plants that were used for various ailments and also taught us a bit about how they are able to tell when it’s a good time to fish, and when a cyclone was on its way by watching changes in some of the plants and animals on the island. It’s amazing to think that even though they now have access to what we consider high-tech instruments, they can tell when a cyclone is forming long before the meteorologists can by watching where hornets are nesting. Nature is a marvellous thing! We also went into a cave which historically was used for sick, and elderly people, but was also apparently the scene of a challenge from Survivor. 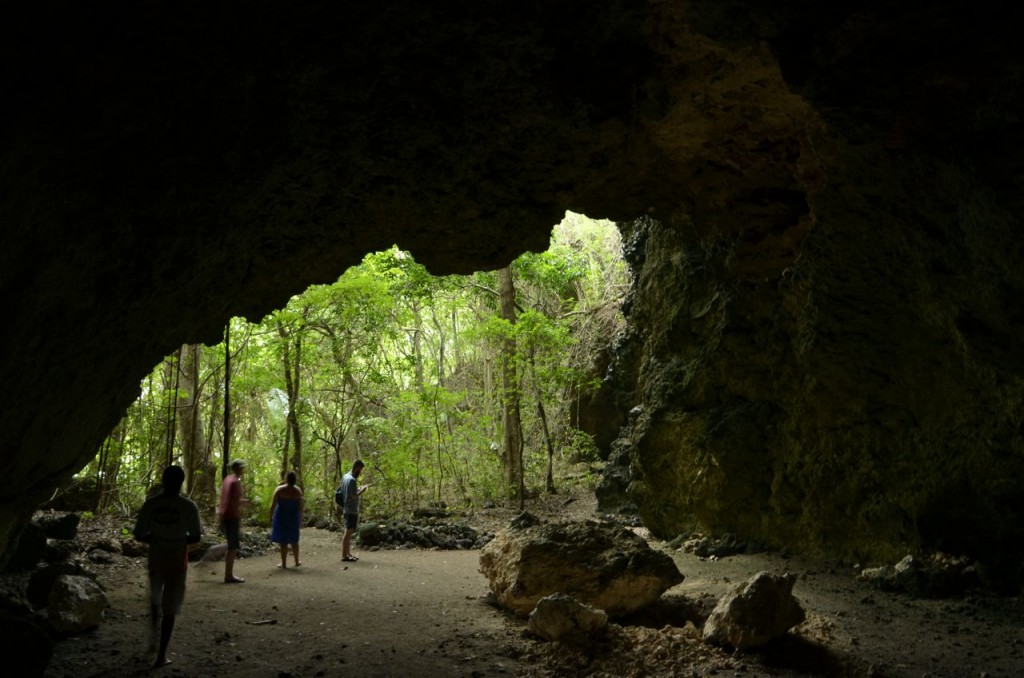 We then came to the beach where we were to spend the first half of our day. It was beautiful. So peaceful, with crystal clear water and bright white sand and a perfectly placed hammock for resting in between snorkelling expeditions. Needless to say some very happy time was wiled away on this beach! 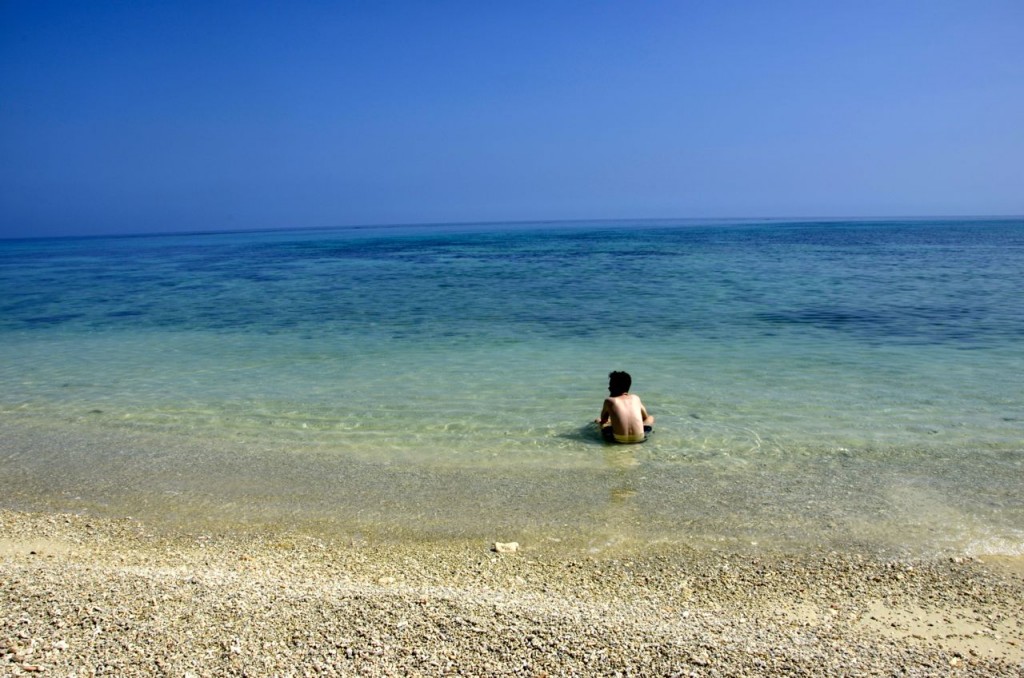 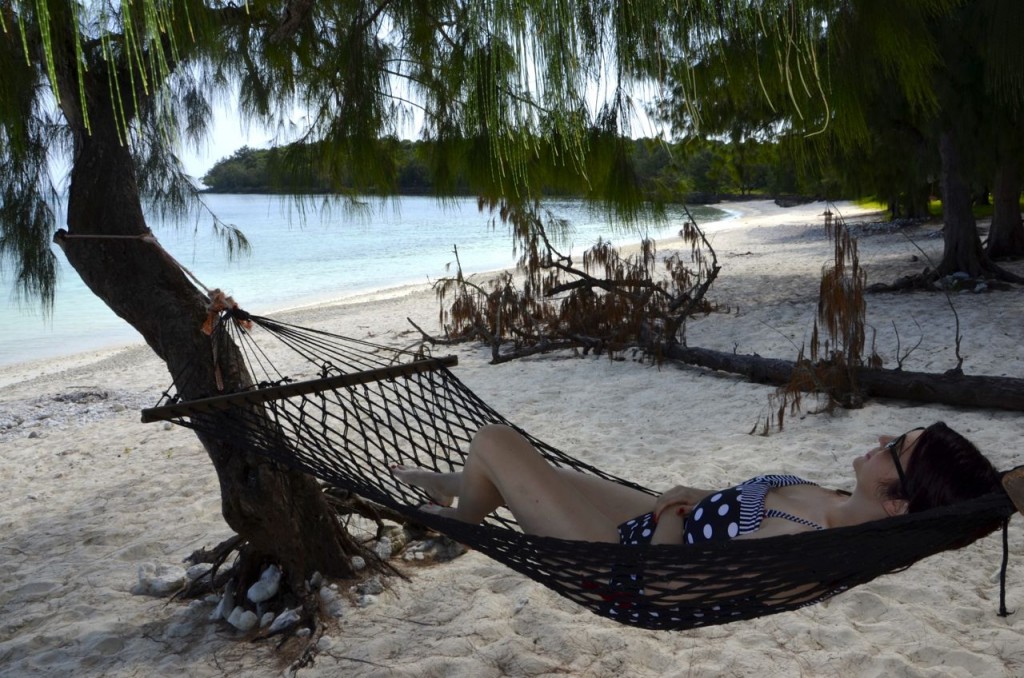 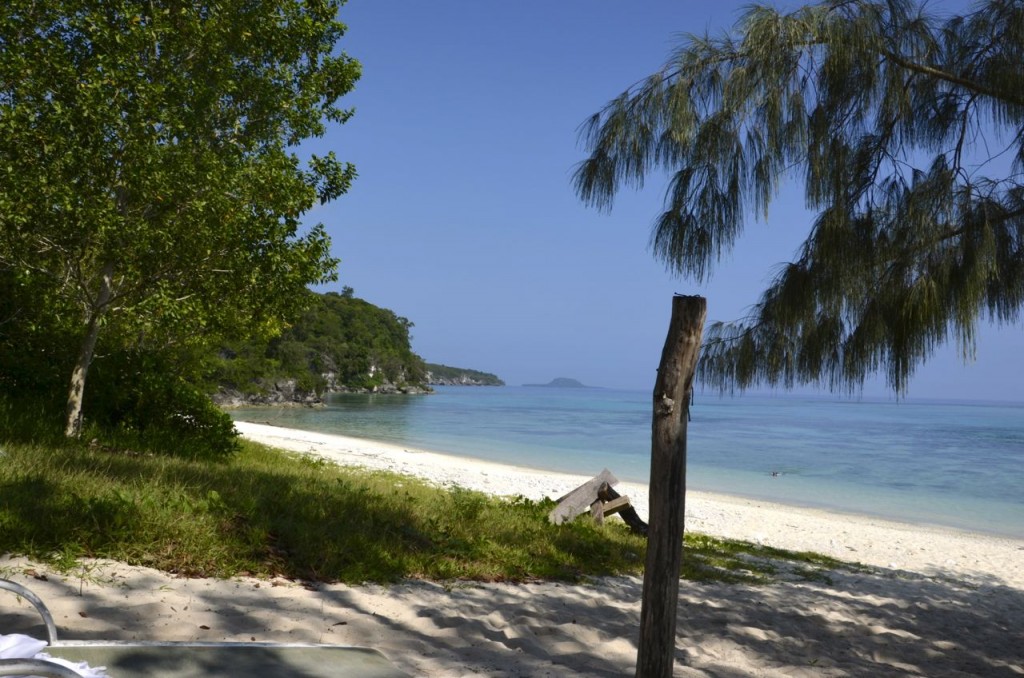 After a barbeque lunch (sans the meat for B and I!) we hopped back on the boat and headed around to the other side of the island for a spot of snorkelling off the side of the boat. The fish here were amazing! So many different colours and sizes and patterns – we happily swam around for ages just following them around their coral playground. Blissful! 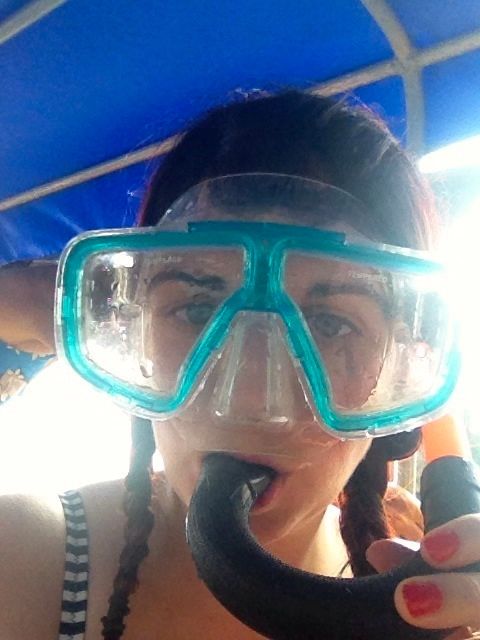 Once we had snorkelled until we couldn’t snorkel anymore we were taken to the village where we met some of the locals, and saw some more adorable kids, who all love posing for photos! It was really interesting to get to walk around their village and get a bit of a feel for how they live, and what their buildings are like. They really do build for the conditions so well, using what they have available to them and the level of craftsmanship in the weaving and construction was really something! 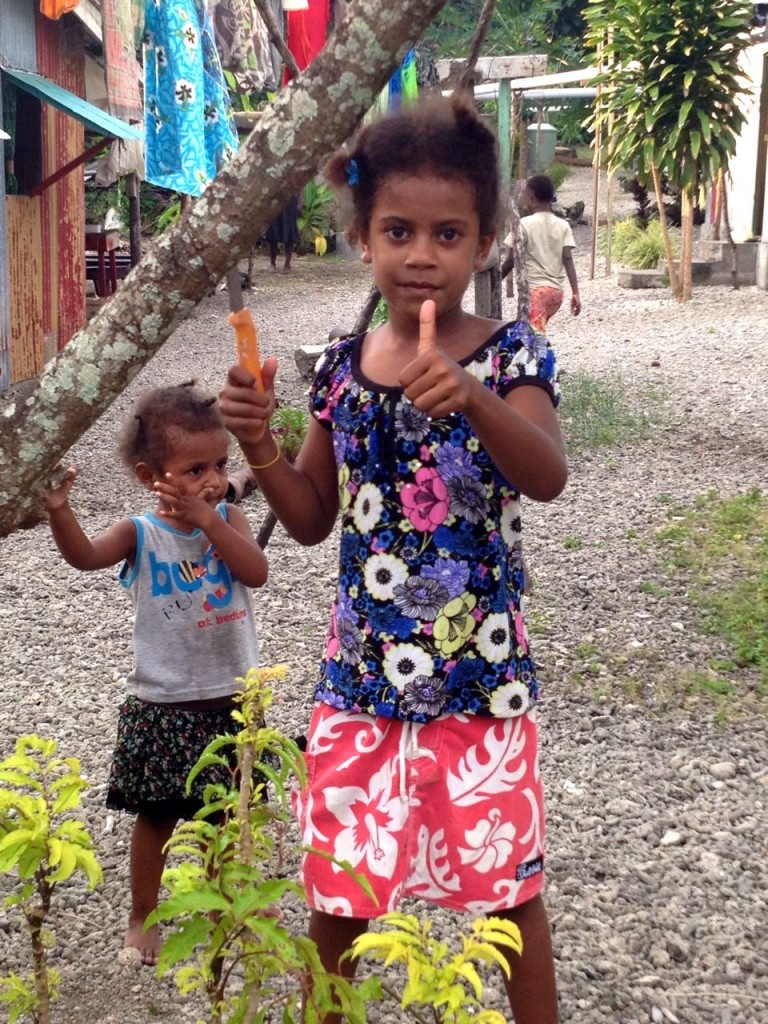 I don’t know why she’s holding a knife either… 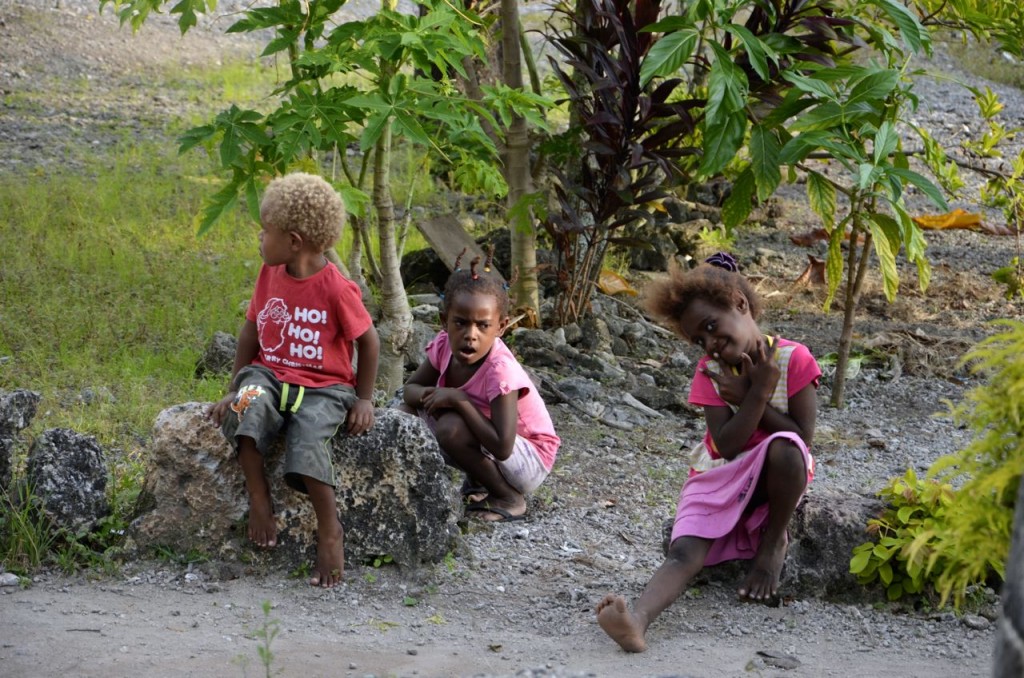 And with that it was time to get back on the boat to head to Port Vila – although not without an escort from some more kids. I have a feeling growing up on these island would be amazing fun! I was reminded of the Buddha Postures in Thailand because of the peacefulness and calm. 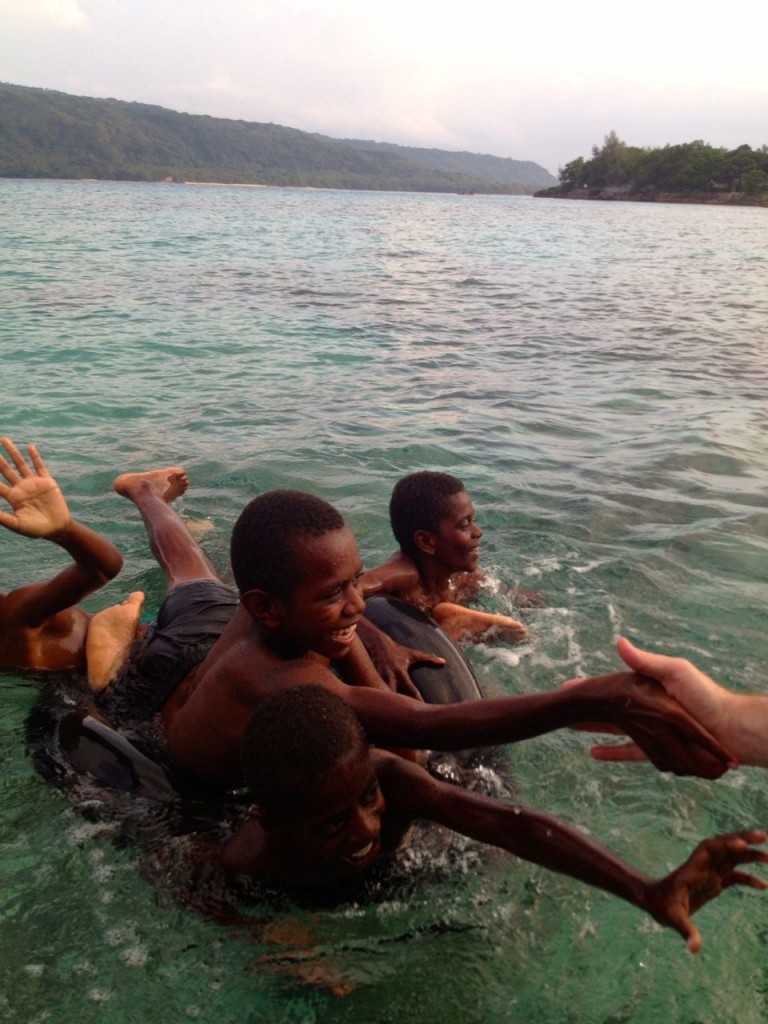 It was a pretty spectacular day and we loved every second of it. If you’re ever considering a trip to Vanuatu I would put it extremely highly on your to-do list, it definitely came out close to the top of our holiday adventures.

Have you ever done a trip like this? How cute are those kids!

I Spy Plum Pie is Liz, an early 30s kiwi-born, Melbourne raised girl who is passionate about the environment and sustainability, food, exploring and learning new things. Join me on my journey to a happy, sustainable life!
May 31, 2013 by I Spy Plum Pie (admin) | 4 Comments