It’s the Labour Day long weekend here in Melbourne, and for me that means heading to Golden Plains Music Festival. Golden Plains is the younger, smaller sister festival to the Meredith Music Festival which has been running for over 20 years, and is held in December. This was the 7th Golden Plains Festival, and my 5th outing to the 2-night music extravangaza.

The heat spell Melbourne has been going through refused to subside so we were met with mid-30s weather and quite a bit of dust, but that didn’t stop the festivities. The lineup involved two days and nights of music, with some of the big names on the bill including George Clinton & Parliament Funkadelic, Cat Power, Dinosaur Jnr and Tallest Man on Earth.

The festival is held on a working farm which has a natural amphitheatre, it’s a really beautiful spot and is one of the most amazingly run festivals I have ever attended. Everything just works, and the place has the most amazing vibe. There is a huge variety in the people that attend Golden Plains – from families with young kids, to older people, and a whole lot of 20-something hipsters! 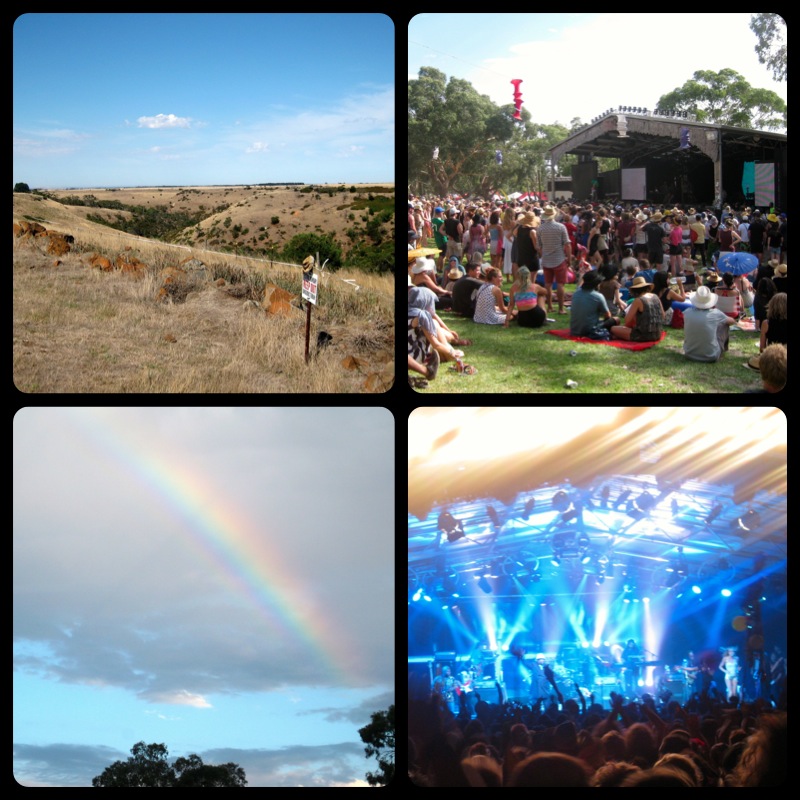 There is a plethora of food options, including almost all the food-vans in Melbourne, and vegetarians are particularly well catered for. 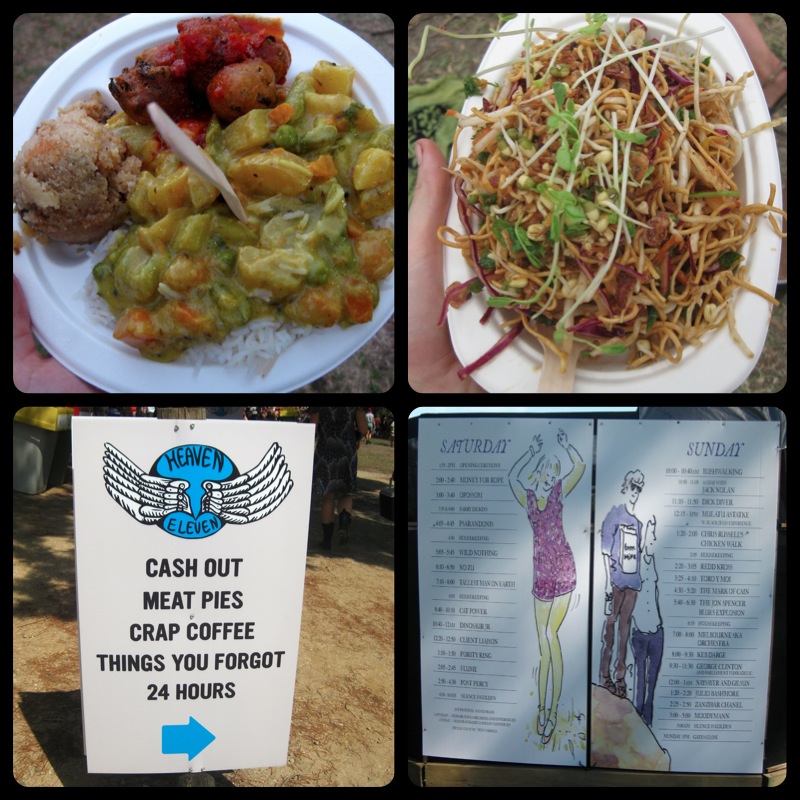 B and I went with a few of my friends, and despite some gazebo issues resulting in the creation of a rather odd shade ‘structure’, we had a fantastic weekend. 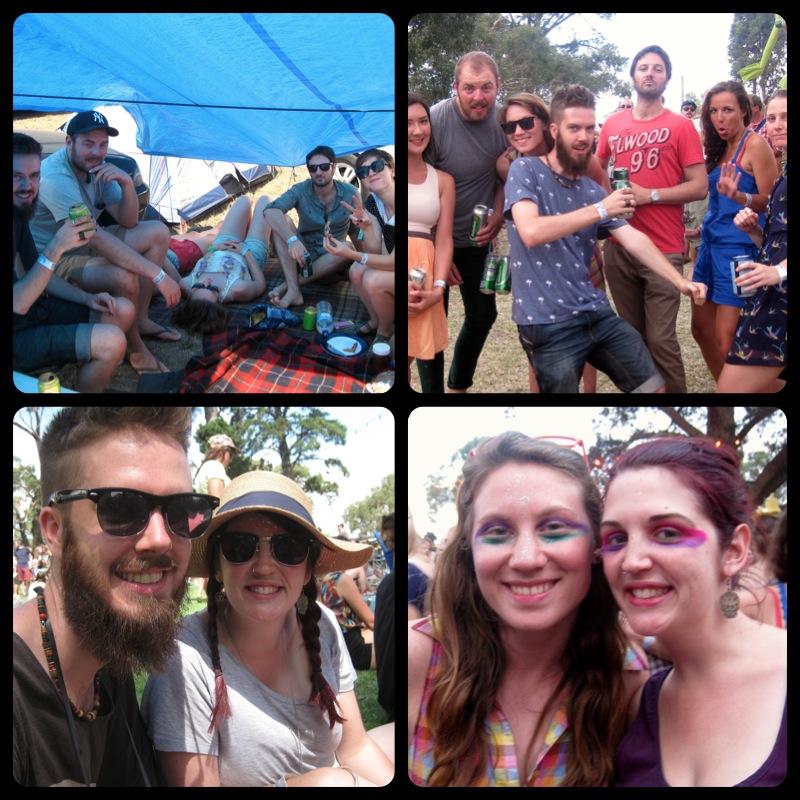 Golden Plains is known for some strange, but endearing traditions. This includes people bringing random objects tied to poles to dance around with, and people spending much of the weekend in costumes, which was a hot prospect this weekend given the weather! 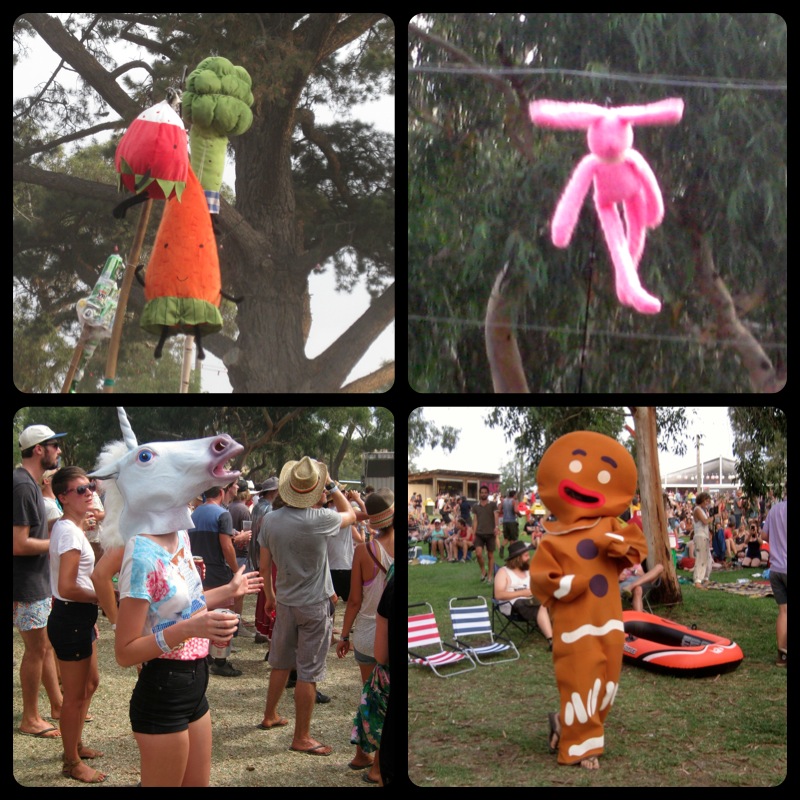 The other interesting tradition is one known as the ‘Boot’, which involves the crowd taking off one shoe and holding it in the air when a song, or artist, really does something special. Sometimes one or two boots will go up, but it’s not a proper ‘boot’ unless most of the crowd then joins in. It’s spontaneous, fun and you never know when it will happen. They obviously don’t explain it to the artists beforehand as when The Tallest Man on Earth got the boot on Saturday afternoon (the first proper boot of the festival) he ended the song by asking what was going on, and requesting people not the throw their shoes at him! A few artists got the boot across the weekend, which is a sign of how much great music was witnessed. 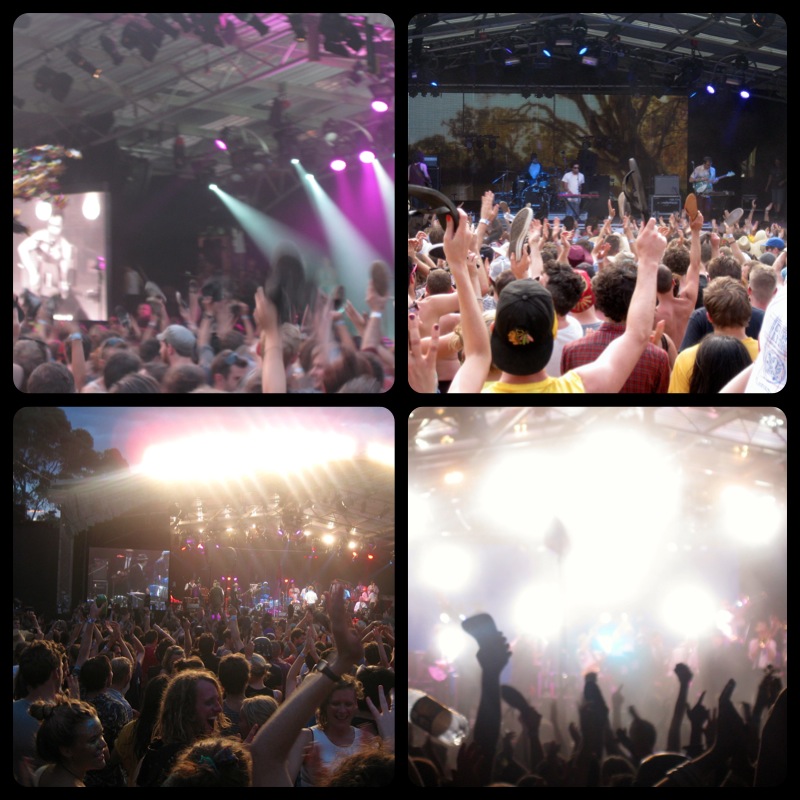 That brings me to the music – such an amazing weekend of music. The big names didn’t disappoint, with George Clinton playing a 2 hour set on Sunday night that had the whole crowd dancing. No Zu and Toro Y Moi both had the crowd on their feet in the afternoon sun and Tallest Man on Earth played a great set as the sun was setting on day 1.

Some of the other highlights were artists I knew nothing about beforehand, which always happens at Golden Plains. One of these highlights was Mulatu Astatke & Black Jesus Experience who played early on Sunday and were amazing – he is a percussionist from Ethiopia playing predominantly the vibraphone and conga drums, and is known as the ‘father of etho-jazz’, an amazing experience to see him perform. Another standout were the Melbourne Ska Orchestra who were dancing almost as hard as the crowd was, which is no mean feat when there are 26 of you and you are holding instruments like trombones! I don’t think I stood still their entire set – amazing! Will be looking out for their gigs in Melbourne for sure! 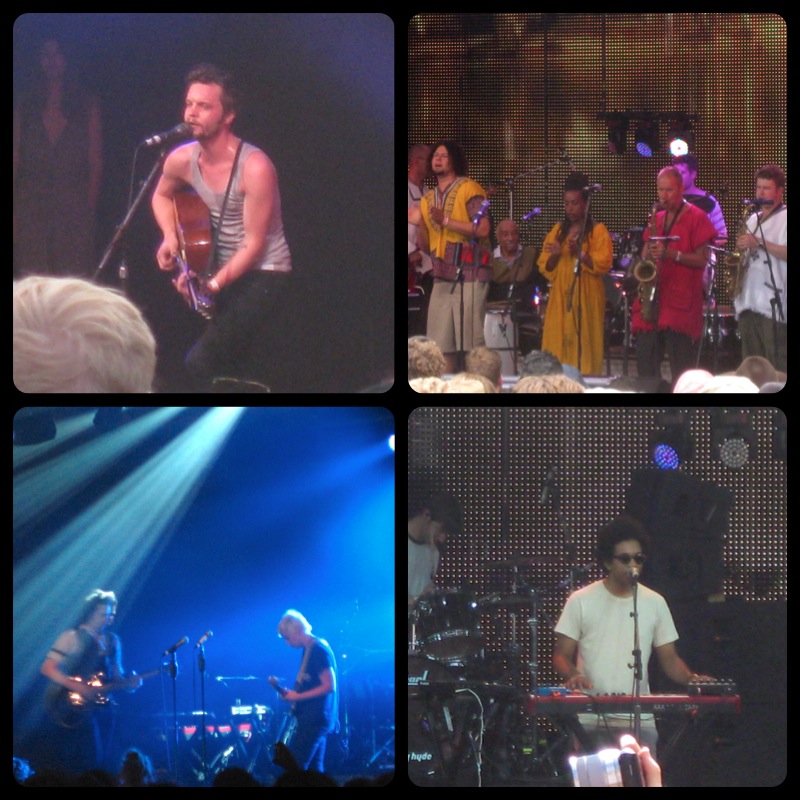 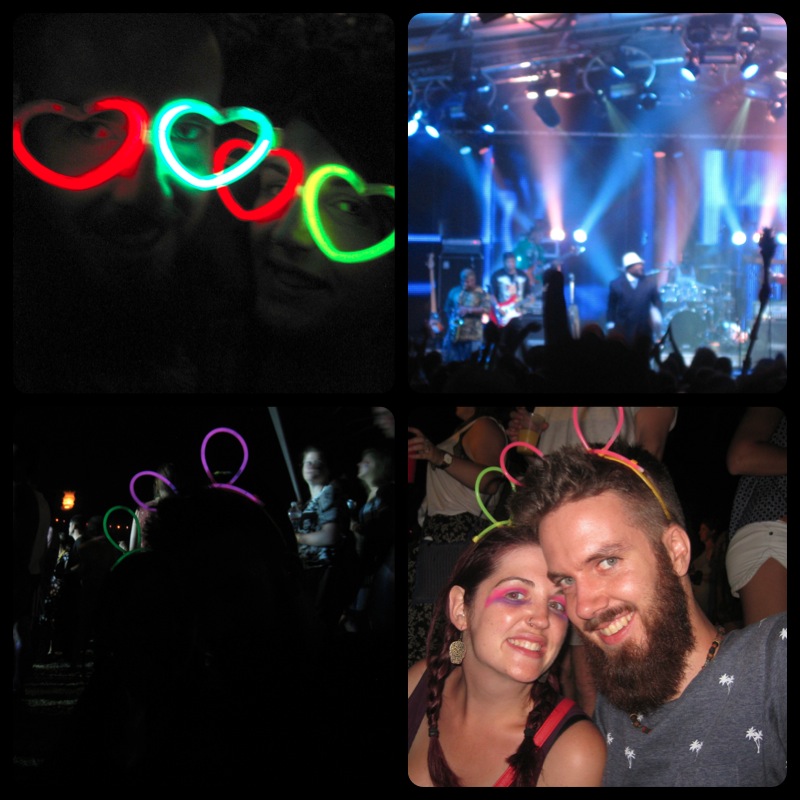 All in all it was an amazing weekend and I have come home sore from all the dancing, and somewhat lacking in voice from all the singing, laughing and talking. Early to bed for me tonight that’s for sure!

Have you been to a weekend music festival? Have a favourite musical experience of late?

I Spy Plum Pie is Liz, an early 30s kiwi-born, Melbourne raised girl who is passionate about the environment and sustainability, food, exploring and learning new things. Join me on my journey to a happy, sustainable life!
March 11, 2013 by I Spy Plum Pie (admin) | 2 Comments