Despite the fact B’s birthday was way back in February (and we spent it playing with baby wombats!) this weekend he finally got his present from me – a night playing tourist here in Melbourne. I organised us tickets to the comedy festival, dinner, cocktails and booked a hotel room and it was such a lovely way to spend some time together without having to leave our hometown!

We stayed at the Citidines Hotel on Bourke Street and had a room on the 22nd floor which gave us an amazing view over Melbourne. The urban planning nerd in me loved the ability to watch the city from such an unusual vantage point, so much time was spent staring out the window and excitedly pointing things out after we first checked in. 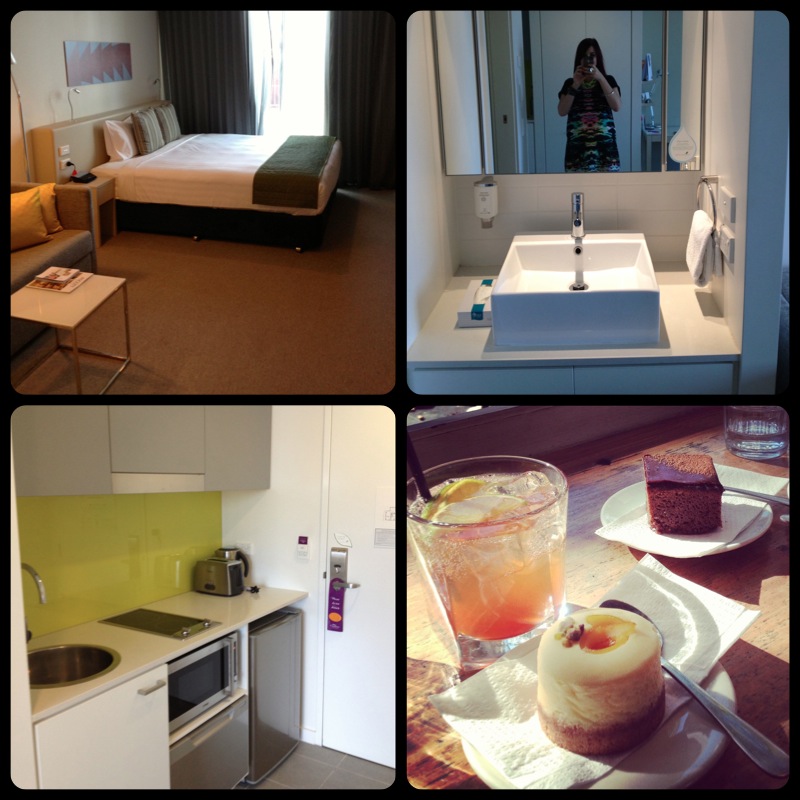 The room was really lovely, and after we stopped staring out the window we went out for afternoon tea at a cafe up the road. The orange cheesecake was delicious!

We then headed to Mamasita for dinner, which does delicious mexican food but is super popular, so an early dinner was on the cards for us to avoid the queues! 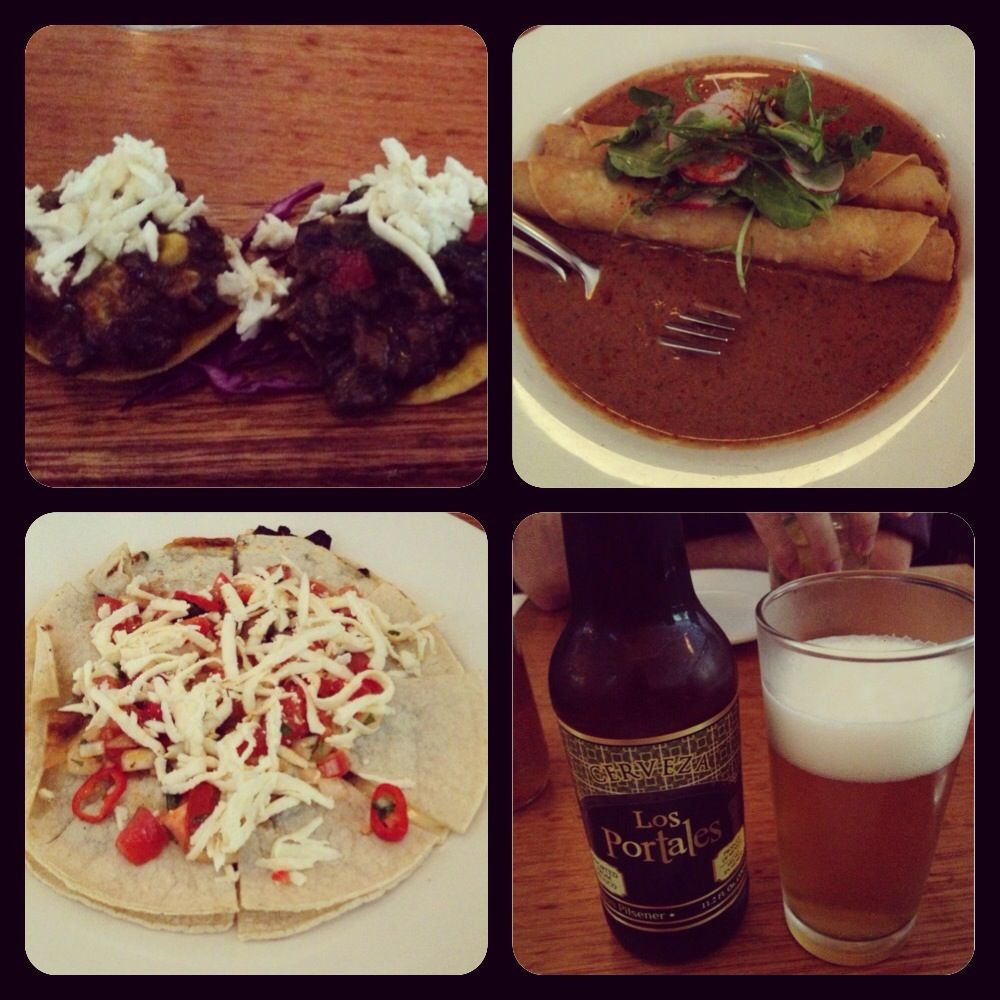 The food was very yum and we left very happy and ready for some comedy. Our first show was the Frank Woodley and Simon Yates show ‘Inside’ which was playing in the Spiegeltent. I hadn’t been to a show in the Spiegeltent for years so it was great to be in there again. Plus, we had cocktails from a tram beforehand – how very Melbourne! The show was great – very different to anything I have seen Frank Woodley do before as it was more of a play than standup, but still had his trademark physical comedy elements incorporated, plus some musical interludes that were more than a little strange at times! 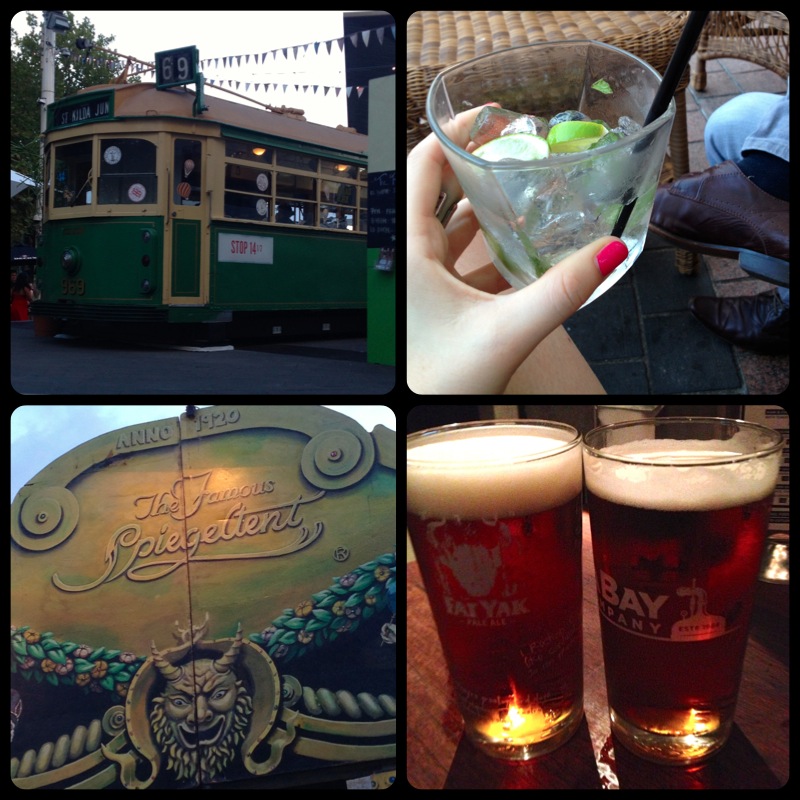 Our second show was Rich Hall who performed at the Capitol Theatre, opposite the Melbourne Town Hall which is all lit up in bright colours to celebrate the Comedy Festival. I had never seen Rich Hall perform before but laughed the whole way through his hour long set, which also included some improvised songs and him attempting to get a guy to propose (he failed!). 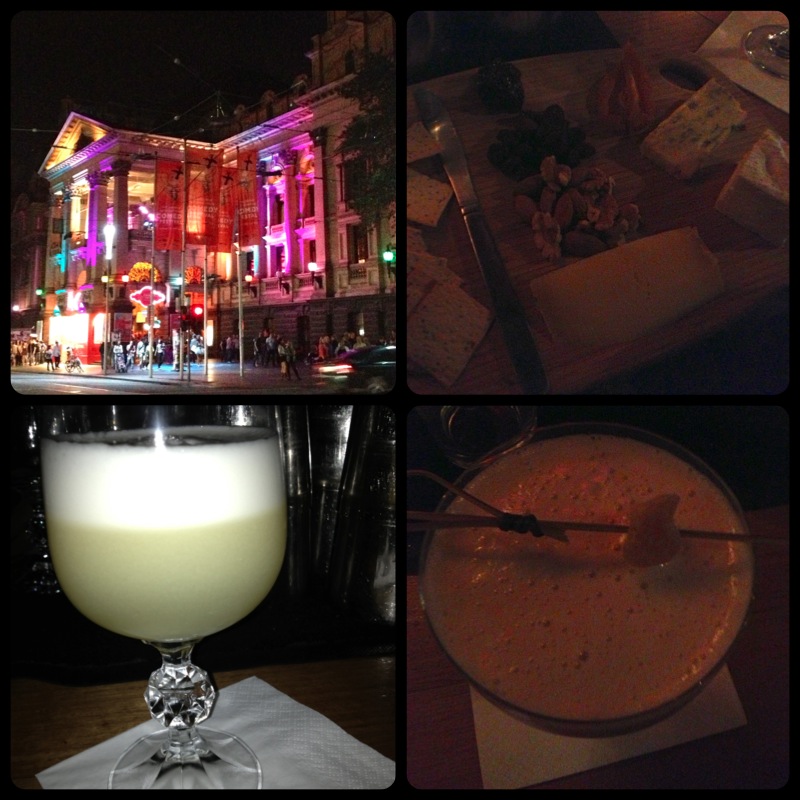 We ended the evening with a visit to the cocktail bar 1806 for cocktails and a cheese platter (which all photographed terribly, sorry!). The range of cocktails was somewhat overwhelming but everything we ordered was delicious. We were seated at the bar so could watch the bartenders mixing all the drinks which was great as there were so many different techniques being used – including quite a lot of fire!

To end our weekend adventures we went out of brunch this morning where I had delicious corn fritters with avocado and tomato – yum! 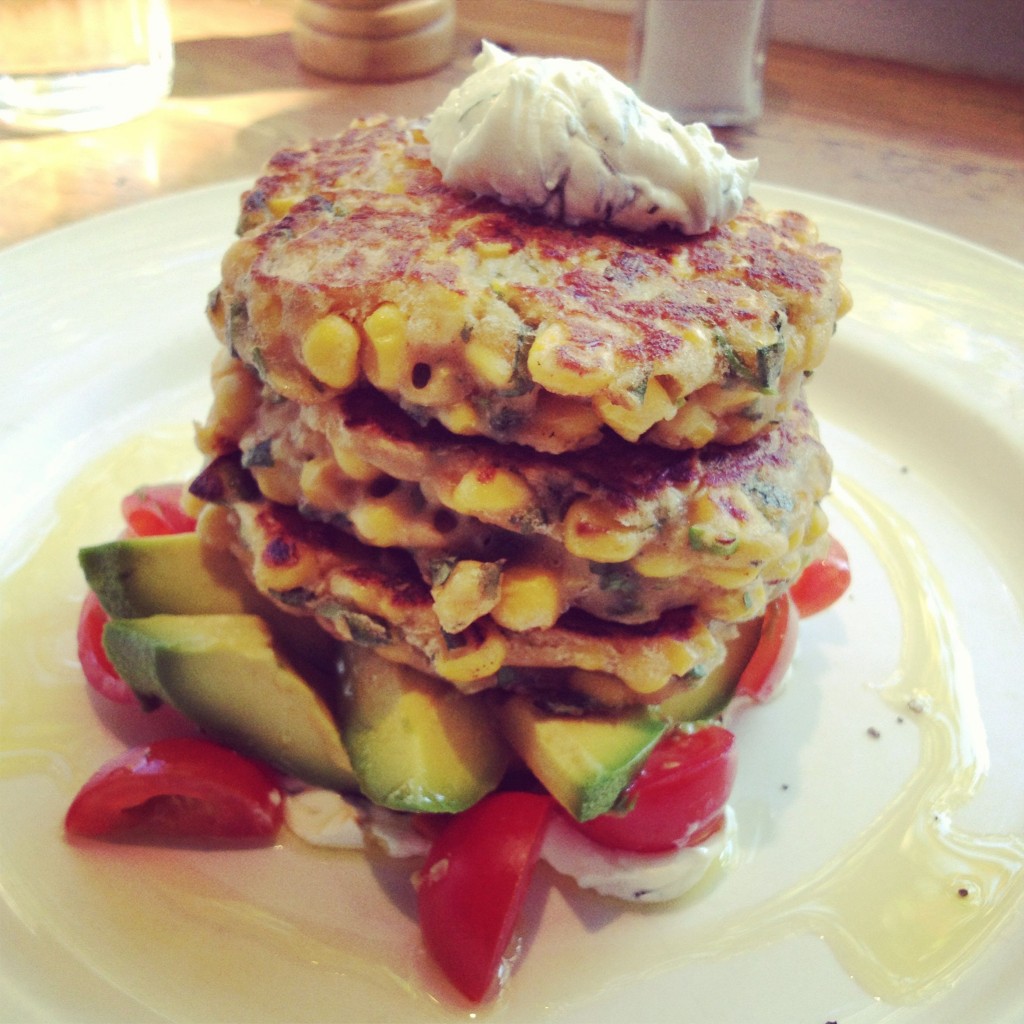 All in all it was a wonderful weekend and a nice way to celebrate B’s birthday. I feel like I’ve had a much longer weekend which is a bonus as well!

Do you ever play tourist in your city? How was your weekend?

I Spy Plum Pie is Liz, an early 30s kiwi-born, Melbourne raised girl who is passionate about the environment and sustainability, food, exploring and learning new things. Join me on my journey to a happy, sustainable life!
April 7, 2013 by I Spy Plum Pie (admin) | 2 Comments