One recent Saturday B and I found ourselves in Elwood and in need of a feed, so decided to pick a cafe at random for lunch. We settled on The Joinery as it looked like it would have a few vegetarian friendly choices, and luckily we were right!

B started with his drink of choice – English Breakfast Tea ($3.50) – which came in a nice matching tea set, and with enough milk for a couple of cups which is always a good start! 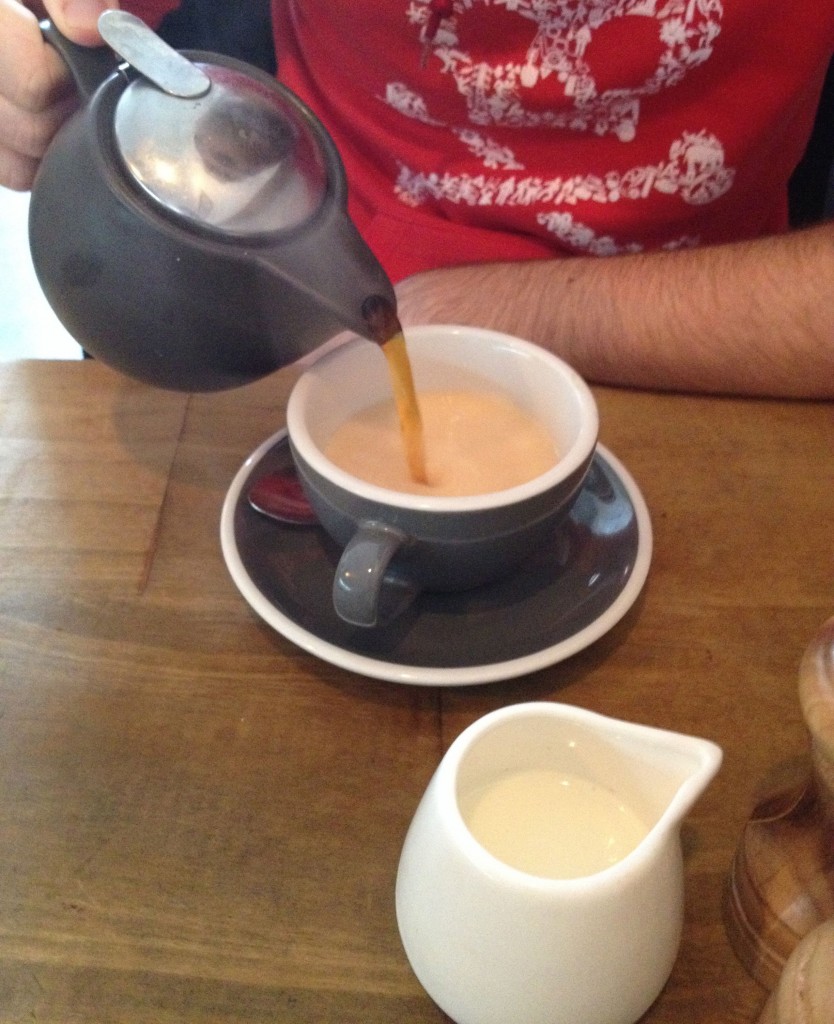 I had already had my fill of coffee for the day so opted for the smoothie of the day instead ($6.50) which on this occasion was banana, spinach and honey, made with soy milk. It was really delicious with lots of the banana and honey flavour coming through. Even B liked it, and he’s nowhere near as much of a smoothie fan as I am! 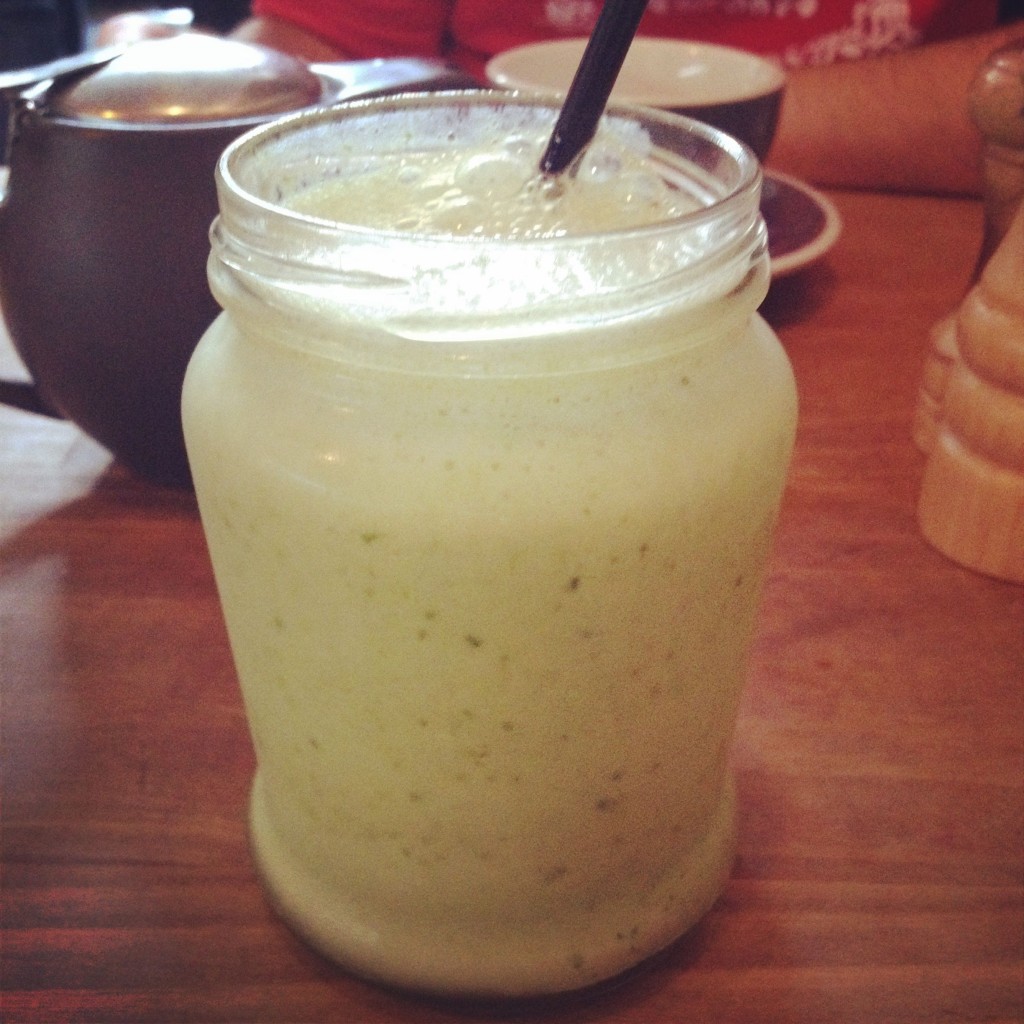 We both went with options off the specials menu, although there were plenty of vegetarian choices on the normal menu as well. B chose the Mozzarella, Tomato, Basil Puff Pastry Tart with Olive Tapenade & Rocket ($10.50). He wasn’t entirely sure what to expect and when it arrived we both remarked that it looked more like a pizza than a tart, but he was extremely happy either way! It had lots of topping and he particularly enjoyed the olive tapenade. I tried a little piece (I don’t generally eat olives!) and I really liked it too, the pastry was nice and flaky and the combination of the mozzarella and tomato was unsurprisingly spot on! A great little lunch option.

I went with the Quesadilla with chargrilled broccolini, mozzarella, semi dried tomato and pine nuts ($10) which came with a little jar of salsa. This was really tasty as well, definitely not a combo of flavours I’d had in a quesadilla before but they worked really well together. 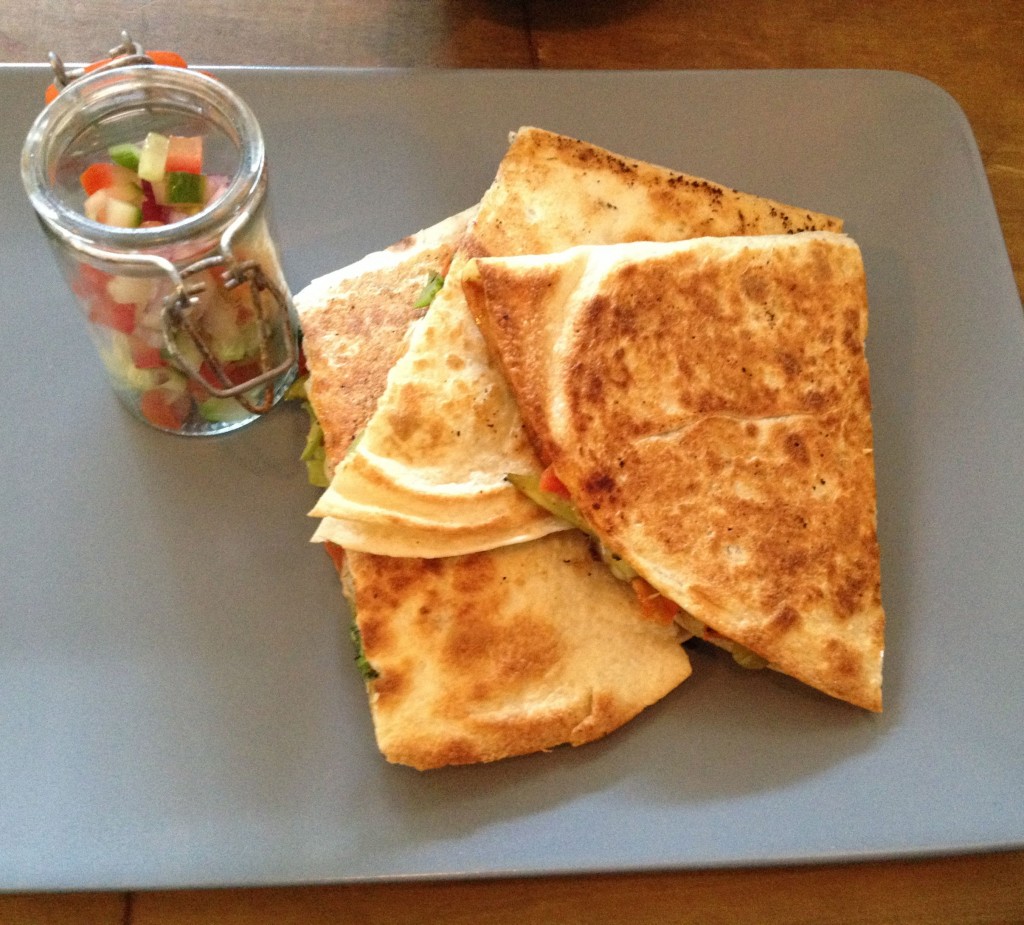 The salsa added a nice fresh element which I really liked, although it could have benefited from a little addition of chilli to it for some kick to really add to the flavour combination. There was a good ratio of the ingredients though, often I find quesadillas are overwhelmed by the cheese but these had plenty of everything which made them feel slightly healthier too (although that’s not why I chose them!). I was a pretty happy camper all round! 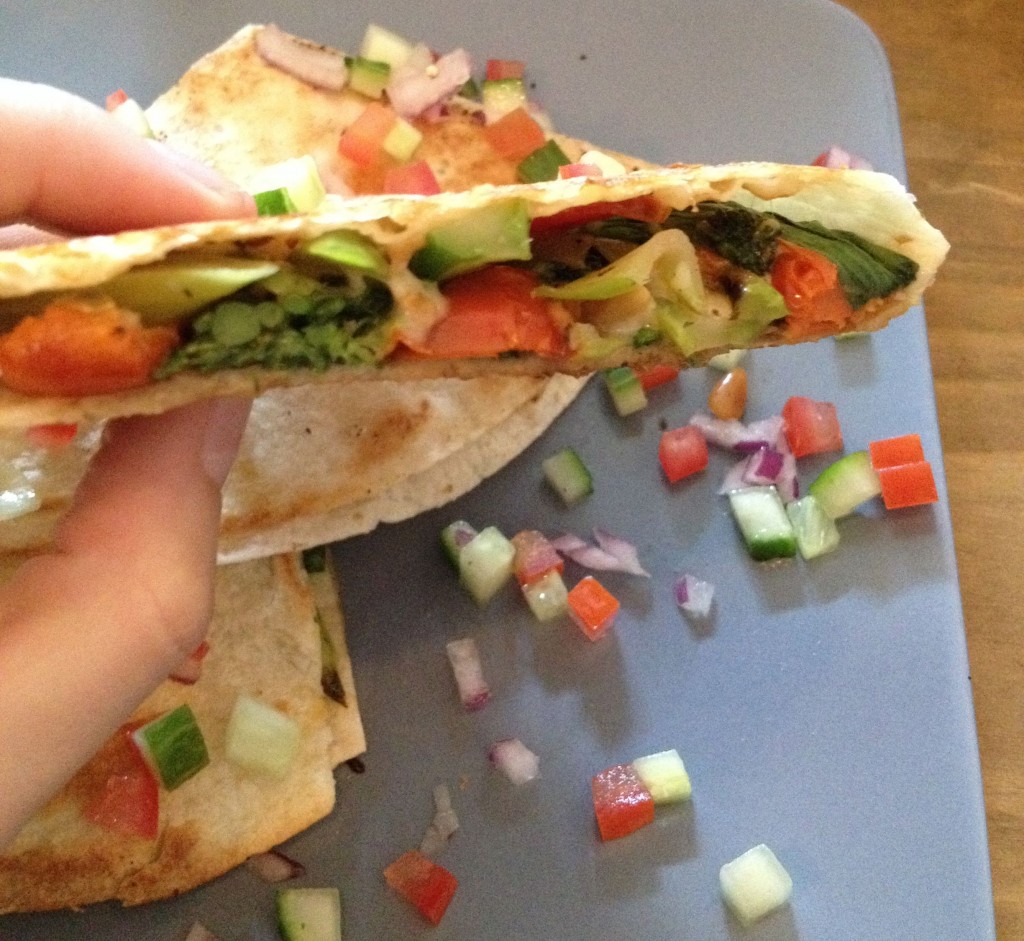 For a random cafe selection in a suburb I very rarely visit I think we did pretty well! We both really enjoyed our meals and my smoothie was delicious too. By the looks of the number of locals stopping by for takeaway coffee I would hazard a guess they do a pretty good brew as well!

I Spy Plum Pie is Liz, an early 30s kiwi-born, Melbourne raised girl who is passionate about the environment and sustainability, food, exploring and learning new things. Join me on my journey to a happy, sustainable life!
June 25, 2014 by I Spy Plum Pie (admin) | 0 comment