In my first Balcony Gardening post I mentioned that one of things I liked most when buying my apartment was the balcony, and its potential for growing herbs and vegetables. Not only is it north facing, but one side is a solid brick wall, and I envisioned it as the perfect spot to install a hanging structure to make the most of the space I had available to me.

My parents had offered to buy me one for my birthday, so I set about doing research into the available options to work out which would be the best for the space I had, and the sorts of things I wanted to grow. There are a lot of different types of wall garden systems, some of which are rather elaborate and expensive (and therefore were crossed off my list pretty quickly!). There were a number of things I was looking for which included:

Lots of the wall gardens I found were made up of individual pockets, which look really great and allow for a more interesting setup on the wall, however I decided a tray system would be better for what I wanted to grow, so I ended up going with a product called Garden Up, which I believe my parents bought at Bunnings.

My dad then came and installed it for me, which was as simple as a few screws into the bricks to hang the metal frame, then attach the trays. They can hang at any point on the frame, which was a big selling point for me! 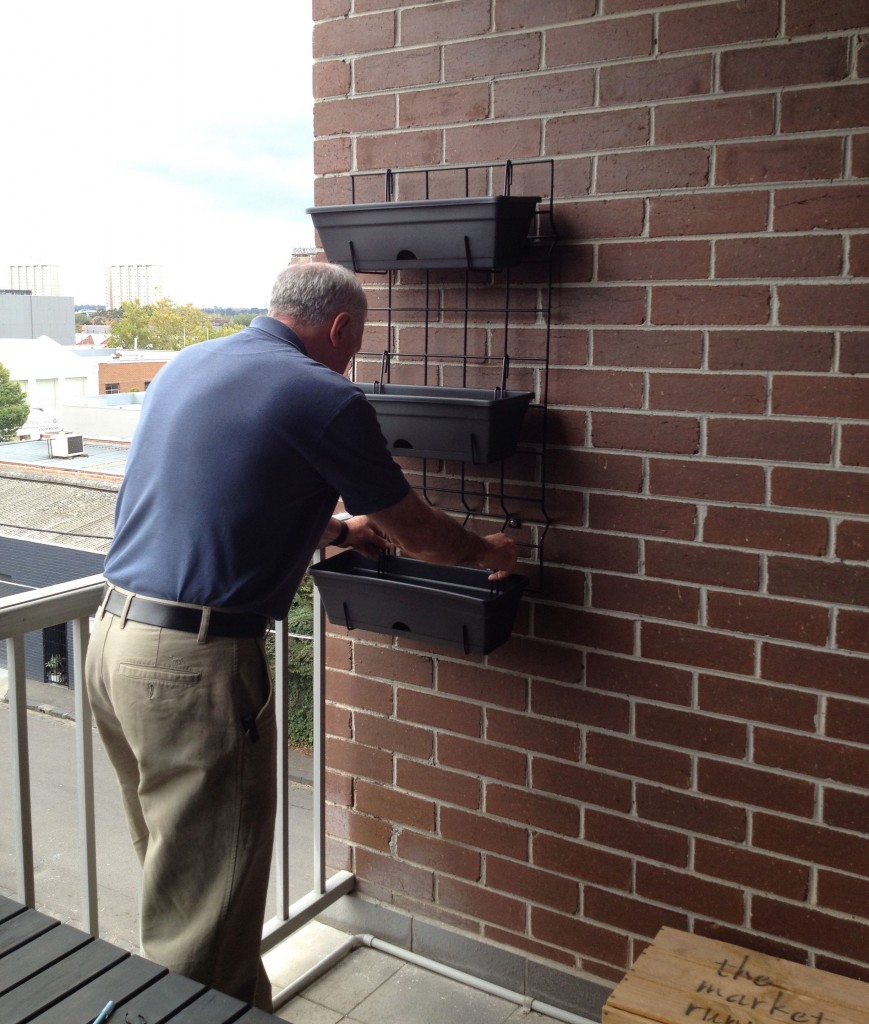 They’re a modular system so I was lucky enough to be bought two of them, which I hung side by side to make sure they get as much sun as possible, whilst still being within easy reach for me to water, harvest and check for pesky insects!

The next step was planting them out, so B and I made a trip to Ceres Permaculture nursery for some organic seedlings. I picked some herbs and lettuces and got to planting! 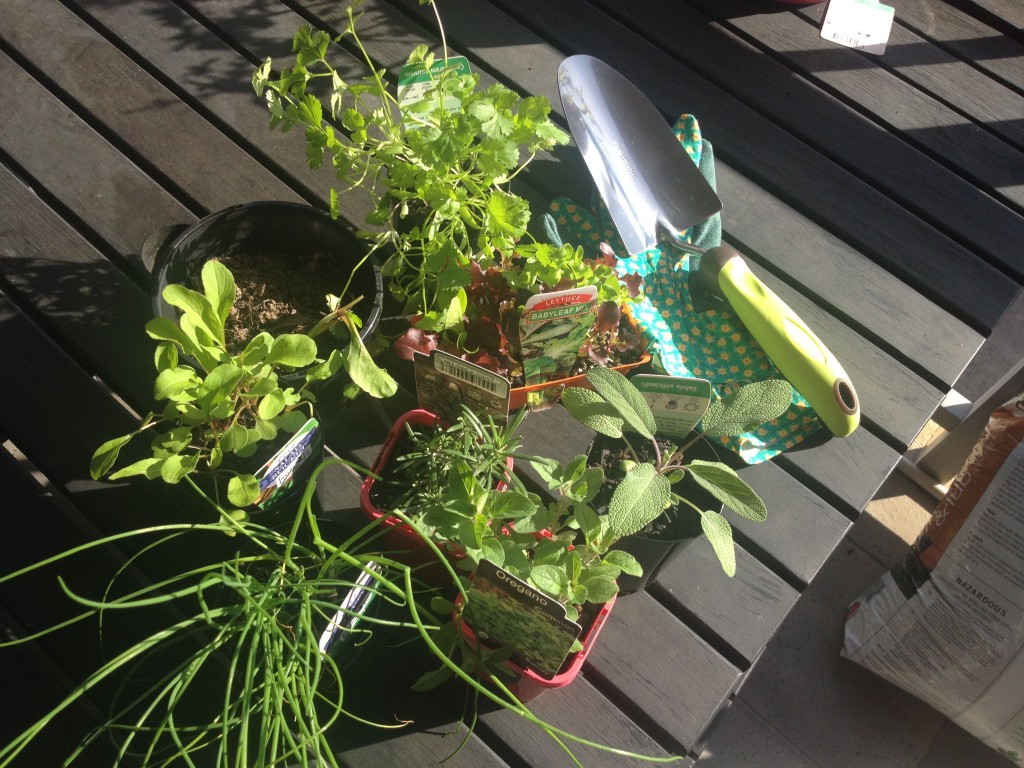 So far I have only filled 4 of the trays as I figured it was best to start somewhat small and make sure I don’t kill them all in one go! I’m really looking forward to being able to harvest straight from the balcony, and I think the balcony is only going to look better and better as the plants start to grow and (hopefully!) flourish! 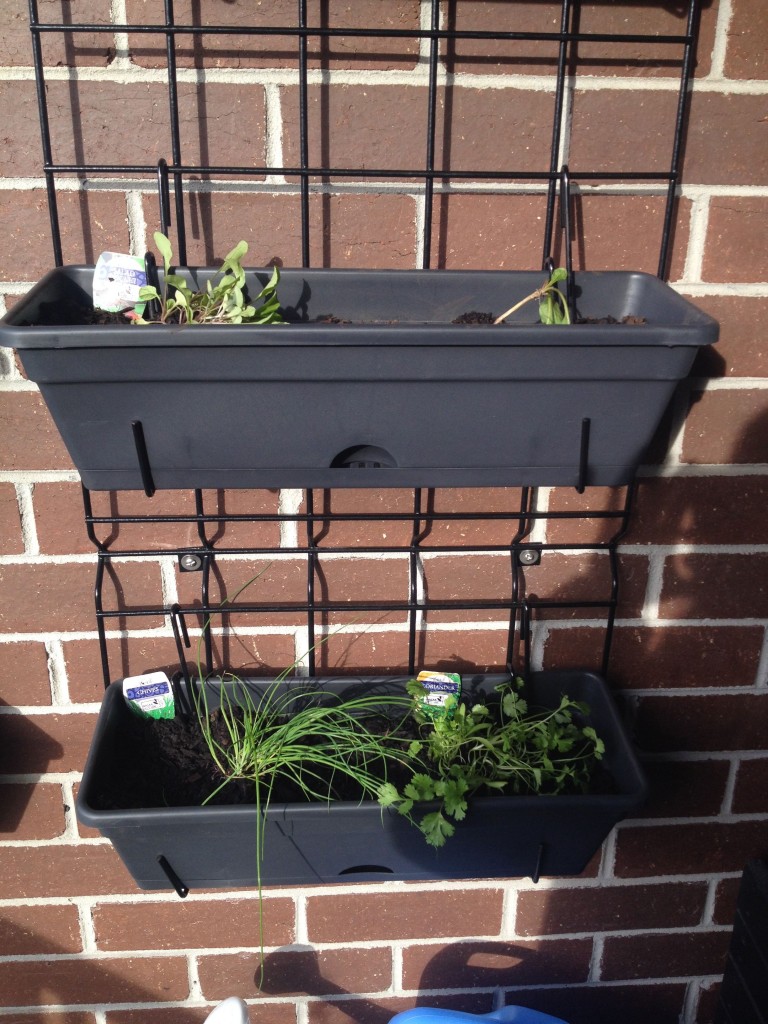 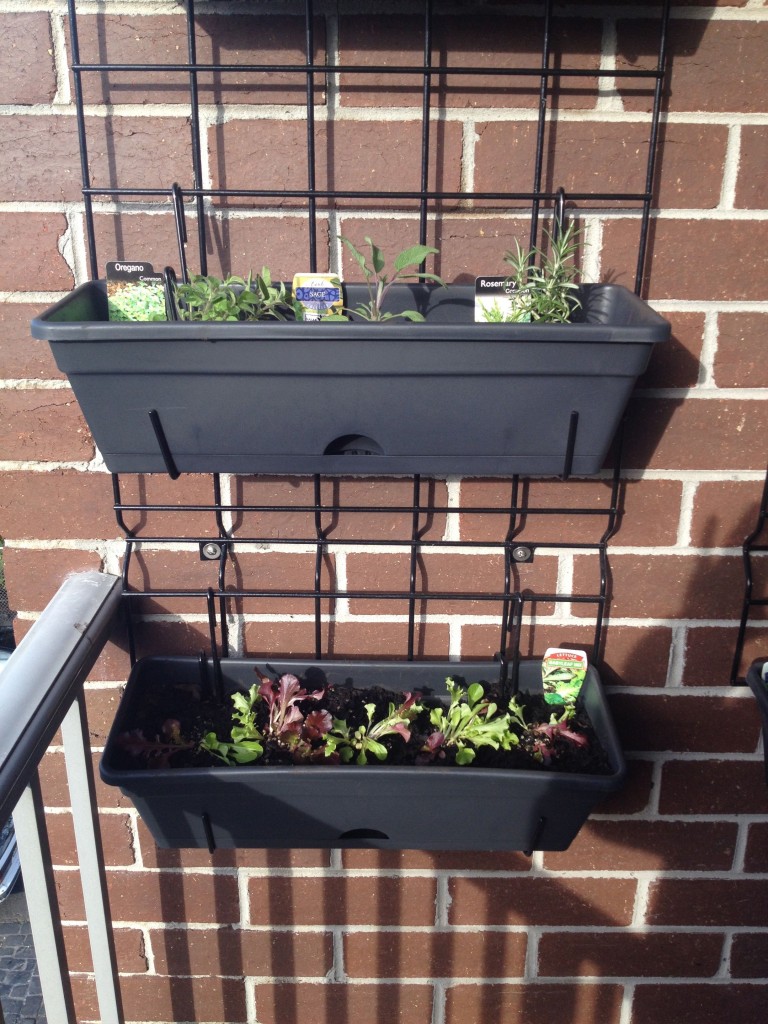 So, who has some gardening tips for me!?

I Spy Plum Pie is Liz, an early 30s kiwi-born, Melbourne raised girl who is passionate about the environment and sustainability, food, exploring and learning new things. Join me on my journey to a happy, sustainable life!
April 30, 2014 by I Spy Plum Pie (admin) | 4 Comments