On my Easter trip to Canberra we headed to Doubleshot in Deakin for breakfast early on Easter Monday, and thankfully we called ahead to book a table as it was absolutely bustling when we arrived. Despite it being a rather crisp morning it was not just the inside tables that were full, but the outside was popular with cyclists, families and dog walkers alike!

The breakfast menu was fairly extensive, with lots of vegetarian, gluten free and dairy free options clearly marked on the menu. The coffee machine was doing a roaring trade with both takeaways and diners keeping the baristas working overtime, but thankfully our coffee arrived really well made and still nice and hot. 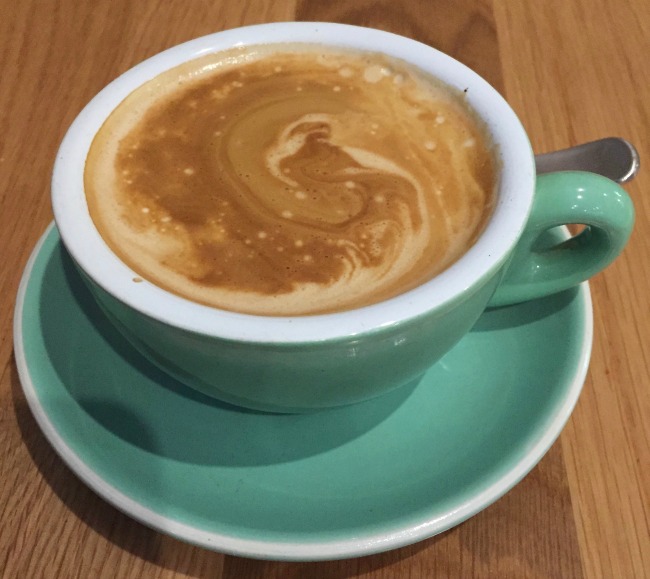 For once we all ordered different dishes, with Dad going for the Benedict dish with smoked salmon ($18) which he enjoyed, although it could have been served a little warmer. The eggs were well cooked however, and there was plenty of both the salmon and the hollandaise which is obviously key to a good benedict! 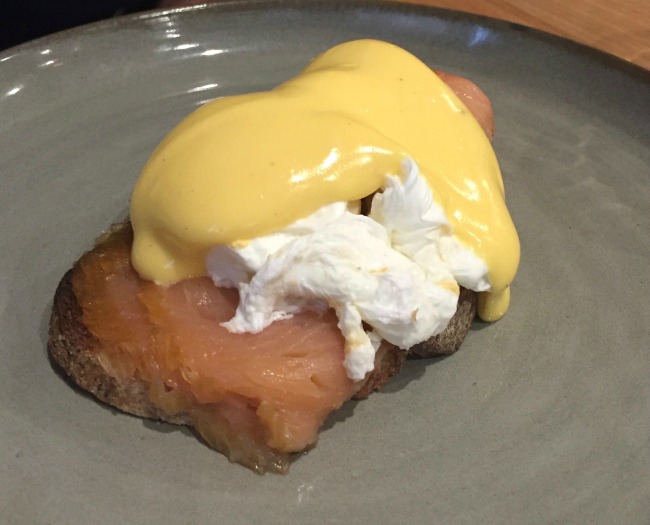 Mum ordered the Paleo dish ($19) which consisted of poached eggs, bacon, avocado, baby spinach, roasted tomatoes and field mushrooms. Once again the eggs were well cooked, with perfectly oozy yolks, just the way mum likes them! The dish consisted of a few of mum’s favourite breakfast sides, in particular the roasted tomatoes and avocado so this ticked a lot of boxes for her. Not being someone that follows a paleo diet I think she would have preferred it with a slice of toast, but it wasn’t too big a deal (and I’m sure they would have provided one if she had asked for it!). 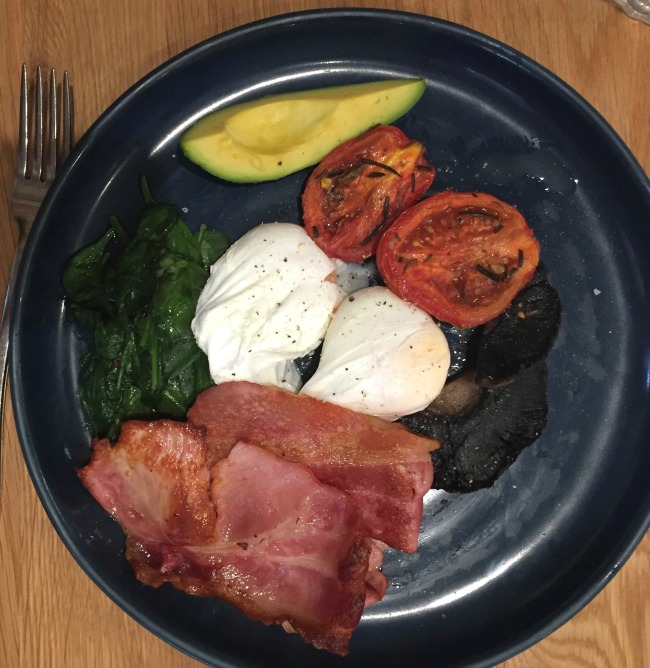 My sister ordered the Potato & Feta Rosti ($18) which came with roasted truss tomatoes, baby spinach, feta and mojo sauce, to which she also added a fried egg ($3). This was probably the most impressive dish of the bunch, with the rostis looking more like hash browns they were that large! They were deliciously crunchy on the outside and light on the inside, and had a whole lot of flavour. The tomatoes were roasted to perfection and were sweet and juicy, pairing so well with the salty feta. It was a winning dish, that’s for sure! 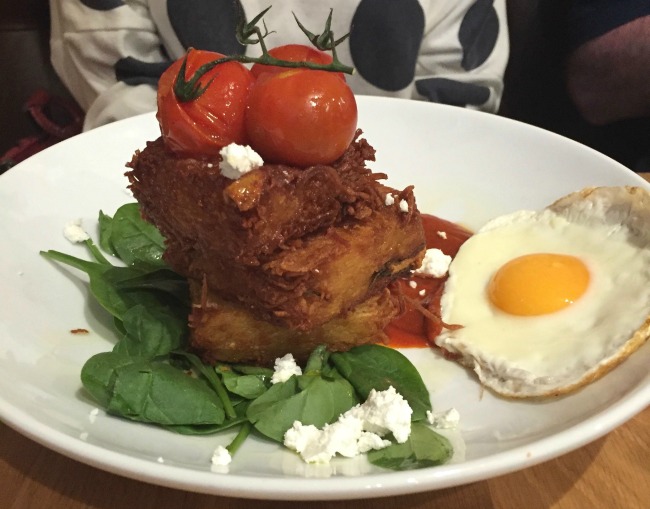 I ordered the Moroccan Baked Eggs ($18) which consisted of tomato sugo, zucchini, pearl couscous, parsley, labneh and served with turkish bread. My love of pearl couscous is well documented but I had never had it in a baked egg dish before, but it worked so well! The little balls of couscous provided a really interesting texture to this dish, and soaked up so much flavour from the sauce. The labneh added some excellent bursts of salty goodness, and the eggs were still nice and oozy as well. It was a hearty, warming dish, perfect for the overcast Canberra morning! 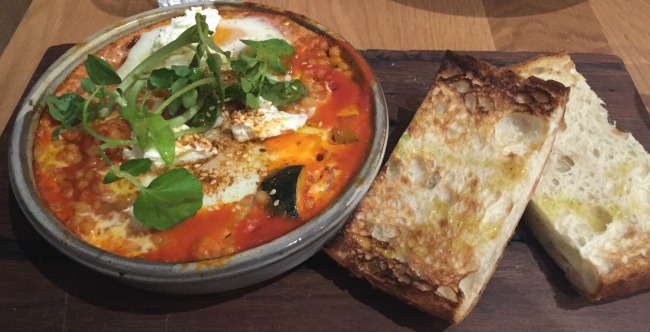 We picked up a few of the house made muffins to feed us on the drive home from to Melbourne which I didn’t photograph, but they were equally delicious! In fact, if I had had more room on the day I would have loved to try some of the enticing looking cakes and slices in the front cabinet too!

Overall we had an excellent meal, and I’d definitely eat at Doubleshot again next time I’m in Canberra!

I Spy Plum Pie is Liz, an early 30s kiwi-born, Melbourne raised girl who is passionate about the environment and sustainability, food, exploring and learning new things. Join me on my journey to a happy, sustainable life!
May 25, 2016 by I Spy Plum Pie (admin) | 0 comment