When I first got interested in slowing down I had an image in my mind of the stereotypical simple life. I thought that’s what I wanted too, but the more time I’ve spent thinking about it, the more I realised it might not be for me. 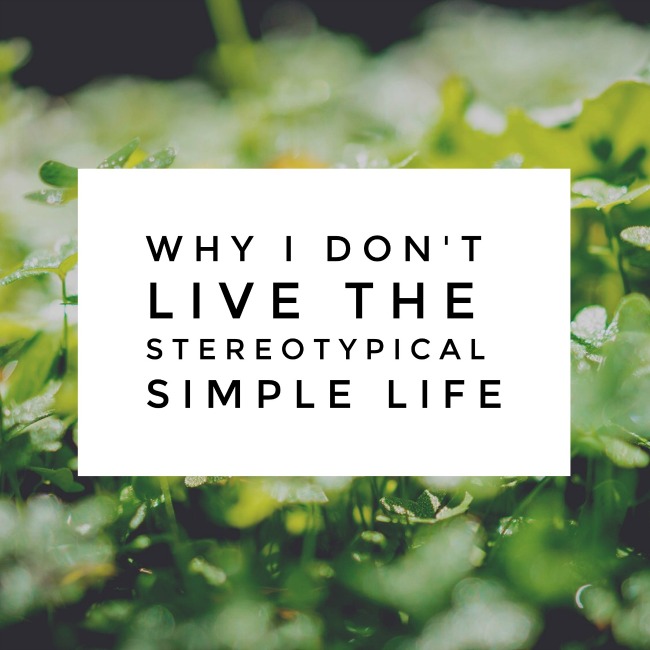 I have a feeling that when I say a stereotypical simple life you’re picturing lots of the same things I was. White walls, minimal stuff, home baked bread, lots of time for reading books and sewing my own clothes. These were all things that appealed to me (and they still do!) but I quickly learned that for me, that kind of simple, slow life wasn’t achievable.

I work full time in a job that is often busy and high pressure, but that I really enjoy. I also live in an apartment in an inner suburb of Melbourne, so space is a premium. It became pretty obvious that my kind of simple living was going to have to look a little different. So, I started to think about things that may otherwise be classified as ‘simple living staples’ that I could choose not to do. Here’s some of them:

These are just some examples of the things I thought I needed to do to live a properly slow, simple life, which it turns out I don’t. Thankfully there’s actually no such thing as one way to live simply – who knew! So instead, I’ve been exploring what works and what doesn’t work for me, whilst recognising that it will change from time to time as well.

In actual fact, what I needed to introduce into my life was more down time to make sure I still ate well, exercised enough and had time with friends (and to write this blog!). So, things that were time consuming but not absolutely necessary have to go for now.

It was refreshing to realise that I didn’t need to compare my kind of simple living to anyone else’s, and that there was no way I could do it wrong. Turns out for me things like meal prepping, regular decluttering and  having solid morning and evening routines are the keystones for me living more simply. Anything above that is really a bonus. It might not look as pretty on instagram, but that’s not really the point is it!

Are you interested in simple living? In what ways are you bucking the stereotypical simple life image?

I Spy Plum Pie is Liz, an early 30s kiwi-born, Melbourne raised girl who is passionate about the environment and sustainability, food, exploring and learning new things. Join me on my journey to a happy, sustainable life!
December 9, 2017 by I Spy Plum Pie (admin) | 5 Comments