Another month down, and what a month it was! My long weekend in Sydney was certainly a highlight, but given that has gotten it’s own attention already I won’t rehash that here, instead here are my other July Favourite Finds! 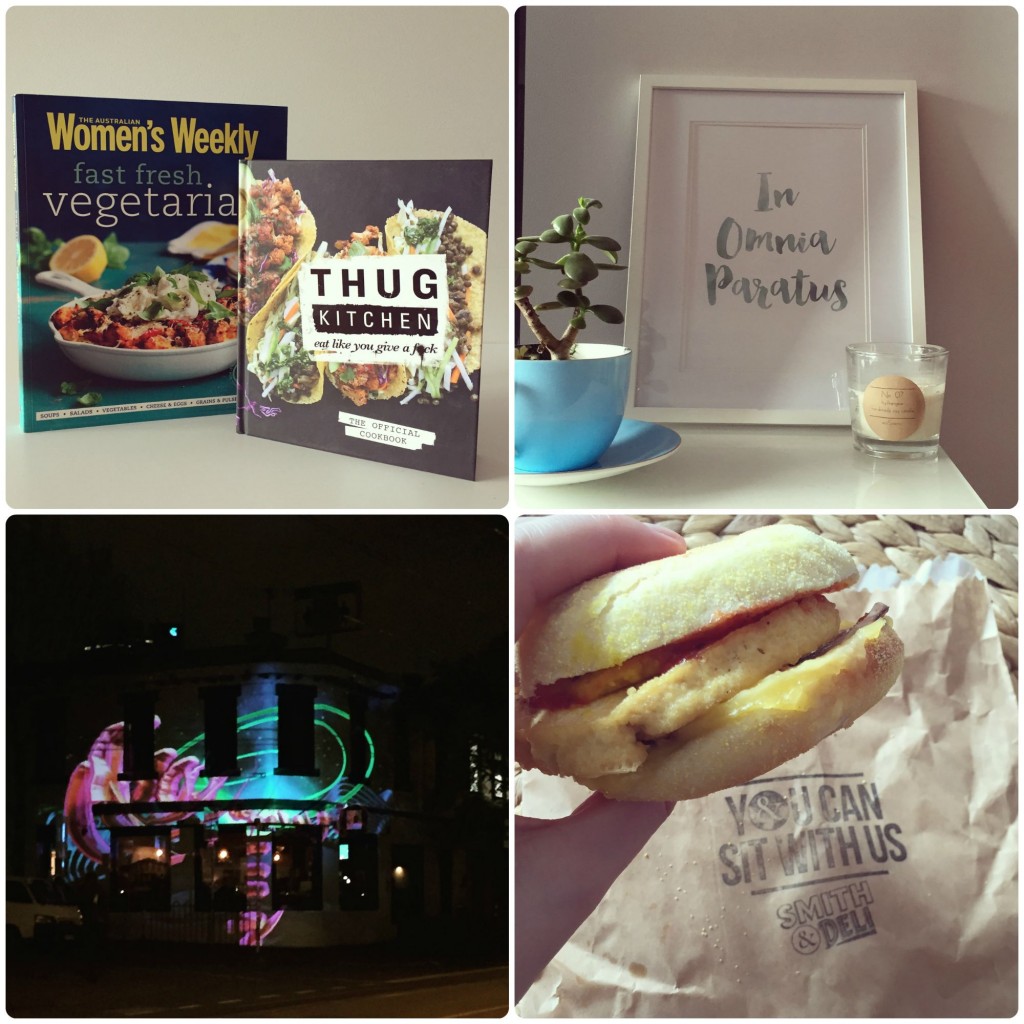 I picked up two new cookbooks this month, and they are both absolute winners! The first is the Women’s Weekly Fast Fresh Vegetarian which is jam packed with recipes covering everything from soups to salads, grains & pulses, pastas, curries and everything in between. Each recipe includes a photo and lots of tips to make preparing it even easier. Everything you want in a cookbook!

The second is the Thug Kitchen cookbook, from the blog of the same name, and is an amazing vegan cookbook with sections devoted to soups, stews, breakfast dishes, snack food, sweet food and plenty more. It has lots of Mexican inspired dishes, particularly the larger meals, and the cookbook is written in a hilarious, somewhat sweary tone. I’ve only cooked a couple of things so far but they have all been delicious, so I’m looking forward to making more! 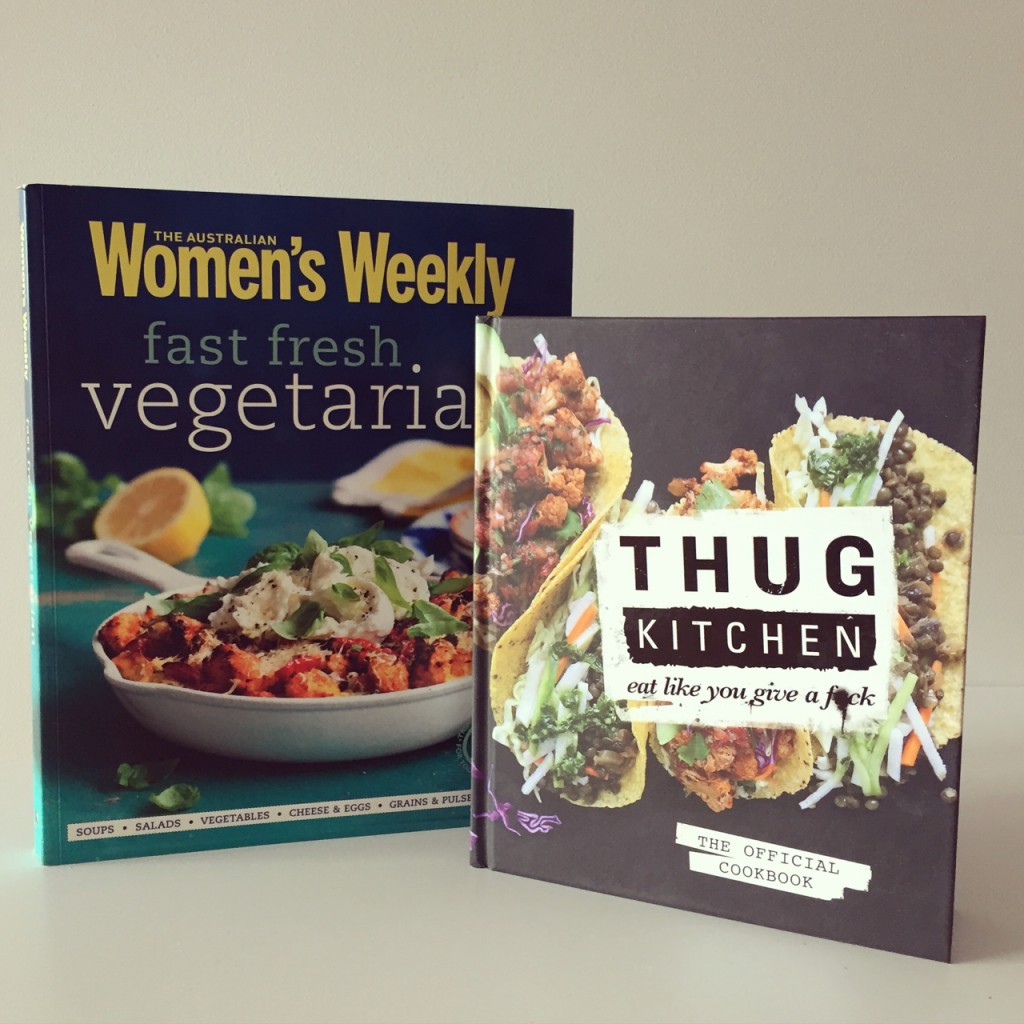 A few months back I bought myself a new doona and pillows which has completely changed the colour scheme of my bedroom, so I was on the lookout for a print for the wall to match. I decided I wanted a quote for the wall and after exploring for a while and not being able to find exactly what I was after I remembered that Kirsten from Kirsten & Co had opened a print shop which does custom prints, and just like that my search was over!

I went with the quote In Omnia Paratus which means Ready For Anything and just happens to be the motto of the Life & Death Brigade from one of my favourite tv shows (Gilmore Girls for those playing at home!). Kirsten did the print in a gorgeous watercolour-style teal and it matches my bedspread perfectly (now I just need to actually hang it on my wall!). I definitely recommend checking out Kirsten’s shop if you’re on the lookout for some new wall art! 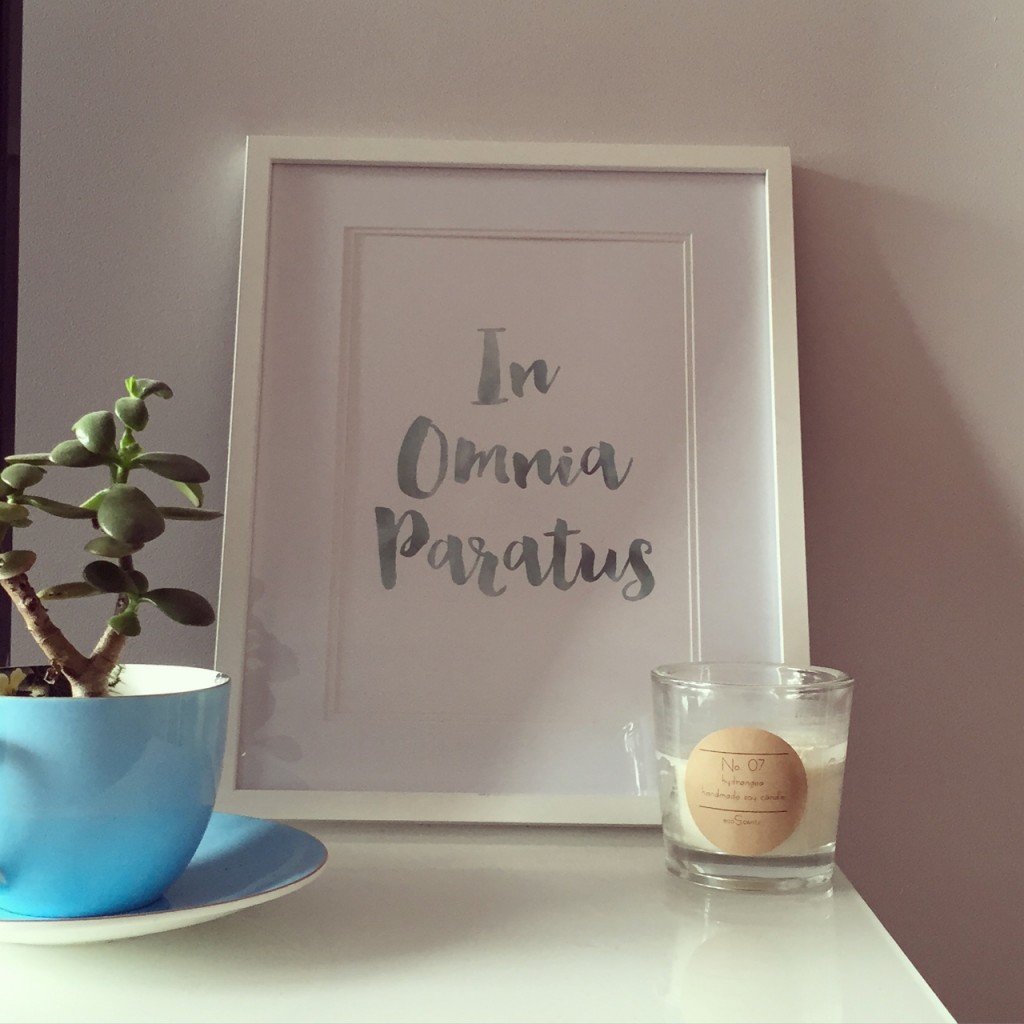 One rather chilly evening I headed around the corner from home and checked out the annual Gertrude Street Projection Fest, now in its eighth year, and getting bigger and more diverse every year. There were 35 sites involved this year, ranging from the giant projections on the Housing Commission towers to tiny projections down laneways and on shop fronts.

There was one little projection full of cute animals moving across the screen which was one of my favourites, as was the window of Rose Chong’s costume shop (the third photo below) which is always an impressive display. I highly recommend checking out the Festival next year if you find yourself in Melbourne in July, there are plenty of great places to eat and drink nearby as well!

I finally made it along to check out Smith & Deli, the deli offshoot of the delicious Smith & Daughters restaurant, and picked up a couple of things for a late breakfast. Much like the restaurant everything is vegan and I really don’t know how they do it! I grabbed an Egg McMartinez (named after one of the co-owners) and a Sticky Challah Bun and both were super delicious.

I definitely want to go back and check out their lunch menu, the range of sandwiches sounded very impressive and there were all kinds of donuts, slices, cakes and the like as well. Like any other deli they also have a range of sauces, pastas and other non-perishable items for sale, plus ready-made meals to take home for dinner, so it’s a very welcome addition to the neighbourhood that’s for sure!

There we have it, my July Favourite Finds! What new discoveries did you make this month?

I Spy Plum Pie is Liz, an early 30s kiwi-born, Melbourne raised girl who is passionate about the environment and sustainability, food, exploring and learning new things. Join me on my journey to a happy, sustainable life!
July 25, 2015 by I Spy Plum Pie (admin) | 8 Comments