I was lucky enough to spend a week in Port Douglas, Far North Queensland recently with my family and had the most wonderful, relaxing time. Whilst the week was mainly about rejuvenation and family time we did do some fun activities too, so today I thought I would share some of the highlights with you all!

This is a bit of an obvious one given 4 Mile Beach is the main beach in Port Douglas, but it’s still definitely worth a mention! We were staying right near the Surf Lifesaving club so started pretty much every day with a long beach walk – sometimes up to 8km in total! 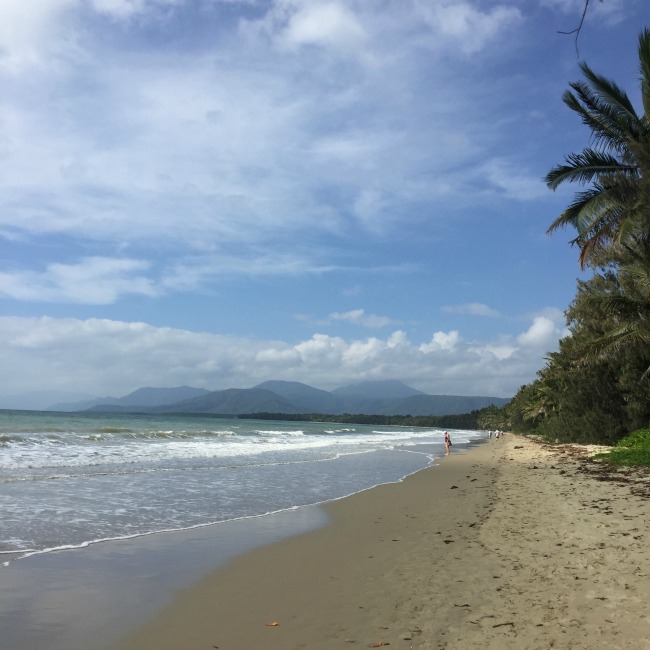 It was a beautiful way to start each day and really worked up an appetite for breakfast and coffee! Invariably we would make our way back to the beach mid-morning and again mid-afternoon for some time in the water as well, which was roughly 26 degrees and calm enough that you could quite comfortably float around which was lots of fun! 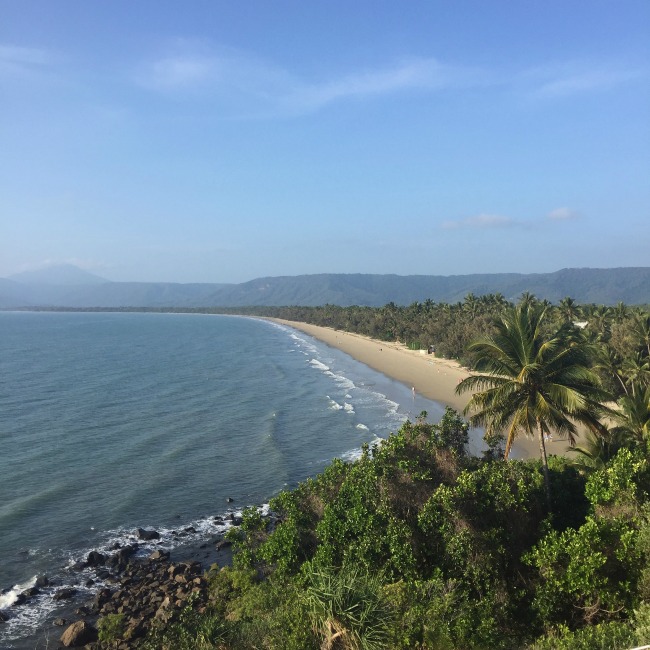 I particularly loved that because we were staying so close to the beach we could just pop down for a quick swim without having to worry about packing a bag full of things or even necessarily wearing any shoes (even when I’d bought some new ones from Shoe Hero)! We did have to keep an eye on the tides though, as we were there around the full moon sometimes there wasn’t a whole lot of the beach left to walk along! 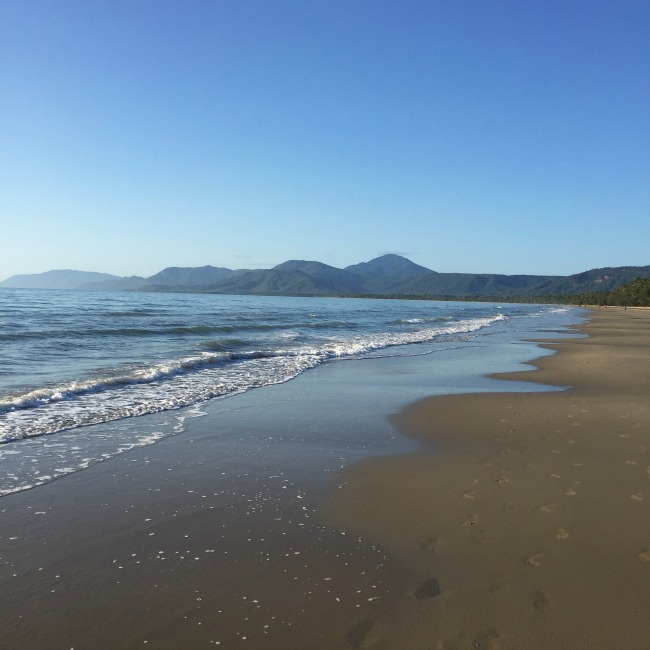 On one of our first day’s we went for a wander along the Marina and stumbled across Hemingway’s Brewery which had a gorgeous view over all the boats coming in and out. We found ourselves back there on more than one occasion during our week in Port Douglas, generally for a late afternoon beer (or five!). I do love visiting places that have their own beers on tap as it allows us to try things we wouldn’t necessarily find anywhere else. 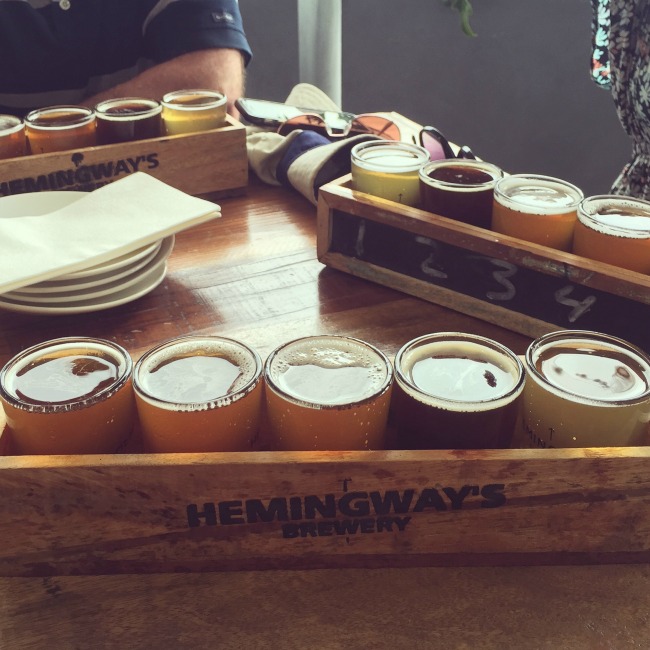 The food menu looked pretty good too although we didn’t try anything other than the sweet potato chips (which were delicious!) so it’s definitely on the list for if I am lucky enough to find myself in Port Douglas again anytime soon!

We had a hire car for the week so took ourselves on a day-trip adventure heading north, crossing the Daintree River and driving up to Cape Tribulation. It is such an incredible part of the world with impressive rainforests and pristine beaches. Unfortunately they strongly advise against swimming at the beaches given the risk of crocodiles, but they sure are beautiful to walk along! 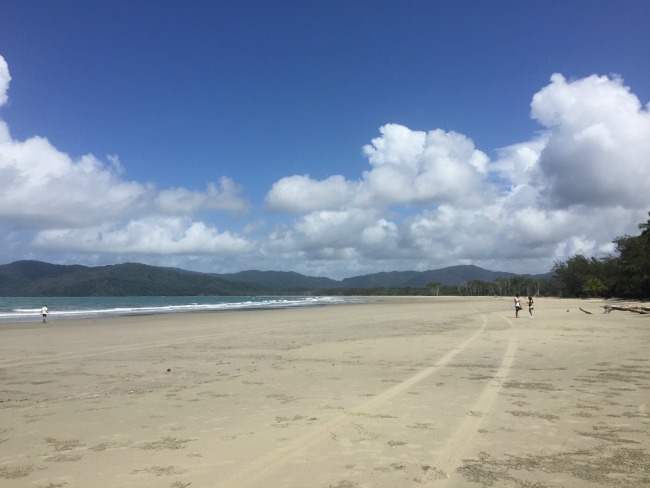 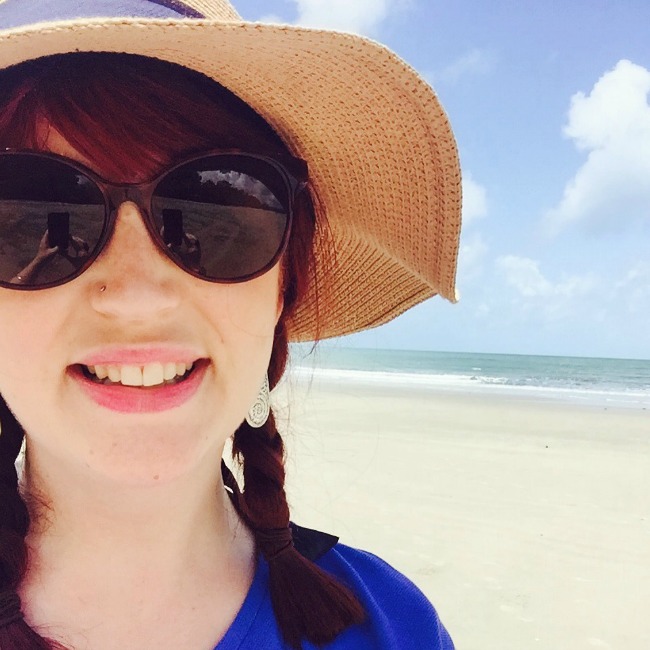 We stopped at multiple points throughout the day, including for a walk through the mangroves which are responsible for the pristine water quality and provide such an interesting environment along the beachfront. 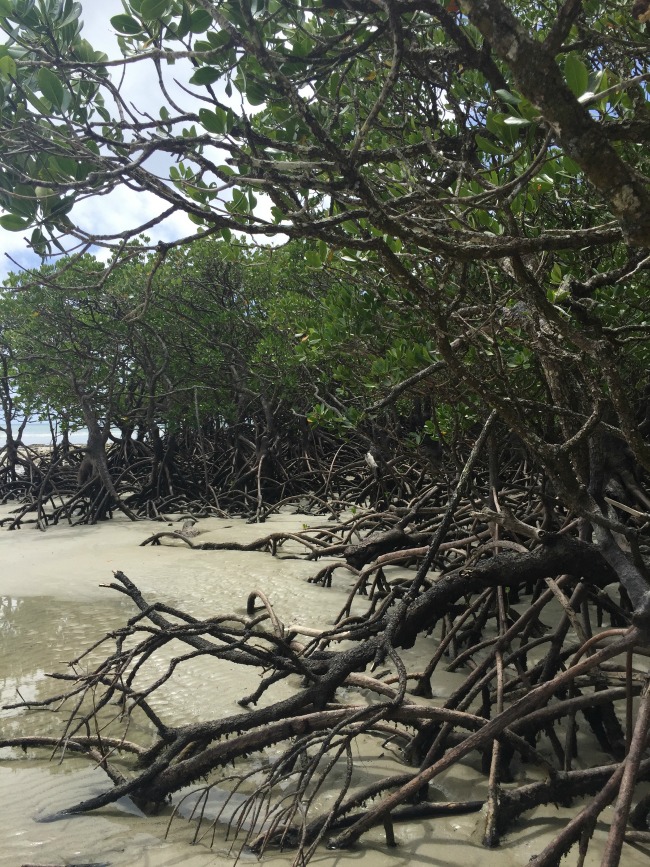 There was also an awesome boardwalk through the rainforest which allowed us to see a wide variety of native fauna which is just so different to what grows in the parts of Australia I spend most of my time. Much of it was truly breathtaking and I loved wandering amongst it all, particularly as it took us out of the hot sun for a while! 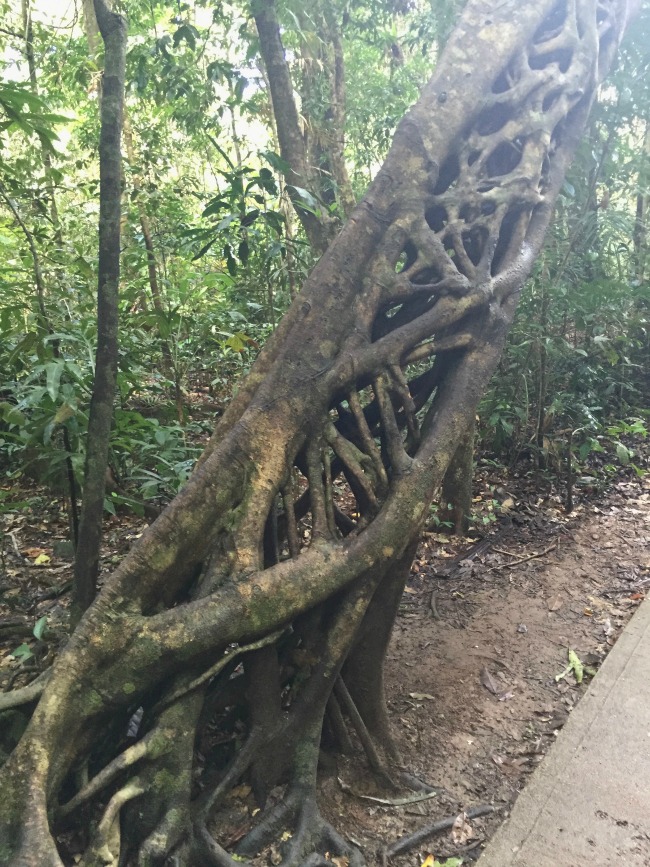 We kept our eyes peeled for crocodiles and cassowaries but unfortunately the most interesting creatures we spotted were bush turkeys, lizards and crabs, but the views sure did make up for it! 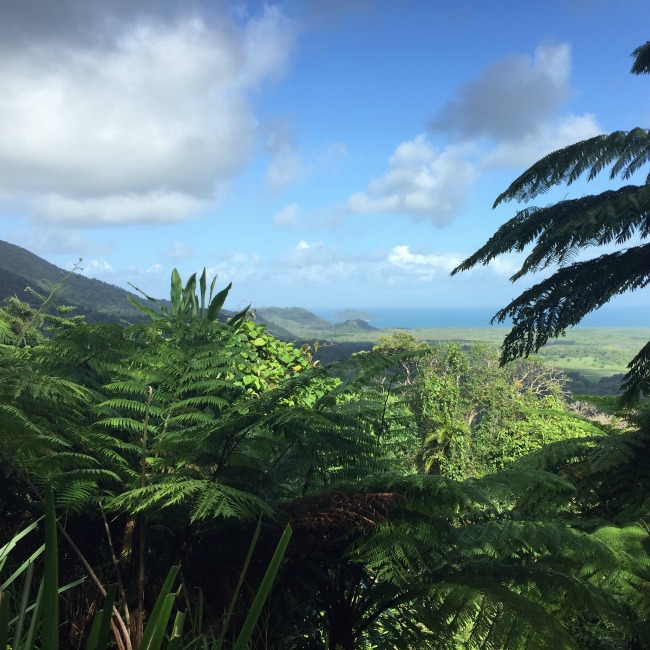 When spending a week in Port Douglas it would be silly not to visit the incredible Great Barrier Reef, so we did just that and spent a day snorkelling on the outer reef. We chose to go with Wavelength as they run relatively small boats (around 40 people), are solely for snorkelers and have very strong eco-credentials (which is obviously very important!). They were an excellent choice as we had an awesome day out on the reef with them, and even the food they served (which was primarily vegetarian) was delicious! 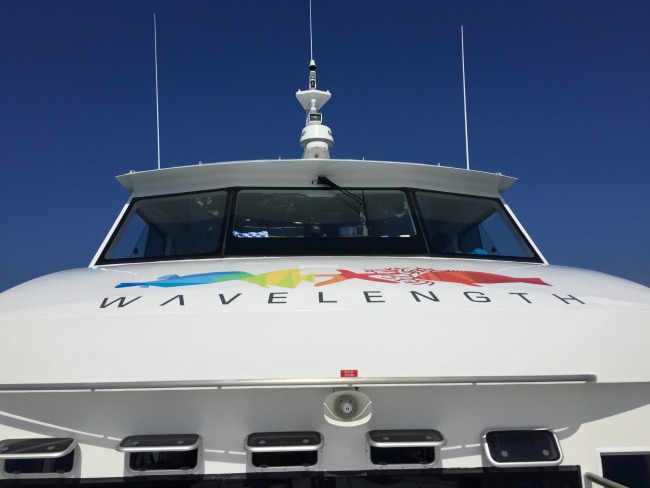 They also had two marine biologists on board so we were able to learn a lot about the creatures and health of the reef on both the journey to the outer reef and during the lunch break which I really enjoyed. We also went on a guided snorkelling tour at one of the three sites and were able to learn more about the fish and coral we were seeing which made the whole experience even more enjoyable.

We saw a huge array of gorgeous coloured fish and interesting coral and whilst the snorkelling was hard work at one of the sites due to the current it was well worth the effort! We were also lucky enough to witness a mum & baby whale frolicking in the water on our journey out and a pod of dolphins on the trip back which was pretty incredible! All in all it was an amazing day and I would definitely recommend the Wavelength crew if you’re thinking of heading out on to the reef! 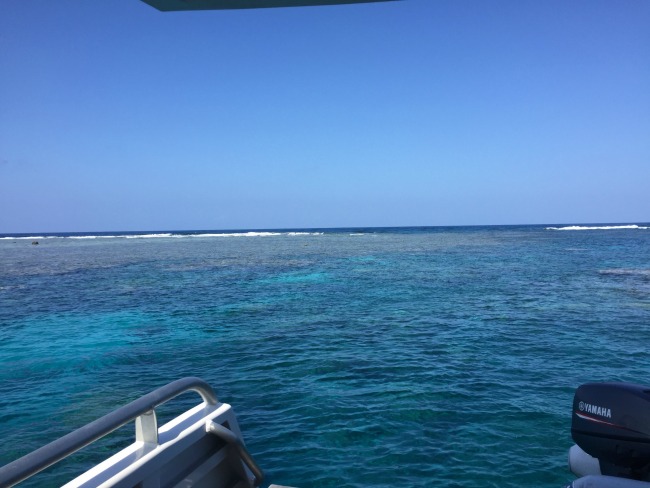 One morning my dad & sister were heading out for a round of golf so mum & I decided to visit the Wildlife Habit and even did the ‘breakfast with the birds’ package. As the name suggests it involved a buffet-style breakfast whilst a huge array of native birds flew around us, which was pretty magical. 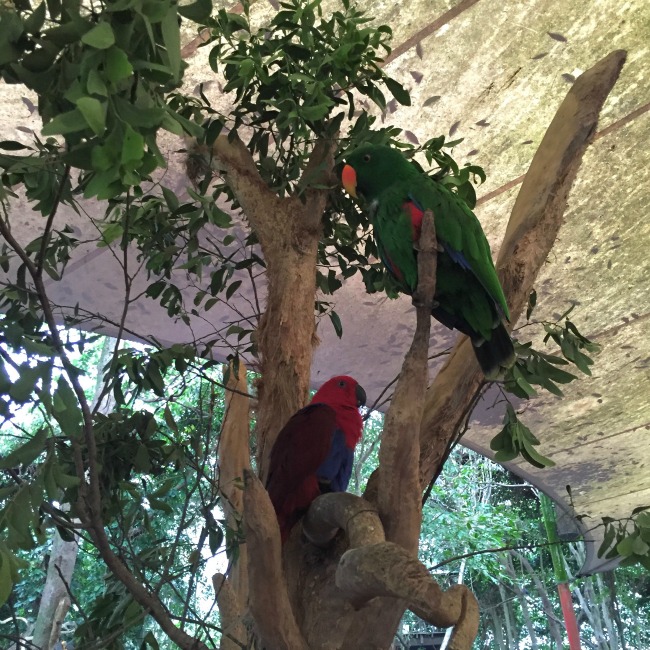 It really was a cacophony of sounds with beautiful parrots, cockatoos and even some owls hanging out amongst us while we ate tropical fruits, eggs and pastries. We even got to meet some of the birds up close! 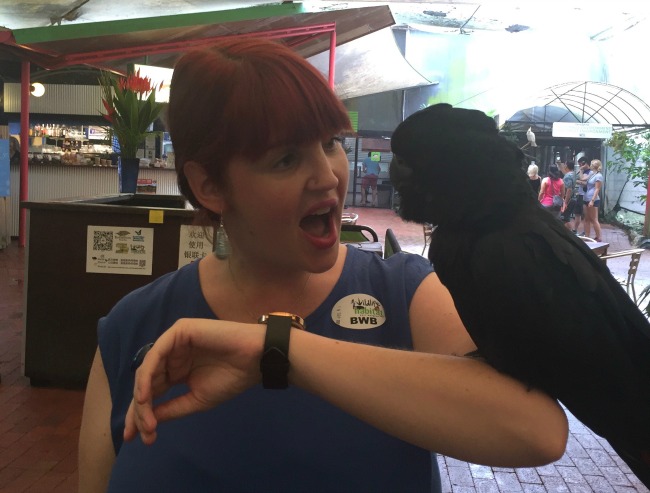 After finishing our breakfast we visited the rest of the exhibits, which are all open air, and there is a real focus on creating very natural environments. We joined a couple of the morning feeding tours which was a great way to learn more about the birds and animals we were seeing, and we even got to hand feed a cassowary! The Wildlife Habitat also runs lots of breeding programs including having the only breeding pair of black-neck storks which were pretty amazing to see as they were sitting on an absolutely huge nest! 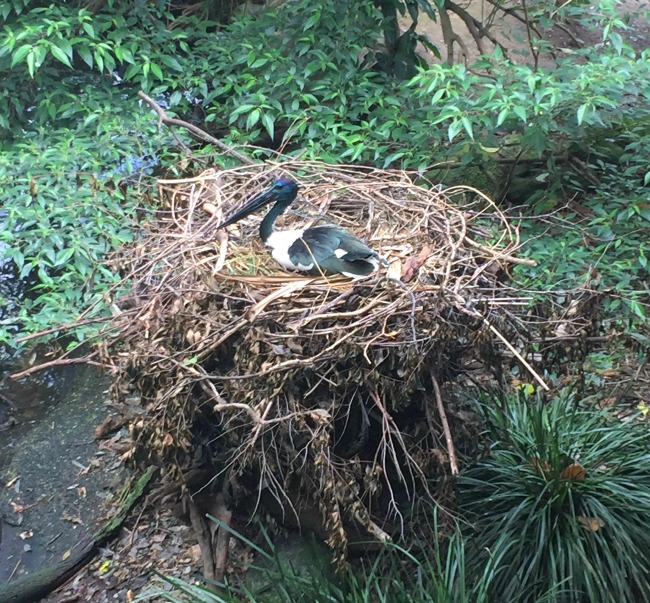 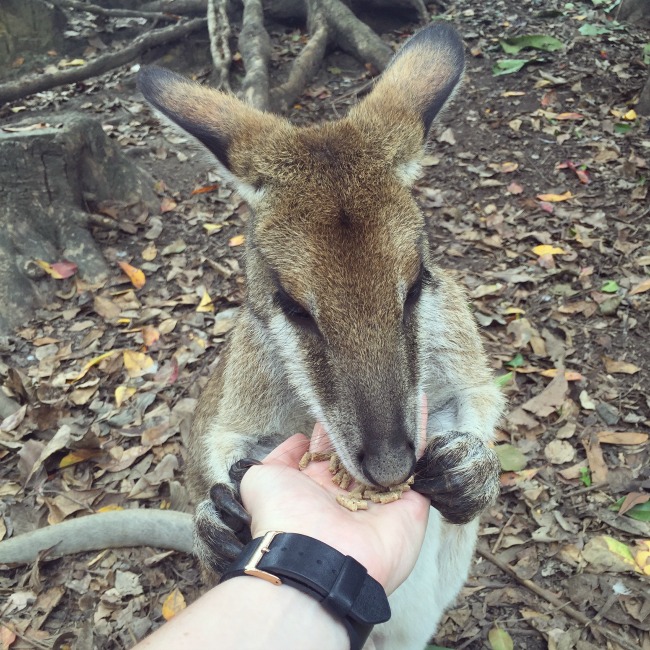 There we have it, my magical week in Port Douglas! It’s definitely somewhere I would recommend you visit, and I can’t wait to go back again!

I Spy Plum Pie is Liz, an early 30s kiwi-born, Melbourne raised girl who is passionate about the environment and sustainability, food, exploring and learning new things. Join me on my journey to a happy, sustainable life!
October 8, 2016 by I Spy Plum Pie (admin) | 2 Comments

2 Comments on Holiday Adventures: A Week In Port Douglas