There are lots of films out there with environmental messages, ranging from hard hitting documentaries to kid-friendly animations and pretty much everything in between! Today I wanted to share with you some of the best that I have seen – so here we go, my 10 eco films to watch! 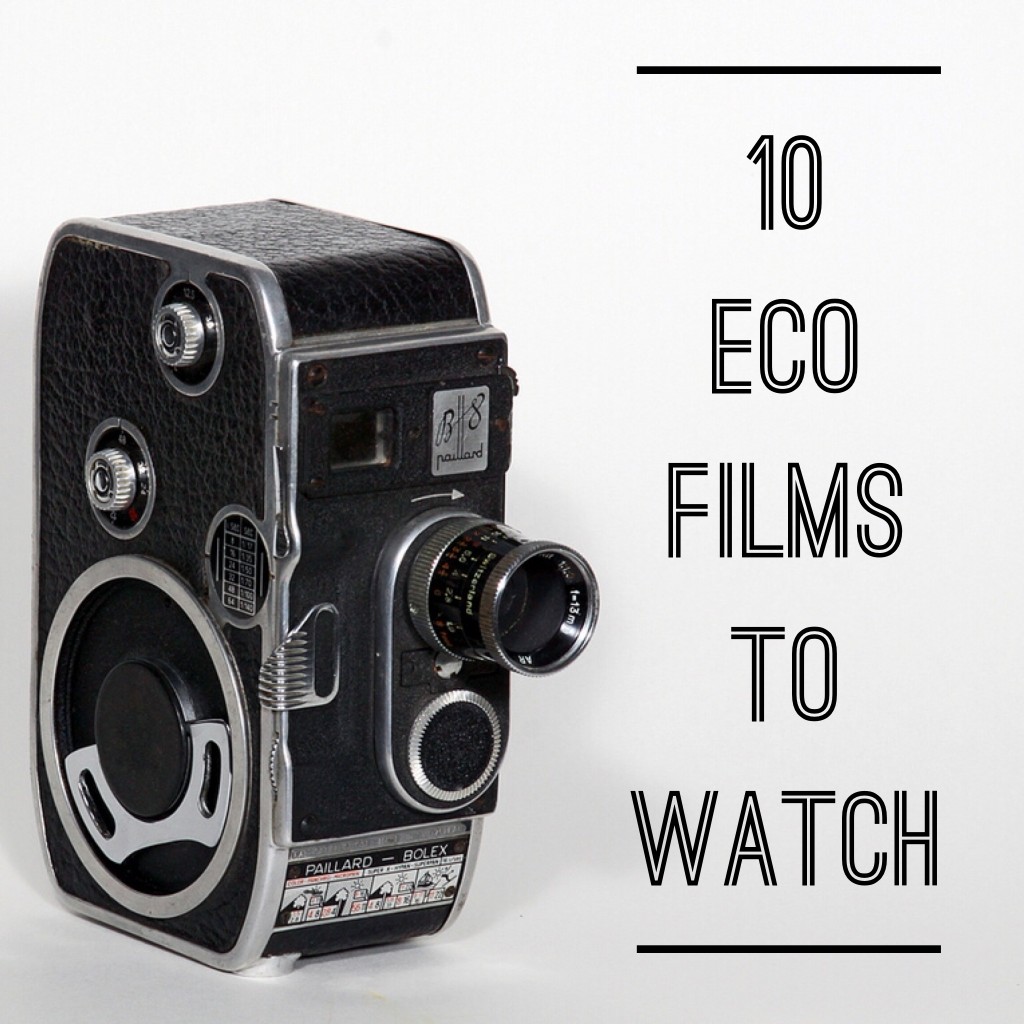 This amazing Pixar movie is a great one to start a conversation with kids about the dangers of overconsumption and where our planet is heading if we don’t reduce the amount of junk that is being sent to landfill. The towering piles of rubbish that cover the Earth make the future seem anything but appealing, although the movie isn’t all bad news, but I won’t spoil it if you haven’t seen it (and you should see it, it’s fantastic!).

This Al Gore documentary from 2006 was incredibly influential at changing the conversation around climate change across the world, and is definitely worth a viewing if you haven’t seen it (or haven’t seen it for a while!). It won 2 Oscars which is pretty impressive given it’s really just Gore talking to some fancy slides!

3. The End of Suburbia: Oil Depletion and the Collapse of the American Dream

This documentary from 2004 examines what will happen to the US economy and the resource-intensive way of life of many Americans when peak oil hits and demand for fossil-fuels outstrips supply. Even though it’s American focussed the messages are equally important here in Australia, with car-dominated suburbs sprawling as far as the eye can see and questions continually being raised about the sustainability of how we’re currently living.

Another excellent option to watch with kids, this fun, music-filled animated movie still brings home some important environmental messages. The movie talks about the impact humans have had on the food chain through overfishing, as well as the impact of pollution in the ocean. Maybe not one to watch while eating fish & chips!

This 2008 documentary explores the American farming system and the worrying state of food supply, as well as the impacts of agribusiness on the environment, workers and the animals. Again, it might be American focussed but it’s definitely still an engaging watch.

A documentary from 2009 that follows an American couple and their child (and dog!) as they attempt to have a zero environmental impact year in New York City. Going off the grid in a major city is no easy feat, so it’s worth having a watch to see how they go!

7. The Story of Stuff

The Story of Stuff is just 20 minutes long, but it sure teaches a lot in that short time! It’s all about how we make, use and throw away all the stuff in our lives, and explores our consumption patterns and how they impact on the planet both environmentally and socially. The film is available online at the Story of Stuff where they also now have a whole collection of other short films covering topics like bottled water, electronics and even solutions. They’re all great to watch with kids as well.

This biographical 2000 movie starring Julia Roberts tells the amazing true story (although dramatised of course!) of Erin Brockovich, who fought against a giant energy & gas company accused of poisoning a city’s water supply. A great movie for highlighting the impact one organisation can have on a whole city’s health, but also the impact of one woman to fight against them. Just quietly, I can’t believe that movie is 15 years old now!

A 2005 documentary narrated by Joaquin Phoenix and featuring music from Moby, this is difficult but important viewing. It explores the myriad of ways humans use animals, from food to entertainment, pets, research and clothing. It’s definitely not lighthearted viewing, so make sure you’re prepared for that, but it really is worth watching. Maybe one to watch with a meat-free meal as well!

The 11th Hour was produced and directed by Leonardo DiCaprio in 2007 and shows the devastating impacts of climate change with floods, droughts and damaging storms hitting across the globe. DiCaprio includes data from big names like Stephen Hawking but also highlights what we need to do to turn the problems around.

What is on your eco films to watch list? I’d love to add some new films to my must-watch list!

I Spy Plum Pie is Liz, a mid-20s kiwi-born, Melbourne raised girl who is passionate about the environment and sustainability, food, exploring and learning new things. Join me on my journey to a happy, sustainable life!
March 28, 2015 by I Spy Plum Pie (admin) | 0 comment