Today’s post is less of a recipe, and more of a how-to! I live in a share house with three other people and the two boys have a slight obsession with magnum ice creams. Every Monday night before we settle in for a family viewing of Q&A they have a little competition (usually an arm wrestle or rock-paper-scissors!) to decide whose turn it is to go and get the magnums. This week however, it was one of the boys birthdays so I decided to make my own version of a magnum for them instead – and giant sized at that! It turned out better than expected so I thought I’d share it with you!

For those who don’t know, a magnum ice cream looks like this: 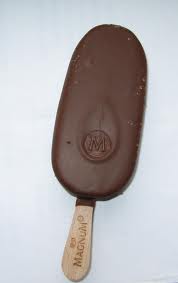 The boys usually just eat the vanilla flavoured ones, but I decided to jazz it up a little so that if the presentation failed at least it would taste good! I used vanilla ice cream as my base and then added crushed up choc-ripple biscuits, crunchie and caramel topping. 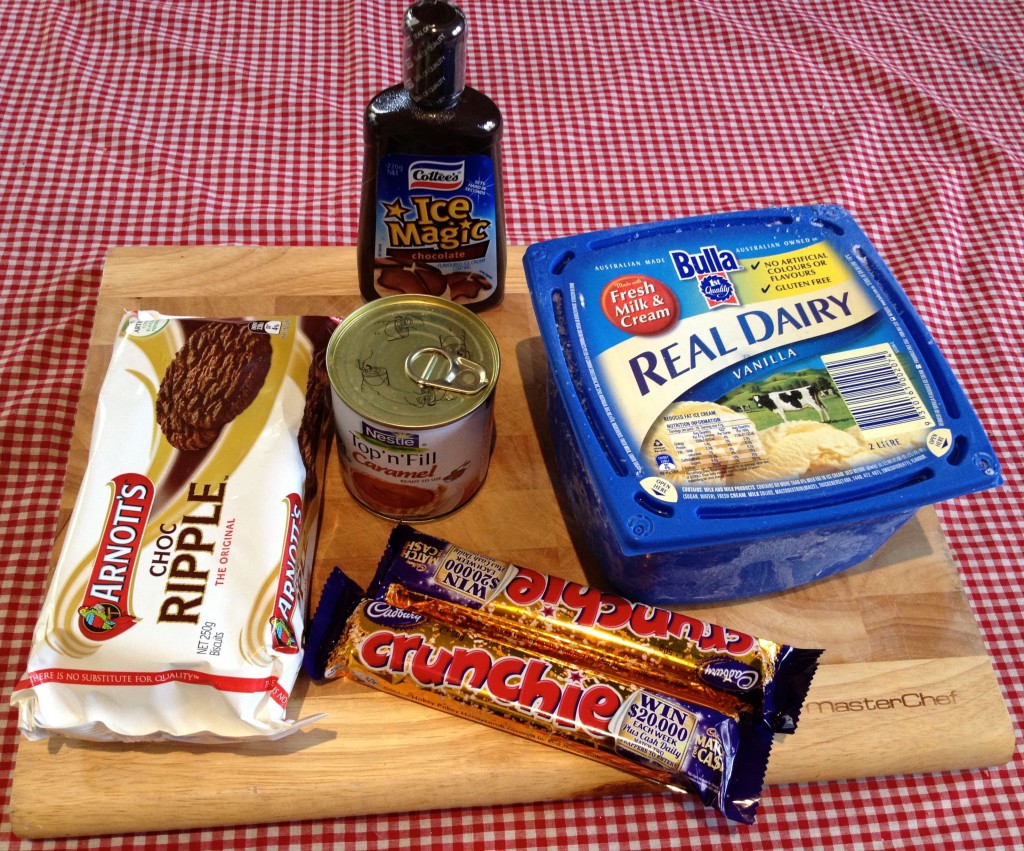 Voila! Whilst it’s not perfect, I was pretty happy with how it turned out! Plus, it tasted delicious! 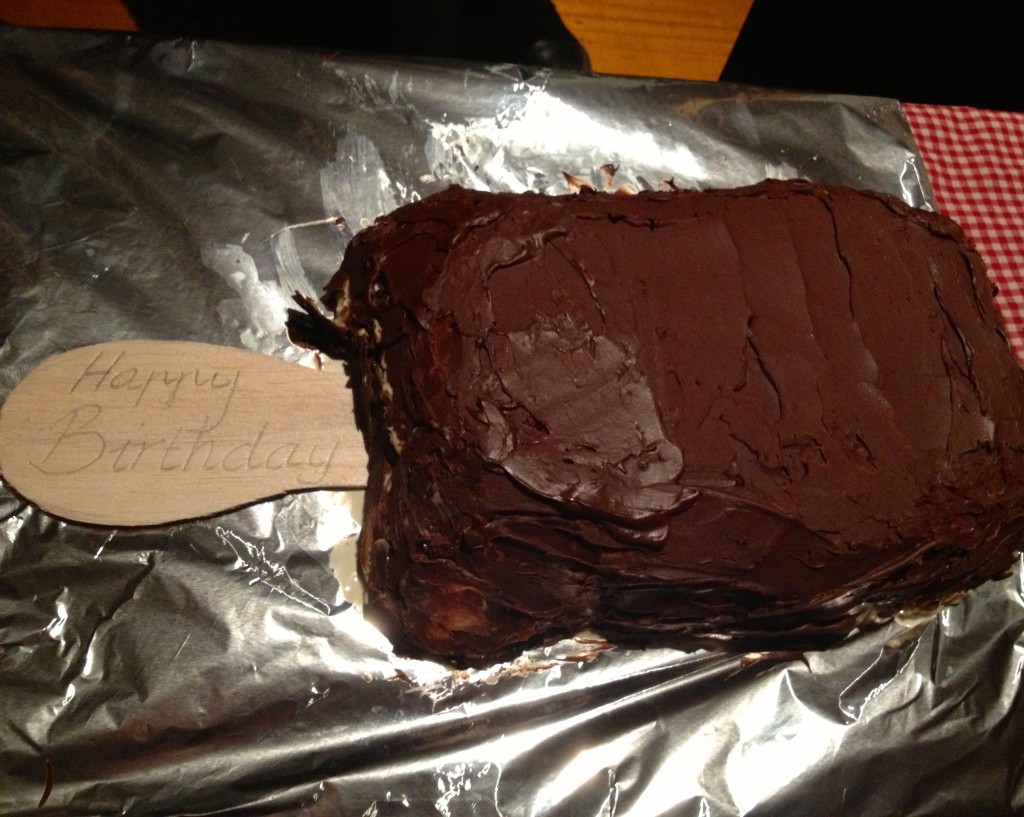 What’s the most difficult shaped cake you’ve ever made? Have you made an ice cream cake before?

I Spy Plum Pie is Liz, an early 30s kiwi-born, Melbourne raised girl who is passionate about the environment and sustainability, food, exploring and learning new things. Join me on my journey to a happy, sustainable life!
June 5, 2013 by I Spy Plum Pie (admin) | 5 Comments