In the last of my Dublin Exploring posts I wanted to share some of the fascinating historical sites Kat and I visited – Kilmainham Gaol & Dublin Castle. We really went on a learning expedition on our few days in Dublin, finding as much out as we could about Irish history & we timed things well given it was the anniversary of the 1916 uprising, and both Kilmainham Gaol & Dublin Castle were bursting with history!

Despite a castle being on this site since the early 1200s, Dublin Castle doesn’t look like most European castles, and has played many different roles over its lifetime. It has been a fortress, a royal residence, a jail, government offices and more, and much of the current castle now dates from the 1800s. The site includes museums, gardens, Government buildings, a chapel, medieval remains and State Apartments, with some parts free to visit and others only on a guided tour. We decided to go with the guided tour option (€8.50) and got ourselves an entertaining and incredibly knowledgable guide. 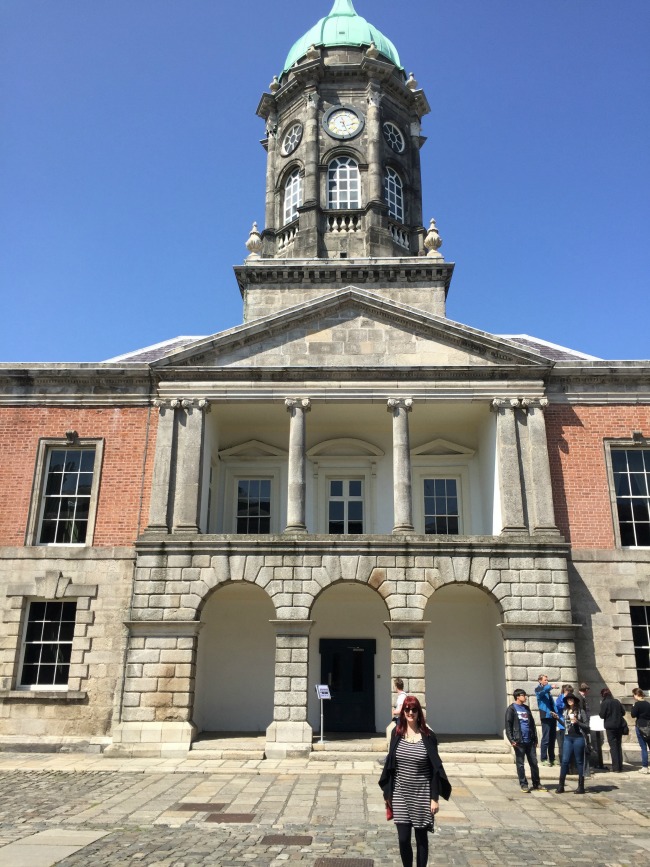 The tour took us through the medieval ruins of what had been the gun powder tower, the city walls and the viking defence bank which was all really fascinating to see. Only one of the original towers still stands, but in excavating the remains of this tower they were able to discover all kinds of Viking relics and evidence of how they had lived.

We then headed through the Chapel Royal, which had an incredibly beautiful organ inside, and has on display the coats of arms of all the Justiciars, Lord Deputies and Lord Lieutenants of the Chapel, starting way back in 1172. 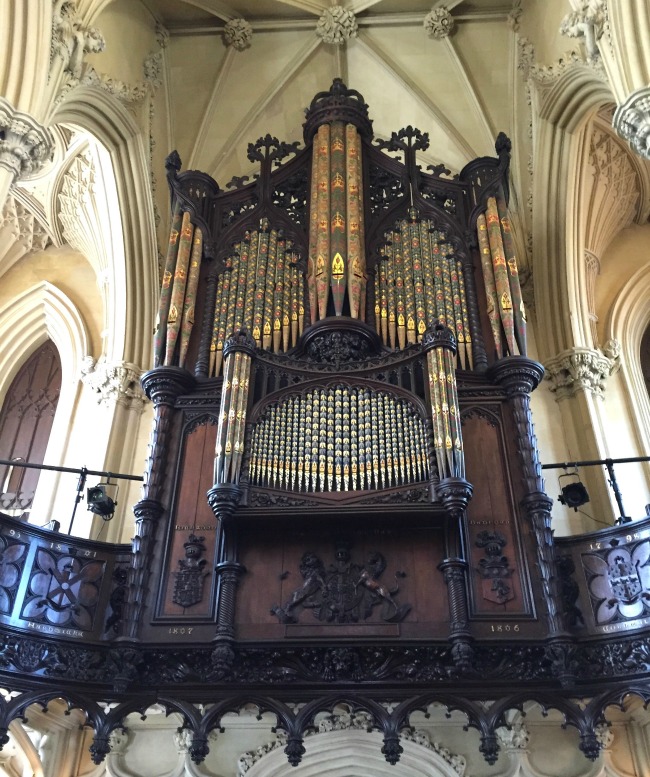 The rest of the tour took us through the State Apartments which were constructed as the residential and public quarters of the Viceregal Court and have been the home of some pretty extravagant events over their time. Nowadays they are used for events including Irish Presidential inaugurations, some functions and hosting various heads of state.

The Drawing Room was one of my favourites, full of mirrors, portraits and elaborate furniture. This is where the women would go during the parties, dinners and balls of the 18th and 19th centuries, in between being asked to dance of course. It was a really beautiful room, full of so much detail and incredibly regal decor. 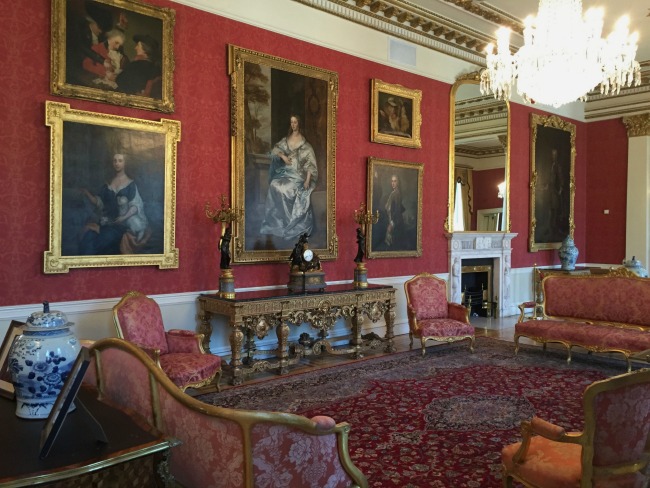 The Wedgwood Room was equally stunning, decorated in the traditional blue and white colours and designs, although it was much more subtle than the Throne Room with its incredible brass chandelier and gold decorations lining the walls. Each room we went through was beautiful in its own distinct way, and bursting with history that our guide shared with an excellent smattering of humour along the way.

It was an incredibly informative tour and one that I would highly recommend if you find yourself in Dublin any time soon!

The last stop of our historical tour of Dublin took us to Kilmainham Gaol, which we thankfully booked in advance as it is particularly popular this year due to its links to the 1916 uprising. Entry is only available as part of a guided tour (€7).

The Gaol was built in 1796 in what was meant to be an improved style of prison, with prisoners not separated by gender, and children kept in with adults. It soon became over-crowded and more wings had to be built over time. It remained an active prison until 1924 and then was left to fall into ruin until the 1950s when a community campaign was started to restore the buildings and turn it into a museum. 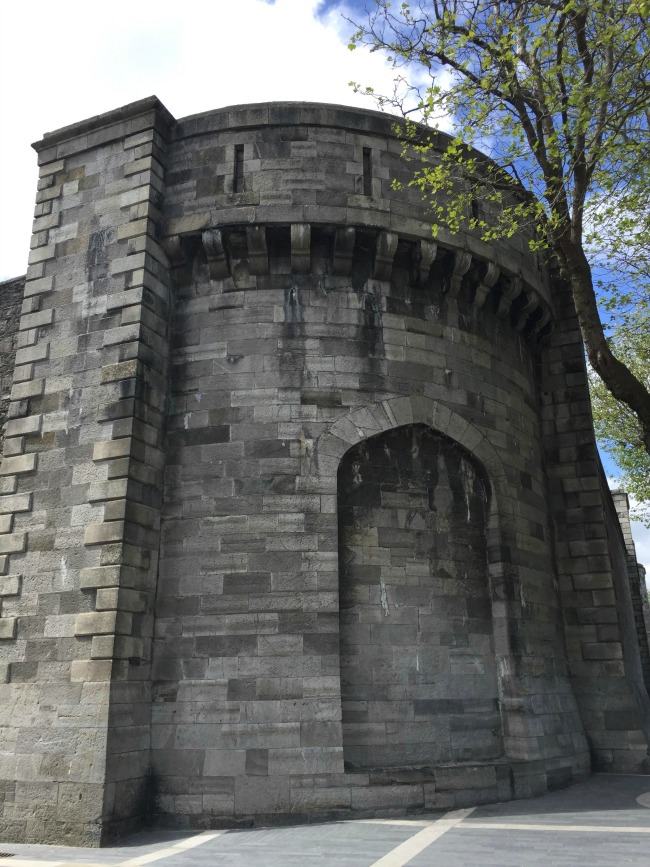 The tour took us through corridors and past cells in the original part of the gaol, that had once not only held many prisoners in the cells but sleeping on straw in the corridors as well which must have been incredibly difficult through the Irish winters. 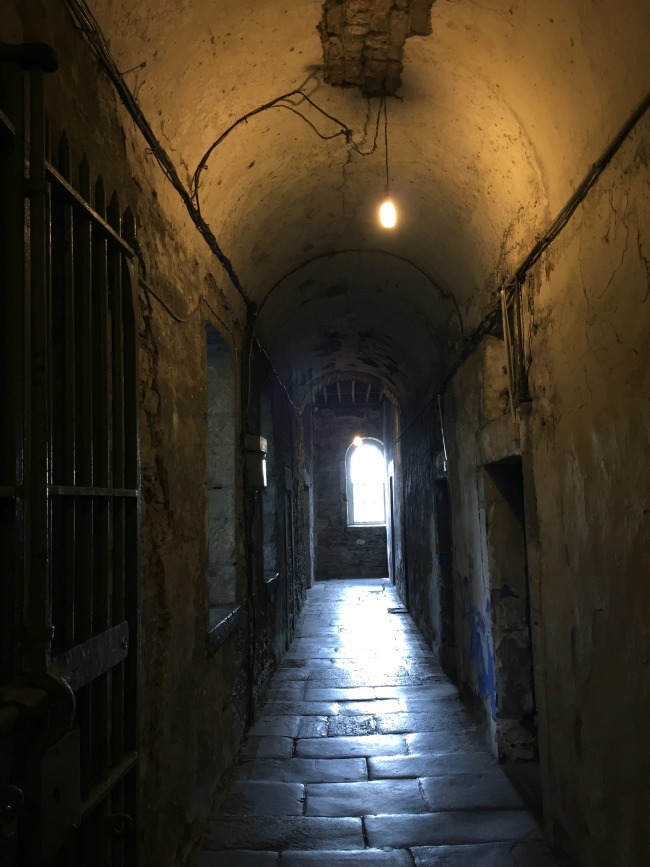 We then went through the (very basic) chapel and into the wing that had held some of the leaders of the Irish Uprising in 1916 before they were executed. It was so interesting to see where they had been held and hear stories of their last few days, as they definitely loom large as figures over Dublin, particularly this year. 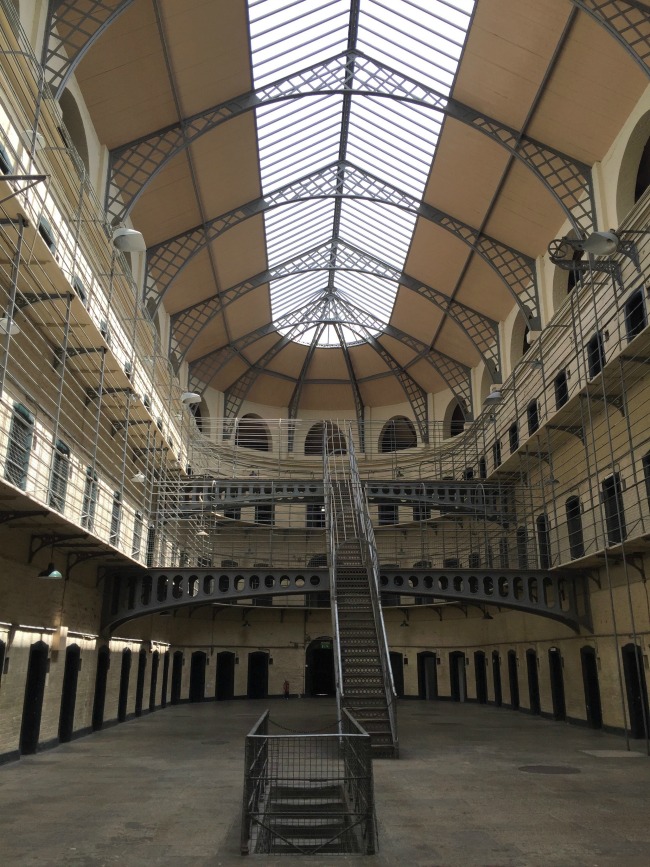 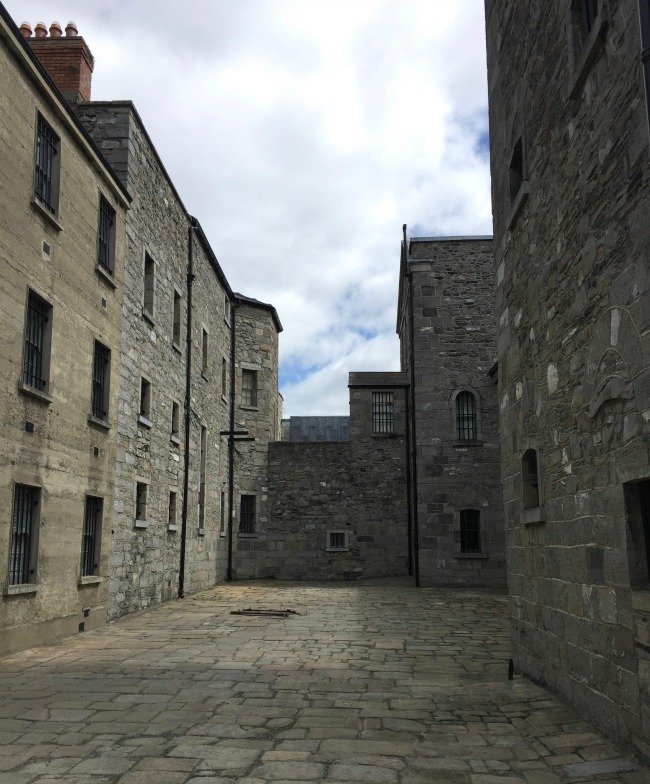 The final executions to be undertaken were those of the imprisoned leaders of the 1916 uprising, and there is now a plaque in the courtyard remembering them, as well as wreaths in the Irish flag colours. Whilst the executions were tragic, they did result in a turnaround in opinion from the Irish public towards the British and sympathy towards the rebels grew.

We walked away bursting with new information and wanting to learn even more about that period of Irish history (which we then went away and researched, we’re definitely nerds at heart!). Visiting Kilmainham Gaol was definitely one of the highlights of my time in Dublin, so I would highly recommend adding it to your to-visit list!

Have you visited Kilmainham Gaol & Dublin Castle before?

I Spy Plum Pie is Liz, an early 30s kiwi-born, Melbourne raised girl who is passionate about the environment and sustainability, food, exploring and learning new things. Join me on my journey to a happy, sustainable life!
August 17, 2016 by I Spy Plum Pie (admin) | 2 Comments