This edition of my Dublin Exploring adventures is a little less culture heavy than the last one and much more beer heavy! Ireland does beer rather well, so Kat & I set about visiting some of Dublin’s most famous pubs as well as the Guinness Storehouse!

The Brazen Head is Ireland’s oldest pub, having been in operation since 1198 which is pretty remarkable. It has had some famous patrons in its time including James Joyce and Jonathan Swift, as well as Irish revolutionaries including Daniel O’Connell, Michael Collins and Robert Emmet.

It’s a gorgeous little pub with a few indoor rooms and a central courtyard, making it an excellent place to soak up some sun or hide away from the cold. They don’t do much vegetarian food (a common theme in Irish pubs I found!) but the chilli I had was delicious. They have live music every night and on Sunday afternoons, mostly traditional Irish music but sometimes big names like Van Morrison and Tom Jones.

You can really feel the history of the place when you’re there, so it’s definitely worth a visit!

Temple Bar is an area of Dublin of streets lined with pubs, restaurants, cultural centres and galleries, and two large squares which host markets and a summer outdoor cinema. It was an incredibly cute series of streets, looking like something you’d see on a movie set if you asked someone to create a ‘Irish pub scene’. We really enjoyed wandering through the streets both during the day and in the evening, and popping into a few of the pubs to sample their wares! 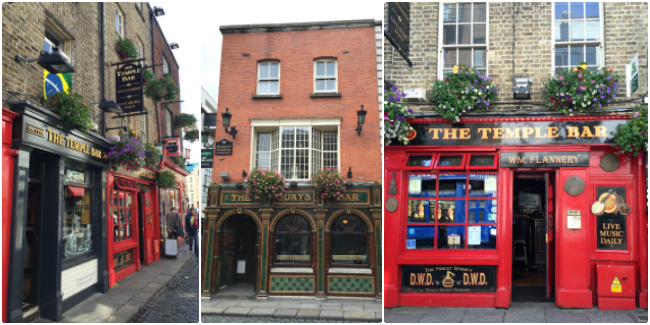 Many of the pubs had live music at various times, and in one we even got to see some traditional Irish dancing. They are definitely catering to the tourist market which I generally try to avoid, but in this instance it was a whole lot of fun. I also made the decision to try a different local beer each time I ordered, so I got to sample at least a few (or more than a few!) of the beers on offer. They were all pretty delicious too! 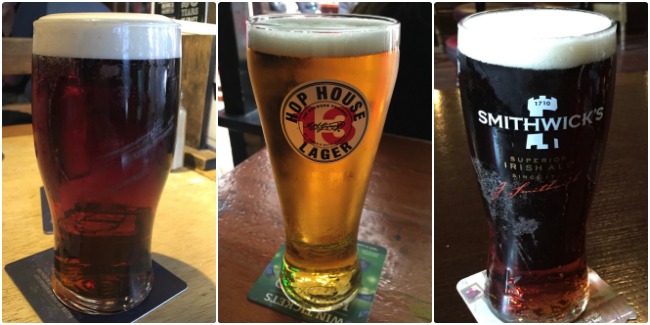 The last beer related touristy thing we did was visit the Guinness Storehouse, which is an interactive experience located within the Guinness brewery complex. It is a seven storey building built in the shape of a pint of Guinness, with each floor dedicated to a different element of the Guinness story.

It costs between €16-19 to visit, which includes one free pint of Guinness along the way. We learnt all about the 250 year history of Guinness, including the fact they actually have a 9,000 year lease on the brewery land (how’s that for forward thinking!), what goes into every glass and even some of the iconic Guinness advertising from across the years. 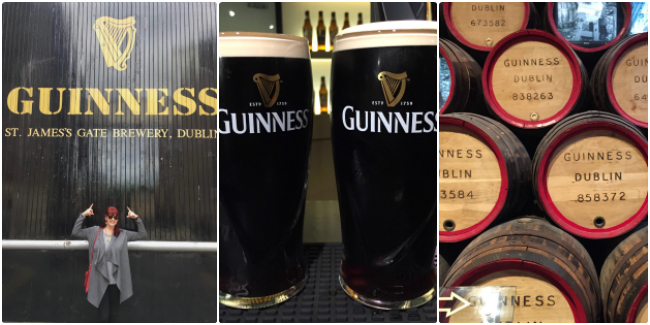 We even got to learn how to pour the perfect glass of Guinness which is a multiple-step process that took some pretty intense concentration (as you can probably tell from the look on my face!). We took our freshly poured beers up to the bar on the top floor where there is an incredible view over Dublin in all directions.

There’s no denying that the Guinness Storehouse is busy place, but we didn’t ever feel crowded or rushed and you can move through the levels at your own pace. It’s popular for a reason, that’s for sure! 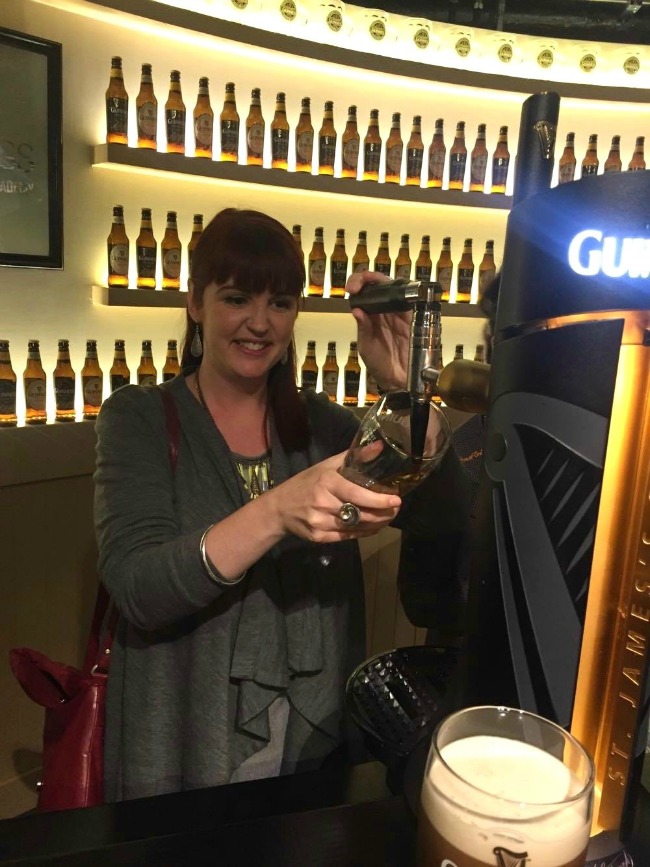 Have you been to Dublin before? Did you visit the Guinness Storehouse or sample much of the beer?

I Spy Plum Pie is Liz, an early 30s kiwi-born, Melbourne raised girl who is passionate about the environment and sustainability, food, exploring and learning new things. Join me on my journey to a happy, sustainable life!
August 10, 2016 by I Spy Plum Pie (admin) | 2 Comments