I’ve been on a bit of a ginger kick recently, putting it in everything from stir-fries to slices and now muffins! I wanted to make some muffins to take along to the football a few weekends back and I had some juicy, ripe pears sitting in my fruit bowl (which is actually a three-tiered cake stand, but that’s a little off topic!) so pear and ginger muffins it was!

Pear and ginger make such a delicious combo, and in my mind make these muffins a little fancier than the stock-standard banana or berry muffins I usually make (although they are delicious as well!). It’s safe to say they were quite the hit at the footy, although not magic enough to make up for the fact part of our football crew were rather sad to see their team eliminated. The muffins are good, but they can’t perform miracles! 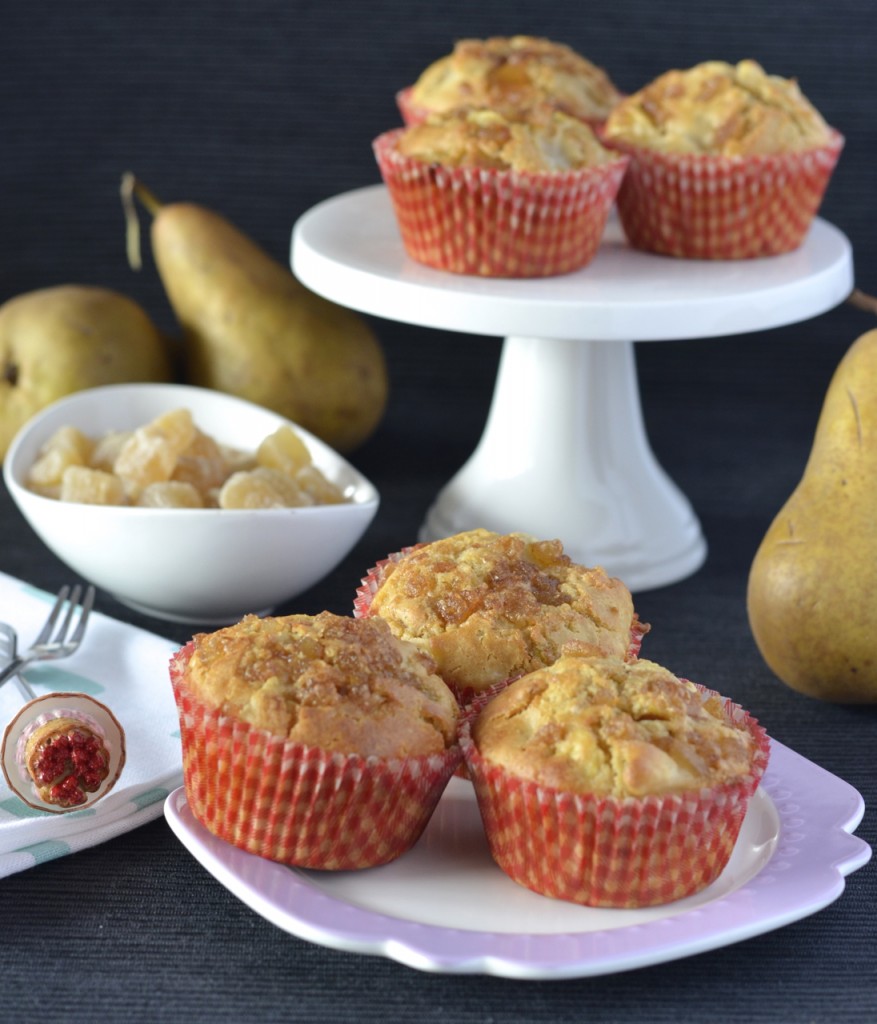 Anyway, onto the recipe! 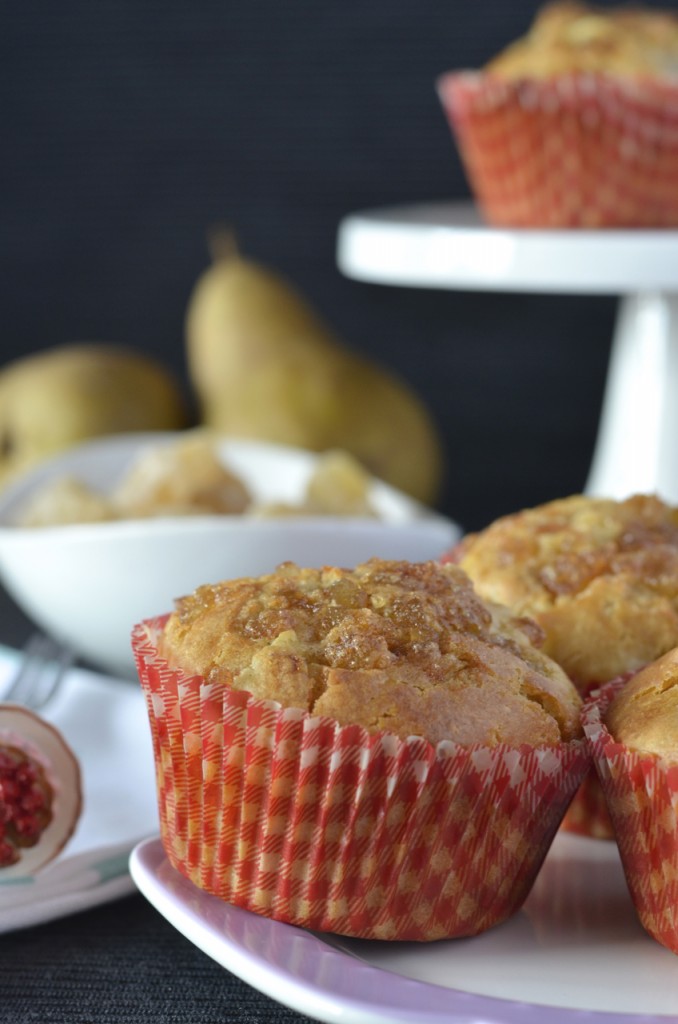 The muffins are deliciously soft and moist inside thanks to the chunks of yummy pear, and then have a touch of crunch on top – the perfect combination in my books! They’re also super easy to whip up and you don’t even need to pull out the electric mixer so there’s very few dishes to have to deal with afterwards, which is always a selling point for me! My poor little apartment kitchen doesn’t cope well with too many dishes (or maybe that’s just me!).

It’s definitely nice to have another muffin recipe in my repertoire now because I don’t think there’s such a thing as too many muffins! Not when they are this tasty at least! 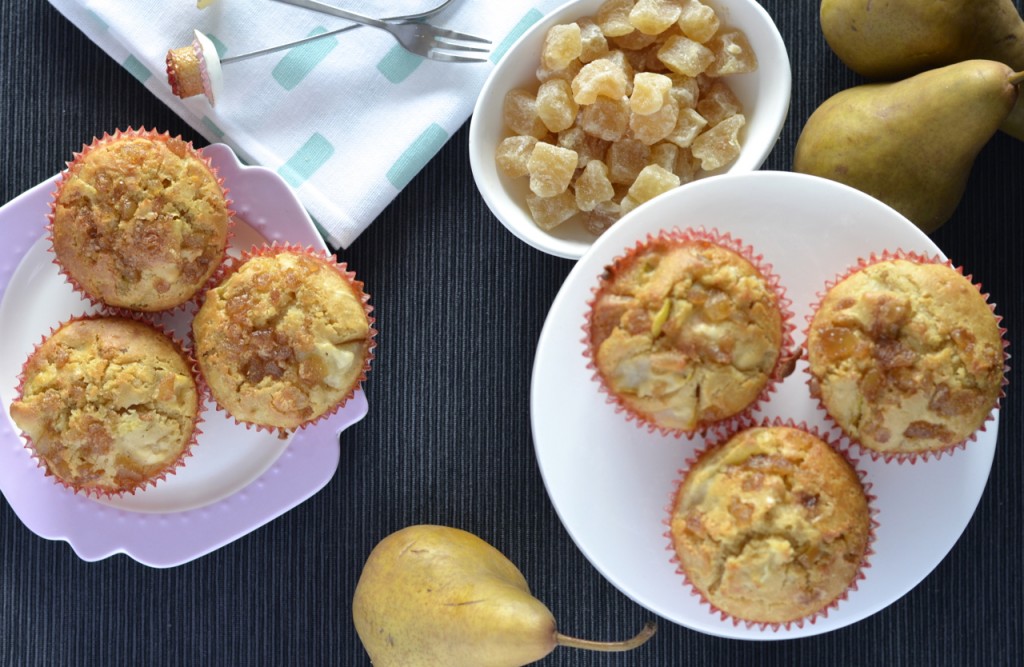 Have you been doing any baking lately? Fancy giving these pear and ginger muffins a go?

I Spy Plum Pie is Liz, an early 30s kiwi-born, Melbourne raised girl who is passionate about the environment and sustainability, food, exploring and learning new things. Join me on my journey to a happy, sustainable life!
September 28, 2015 by I Spy Plum Pie (admin) | 6 Comments