We wanted to share a range of things so ordered mainly from the entree/small dish sections, but there are vegetarian curries, udon noodles, a soba salad and an eggplant dish amongst other things on the mains section as well. Definitely no shortage of choice! I can’t remember the exact prices of everything we ate as I didn’t write it down (bad blogger!) and their website appears not to be working, so the prices are estimates – sorry!

First up we had the Vegetarian Gyoza (5 pieces – approximately $9) which are always a favourite of ours. These didn’t disappoint and were well cooked, full of flavour and came with a delicious sauce. I just never understand why everything comes in fives, but anyway! 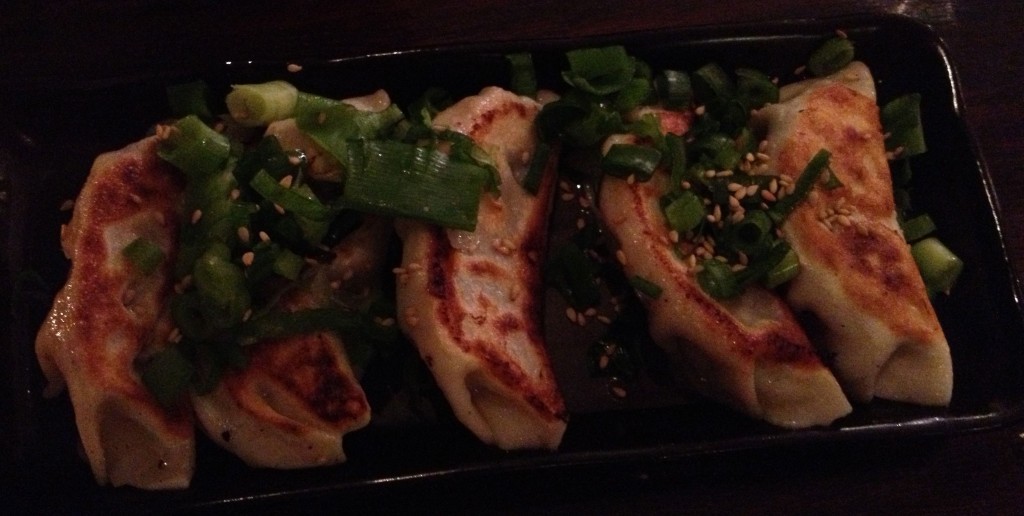 We then had the Tempura Avocado (approximately $9.50) which was served with a side salad, spices and kewpie mayo. This was an interesting dish as the avocado was still quite firm which is not what I expected. I think I would have preferred them cooked slightly longer so the outsides were more crispy and the insides softened, but they were still tasty, and one of B’s favourite dishes of the night. 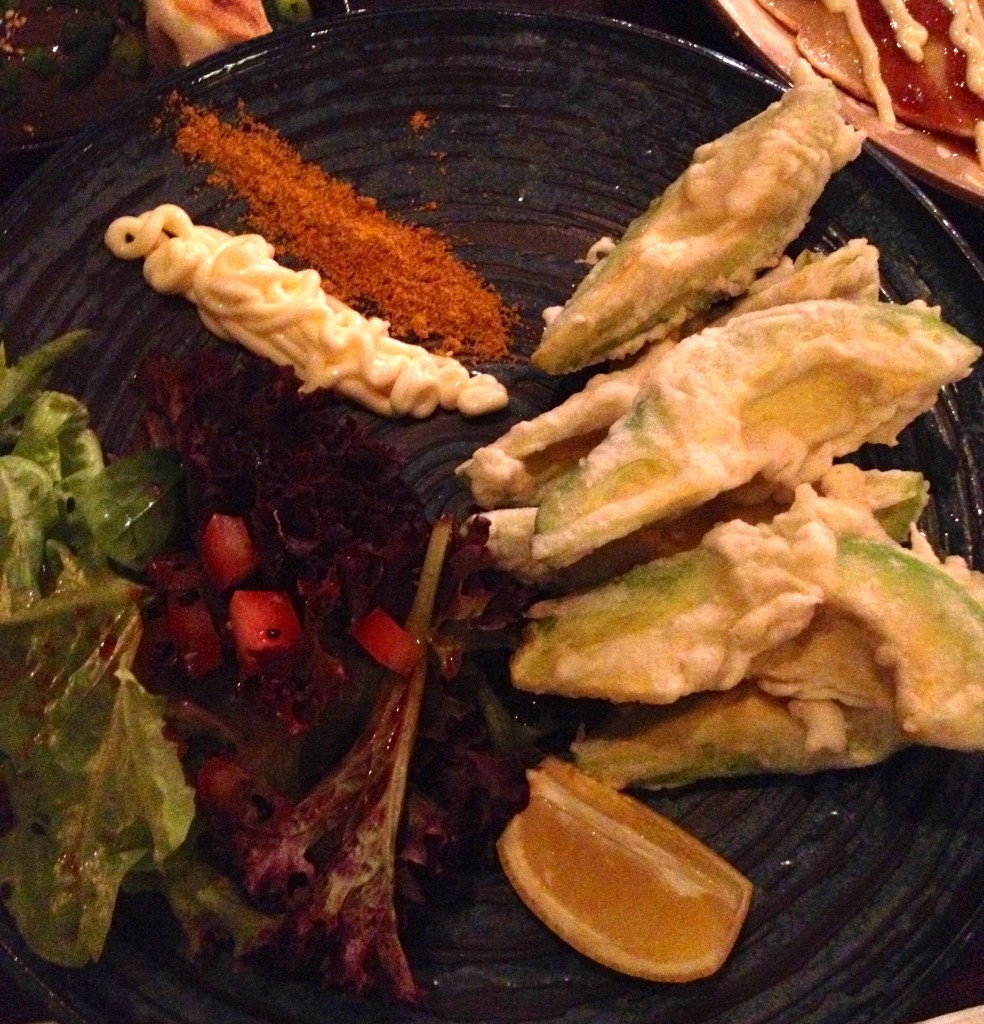 Next up was the Okonomiyaki (approximately $9.50) which I always love, and this was no exception. I don’t quite know what it is about kewpie mayo that makes it taste so good, but I love it. The okonomiyaki was ginormous but was had a good ratio of potato to cabbage and a perfect amount of sauce. I was very happy eating this! 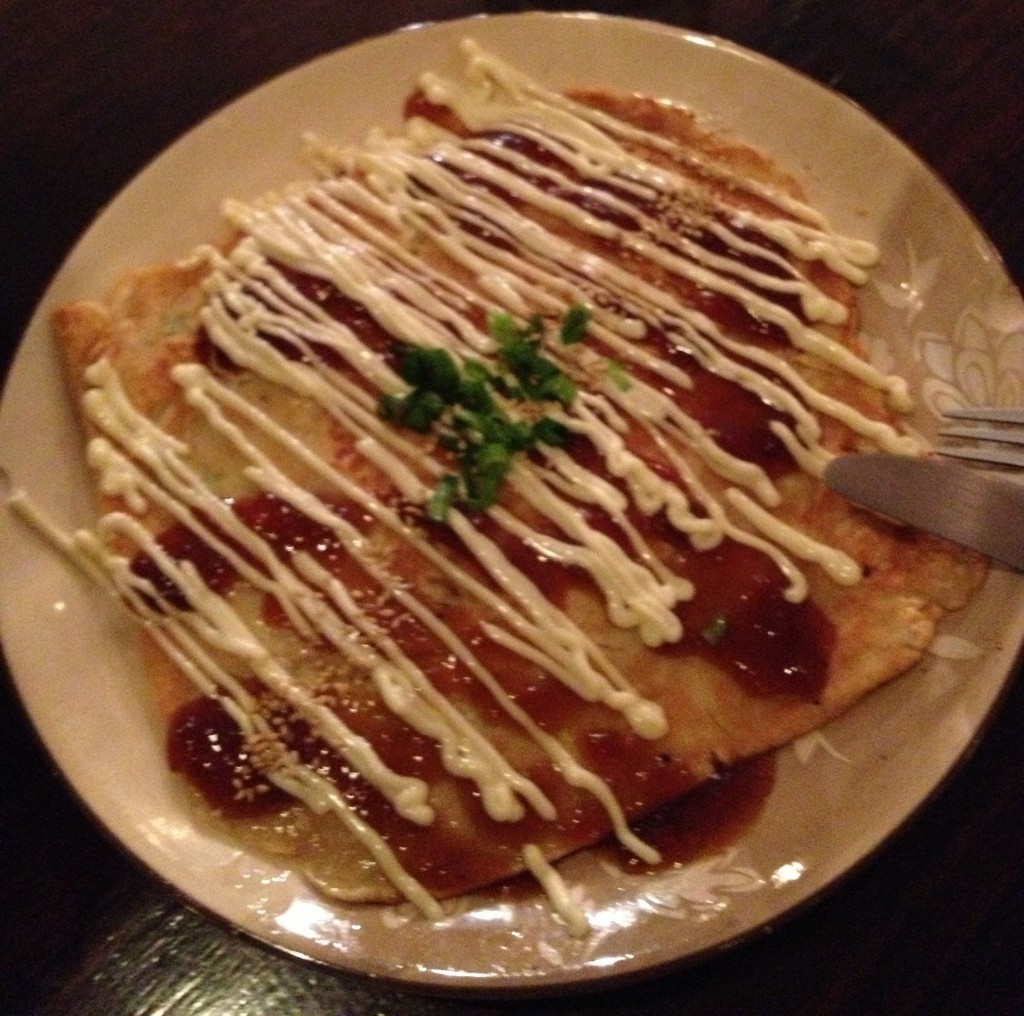 Last up was a set of three Onigiri ($17.90) which came with some pickled vegetables and edamame. We had two sweet potato onigiri and one corn butter, just so we could try the two vegetarian flavours. These were quite tasty but could have done with a little more flavour from the fillings, as some bites would just consist of rice, which slightly let down the dish. When you got the sweet potato or corn parts they were really nice, and the addition of the small serve of edamame and picked vegetables was great. I love edamame but couldn’t bring myself to order a whole serve so it was excellent to still get to eat some! 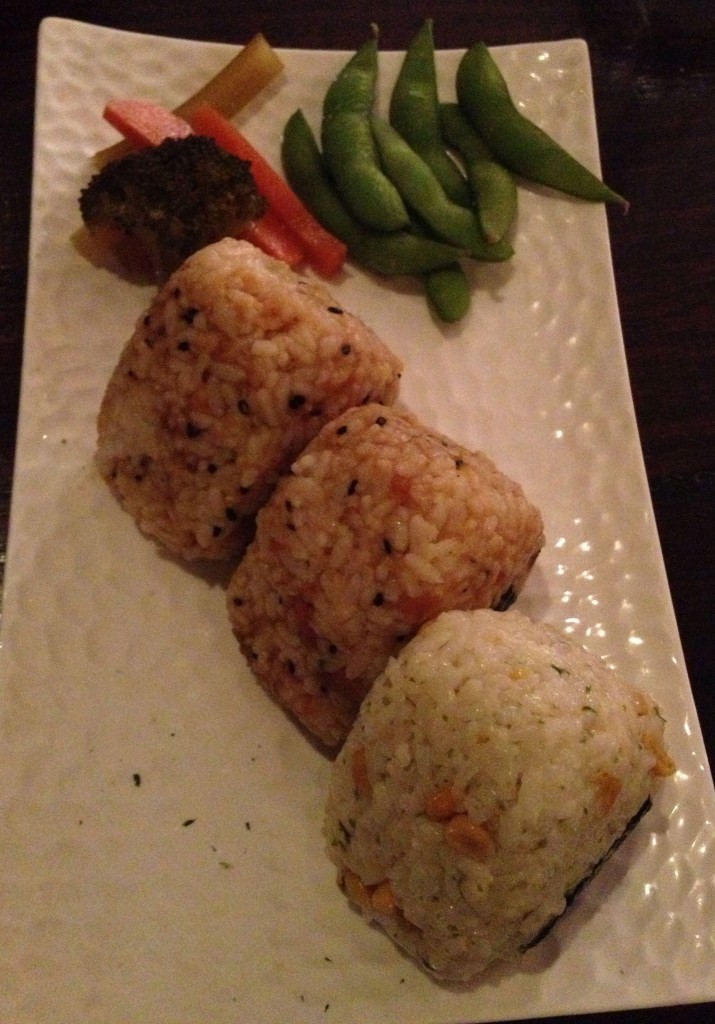 The place was a lot quieter than the last time we had been but the food was still tasty and we left very full and satisfied. It’s not the cheapest Japanese restaurant in town but it’s a nice restaurant with attentive (but not over the top!) wait staff and a good atmosphere. The fact it caters so well to both vegans and vegetarians is obviously a huge plus as well!

Are you a fan of Japanese food? Do you know what the secret to kewpie mayo tasting so good is?!

I Spy Plum Pie is Liz, an early 30s kiwi-born, Melbourne raised girl who is passionate about the environment and sustainability, food, exploring and learning new things. Join me on my journey to a happy, sustainable life!
September 12, 2013 by I Spy Plum Pie (admin) | 2 Comments