On my recent trip to New Zealand we spent a week in Wellington – the city I was born in – and while there we visited both Te Papa and the Great War Exhibition. Both museums were full of amazing exhibits and taught me so much more about the history of my homeland. Today I thought I would share a little about both museums with you all!

Te Papa is New Zealand’s national museum and across its floors there are a range of exhibits relating to the natural and human history of the country. I found the Waitangi Treaty section particularly enlightening, as well as the area dedicated to earthquakes. They even have a room you can stand in to experience what it is like to be in a small-scale earthquake, which was pretty confronting.

The exhibit we spent the most time in was Gallipoli: The Scale of Our War, which will be at Te Papa for the next few years. We had to queue for a little while to get in given it was a Saturday, but it was well worth the wait. 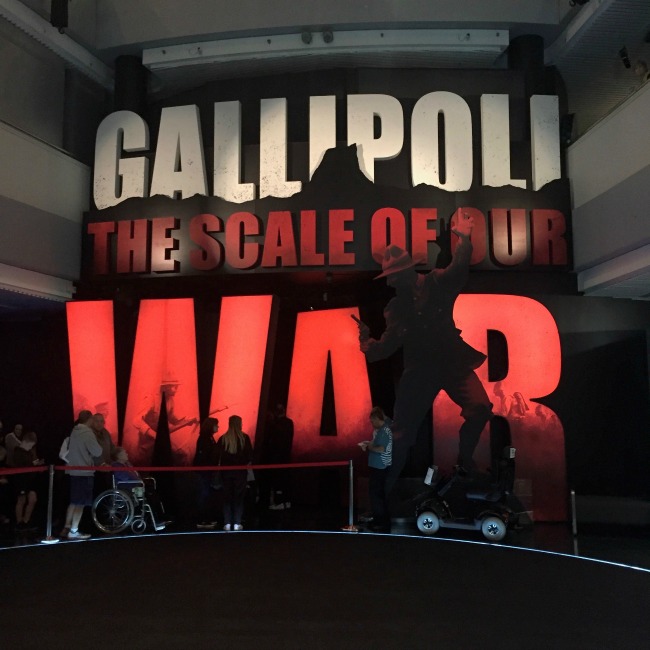 The exhibit was developed in conjunction with Peter Jackson and Weta Workshops, so as you can imagine the detail was incredible. It steps you through the 8 month campaign of New Zealand soldiers in Gallipoli, with each section shown through the eyes of a different Kiwi who found themselves part of the campaign. 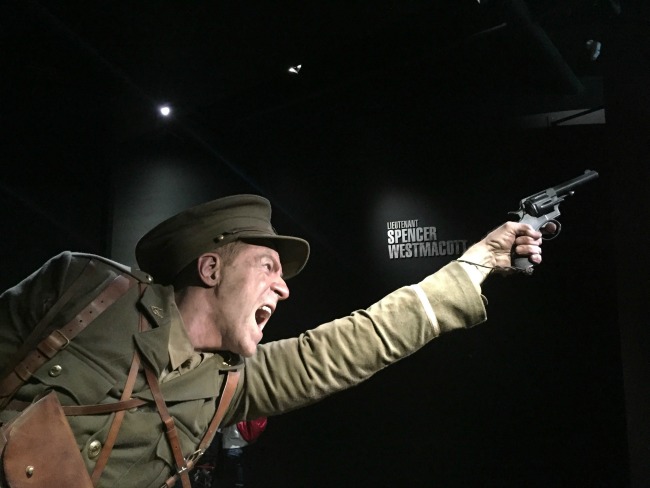 Each person was re-created at 2.4 times human scale, and the level of detail was phenomenal. It really made you stop and take it all in, and really learn more about their individual stories. This brought the whole exhibit to life, and really highlighted the human side of the war in devastating detail. There were plenty of tears shed along the way, that’s for sure. 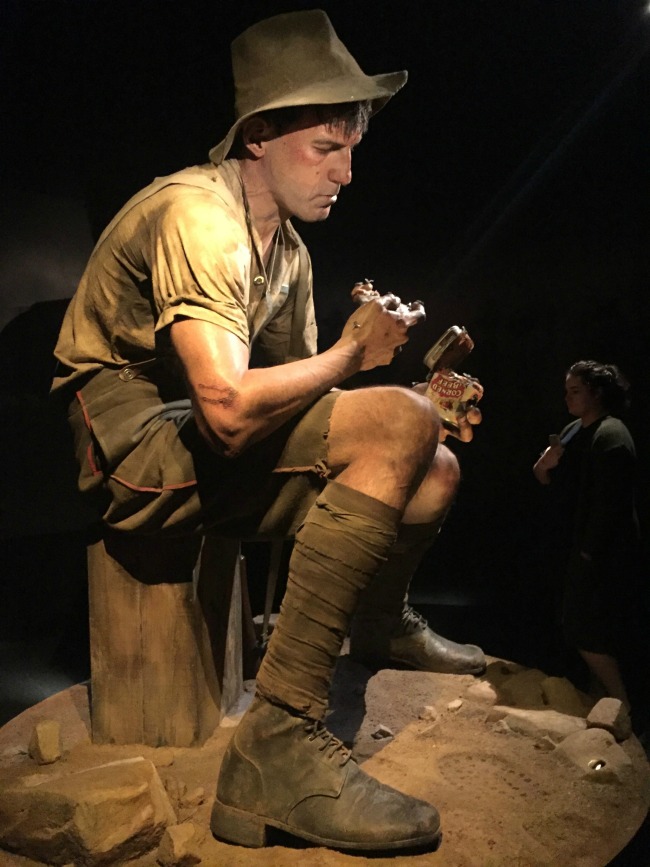 The exhibit also included incredibly detailed models, dioramas and interactive experiences which allowed me to understand the Gallipoli campaign in much more detail than anything I was ever taught in school. It was also really worthwhile to get a true sense of the Kiwi side of the ANZAC campaign, which is not something that is really dwelled on here in Australia.

The most amazing part is the whole of Te Papa is free to visit, including the Gallipoli exhibition, so I highly recommend you check it out if you’re in Wellington anytime soon.

On another drizzly Wellington day we headed up to the Dominion Museum Building, which is part of the Pukeahu National War Memorial Park to visit the Great War Exhibition. This is another exhibit developed by Peter Jackson and Weta Workshops, and it recreates elements of the First World War. 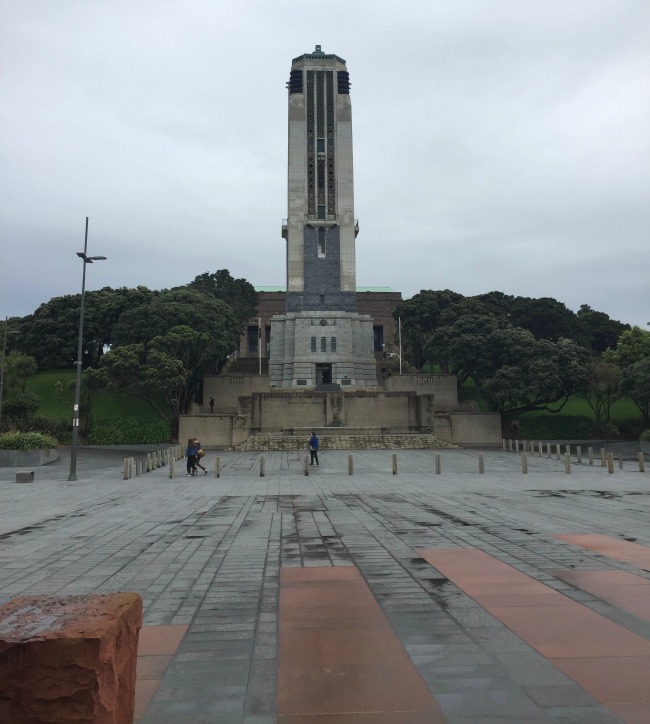 Entry is $15, or $25 for a guided tour, which is the option we went for. We were lucky enough to get a tour just for the three of us, and it was well worth the cost. The exhibition is set up like a movie set, stepping you through each year of the war in incredible detail. You start in a small Belgian village, and then move through year by year, experiencing the technological changes, and the horror, that unfolded. 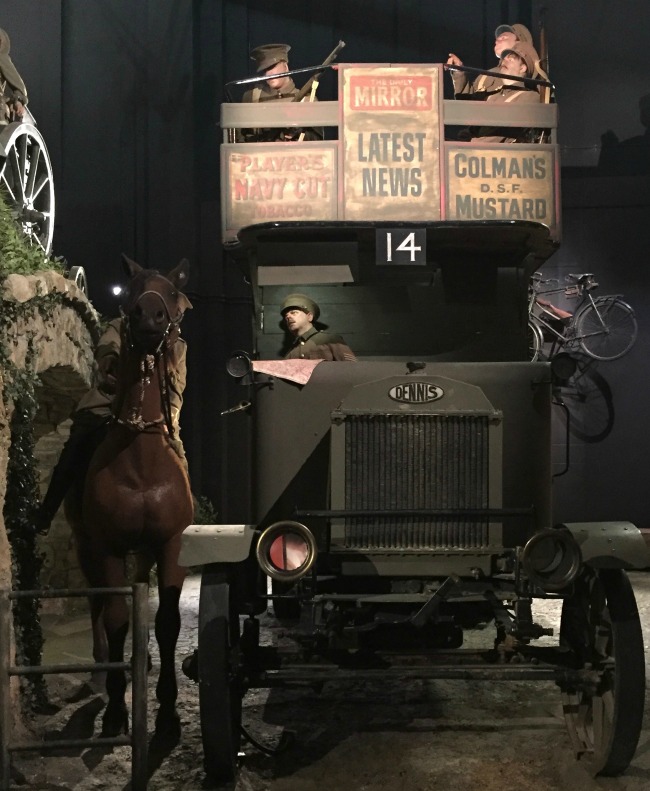 One of the most incredible parts for me was the fact that many of the features of the exhibition, including the truck in the photo above, the the gun below, are genuine articles from the First World War. They are owned by Peter Jackson, and he donated them to the museum for the exhibit. 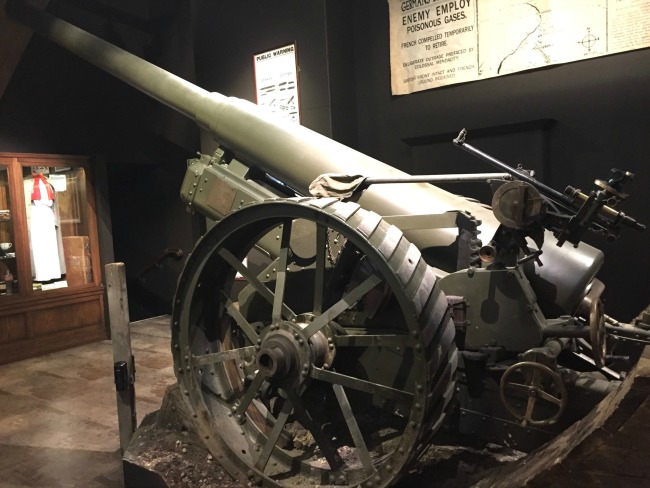 The final section of the museum is dedicated to hundreds of photographs from the war that have been painstakingly colourised by Weta Workshops. They are laid out in chronological order and really bring to life what day-to-day life was like for troops. It included a combination of professional photos and those taken by soldiers, so it really was an amazing snapshot of the war from their point of view. Much of it was confronting, but it was also showed the bravery and mate ship that came to the fore throughout.

The Great War Exhibition is well worth a visit, and I’m so glad we set aside the time to explore it, and learn more about New Zealand’s involvement, and sacrifices, in World War One. 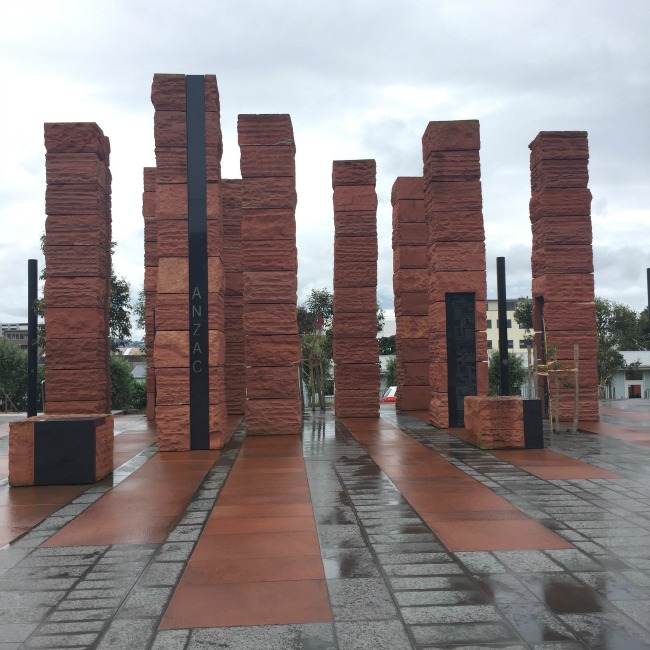 Have you been to Wellington before? Did you visit Te Papa or the Great War Exhibition?

I Spy Plum Pie is Liz, an early 30s kiwi-born, Melbourne raised girl who is passionate about the environment and sustainability, food, exploring and learning new things. Join me on my journey to a happy, sustainable life!
October 25, 2017 by I Spy Plum Pie (admin) | 0 comment