Since I first announced my love of true crime podcasts the number I am subscribed to just keeps on growing. Today I thought I would share 10 more of my favourites, covering everything from standalone episodes to long-form investigations – there is something for everyone! 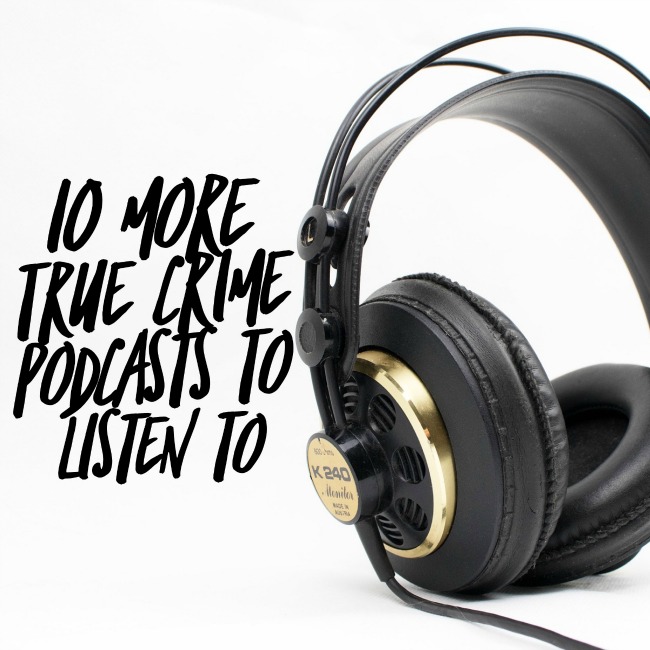 Felon is in some ways similar to Casefile, a podcast that made my original list, in that it is hosted by a serious Australian. It only covers Australian cases and it is really well produced, victim-focused and incredibly interesting. Despite having grown up in Australia there are so many cases I have never heard of before!

2. They Walk Among Us

This podcast is basically the UK version of Casefile or Felon and it is really fantastic. The host has a really soothing voice and the cases are covered in great detail. Victims are front and centre in the storytelling which I really appreciate as well. Well worth a listen.

In Sight is hosted by an Australian and an American and each week they discuss a different case in excellent detail. It’s well researched, interesting and covers cases from all around the world. It took a little while to grab me but the episodes get better and better!

4. Once Upon A Crime

The thing I really like about Once Upon A Crime is that she does short series of podcasts that cover crimes of a similar theme. This has included art crime, fatal fans, famous musicians, kidnappings and most recently killer couples. It’s well researched and I really love the themes she has chosen so far!

5. All Killa No Filla

This podcast is somewhat similar to the all-conquering My Favorite Murder however the hosts are British! I really enjoy the banter and despite it being a comedy podcast they still make sure to provide lots of info on the victims which I think is important. They only release episodes every month or so which means you can get through the back-catalogue much faster than most podcasts!

Up & Vanished has got a lot of press in the last few weeks and it’s definitely worth a listen. It’s a week-by-week investigation by a documentary maker into the disappearance of a woman in small-town Georgia in 2005. He’s working with a private investigator who has been hired by her family and it’s a really well told, interesting case. Start at the beginning and try and avoid spoilers if you can!

Crimetown is from the masters at Gimlet Media and it is an incredibly well produced podcast. They’re exploring the organised-crime past in Providence, Rhode Island, where corruption was rife. They’ve got amazing access to former members of the crime family and crooked cops, as well as old recordings, making it super interesting listening.

Each week on The Vanished the host covers a missing persons case, often speaking directly with family members or friends to gain insight and information. It’s often heartbreaking to hear how little has been done to locate them, and she provides updates whenever anything new emerges in their cases. The families seem genuinely so thankful for an outlet to help share their story and hopefully help find their loved one, which makes it an important podcast in my books.

Suspect Convictions is a new-ish podcast exploring the horrific death of a 9-year old girl in 1990. The man who has twice been convicted for her murder is about to be tried for the third time. The podcast is exploring the evidence in the case in the lead up to the next trial, featuring a journalist who was one of the first people on the scene the night she was killed. It’s difficult listening at times, but a fascinating case to follow.

The first season of Someone Knows Something gained the (somewhat unfair) moniker of ‘no-one knew anything’, but the second series is proving much more interesting. The host is exploring the disappearance of a Canadian woman in 1997, working closely with her mum, and he has spoken to a huge array of people who knew her at the time. It’s frustrating that the case is still cold after all these years, but it really is interesting listening.

Are you a fan of true crime podcasts too? I’d love some more suggestions!

I Spy Plum Pie is Liz, an early 30s kiwi-born, Melbourne raised girl who is passionate about the environment and sustainability, food, exploring and learning new things. Join me on my journey to a happy, sustainable life!
March 11, 2017 by I Spy Plum Pie (admin) | 2 Comments

2 Comments on 10 More True Crime Podcasts to Listen To