If you’re on my email list you’ll know that I’ve been bingeing (and loving) true crime podcasts of late (and if you’re not, maybe now is a good time to get on board!), so today I thought I would share some of my favourites with you all. I’d love to hear any of your recommendations too – I don’t know how many more podcasts I can possibly find time to listen to, but I’ll give it a try! 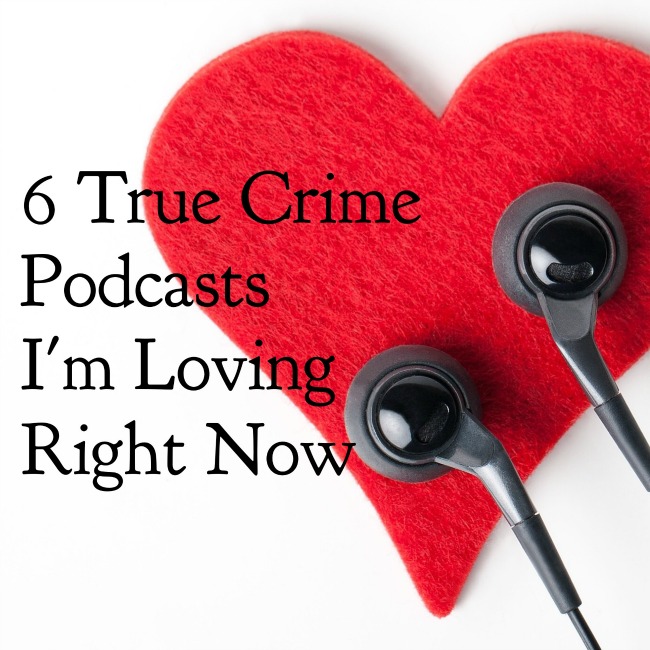 Untold is a 10 part series from the UK talking about the 1987 murder of Daniel Morgan, and how that one murder was so entangled in the phone hacking scandal that would eventually come out. It’s incredibly interesting and whilst it doesn’t tell a good story with regards to the media and police it really is captivating listening. All 10 episodes have been released so you can binge to your heart’s desire!

This is 6 part series but this time focusing on a case closer to home. Released by The Australian newspaper, journalist Dan Box explores an unsolved serial killing that took place in a small NSW town 25 years ago, where three indigenous kids lost their lives. It’s been described as the Australian version of Serial in terms of the story-telling and investigation, and it’s well worth a listen.

My Favorite Murder is a new addition to my podcast listening list but I have been working my way through the back catalogue in pretty quick fashion. Each week the two hosts, Georgia and Karen, talk about their favourite murder, with plenty of dark humour thrown in the mix. It might not be for everyone but I find it fascinating. They aren’t glamourising murder in any way, it’s more an exploration of how to stay alive!

Casefile is another new find for me, and each week they explore a new case, many of which are from Australia and also predominantly unsolved crimes. It’s well researched and as it’s a relatively new podcast (they’re up to 30ish episodes) they are really starting to find their groove. It’s more of a serious exploration than My Favorite Murder, so it may appeal to those of you without a dark sense of humour a little more!

Breakdown is a podcast from the Atlanta-Journal Constitution and each season explores are real life case that is going through the courts. Season 1 has 8 episodes and is focused on whether a fire that resulted in the death of a neighbour was deliberately lit, or whether the State put an innocent man in prison. Season 2 is about the death of a toddler in a car, and whether the father did it deliberately and has had 6 episodes so far but is on hiatus at the moment as the case was adjourned. Both seasons are incredibly interesting and take the case apart in a very unbiased way, and I’d recommend you listen to both from the beginning!

This podcast started as a companion podcast to season 1 of Serial but has continued on strong ever since. It’s hosted by some true-crime authors, as well as a former private investigator and each episode they talk about updates in famous cases, crime documentaries, other crime podcasts and anything else related to crime basically! It’s entertaining, informative and well worth a listen!

Being accused of a crime can change the future of any person. Thus to get the justice you deserve, call the Perth based defence lawyer and get their professional assistance.

There’s a couple of other podcasts I thought I would mention even though they aren’t strictly true-crime podcasts because they often do crime-related episodes!

Are you a fan of true crime podcasts? I’d love some more recommendations!

I Spy Plum Pie is Liz, an early 30s kiwi-born, Melbourne raised girl who is passionate about the environment and sustainability, food, exploring and learning new things. Join me on my journey to a happy, sustainable life!
September 10, 2016 by I Spy Plum Pie (admin) | 8 Comments