It’s been a little while since my last Balcony Gardening post so I thought I’d round out the year with a little update on how things are growing. I still wouldn’t say I possess a green thumb (far from it in fact!) but I’ve definitely managed to have a few successes along the way!

Some of my herbs continue to go gangbusters, so much so that I’ve had to get creative with ways to use them! Lots of my rosemary ended up in the salt scrub I made and I dried out a whole bunch of oregano which I crushed and popped in a jar for my mum. There’s still plenty of both growing as well!

My basil, mint and coriander are also proving pretty tough, I’m using them constantly but there always seems to be more there! My mint is growing out in a very odd shape though, but if that’s my only complaint then I think I’m doing alright! I can’t seem to make enough rice paper rolls or the like to use all the Vietnamese mint that is growing, but I’m sure that will be rectified over the summer when all I feel like is fresh, light meals! 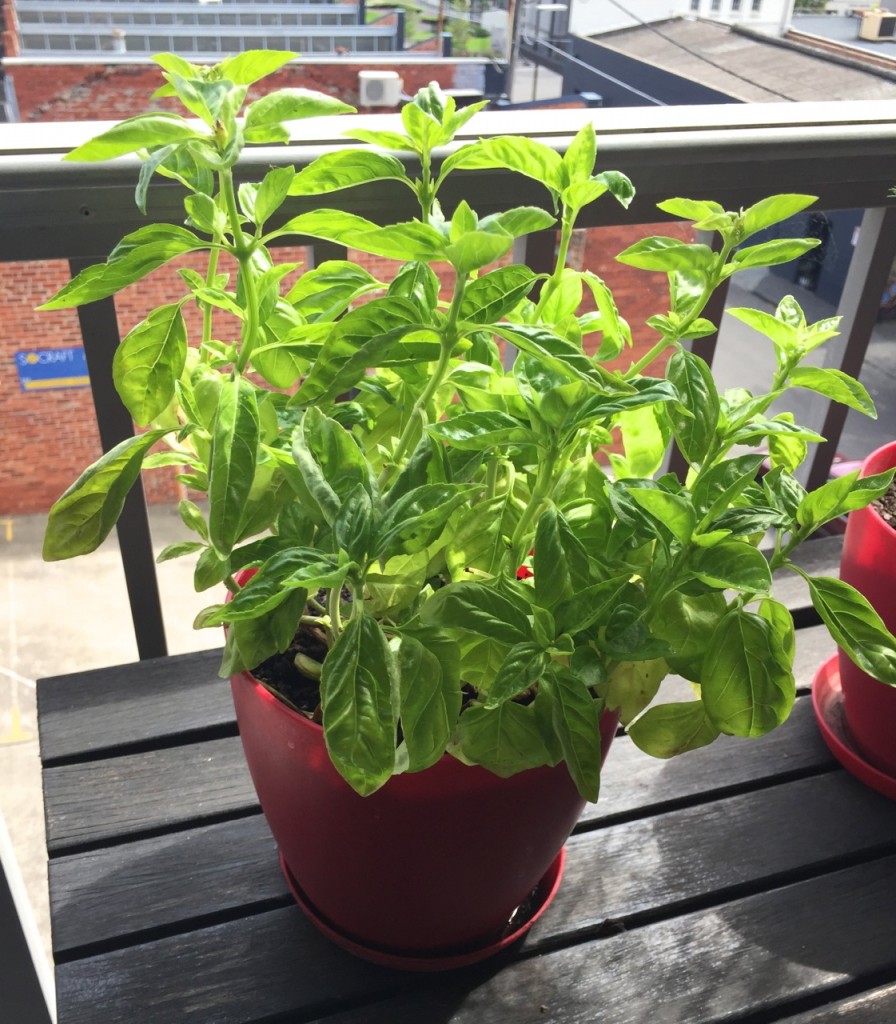 I have two chilli plants in my freestanding planter, both of which have just started to fruit recently. I have no idea how spicy they are going to be, so I should probably pick one soon and find out! 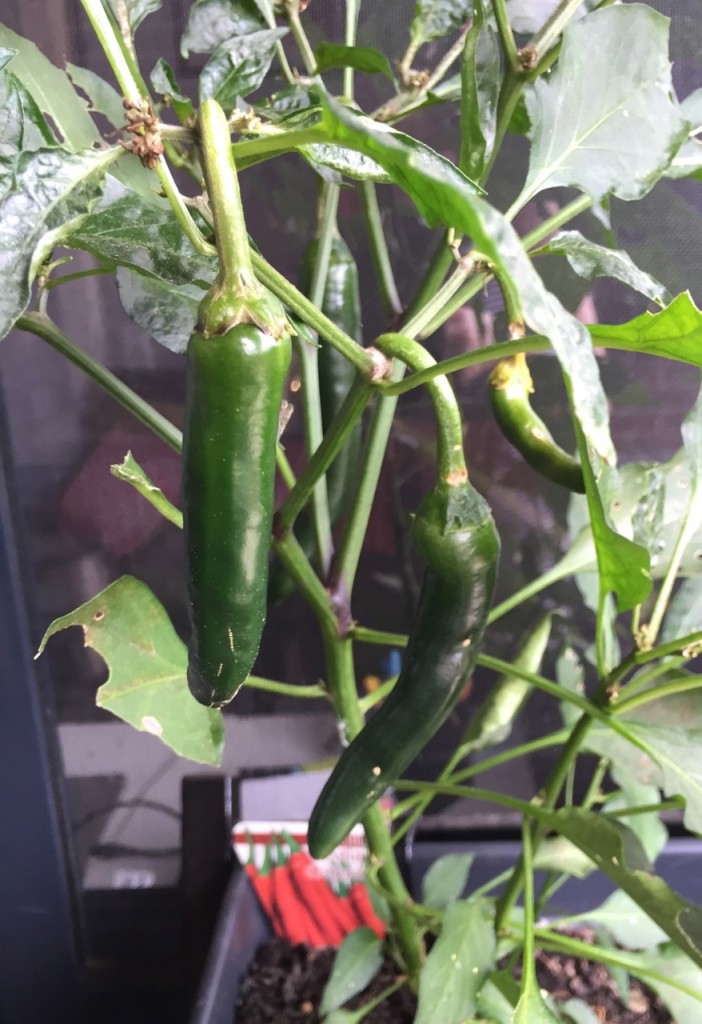 And then there’s my tomatoes. The cherry tomato plant is in a pot and it has been fruiting prolifically – every few days there’s another handful of sweet, juicy yellow tomatoes ready for me to eat which is pretty amazing. My other two tomatoes are trying hard but were savaged by caterpillars (seriously, how do they get three storeys up!) so they’re a little sad to look at. They are putting on some new growth though, and the roma tomato plant has just produced its first ripe fruit, so that’s exciting! Fingers crossed the other one does too! 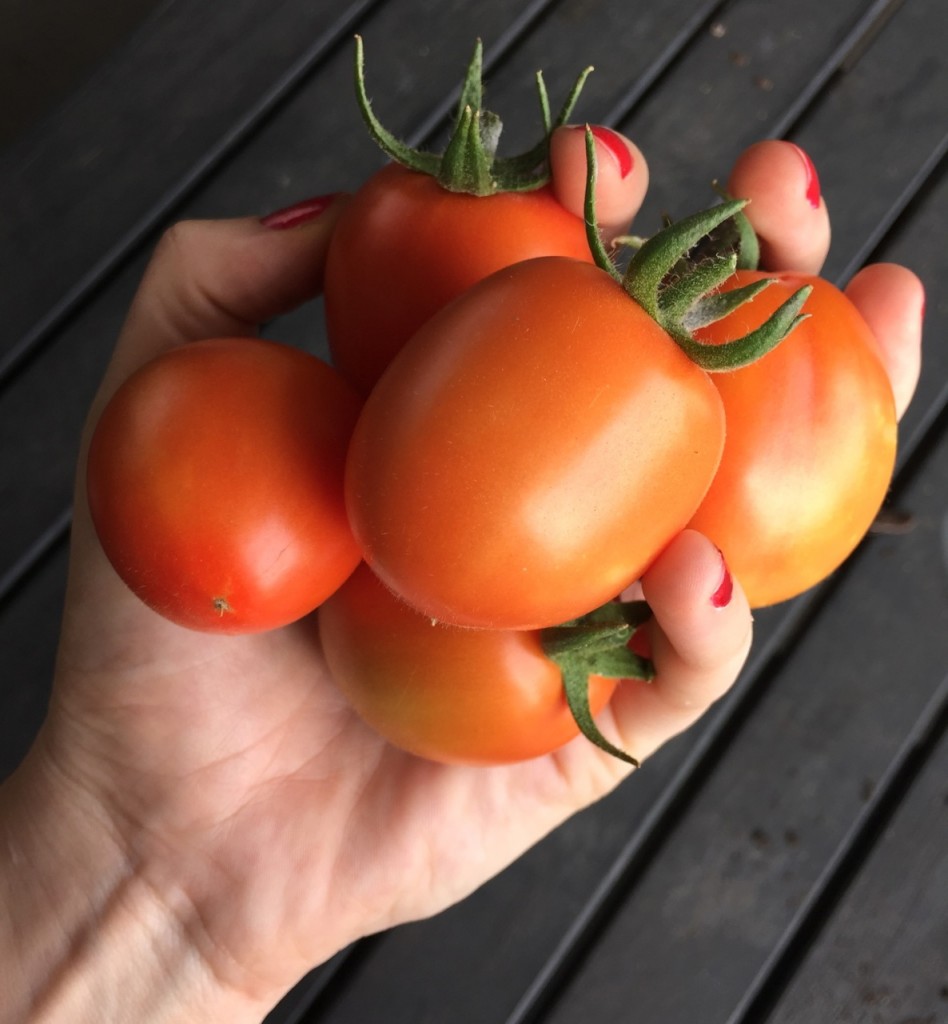 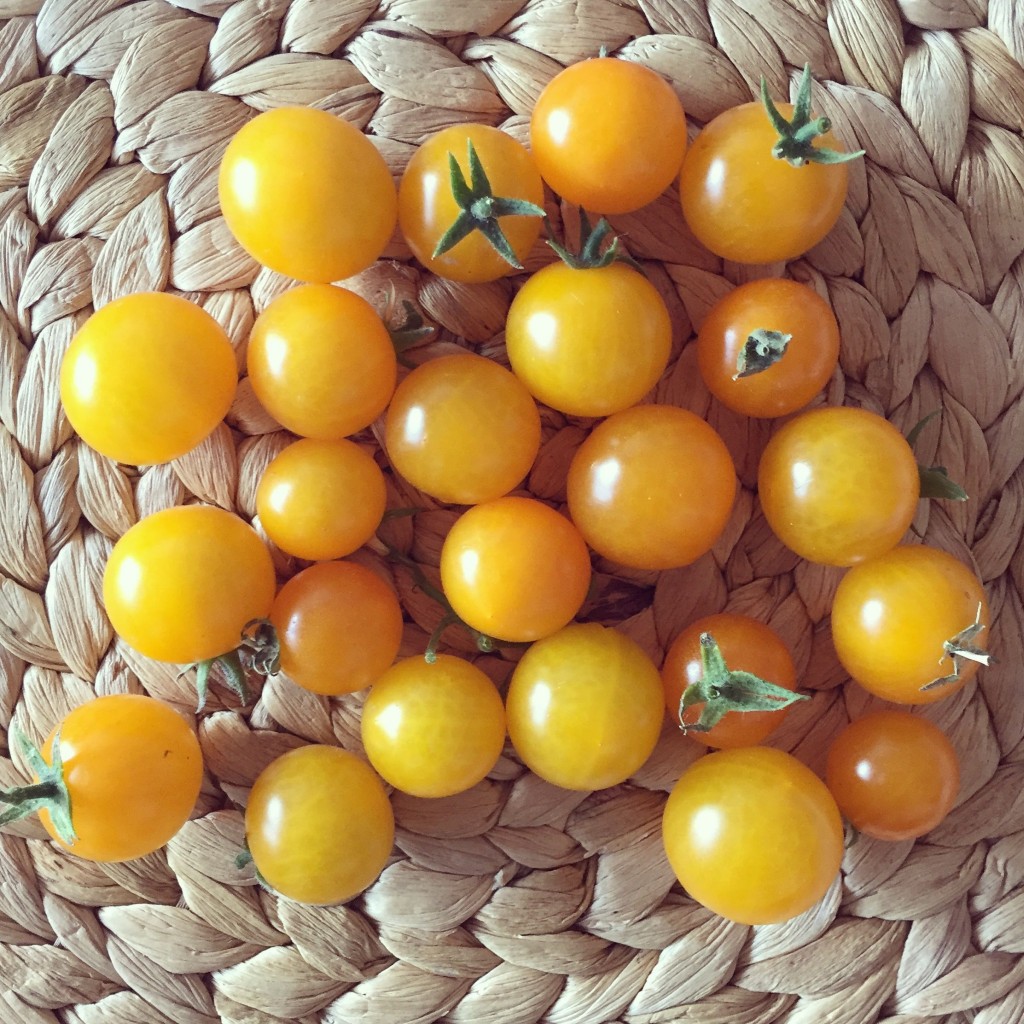 Speaking of caterpillars, they’ve gone to town on a few of my plants in recent weeks. My poor chilli plants have so many holes in their leaves, it’s quite a sad sight! They were ravaged by aphids earlier on in the month but I seem to have got them under control for now, but we shall see. I also have two capsicum plants which have juuust started to make a comeback after the attack of the aphid monsters (the less fun version of the dance of the sugarplum fairies), they’ve started flowering again so I shall be keeping a close eye on them to hopefully make sure they come out the winners this time around! This gardening thing is hard work!

And that’s it! My little balcony gardening update for December! Hopefully January brings me lots more tomatoes and a lot less bugs!

I Spy Plum Pie is Liz, an early 30s kiwi-born, Melbourne raised girl who is passionate about the environment and sustainability, food, exploring and learning new things. Join me on my journey to a happy, sustainable life!
December 27, 2014 by I Spy Plum Pie (admin) | 4 Comments