I’ve shared lots of my favourite podcasts with you fine folk in the past, and I always love hearing your suggestions as well! I’ve been listening to lots of music podcasts lately so thought it was time I shared some recommendations here. As always, hit me up with your favourites too! 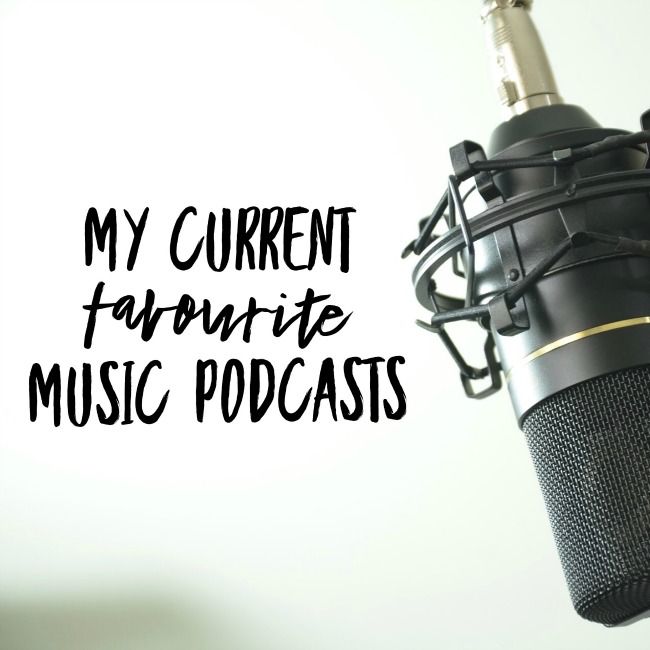 I’ve recommended Song Exploder to you all before but its definitely one of my favourite music podcasts so it’s worth mentioning again! Each episode is focussed on a musician or band pulling apart one of their songs and talking through how it was made. This includes everything from each of the instruments, playing demos recorded in to their phones and what influenced their decisions. It’s incredibly interesting, and I enjoy it even for bands or genres I don’t normally listen to. There’s a reason it’s won a lot of awards, so if you haven’t given it a try yet I definitely think you should!

Punch Up The Jam

Punch Up The Jam is definitely the least serious of these music podcasts, but it’s still fantastic. Plus, it’s obvious an incredible amount of work goes in to making each episode. Each episode the comedian two hosts go line-by-line through a popular song and dissect the good and bad of the lyrics and music. They end by ‘punching up’ the song and showing how it could have been made better. It’s always hilarious, often a little sweary, but very, very clever.

Disgraceland is kind of a mix between a true crime and a music podcast, so it shouldn’t come as a surprise that I enjoy it! Each episode discusses a point in a musicians life that they did something illegal – like the time Lisa Left-Eye Lopes burned down her boyfriends house. The crime element is woven together with stories of their music and their lives, making it an all around super interesting podcast to listen to.

Hit Parade is another podcast I have recommended to you all before, but it’s seriously good. It’s only released once a month, and it’s one of the most entertaining and educational podcasts I’m subscribed to. The host has been a chart analyst for years, and each episode is focussed on a song or artist, and what was going on in the charts at the time that influenced the success or otherwise of their music. Episodes have covered everything from Donna Summer to Bon Jovi to B Sides so there is something for everyone!

I’ve always loved musical theatre, so Broadway Backstory is right up my alley. It is a documentary style podcast that explores how shows go from first being thought up to ending up on Broadway. It is complete with interviews with all kinds of people who are involved a long the way, from performers to directors, producers and choreographers. Episodes have explored shows like Kinky Boots, Legally Blonde and – my personal favourite – a two-parter on Hamilton. Fellow musical theatre fans, get listening!

Last but not least for my current favourite music podcasts is Talkhouse. Each episode musicians speak one-on-one with their peers about anything they like really – touring, how they write, what they are inspired by, you name it. The podcast feed includes all the Talkhouse genres (musicians, actors and filmmakers) so if you only want the music ones you’ll just have to be selective, but the others are fantastic too. If you’re looking for somewhere to start, I particularly loved the chat between Andy Rourke of the Smiths and Dolores O’Riordan from the Cranberries that they re-released after her death. Just an amazing chat.

There we have it, my current favourite music podcasts!

I Spy Plum Pie is Liz, an early 30s kiwi-born, Melbourne raised girl who is passionate about the environment and sustainability, food, exploring and learning new things. Join me on my journey to a happy, sustainable life!
August 1, 2018 by I Spy Plum Pie (admin) | 0 comment