I’ve got travel on the mind at the moment which has resulted in me going through old photos and reminiscing about some of the amazing parts of the world I’ve been lucky enough to visit so far in my life. I thought I would share some of my favourites with you all in a new series called Places to Visit, and I’m kicking it off with Places to Visit: Pompeii!

I visited Pompeii towards the start of my 8-month stint in Europe when I was 20 and it was one of the absolute highlights of my time in Italy. It isn’t somewhere that everyone tends to put on their itinerary, but since going I have convinced a few people (including my parents) to add it to their Italian travel plans and every single person has been glad they did. It really is an amazing spot full of so much history. 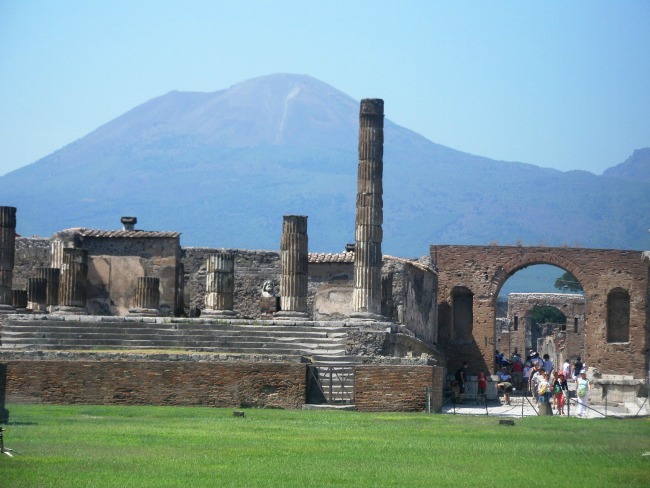 As I’m sure most of you know, Pompeii was an ancient Roman city that was completely covered in up to 6 metres of ash and pumice after the volcanic eruption of nearby Mount Vesuvius in AD79. It was declared a UNESCO World Heritage Site in 1997 but is at risk of being placed on the List of World Heritage in Danger. 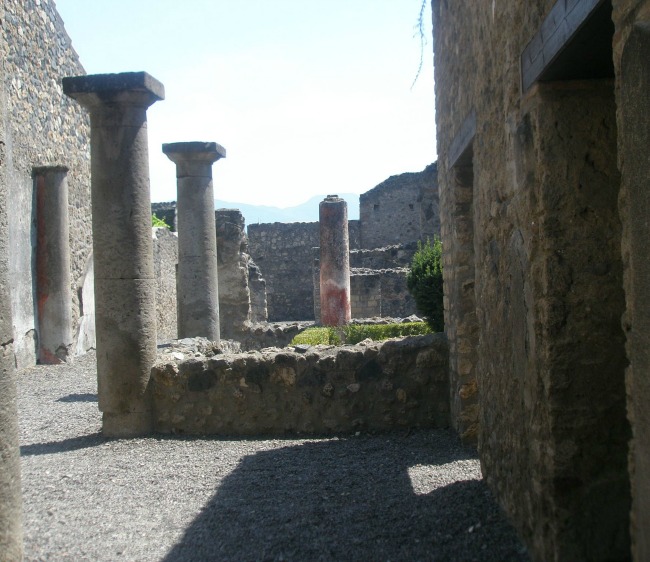 The ruins of Pompeii are part of a wider Vesuvius National Park and there are actually a number of ruin sites that can now also be visited. I spent two nights in Naples and caught the train out to the ruins for the day which only takes about 30-45 minutes, with the station just a short walk to the entrance to the ruins. It’s about 11 euros to visit Pompeii, and you can get a ticket to visit all 5 of the ruin sites which works out cheapest if you are planning on visiting more than just Pompeii. The ticket office is cash only, so be sure to have some euros on you!

The Pompeii site is incredibly large and when I visited was pretty well undeveloped from a tourist point of view (which I think is a good thing!) so be sure to take food and water with you, or pick things up in the nearby town. It is also a very exposed site, so make sure to take a hat if you go in the heat of summer. Don’t forget to also pick up a map as well so you can find your way around (you may have to ask for one, but they are available!). It’s also worth noting that the streets are not really suitable for prams or wheelchairs, and you may find that certain areas are blocked off when you arrive, so don’t be surprised if things aren’t exactly as they are shown on the maps. It is an active archeological site after all! 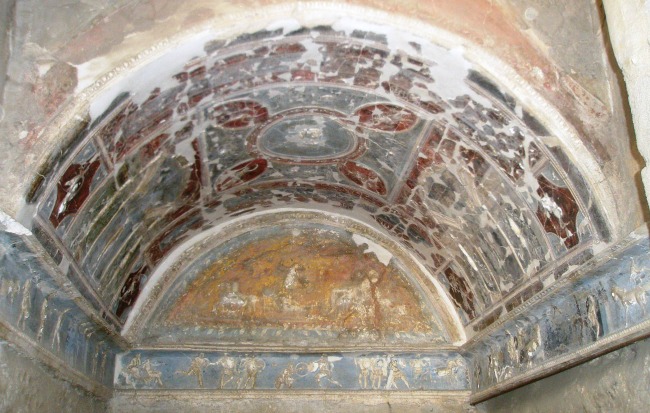 What I particularly loved about visiting Pompeii was getting to see a snapshot of a civilisation frozen in time, and just how advanced they were. There was everything from frescoes, signage and art to cooking utensils and work tools, all of which gives an incredible insight into the daily lives of the people of Pompeii. 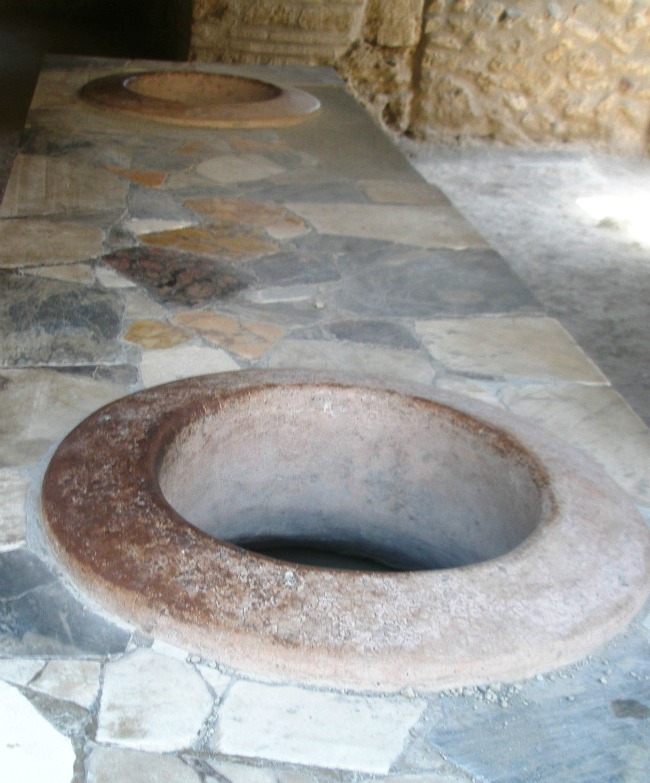 The architecture was also incredible, particularly as you can wander through grand villas that would have been lived in by the wealthy to those that housed peasants and everything in between. You can also visit an ampitheatre, temples and thermal baths, which were all key elements of Pompeii life. There is also evidence of political propaganda on walls, some rather risque art and even a Roman-era brothel.

More soberly, you can also see the evidence of the people of Pompeii, frozen in time after being covered by the ash. When the bodies were discovered during excavation most were removed and the void that remained was filled with plaster, giving a clear indication of where they all were when the volcano hit. I found these pretty confronting as whilst some of them were clearly fast asleep when the eruption occurred, others appear to be attempting to escape the incoming ash. 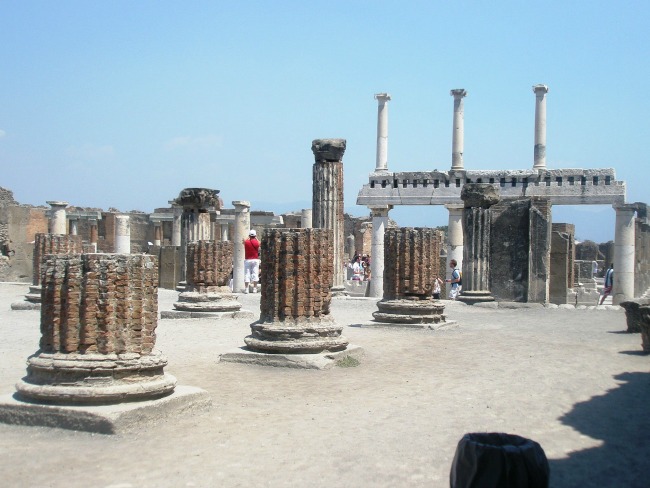 Pompeii is definitely the sort of place you can wander around by yourself, but you can also do guided tours or pick up an audio guide. I visited with a girl I had met on my travels and we just used the map and a guide book which was absolutely enough for me. Even though it was a scorching hot day when I visited I had an incredible day exploring Pompeii and taking in this ancient civilisation. It is well worth a visit if you find yourself in that part of the world, I promise. 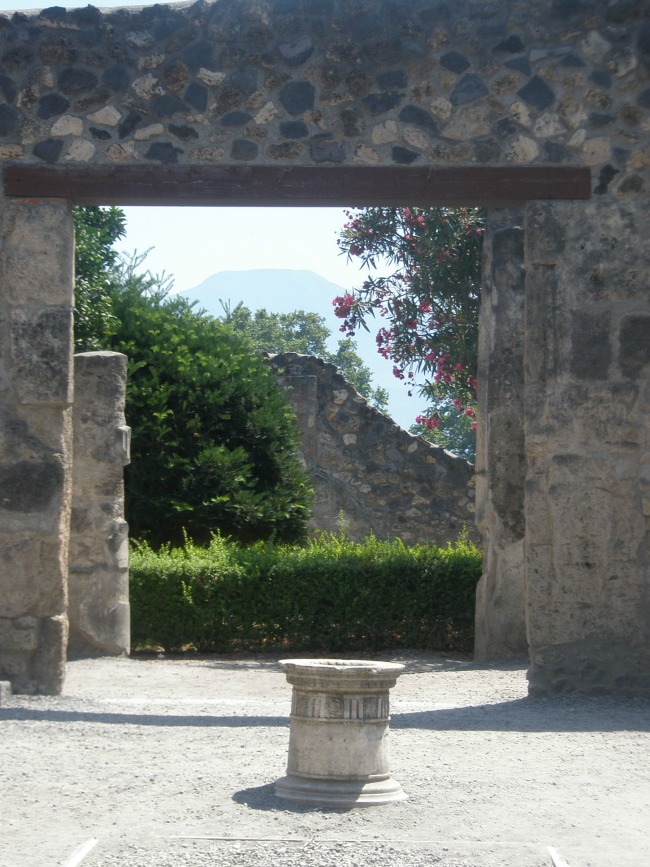 I hope you liked this Places to Visit: Pompeii post! Have you been to Pompeii?

I Spy Plum Pie is Liz, an early 30s kiwi-born, Melbourne raised girl who is passionate about the environment and sustainability, food, exploring and learning new things. Join me on my journey to a happy, sustainable life!
March 9, 2016 by I Spy Plum Pie (admin) | 4 Comments

4 Comments on Places to Visit: Pompeii