Now that the cold weather has well and truly set in I needed a change to my morning routine, with icy cold smoothies not really doing it for me anymore. I wanted something warming but still quick and easy to prepare and porridge made from quinoa flakes was just what I needed!

The best part is the porridge itself is really just the base for whatever mix of toppings I choose to use that day, so the flavour options are almost endless. I thought I’d share the basic porridge recipe with you today, as well as some of my favourite flavour combos, and I’d love to hear what your toppings would consist of!

The porridge itself is so simple, all you need is:

Just heat the milk or water until it is boiling then reduce the heat and add the quinoa flakes. Stir for a couple of minutes while the liquid is absorbed, fluff it up and you’re good to go!

I prefer to use a creamy milk like almond milk or cashew milk (you can find my cashew milk recipe here) but use whatever is your favourite.

Now the fun really begins! I generally choose a few things to mix through the porridge, then a topping and, if needed, something to sweeten it up.

Some of my favourite things to mix through are: 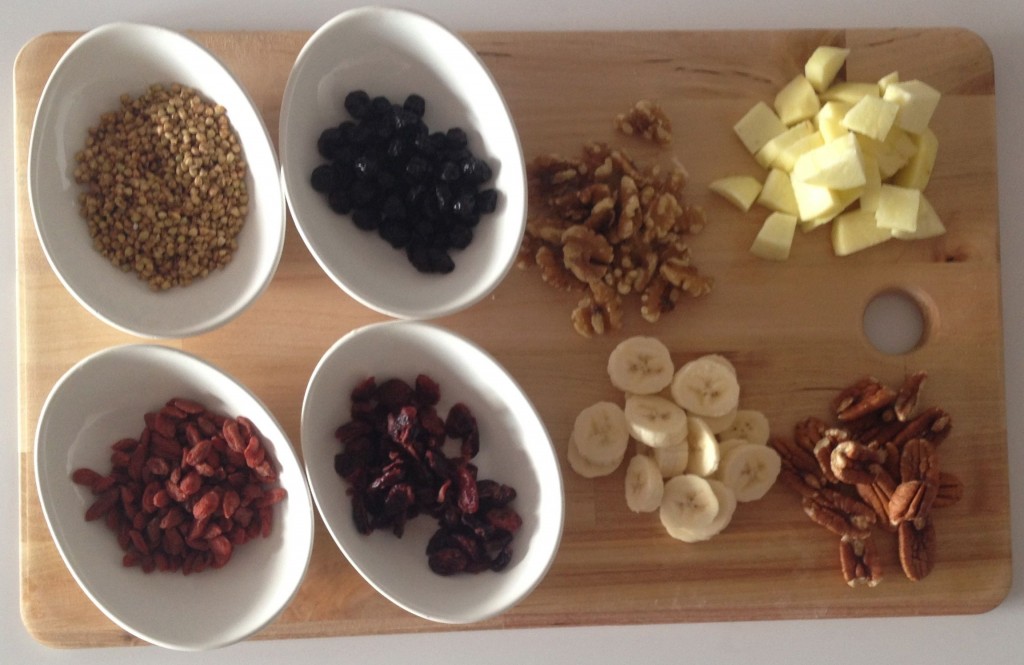 My go-to toppings include:

When it comes to sweeteners, my favourites are:

So as you can see, the mix-and-match options are pretty huge! Here’s some of my favourites so far!

This first combo included some cinnamon stirred through in the last minute or so of cooking the quinoa, then topped with fresh banana, honey and some vanilla greek yoghurt. Simple but perfect! 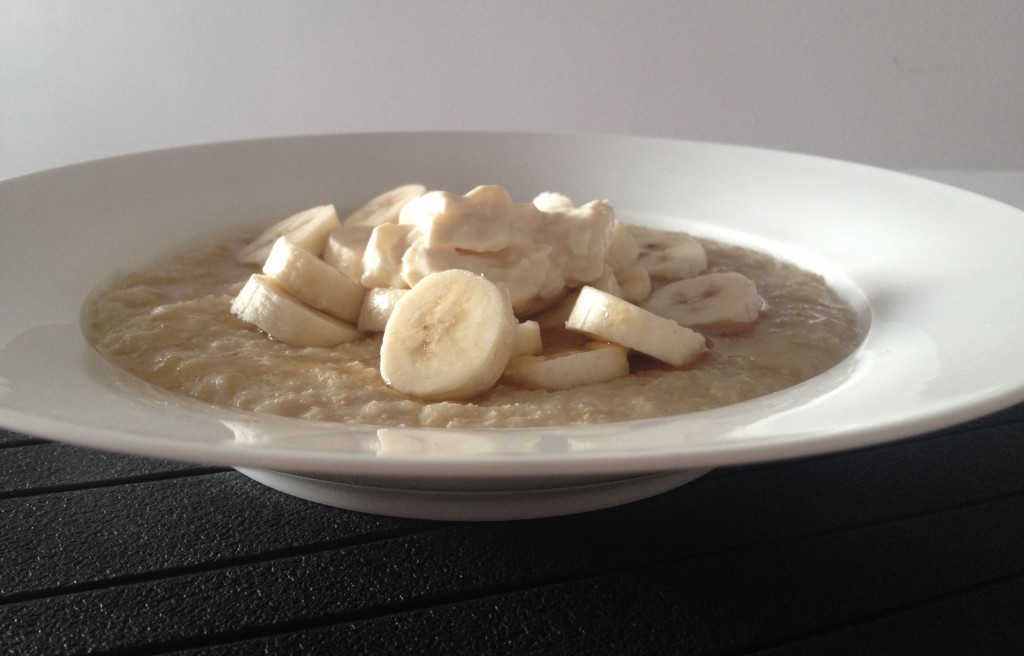 For combo number two I added some goji berries to the pan while I cooked the quinoa, then topped it with some honey, caramel buckinis and vanilla greek yoghurt. Delish! 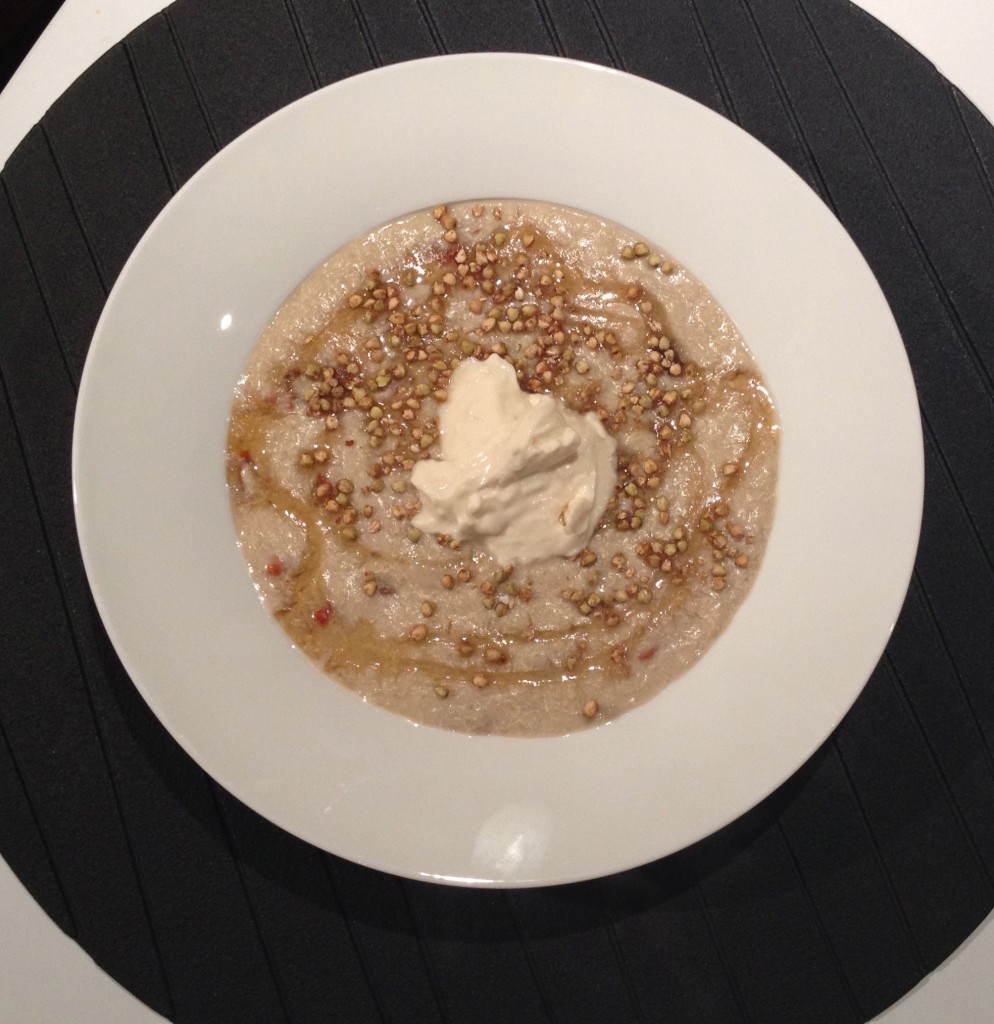 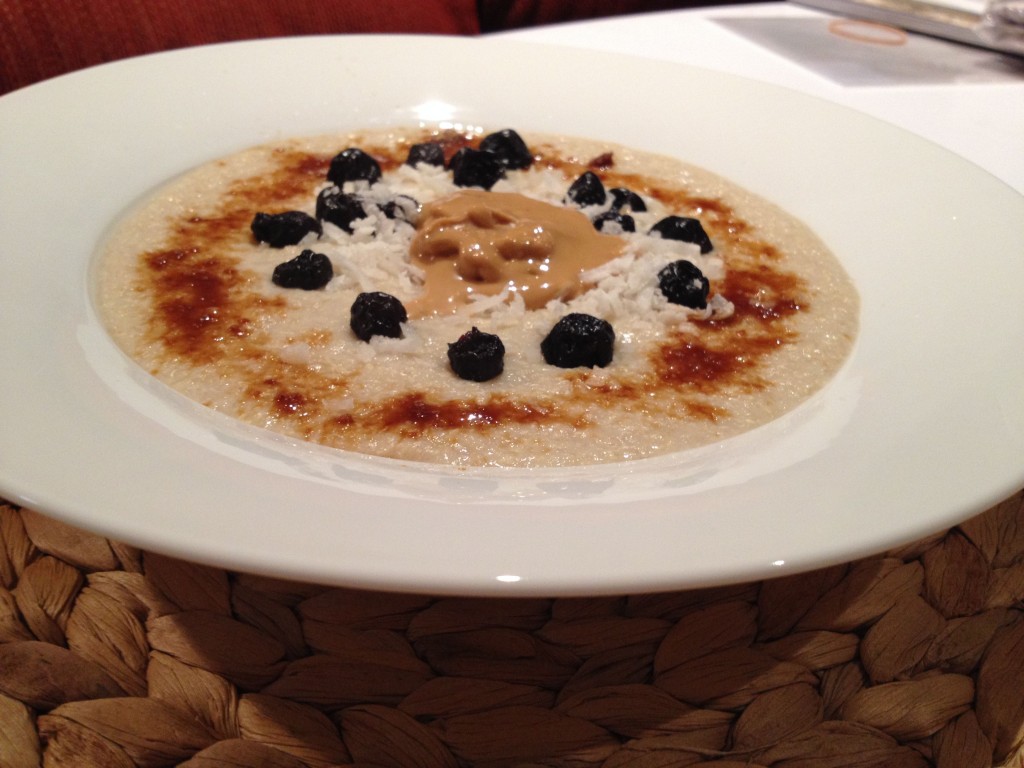 Porridge number four is almost a combo of one & two with sliced bananas, honey, caramel buckinis, but this time topped with some almond butter. The beauty of mix-and-match breakfasts! 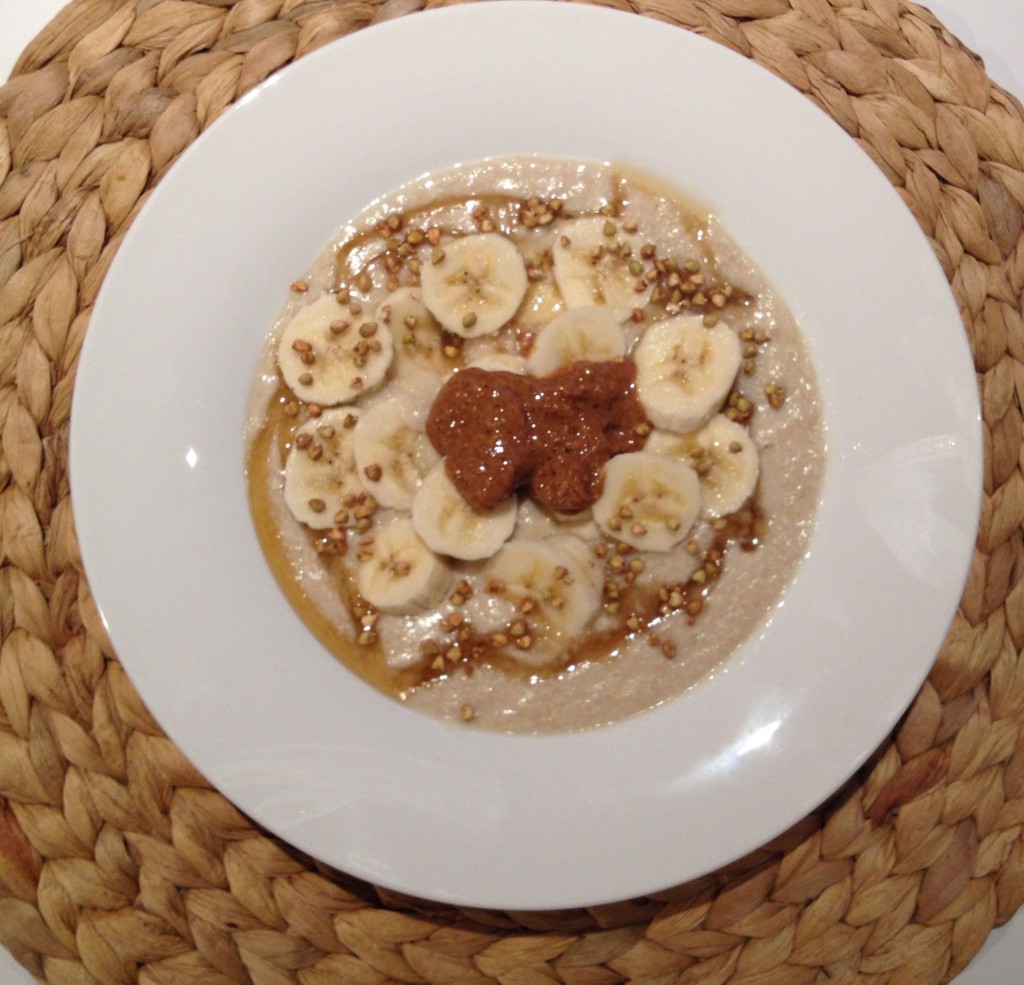 Last but not least, this super tasty combination of grated apple, walnuts and vanilla greek yoghurt, with some cinnamon mixed through. I think this one may have been my favourite! 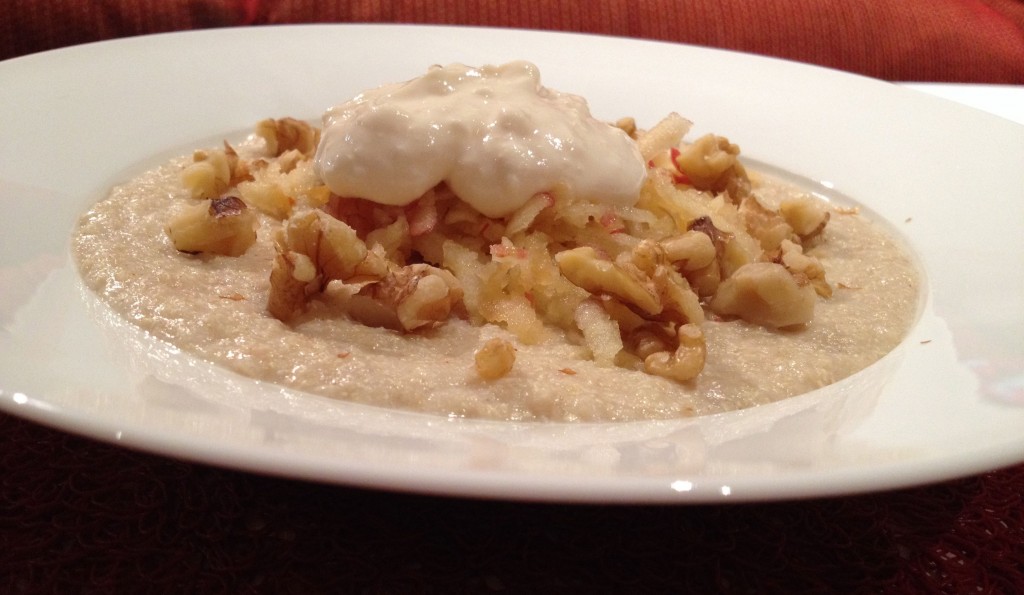 So there you have it! Winter warming quinoa porridge with some of my favourite toppings! What’s your favourite way to eat porridge?

I Spy Plum Pie is Liz, an early 30s kiwi-born, Melbourne raised girl who is passionate about the environment and sustainability, food, exploring and learning new things. Join me on my journey to a happy, sustainable life!
May 12, 2014 by I Spy Plum Pie (admin) | 0 comment