I’m ba-ack! Phew, that went fast. Late Tuesday night after three flights, all of which were delayed, we finally arrived back in Melbourne town after 10 blissful days exploring Vanuatu. Lucky for me I still have a few days off work to find my feet again, and get used to this cold weather! Over the next few posts I thought I would share with you some of our adventures – where we went, what we saw and what we ate, starting today with the capital of Vanuatu – Port Vila!

We spent the first 6 nights of our trip staying in a lovely apartment right in the centre of Port Vila (the Mariner Apartments if anyone is interested, highly recommend them) and after arriving late on the Saturday night we were greeted in the morning with this delightful view from our apartment. 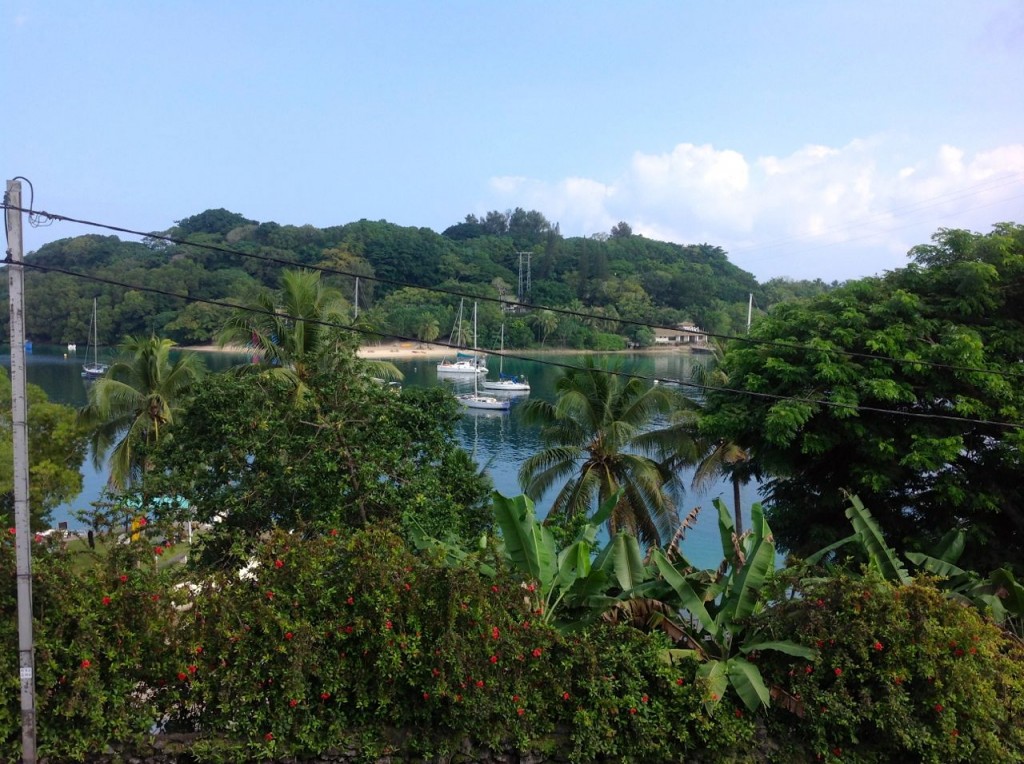 Not a bad start hey! Port Vila is located on the Mele Bay, on the island of Efate (the second largest of the 83 islands that make up Vanuatu) and the town itself includes a mix of small shops, hotels, restaurants, tour operators and two large markets.

The first of these markets is the fruit and vegetable market which is open all day (yep, 24 hours!) on Monday to Friday and until 2pm on Saturday. In the evenings it appeared to be more than just a market as we witnessed a whole raft of things happening including what looked like someone giving a speech, and some singalongs! The main attraction for me though was wandering around the stalls selling all kinds of amazing flowers, fruits and vegetables – most of which I had no idea what they were! 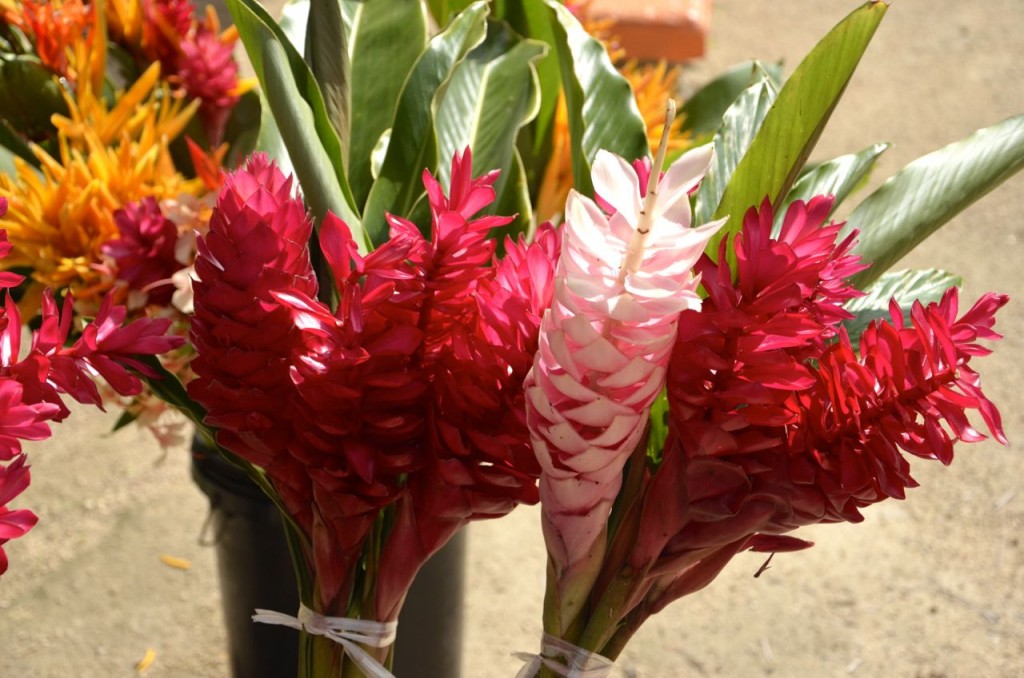 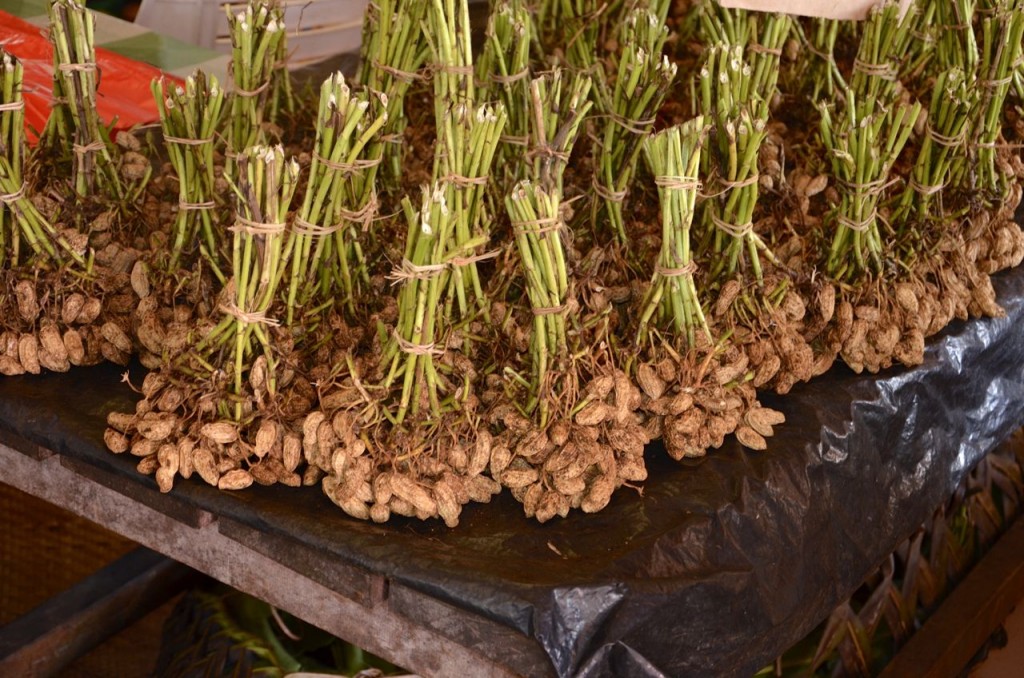 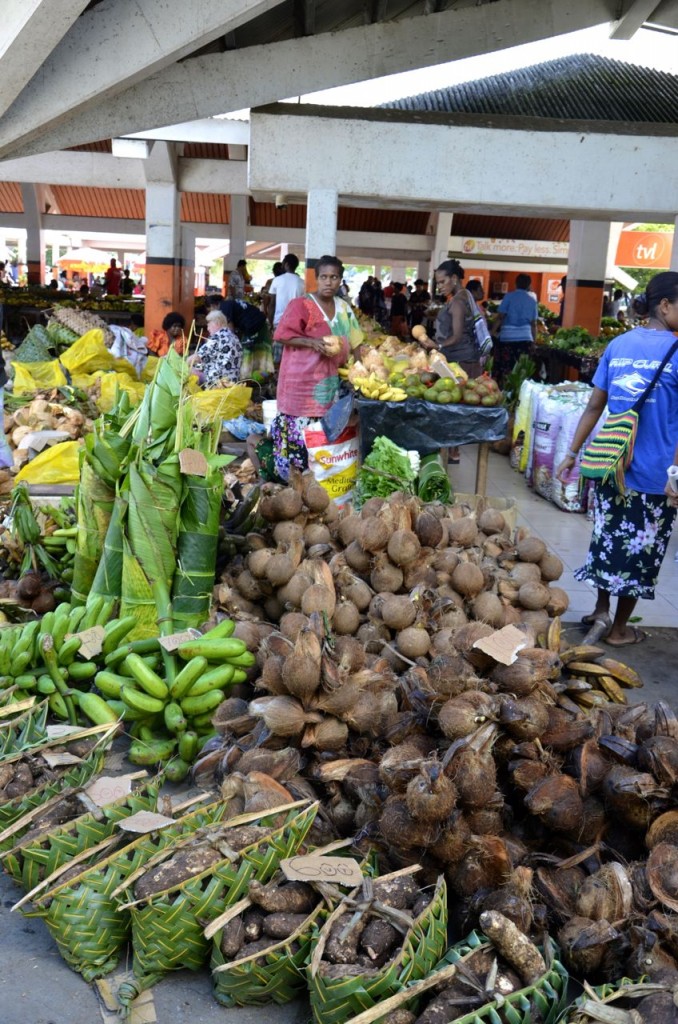 We chose a few random fruits one day and accidentally ended up with a cocoa plant! The other market is a souvenir/clothes market which was full of brightly coloured sarongs, jewellery made out of coconuts and the cutest kids imaginable! 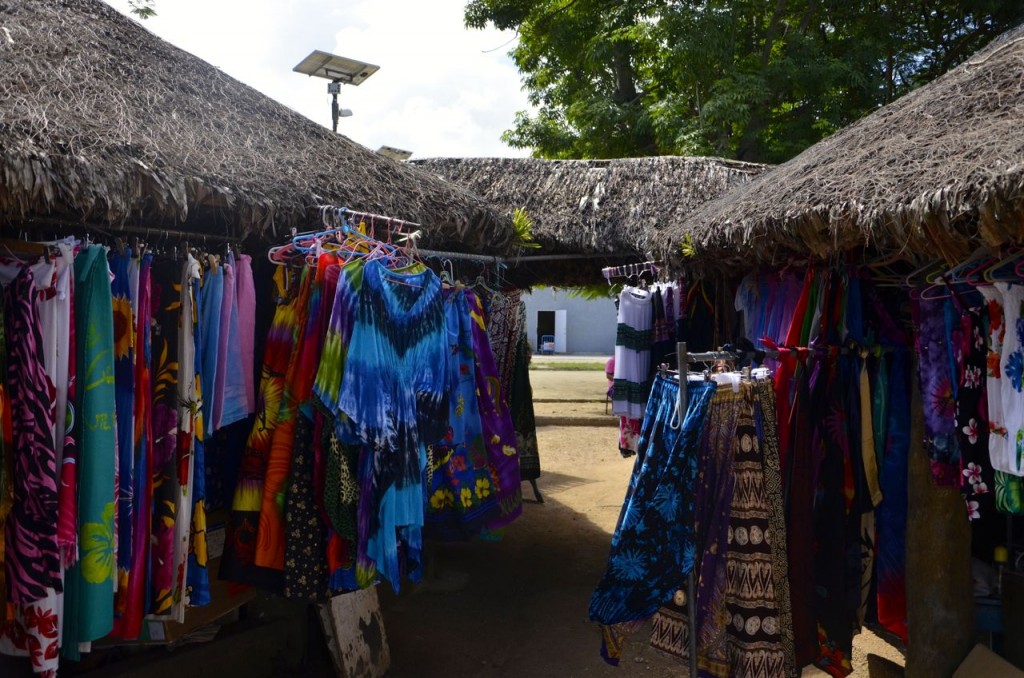 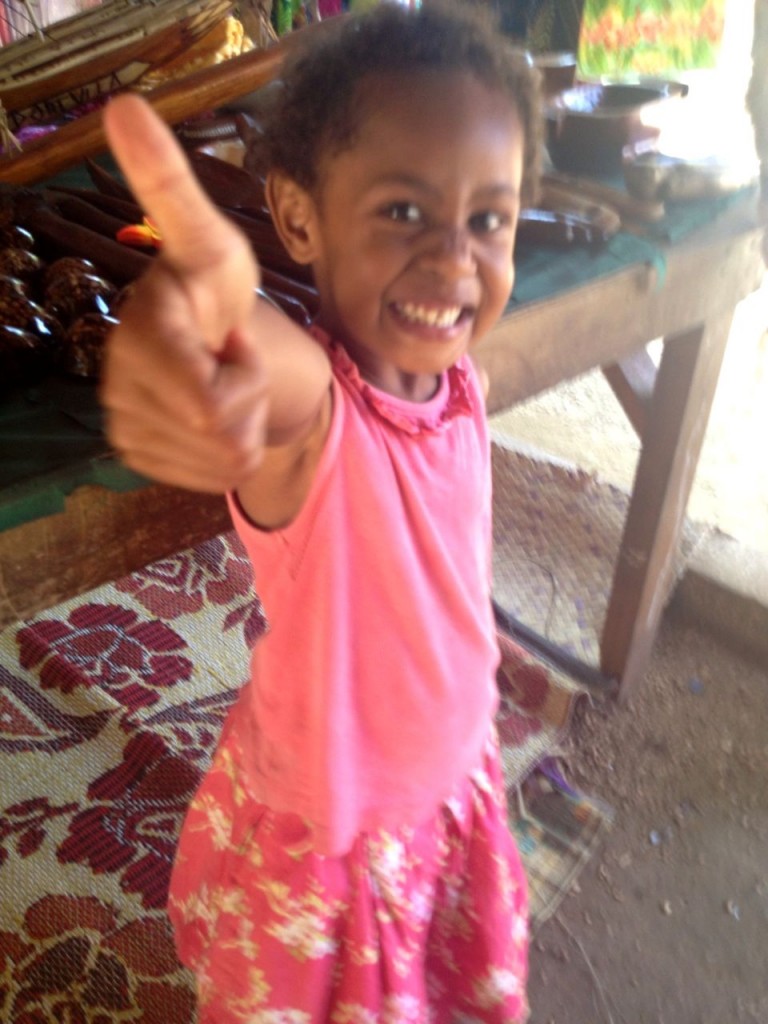 One of the strangest things about Port Vila is their bus system. Any mini-van with a red B on the number plate is officially a bus, and whilst there were bus stops scattered about the place they didn’t seem to be all that necessary. You basically just flag down a bus, tell them where you want to go and they will take you there – potentially picking up other people along the way. There is a set fee within Vila and then outside of the city you had to negotiate. We were able to get a bus all to ourselves to take us on one of our day trips for the small price of approximately $4 each. Bargain! And because they appeared to be owner-operated the buses were all decked out in different paint jobs, with decals and stickers of all kinds of things! Such a different system, but it worked! 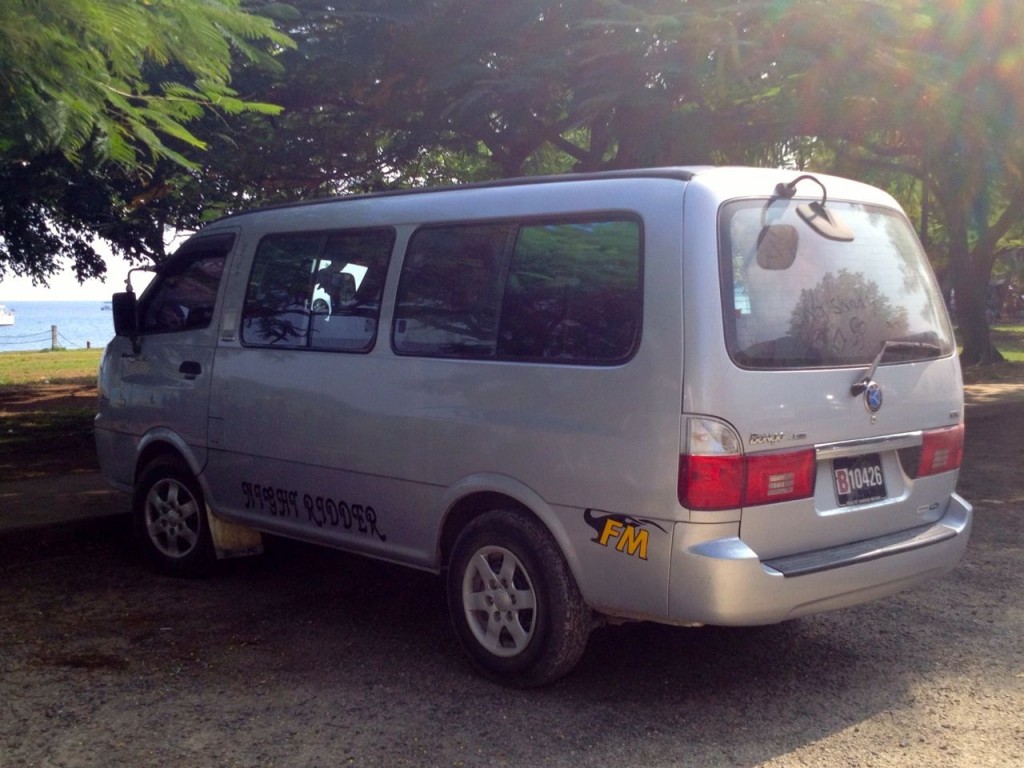 We also visited the Cultural Museum where we learnt a lot about the history of the Melanesian people of Vanuatu, the different islands and the roles that western countries have played in the region throughout history. We may have gotten a little too close to some of the exhibits however! 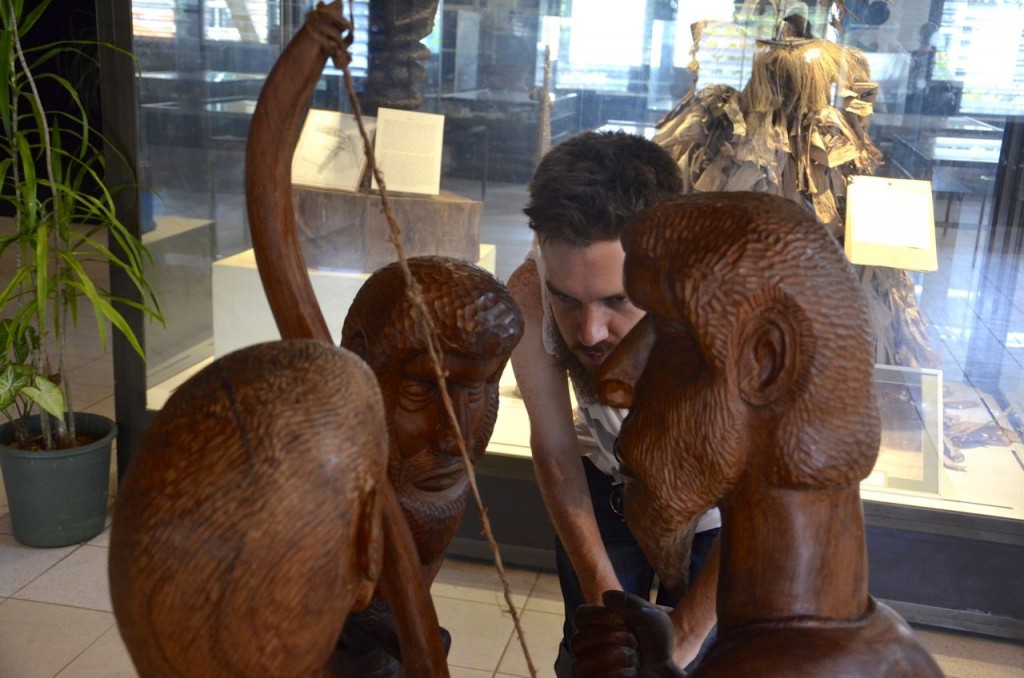 Our days exploring were often ended with some time spent by the pool, often whilst sampling one of the local brews, which I have to say I was pretty impressed with! Although it was hard not to be happy when you were somewhere like this! 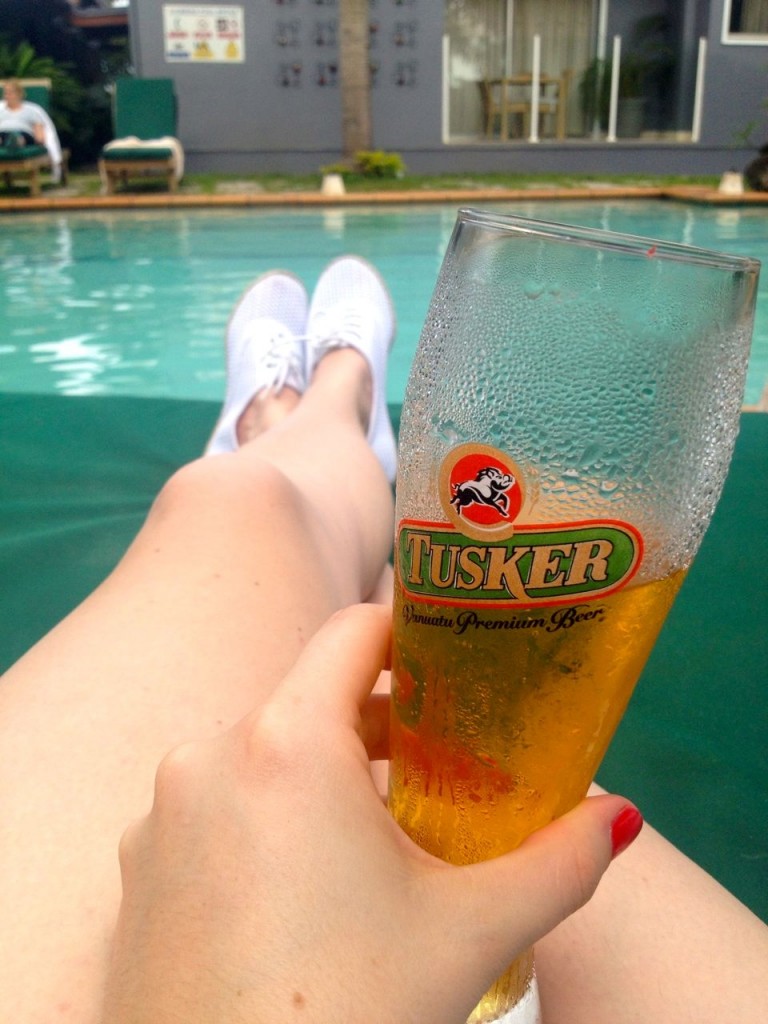 So that’s Port Vila in a nutshell! We really enjoyed our time staying there, and it was a great place to base ourselves to do a few day trips and explore the island which had so many amazing things to see and do. I shall share these with you over the coming days!

What have you been up to while I was away? I have a lot of blog reading to catch up on!

I Spy Plum Pie is Liz, an early 30s kiwi-born, Melbourne raised girl who is passionate about the environment and sustainability, food, exploring and learning new things. Join me on my journey to a happy, sustainable life!
May 30, 2013 by I Spy Plum Pie (admin) | 2 Comments