The next instalment of my Berlin Exploring series takes us to a few of the more sombre sites Berlin has to offer, but also some of the most interesting – the Jewish Museum, Topography of Terror and the New Synagogue. The museums in particular are incredibly important places to learn more about German history to gain an understanding of how things ended up like they did in World War II and also how the German society has rebuilt itself since.

I actually visited this museum the last time I was in Berlin, but felt it was worth spending some time in again and I’m so glad I did. The museum is housed across three buildings – the baroque Collegienhaus and two modern buildings with a central courtyard designed by Daniel Libeskind which are installations in their own right. 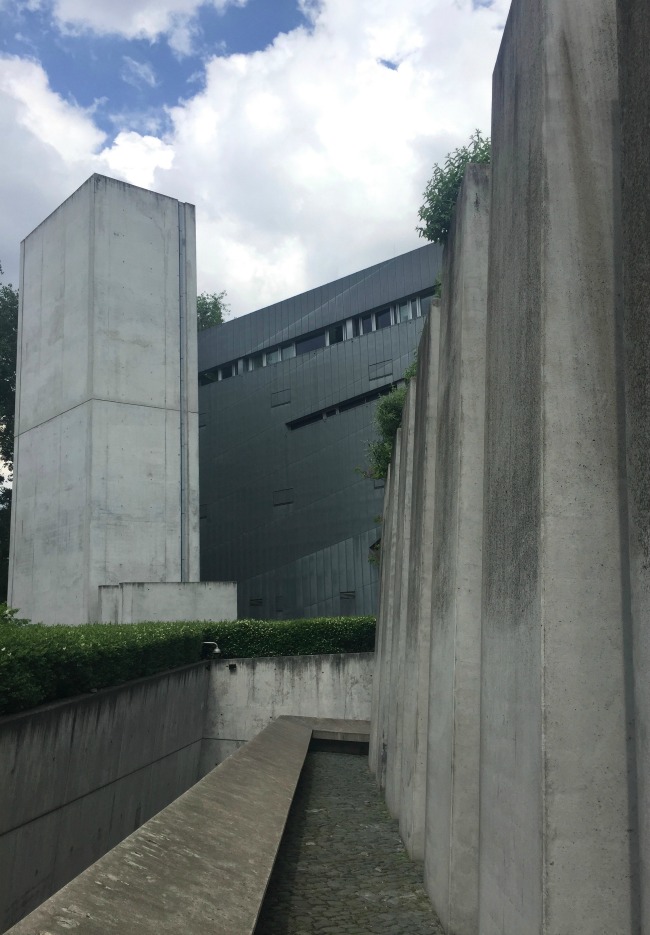 The museum hosts a permanent exhibit which explores two millennia of German-Jewish history through the eyes of the Jewish minority which was incredibly fascinating for someone like me with such a limited knowledge of Jewish history. I particularly like that it outlines historical events through a focus on individuals or families so you can really get a feel for what was going on in each period of history. 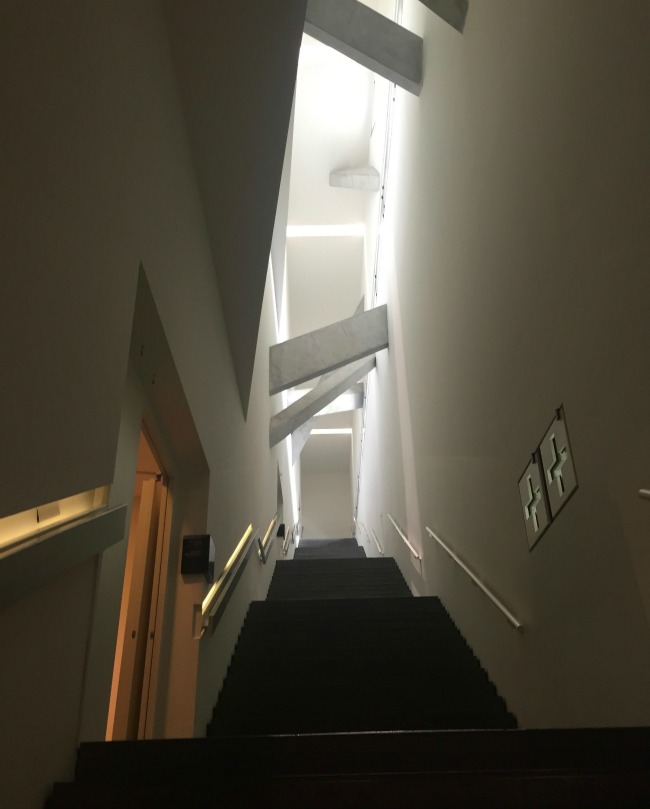 One of the other permanent exhibits is housed in the Memory Void which is one of the many empty spaces created by the architect to represent the absence of Jews from German society. The installation, called ‘Falling Leaves’, is by Israeli artist Menashe Kadishman and involves over 10,000 metal faces covering the floor which you are invited to walk over, and the noise they make is simply spine tingling. The metal rings out and echoes off the concrete walls, sounding not dissimilar to cries and screams, which is no accident as the piece is dedicated to the innocent victims of war and violence. 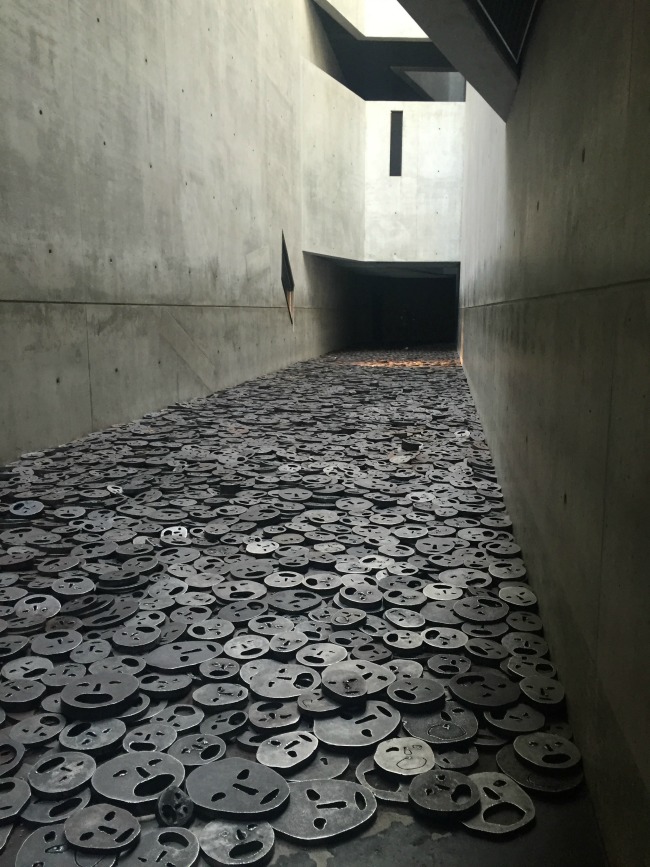 It’s a confronting room to visit and one that has stuck with me since the first time I visited it back in early 2008, but it is definitely worth a visit as it is not something we should ever forget. 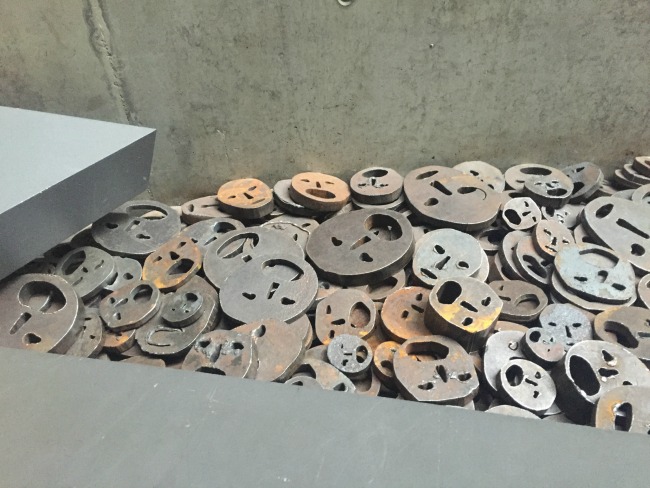 The museum also tells stories of bravery and survival during WWII, as well as displaying all kinds of artefacts from that same period. While I was there one of the Special Exhibits was focussed on the trials that were held to convict some of the perpetrators of the horrors of the war which were incredibly interesting to hear about. It shared the stories of some of the lawyers and witnesses as well as the defendants making for a fascinating insight into that post-war period as well. 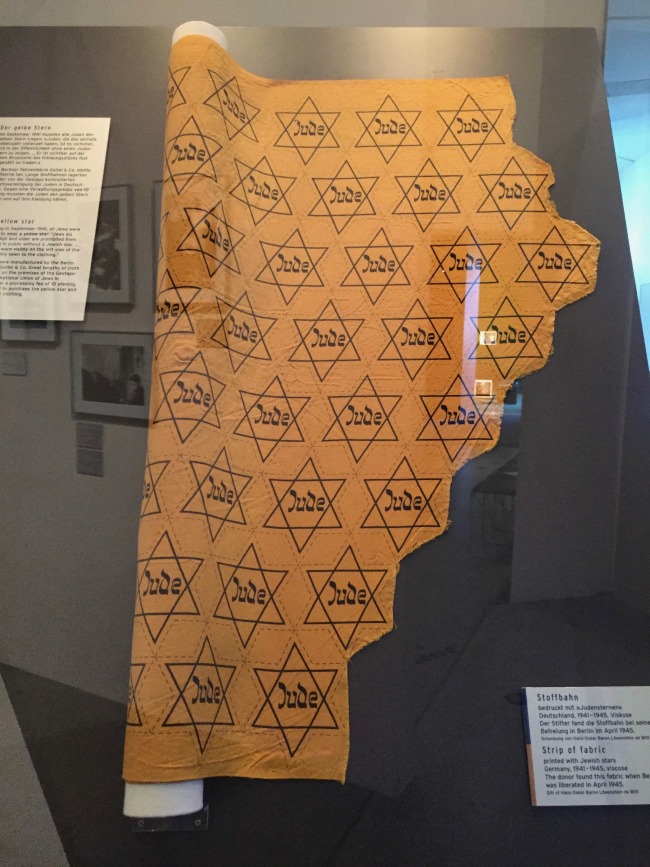 The Jewish Museum is definitely not a light-hearted place to visit but one that is well worth setting aside a few hours to explore. It’s open 7 days a week and entry is €8, with audio guides available for an additional €3.

The Topography of Terror museum is located on the site of the Gestapo (SS) Police Office, including their in-house prison and the Reich Security Main Office. Nowadays the site includes the partially excavated remains of those buildings, as well as a modern exhibition hall which is home to a permanent exhibit outlining the crimes committed by the SS and police throughout Europe during the Third Reich.

The exhibit is incredibly detailed and includes photos, documents and explanations outlining the takeover of power, the persecutions and exterminations that occurred in both Germany and across the occupied countries, as well as the end of the war and postwar era. There are even computers and folders full of additional information if you want to read up on anything in particular, making it a fantastic resource for students and history-buffs. 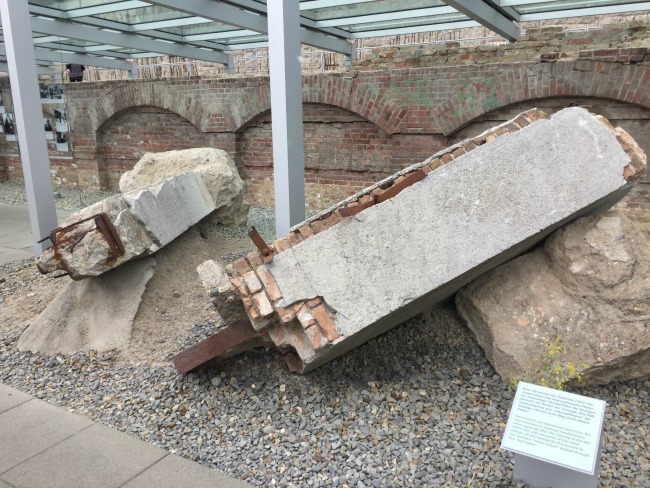 Outside, running along the edge of the site near the excavated buildings, were a series of panels further exploring what was occurring in Berlin between 1933 and 1945, including photos and newspaper articles, which was also incredibly interesting. The site also includes a one of the last remaining stretches of the Berlin Wall so it really is an excellent place to gain an understanding of all that this city has been through over the last century. 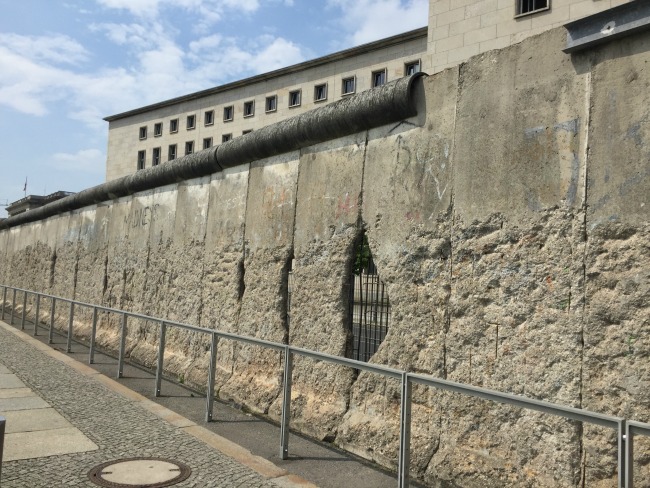 Entry to the Topography of Terror museum is free, so you can pop in and visit multiple times if need be. Not only is there a lot to read but it’s all fairly confronting information, so taking some time to digest what you’re reading is not a bad idea. Much like the Jewish Museum this isn’t a light-hearted day out, but it is full of information that we should all know more about to avoid repeating the same mistakes, so I’d highly recommend a visit.

The name New Synagogue is a bit of an odd one given it was built in the 1860s, but nevertheless, that’s what it’s called! It was the largest synagogue in Germany when it was built, able to seat over 3000 people, and it even included a choir and organ, reflective of the more liberal Jewish community it served. It even housed public concerts, including a violin concert with Einstein! By the 1930s Berlin was home to over 160,000 Jewish residents, making the New Synagogue the centre of that thriving community.

Much of the synagogue was destroyed both before and during WWII, with the entire back section removed and much of the front also being torn down post-war. What stands there today is the restored front section of the synagogue, with the rear section, including the huge former main hall, never replaced. It’s an incredibly beautiful building with the gold dome visible from across the neighbourhood.

Much of the building now houses a museum, which we didn’t visit, but we did climb up into the dome (€3) where you get a great view over the surrounding neighbourhood, as well as down onto the where the rest of the synagogue had once stood. It’s definitely somewhere I’d recommend you visit. 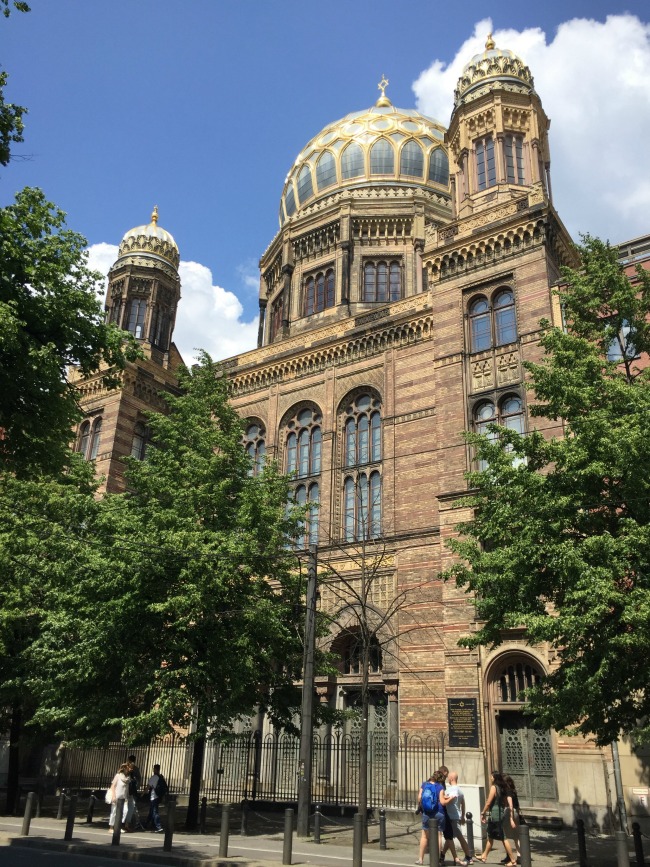 Have you been to the Jewish Museum, Topography of Terror or New Synagogue in Berlin before?

I Spy Plum Pie is Liz, an early 30s kiwi-born, Melbourne raised girl who is passionate about the environment and sustainability, food, exploring and learning new things. Join me on my journey to a happy, sustainable life!
September 21, 2016 by I Spy Plum Pie (admin) | 0 comment