Potato salad brings back much the same memories for me – I grew up in a suburb on the outskirts of Melbourne (known as the ‘bush’ part of Melbourne!) on an acre block with a pool. My memories of summer as a kid revolve around spending the long, hot days alternating between being in the pool and lying on the cold tiles inside the house watching the cricket or tennis on TV. As the sun would start to go down Dad would fire up the BBQ and cook his famous marinated chicken breasts (clearly before I was vegetarian!) and mum would make a big green salad, and a potato salad. We’d sit on the deck by the pool, fight off the mozzies, and Dad would declare ‘why would you want to live anywhere else!’

When I got older and had friends around for BBQs and pool sessions I would still always make a big potato salad, with the recipe changing overtime until I settled on this one. It’s simple, it’s easy, and it goes perfectly at a BBQ by the pool (or anywhere else for that matter!). The combination of the sour cream and mayo makes for a creamy yet tangy sauce and the seeded mustard just amps up the flavour. If it was better for me I could eat this by the bowl-full!

I don’t add boiled egg as I’m not really a fan, but you definitely could if you prefer it that way. Bacon could also work if keeping the recipe vegetarian-friendly isn’t a concern! 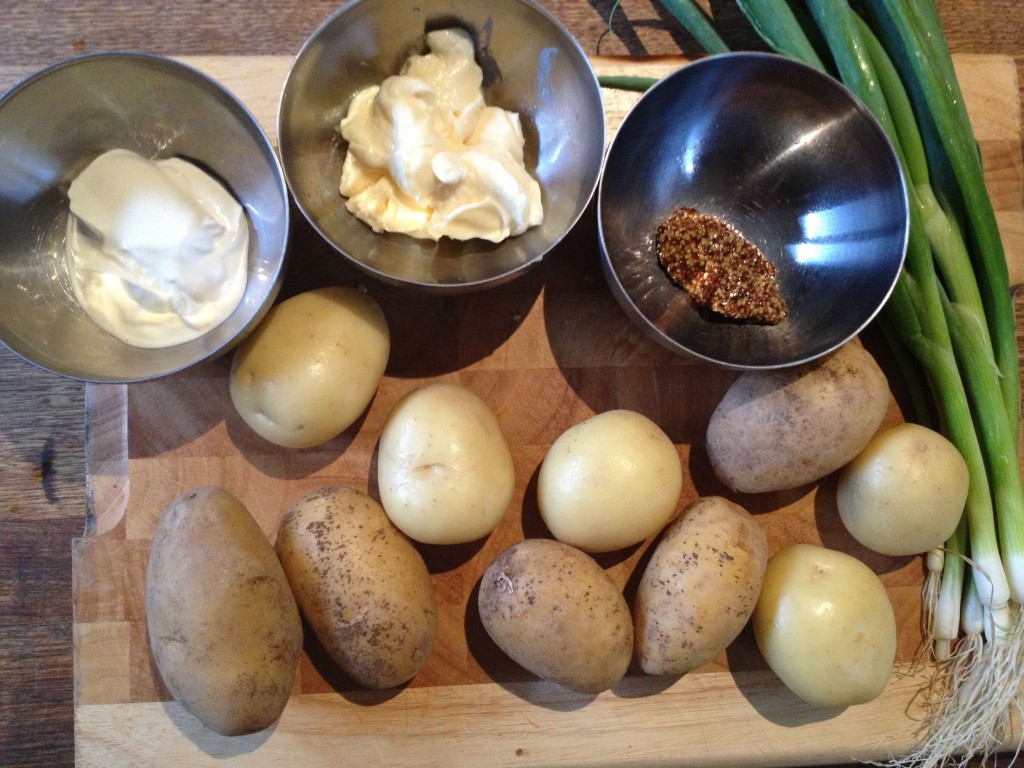 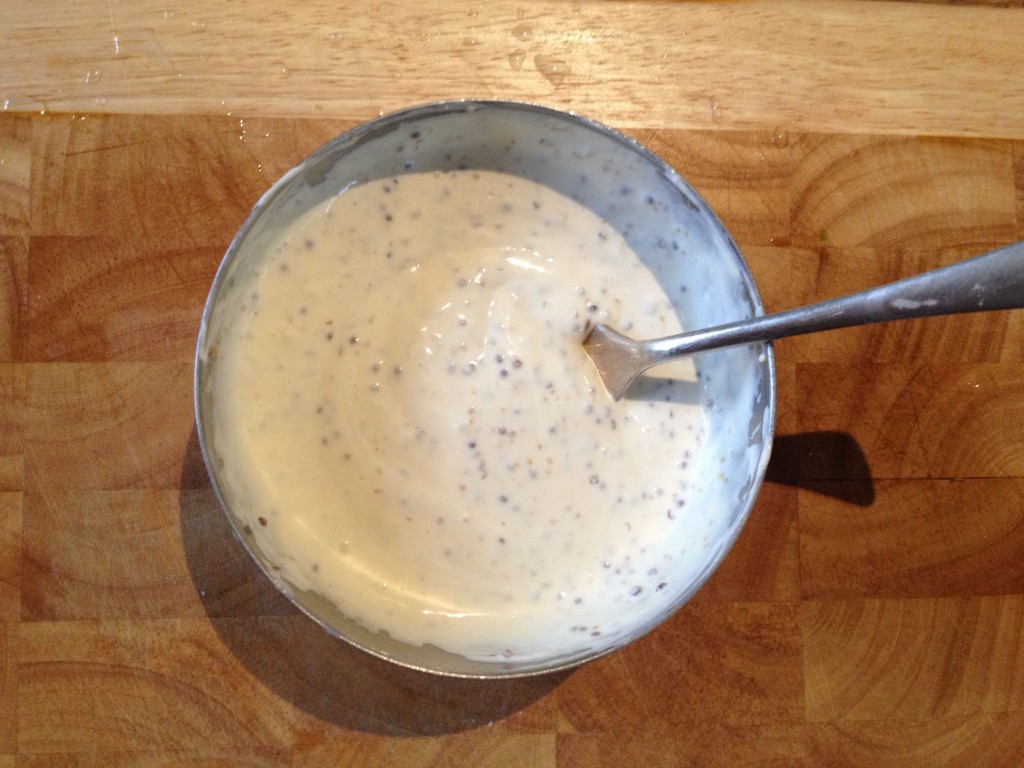 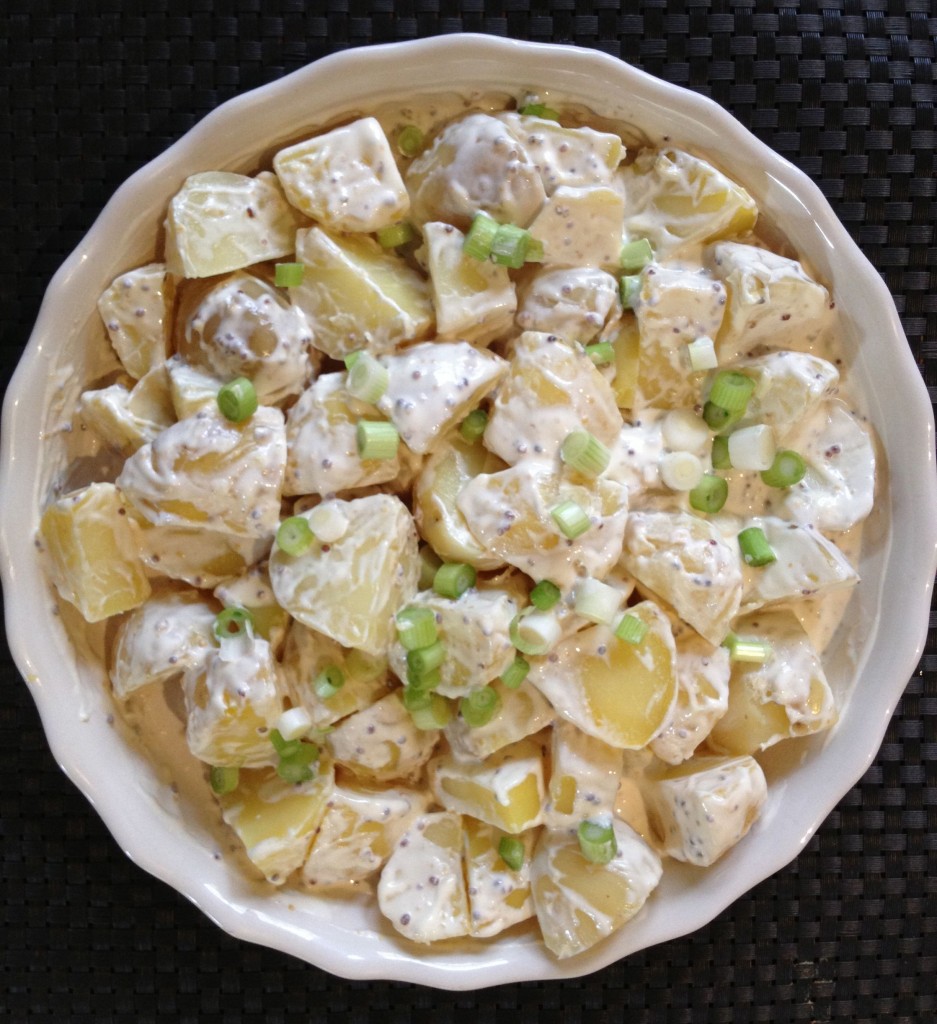 Do you have a food that reminds you of your childhood? How do you make your potato salad?

I Spy Plum Pie is Liz, an early 30s kiwi-born, Melbourne raised girl who is passionate about the environment and sustainability, food, exploring and learning new things. Join me on my journey to a happy, sustainable life!
October 31, 2013 by I Spy Plum Pie (admin) | 0 comment