I had read a lot about Touchwood since it opened a little while back, and despite it being down the road from work I still hadn’t made the journey to check it out. This was finally rectified one chilly Melbourne Thursday when I was able to get down there with a friend who also works locally and grab some lunch.

Touchwood is the latest offering from some of Melbourne’s cafe heavyweights – Matt Vero and Steve Rowley – who have previously been responsible for places like Coin Laundry and Tall Timber, alongside Kael and Matt Sahley who are the brothers behind Pillar of Salt, so you can understand why Touchwood opened to much fanfare, and why it can be tricky to get a seat at times!

The fit-out is sparse and clean, with white brick and light coloured wood featuring heavily alongside lots of greenery and plenty of natural light. The menu features coffee from 5 Senses and tea from Storm in a Teacup, with a good spread of breakfast and lunch choices for both vegetarians and carnivores alike. 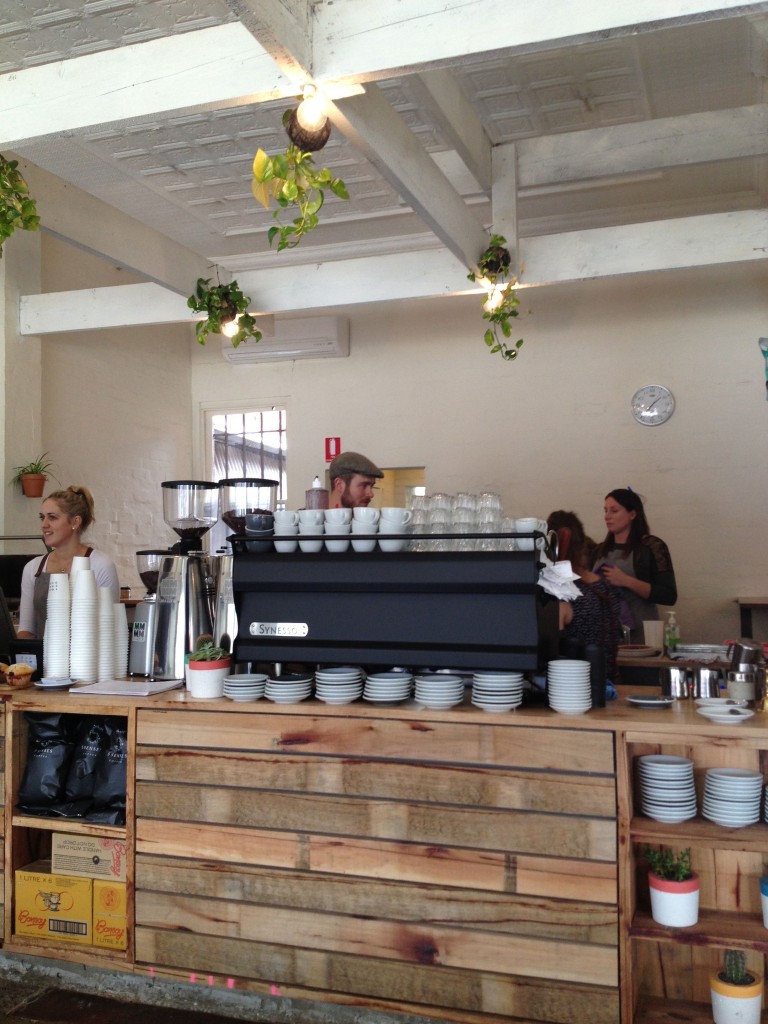 Jack and I had both already consumed too much coffee at work that day so just went straight to the food menu. We both went with breakfast offerings, with Jack choosing the Avocado Toast which came with beetroot relish, burnt lime, pickled red onion, coriander, mixed seeds and sumac salt ($15). We were very impressed with the quantity of avocado that appeared and the beetroot relish was particularly highly spoken of. All in all it was a very impressive offering! 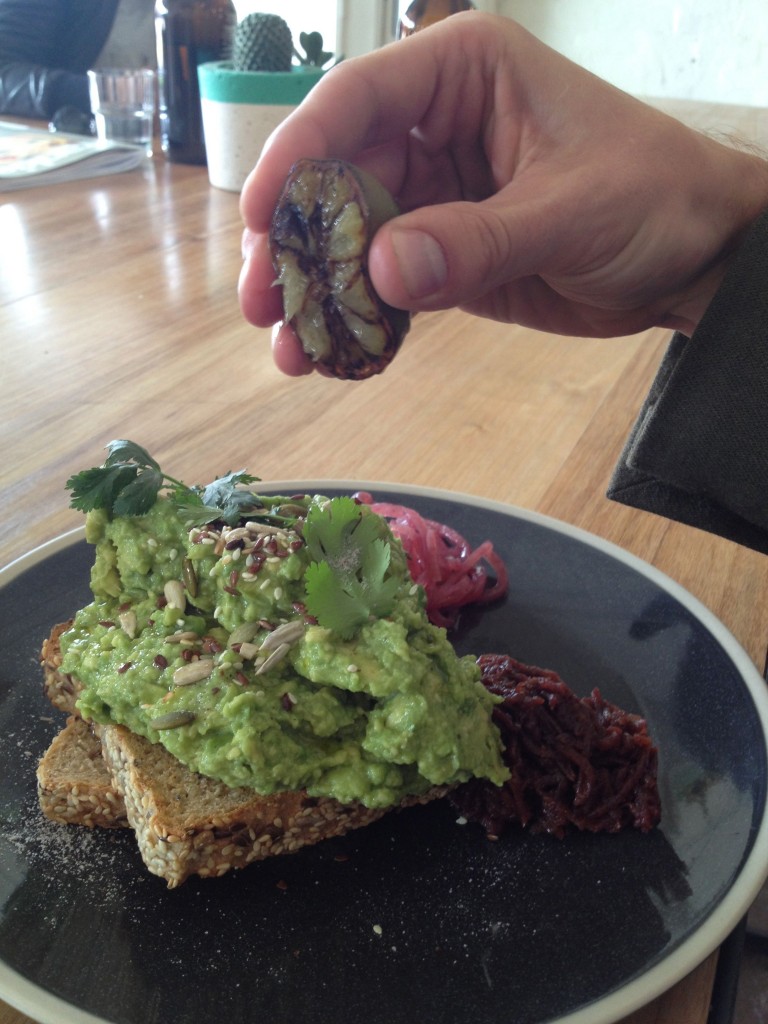 I went with the Morning Grain Salad which was a mixed salad of quinoa, freekah, wild rice, rocket, toasted almonds, chai soaked raisins, cumin yoghurt and a poached egg ($16). This was really, really delicious. The mixture of the grains meant there were lots of different textures at play, the raisins were plump and juicy and that cumin yoghurt worked as a really flavoursome dressing. I could have kept eating this long after it was all gone, it was that good! 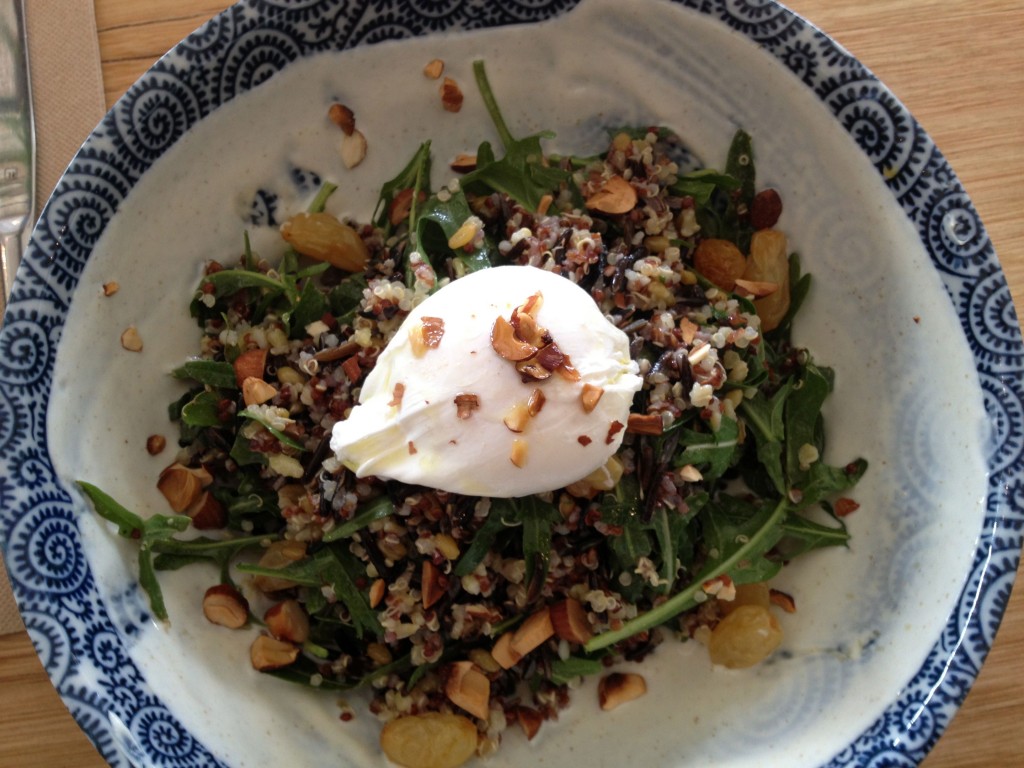 Now that I have finally checked it out I have a feeling I will be going back for more very soon. There’s still the whole lunch menu to consider, not to mention the rotating sandwiches as well! A welcome addition to the Bridge Road lunch scene, that’s for sure!

I Spy Plum Pie is Liz, an early 30s kiwi-born, Melbourne raised girl who is passionate about the environment and sustainability, food, exploring and learning new things. Join me on my journey to a happy, sustainable life!
November 7, 2013 by I Spy Plum Pie (admin) | 0 comment