It’s time to profile another spice so welcome to this month’s Spice Guide: Cinnamon! An incredibly versatile spice that is found in both sweet and savoury dishes from all parts of the world! So, let’s get learning shall we? 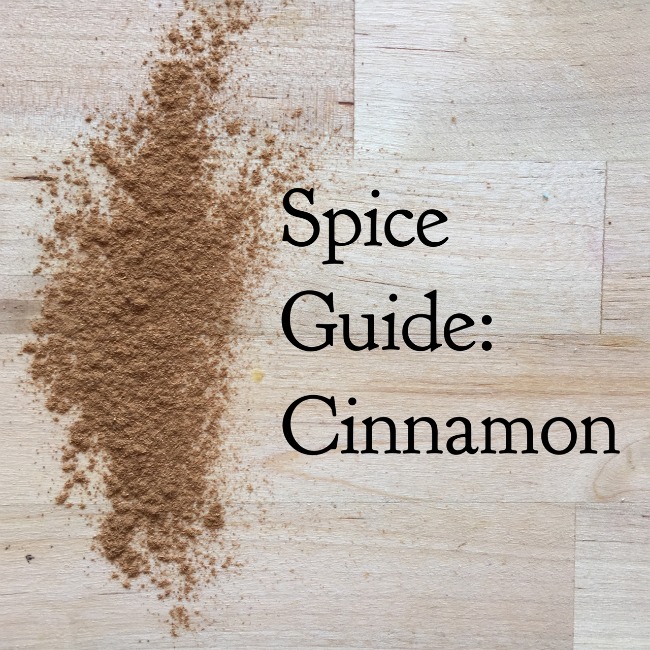 There were four types of cinnamon that were historically used around the world, including cassia from Arabia, ‘true cinnamon’ from Sri Lanka and two varieties from India and China. It’s been used since ancient Greek and Egyptian times and was seen as a gift fit for royalty. It’s source was often kept a mystery through the spice traders which helped protect supply (and probably added to the allure!), but it is actually native to Bangladesh, Sri Lanka and parts of India and Burma. Cinnamon has been traded around the world and is mentioned in poetry, the bible and even in an inscription as a gift to the temple of Apollo.

Nowadays Sri Lanka produces around 80% of one common type of cinnamon, with Indonesia the largest producer of the other most common type.

The four species of cinnamon I mentioned previously each have a slightly different flavour profile. The four types are:

Chinese cinnamon has a strong, spicy but sweet flavour and the Sri Lanka cinnamon is a more delicate, light-flavoured version of this. Indonesian cinnamon is stronger than cassia and has a more bitter edge to it, with Vietnamese type the strongest, hottest version. The Indonesian and Chinese cinnamons are the most commonly used ground versions, but the others are usually not too hard to find either. In fact, it is the Sri Lankan version we usually find in quill form.

Each type is most obviously different when seen in the quill form: 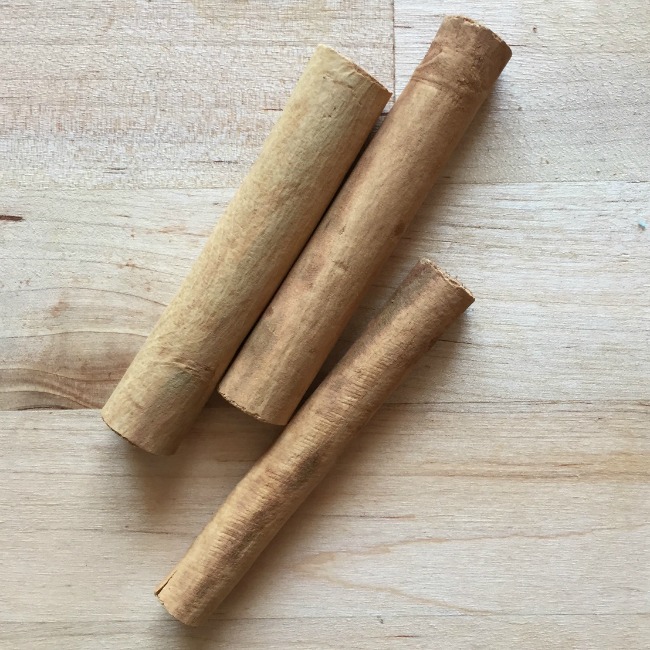 There are a number of cuisines that have traditionally used cinnamon, including Mexican, Greek, Indian, Middle Eastern and North African Food.

It is used in sweet foods like apple pies, muffins, chocolate, cinnamon buns, porridge and with fruits but also in savoury meals like curries, with chicken or lamb, with beans, pumpkin and the like. It is used with lots of fruits like pears, figs, dates and peaches and in lots of drinks including coffee, tea, hot chocolate and mulled wine.

Cinnamon is one of the ingredients in 5-spice powder, and it pairs well with these spices:

There are so many wonderful ways to use cinnamon it’s hard to know where to start! Let’s go savoury shall we? Here’s a recipe for a homemade, vegetarian friendly curry paste:

Combine all the ingredients in a bowl and stir well to combine. It makes a decent amount of curry paste but stores well in the fridge or freezer so you can have curry paste ready to go at all times! Yum!

I hope you found this Spice Guide: Cinnamon helpful!

I Spy Plum Pie is Liz, a mid-20s kiwi-born, Melbourne raised girl who is passionate about the environment and sustainability, food, exploring and learning new things. Join me on my journey to a happy, sustainable life!
April 16, 2016 by I Spy Plum Pie (admin) | 4 Comments