In the past I have talked about the environmental problems caused by plastic bags, takeaway coffee cups and wet wipes, so today I thought I would talk all about the problem with straws as well! Given their small size they may seem innocuous but unfortunately that’s far from the case, but thankfully there are easy ways we can all be part of the solution as well! 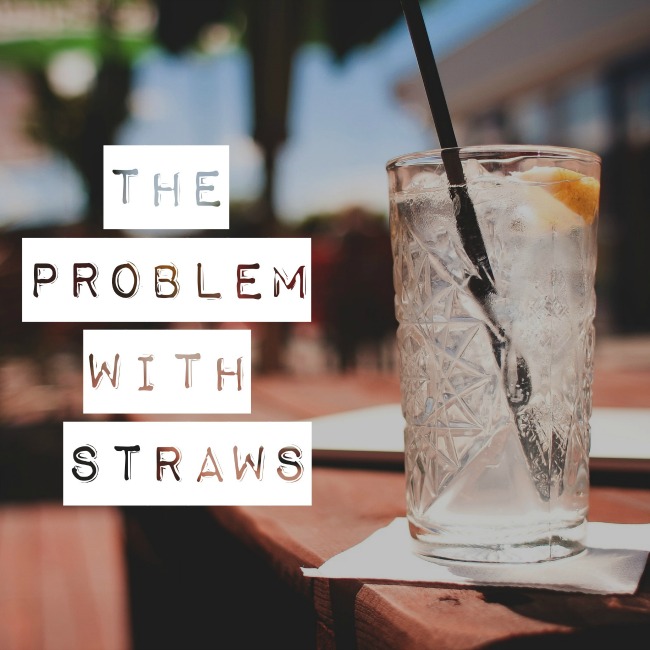 The issue in numbers

Plastic straws came into use in the 1960s, replacing the paper versions, and nowadays upwards of 500 million are used every day in the USA alone, which is just a staggering figure. In the last 25 years over 6 million straws and stirrers have been collected from beaches during cleanup events and they rank number 5 in the list of items making up marine waste. Individually straws are only small in size but collectively they pose a huge problem.

So, what’s the problem with straws?

There’s to main elements that make up the problem with straws – the production of them and the disposal, so let’s start with the production. They are predominantly made out of the plastic polypropylene, with colours, plasticizers and UV light filters then added to ensure they are flexible, won’t break down and look colourful. This is a problem because the production of plastics is highly detrimental to the environment. It uses vast amounts of resources to achieve, including oil and gas extraction and electricity to power the plants. All for a single use straw.

As for the disposal of them, as they are designed to only be used once that means that every one of those 500 million straws used every day in the US ends up being throw away each day. Given they don’t break down that means they are all still in our environment somewhere today. Due to their size they are very difficult to recycle as they are too small to be easily collected by workers and the machines.

Unfortunately many of them end up in our waterways, get ingested by fish and sea birds, break down into small portions of plastic and end up in the food chain. This can result in the deaths of sea creatures including birds and turtles as the plastic blocks airways or stomachs. It also results in the pollution of both the water and the contamination of the food chain as the plastic straws very slowly break down.

Due to their lightweight nature those that aren’t ingested are often swept into gyres, the currents that draw in and trap debris, creating those ‘islands’ of rubbish you have probably seen photos of. The largest of these is known as the Great Pacific Island Garbage Patch and contains roughly 100 million tonnes of rubbish, around 80% of which was originally found on land, including many, many plastic straws.

As you can see they really are a huge problem, but thankfully one we have some individual control over.

What are the alternatives?

If you’re like me you still enjoy using a straw for things like smoothies at home, but thankfully there are eco-friendly alternatives out there! I have a glass straw that I can either clean with a long brush or just pop in the dishwasher and I really enjoy drinking with it. There are also stainless steel options out there which I am yet to try myself but I’ve heard good things about as well.

What can you do to help?

Just say no to the straw when you’re out and about, it’s as simple as that! Furthermore, you can recommend your favourite cafes that they don’t give straws out unless people specifically ask for them, or that they switch to biodegradable bamboo straws instead. Vote with your feet and support businesses that are doing these things, and know that every straw you say no to is making a positive difference!

I hope this helped better explain the problem with straws, and what we can all do to help. I’d love to hear your thoughts in the comments!

I Spy Plum Pie is Liz, an early 30s kiwi-born, Melbourne raised girl who is passionate about the environment and sustainability, food, exploring and learning new things. Join me on my journey to a happy, sustainable life!
January 14, 2017 by I Spy Plum Pie (admin) | 2 Comments

2 Comments on The Problem With Straws