Last weekend I made my twice-yearly pilgrimage to a farm outside of the little town of Meredith in country Victoria, to the Meredith Music Festival. Back in March I wrote about the newer kid on the block – Golden Plains festival – but this time it was the original Meredith to shine for the 23rd time.

I have been attending both festivals since I was 20 years old and I can’t see myself stopping any time soon. There’s a whole host of reasons why I keep going back – it’s one of the most brilliantly run festivals I have ever experienced and the organisers aren’t resting on their laurels either. Every year they respond to feedback and make changes and improvements to ensure everyone always has a great time, and this year that even included reducing the number of tickets they sold to ensure everyone has enough space to really enjoy themselves. Impressive! So today instead of giving you a simple run-down of the weekends festivities I wanted to share 5 of the things that makes me love the Meredith Music Festival, so here goes!

Both festivals have an expressly written “no d!ckheads” policy and it works. Everyone is there to have a good time, make some new friends and just relax and anything that contravenes that is severely frowned upon. It’s the sort of festival that when you accidentally knock in to someone both people are quick to apologize, with no-one ever getting aggro. I think this was clearly on display by the fact that on Saturday the local police were wandering around giving out free sunscreen to people as there wasn’t anything else they needed to be doing – no fights to break up, no belongings going missing from campsites and no dramas to resolve.  You wouldn’t see that at many other festivals! This is very much in line with the fact the festival doesn’t take on commercial sponsors and is focussed on making the experience as wonderful as possible for the attendees, rather than being just a money making venture – the organisers aren’t d!ckheads so they don’t want visitors to be either! 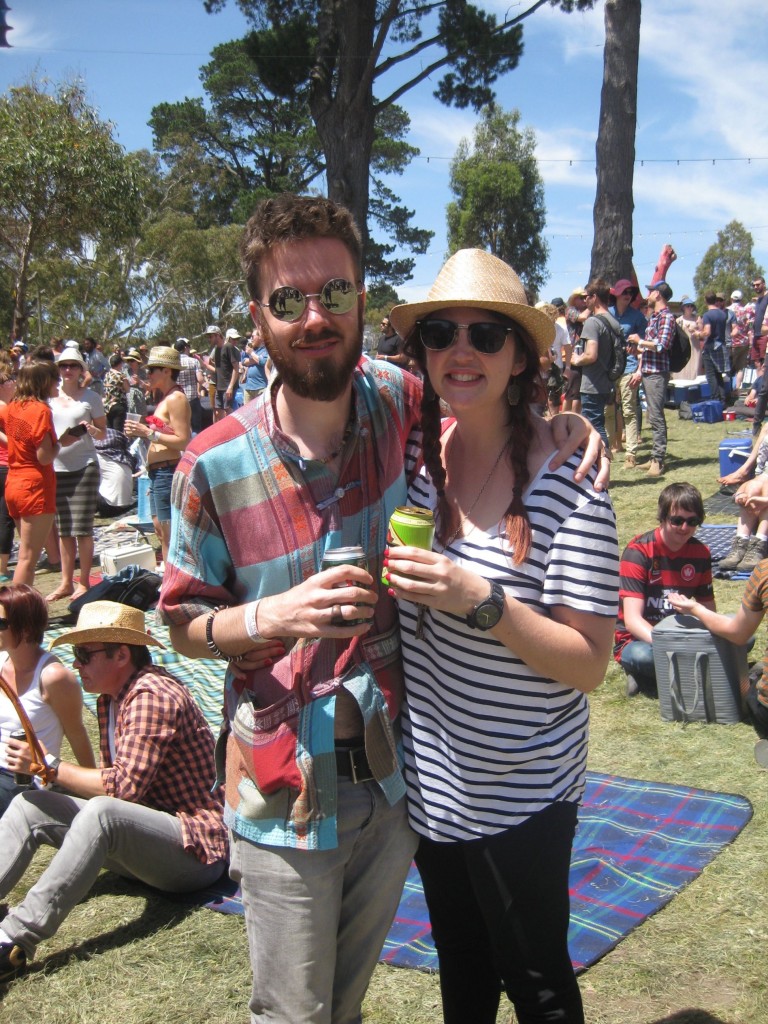 Reducing the environmental impact of the festival is a key consideration of the organisers, and that’s something that I really appreciate. All the packaging, plates, cutlery etc from the food stalls is able to be recycled or composted and separate recycling and rubbish bins and bags are provided all throughout the site, which are then also sorted prior to be disposed of to ensure all possible recyclable items are removed from the rubbish that heads to landfill. The most impressive example of the eco-friendly nature of the festival is the composting toilets (which are the only toilets on site) – they might sound gross but they are surprisingly clean and smell-free, with the added bonus being that they don’t need any water, and the resulting compost can be used back on the land. All these things help to reduce the impact the festival would otherwise have on the land and also result in a nicer place to spend the weekend – a win for everyone!

I wrote about some of these back in March after I went to Golden Plains (which you can read here!) but it’s definitely one of my favourite parts of the festival. These traditions include the crowd giving the ‘boot’ to their favourite performer, which involves holding a shoe in the air (which I can imagine is quite a sight from the stage!), the proliferation of intricate (and not so intricate!) totem poles that people bring to the amphitheatre to dance with and the ever growing number of people who spend their weekend in costumes of all shapes and sizes!

The biggest tradition of Meredith however takes place on the final Sunday afternoon, a few hours before gates close and the festival is over – the Meredith Gift. The Gift is quite simply a nudie run, with heats taking place for both men and women, then a final with the fastest 6 men and 6 women racing off for the glory of being crowned the winner of the Gift. It’s certainly not a normal event for a music festival, but it always draws a crowd and, like everything at Meredith, is done in good spirit and with a lot of laughter. You won’t see me competing anytime soon though! 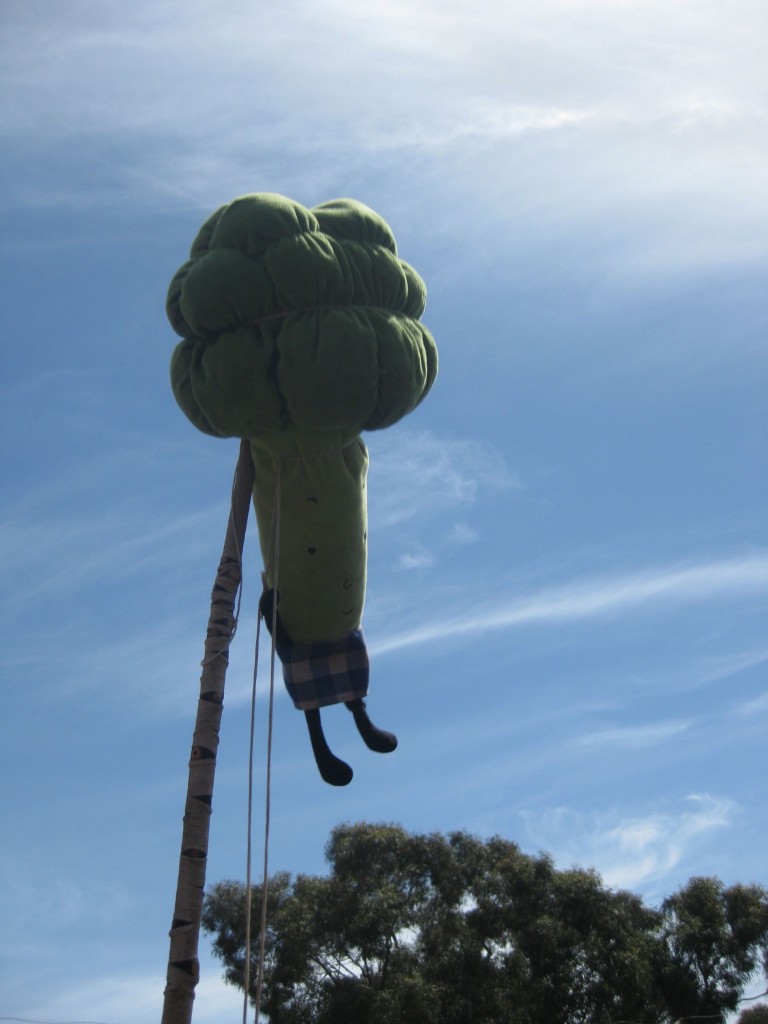 Is anyone surprised that good food is important to me?! Didn’t think so! Meredith provides amazing food choices, with vegetarians particularly well catered for. Lots of Melbourne’s food vans are in attendance as well as some festival staples like the Hare Krishnas, Jerry’s Vegie Burgers and the Hotties Eat Rotis crew. Luckily for me, B is always happy to share food so we often got two different choices to share which allowed me to try even more delicious food! 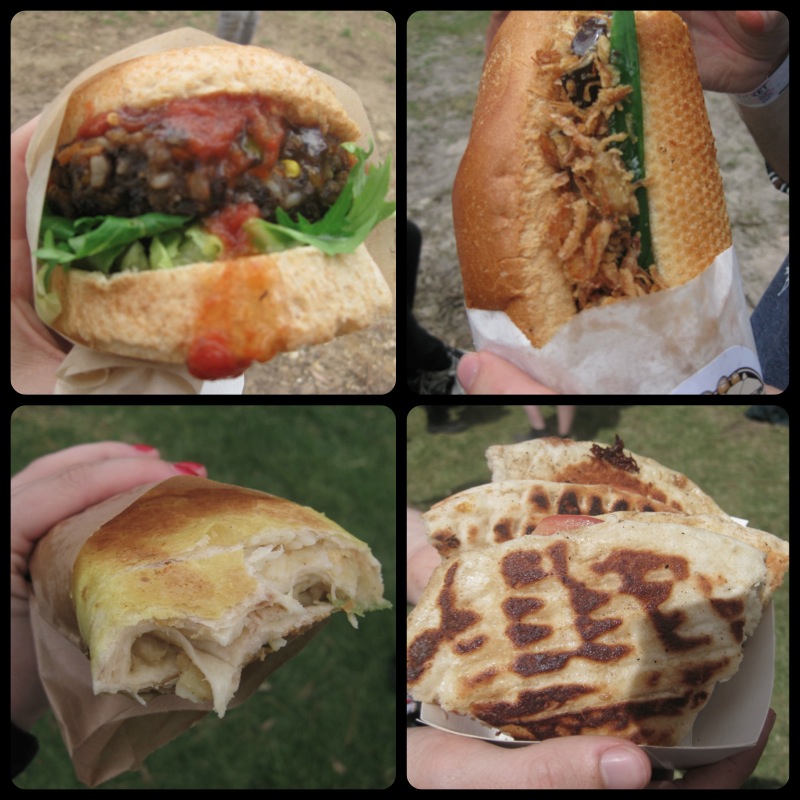 This time I also finally visited the bar/cafe that was built a few years ago – Eric’s – and had an amazing breakfast of corn fritters with avocado, Meredith feta and scrambled eggs. I will be visiting again next time, that’s for sure! Some other stand out meals over the weekend included the eggplant banh mi from the Banh Mi Boys van, the veggie gyozas and tofu steamed bun from the Gyoza stand, the tomato and cheese piadina from the Beatbox Kitchen van, as well as the aforementioned vegie burger from Jerry’s and vegan roti from Hotties Eat Rotis. 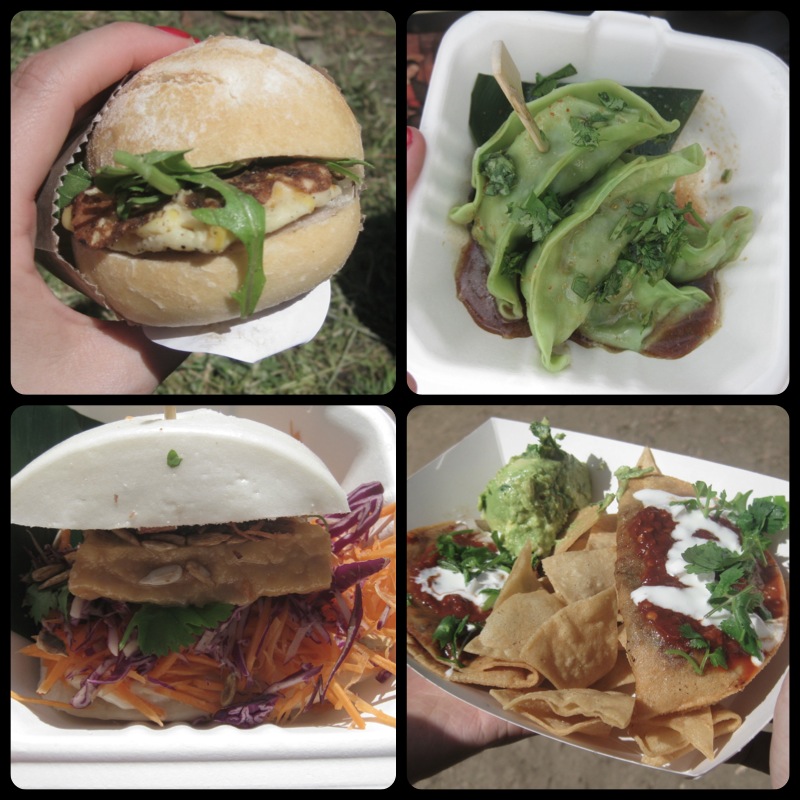 It’s definitely fair to say I didn’t go hungry at any point over the weekend! 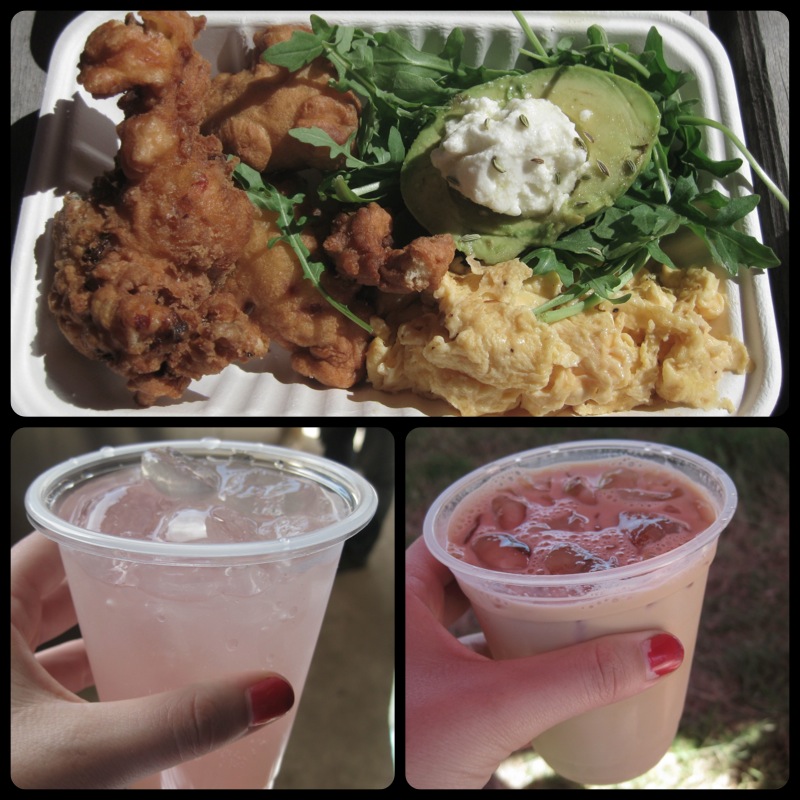 Being a music festival obviously the music is more than a little important, and Meredith never disappoints. Most of the time when I arrive I only know some of the artists, but by the time I leave I always have some new favourites that I have discovered over the course of the weekend. One of my favourite parts of the festival is spending Saturday sitting on the hill with friends, listening to whoever is playing, having a few beers and getting up to dance whenever the desire takes hold. 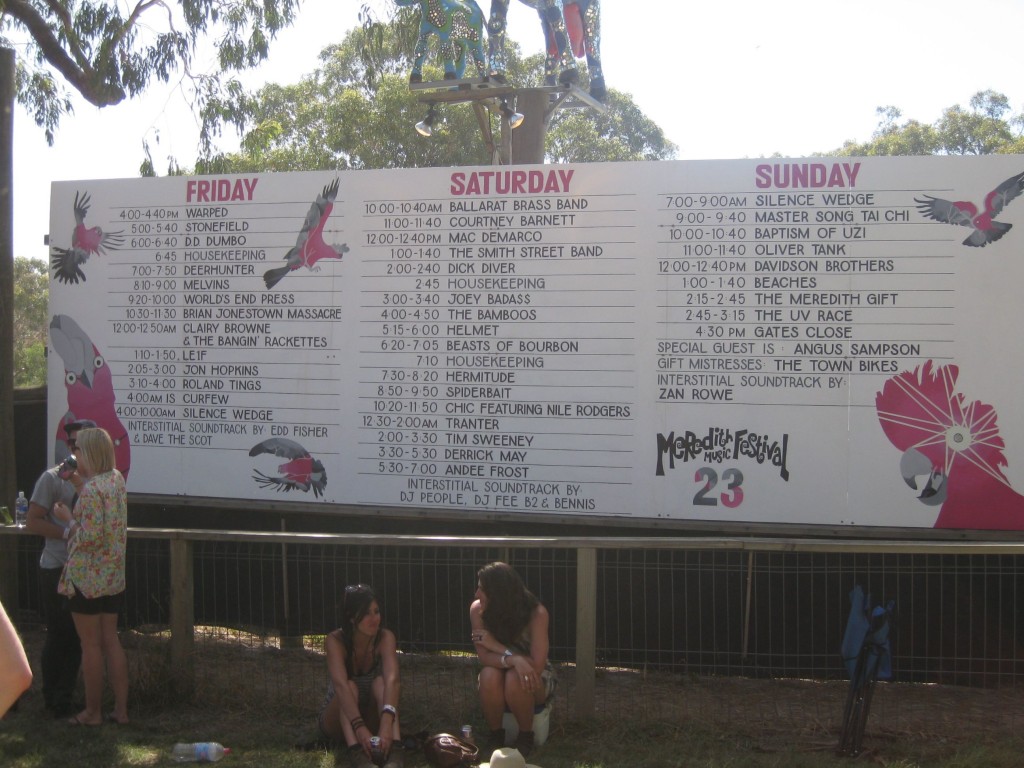 This weekend was no exception, with some of the most energetic dancing occurring mid-afternoon to bands like the Bamboos and Joey Bada$$. This years headliner – Nile Rodgers & Chic –  definitely didn’t let us down either, he was as amazing as I remembered from the appearance at Golden Plains a few years ago, and the amount of incredible songs he has written and produced for artists like Diana Ross, Madonna, Daft Punk, David Bowie and Duran Duran is fairly mind blowing. My feet were nearly danced off by the end!

And that’s it! Obviously there are lots of little things that all add up to making the festival such a wonderful experience every year (not least of all how much it makes me appreciate a warm shower and a soft mattress afterwards!) but these are my Top 5 reasons that keep me going back for more!

Have you been to Meredith before? What do you look for in a music festival?

I Spy Plum Pie is Liz, an early 30s kiwi-born, Melbourne raised girl who is passionate about the environment and sustainability, food, exploring and learning new things. Join me on my journey to a happy, sustainable life!
December 18, 2013 by I Spy Plum Pie (admin) | 0 comment