I decided it’s about time I did another post in my Pubs for Vegetarian’s series, and this stop takes us to a relatively new kid on the block in Collingwood – Mr Scruff’s. Mr Scruff’s is really more of a bar than a pub, although it does have a cute little courtyard that I’m sure will be getting quite the workout come summer.

The food menu is short and sweet, separated into jars, little boxes, big boxes and sweet boxes (and yes, they are all actually served in jars or boxes!). When they first opened the vegetarian options were rather limited, but they have since rectified this and all veg-friendly meals are clearly marked on the menu (as are the gluten free options). 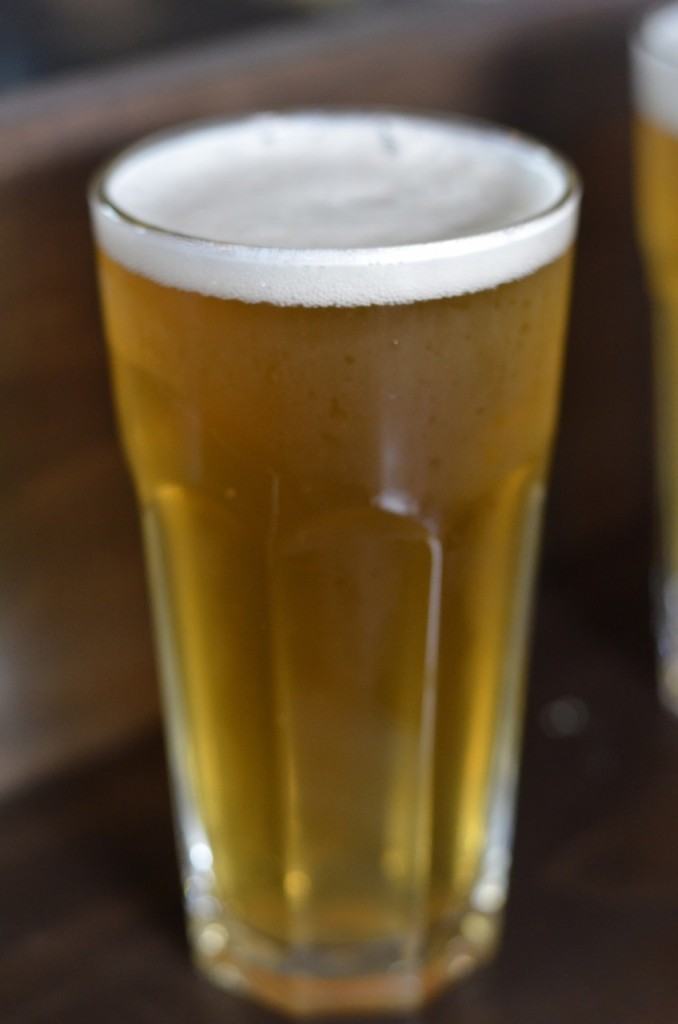 They do lots of specials during the week, including an apparently very popular 1kg chicken wing night on a Tuesday. Wednesday night is half price food all night, so B and I decided it was about time to check it out for ourselves! I’ll include the full price for the food though!

B decided to go with the veggie burger option ($9), which consists of a sweet potato, chickpea quinoa patty, feta and coleslaw. The patty was really great, crispy on the outside but still soft in the middle and clearly jam-packed with actual veggies that you could both see and taste. The coleslaw provided a nice counterbalance with its tart sauce and crunchy veggies. 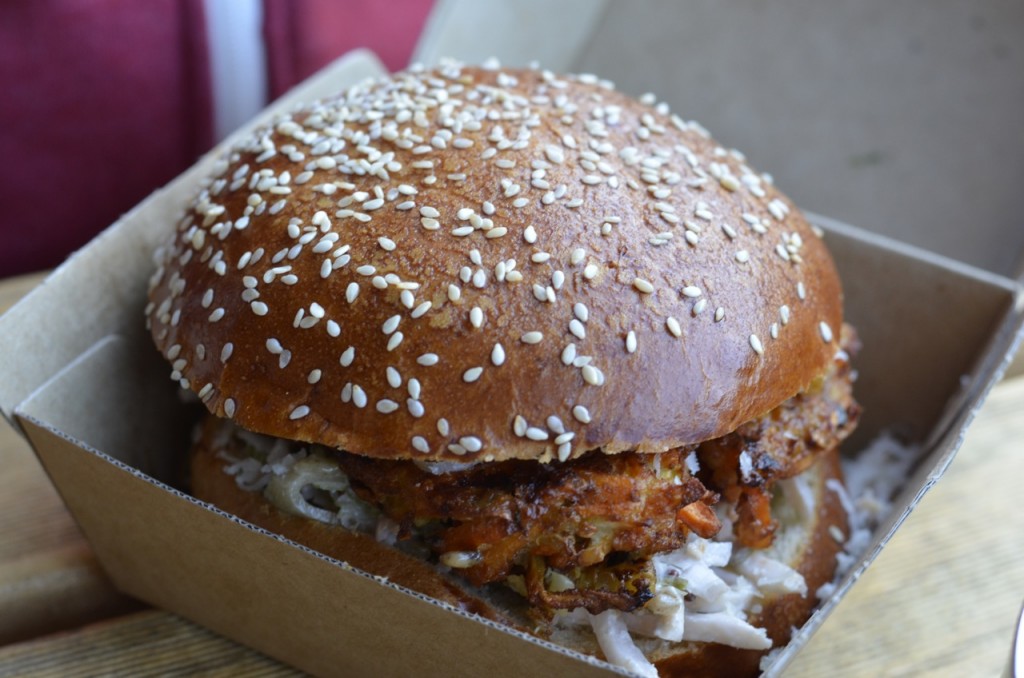 The only downside of the burger was the bun, which was rather sweet and just collapsed when bitten in to. B mentioned he would have preferred to pay an extra dollar or two for some better quality bread, particularly given he really enjoyed the actual burger fillings. 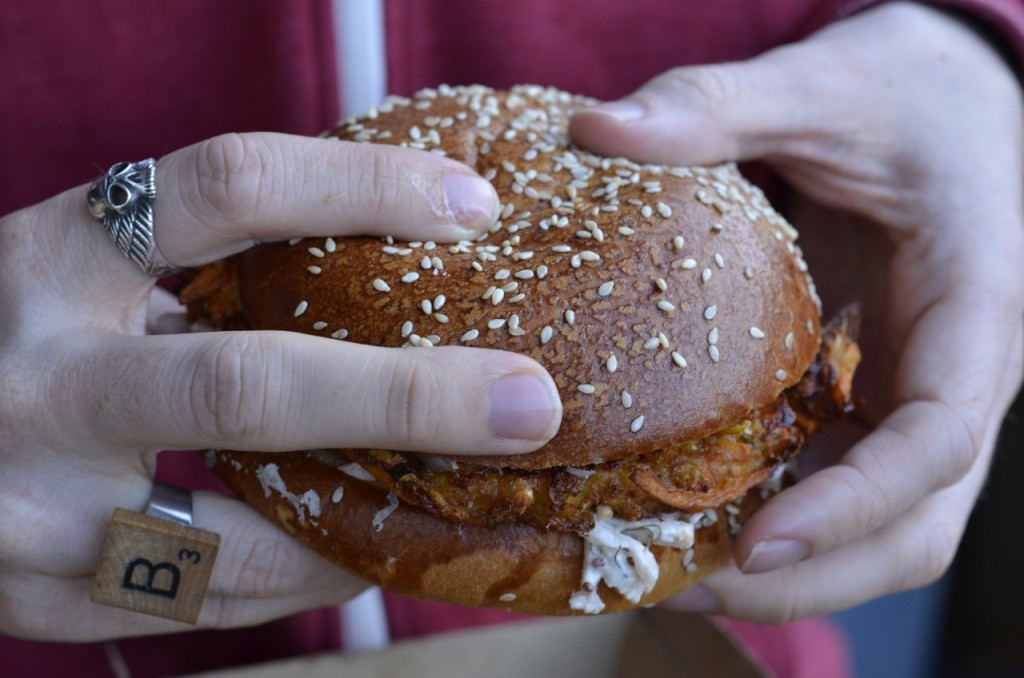 I went with the other vego option from the large box section, the zucchini souvlaki ($9) with haloumi, tzatziki, apple and celeriac. As you can probably guess from the photo this was rather messy to eat and I ended up with beetroot juice and tzatziki pretty much everywhere! 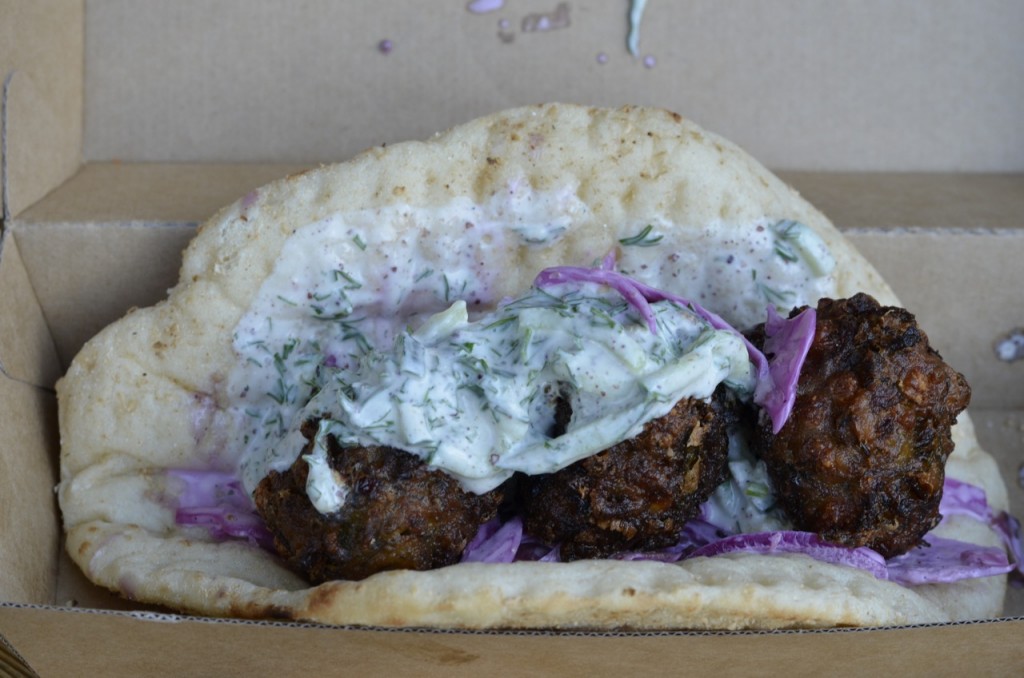 The mess wasn’t enough to put me off though, this was delicious. The fritters had super crispy exteriors and soft, fluffy centres and the accompanying flavours from the tzatziki and the vegetables went perfectly. Unlike the burger bun, this souva bread was really good, soft but with just enough chew to have some substance to it. The whole souvlaki wasn’t huge, but it was definitely filling (and considering we only paid $4.50 for it there’s no complaints!). 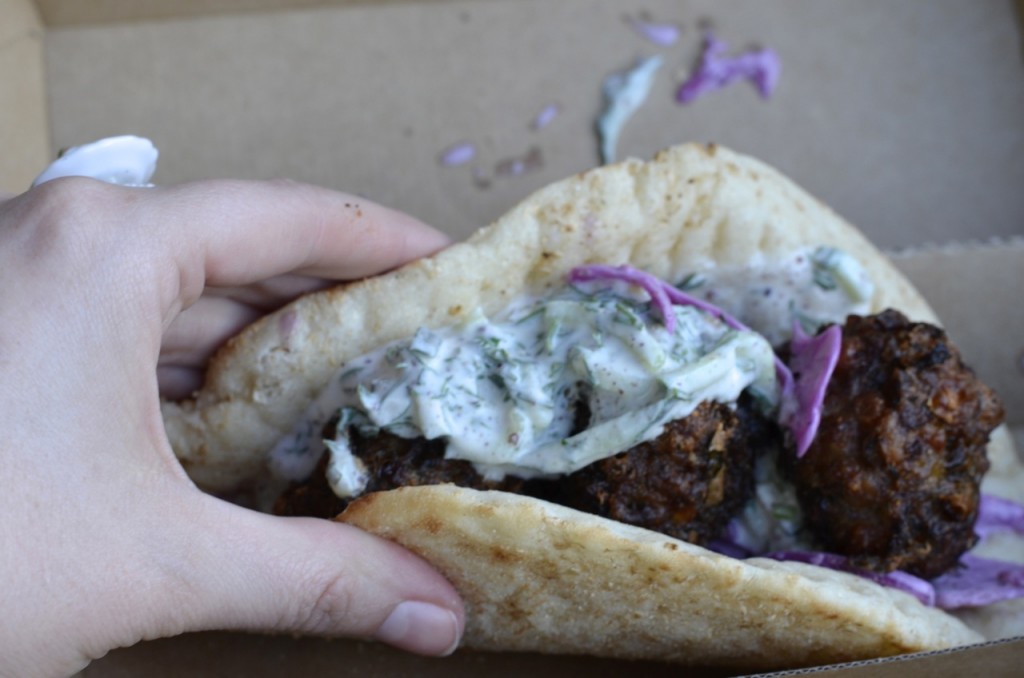 We also shared a serve of the beer battered chips ($8) because who can say no to chips!? Thick cut are by far my favourite way to have chips, and there were plenty of crunchy bits to keep me very happy. The chips have some kind of paprika seasoning which was highly addictive and went really well with the aioli sauce. I can see us sharing more of these chips over a beer or two in the courtyard over the next few months! 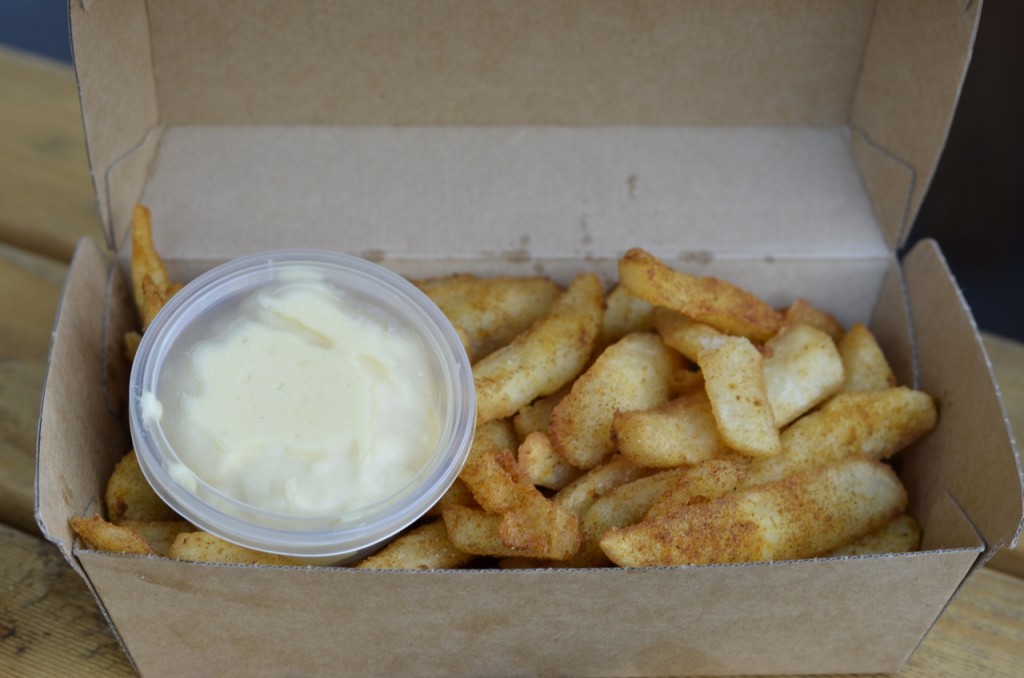 Despite not loving the burger bun we had an overall really good meal and you definitely can’t complain when everything is half price! It’s still pretty cheap at full price too! They’re clearly doing a lot right as it’s always busy when I walk past (which is a lot, it’s dangerously close to home!) and I’m impressed they were so quick to update their menu with veg-friendly options as well. Hopefully we’ll see some more in the future!

An excellent addition to the neighbourhood!

I Spy Plum Pie is Liz, an early 30s kiwi-born, Melbourne raised girl who is passionate about the environment and sustainability, food, exploring and learning new things. Join me on my journey to a happy, sustainable life!
November 8, 2014 by I Spy Plum Pie (admin) | 2 Comments