The flavours on offer are always changing and include some standard offerings and some more out there creations. It was super busy when we were there so I couldn’t get a great shot of all the choices, but here’s a sample! 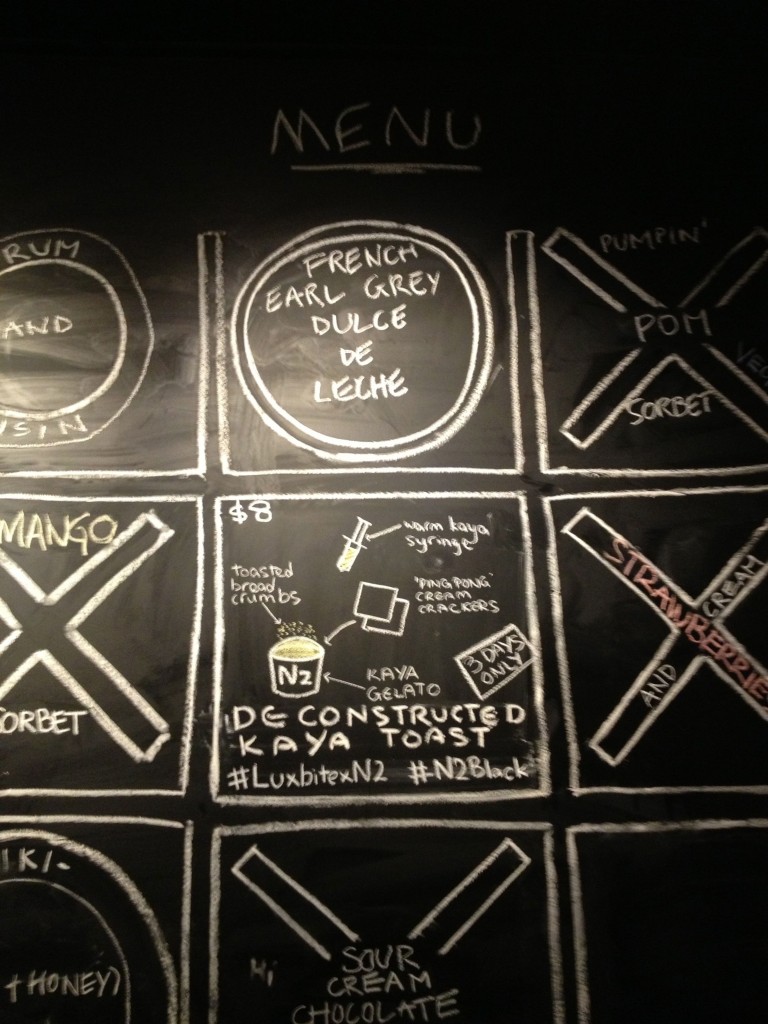 What you can’t see down the bottom left is a Leek and Honey flavour with croutons! It apparently tasted like a sweet version of leek soup but I wasn’t game enough to try it! B went with the Rum and Raisin flavour ($6), which we were warned came with actual rum soaked raisins. I decided to go with the limited edition special, which was a collaboration between N2 and the cafe Lux Bite to celebrate Malaysian Independence Day – the Deconstructed Kaya Toast flavour ($8). Now, I’ve never had Kaya toast before so I didn’t really know what to expect, but the friendly lady behind the counter explained the origins and flavours to me – basically it is coconut jam spread between toast or crackers to make a sandwich. In deconstructing it they were crushing the crackers in the gelato and then dipping it in toasted breadcrumbs and serving it with some warm kaya in a syringe. I was intrigued and couldn’t wait to taste it!

You get to stand and watch the gelato being made and seeing the liquid nitrogen being poured into the kitchenaids was quite something! There were even little pipes into the viewing area where the liquid nitrogen would stream out of which was rather cold if you were standing in front of it! 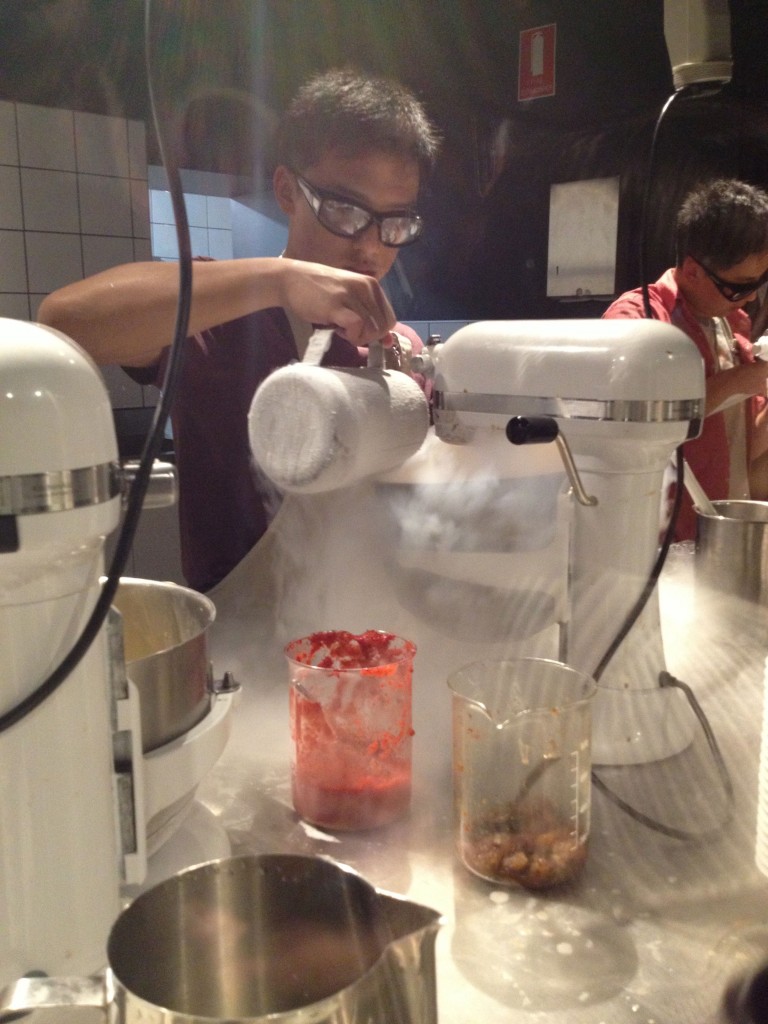 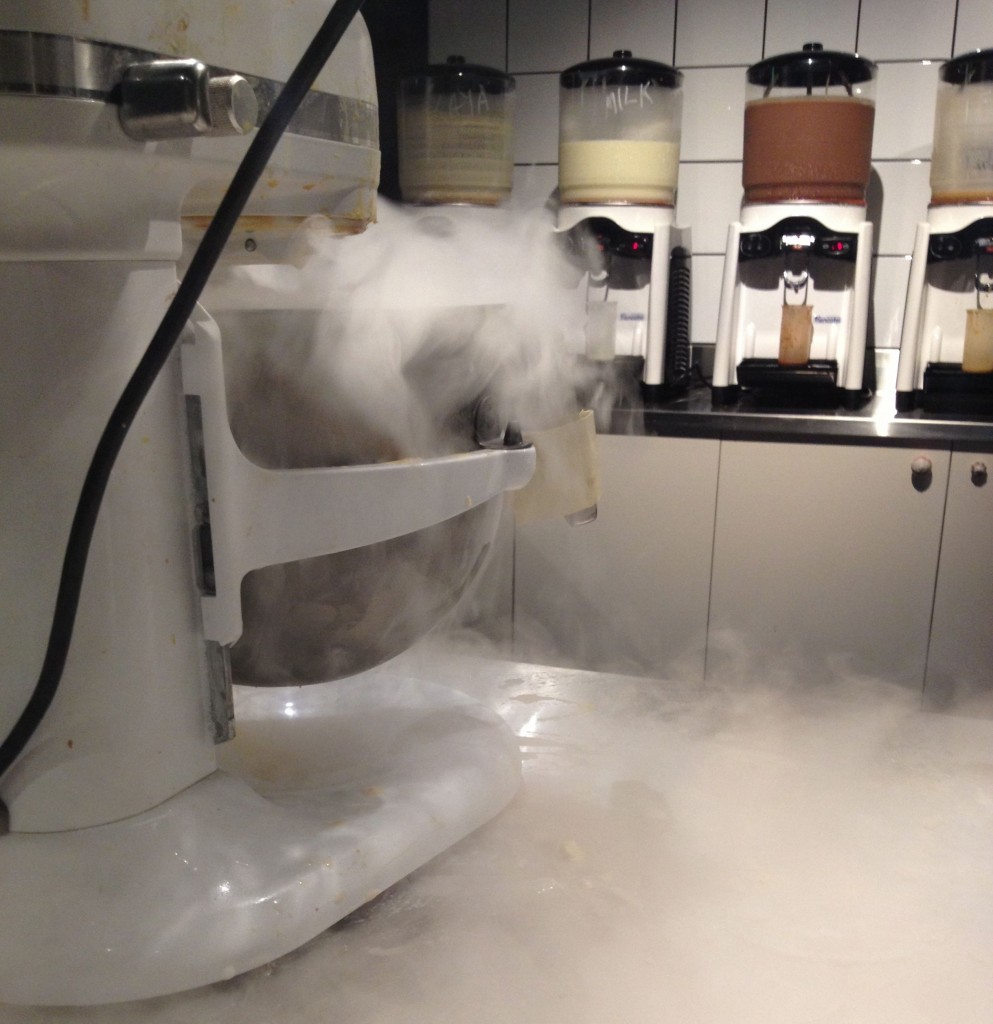 About 15 minutes later our gelato was ready, and we sat on the fake grass mounds in the back to eat it. We were both very impressed – the flavour was strong and delicious and it was definitely smooth and creamy in texture. The liquid nitrogen was clearly not just for show! 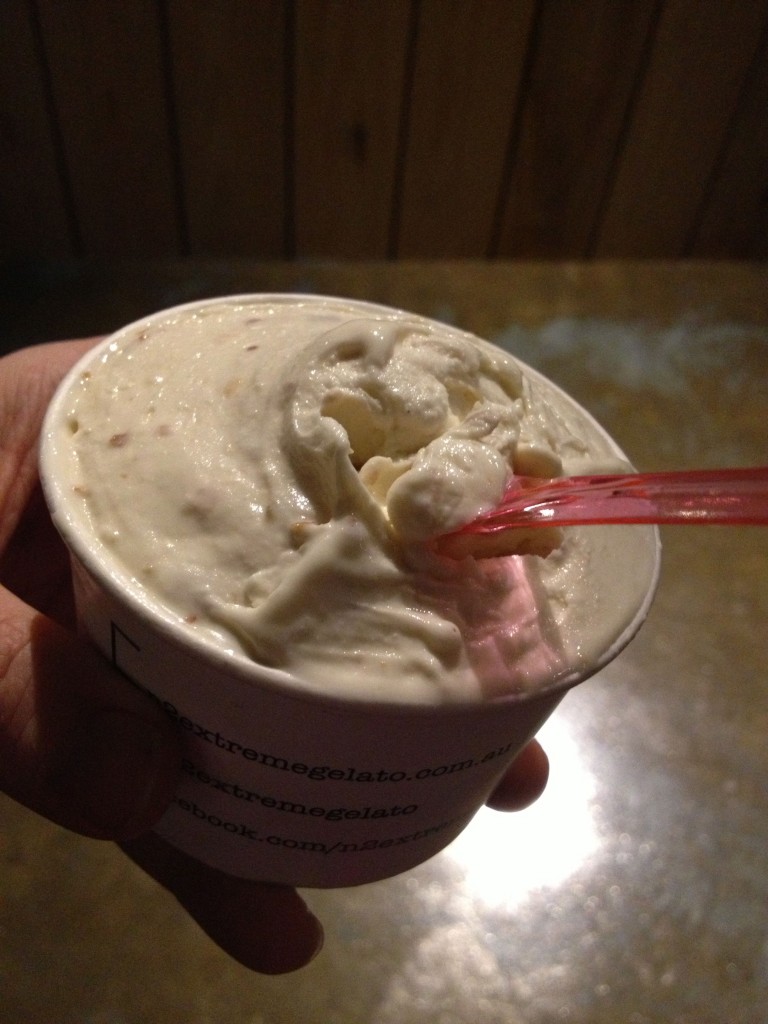 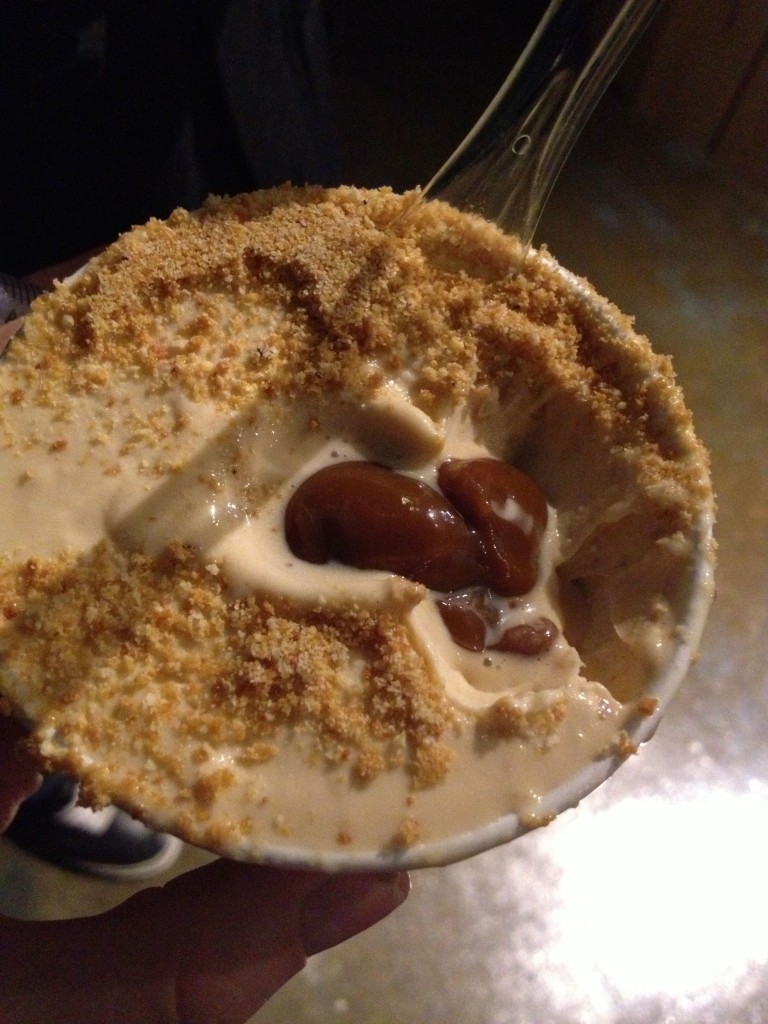 There was a list on the board showing previous flavours they had done and there were lots that grabbed our attention including buttered popcorn and a peanut butter concoction. I think we will be back to sample more flavours as the warmer weather descends on Melbourne! By the size of the queue on Saturday night I think they have found themselves a very intrigued audience!

I Spy Plum Pie is Liz, an early 30s kiwi-born, Melbourne raised girl who is passionate about the environment and sustainability, food, exploring and learning new things. Join me on my journey to a happy, sustainable life!
September 3, 2013 by I Spy Plum Pie (admin) | 6 Comments