One very warm Saturday night B and I couldn’t face cooking anything in the heat so ventured out to find food as close to home as we could muster. I had walked past The Rickshaw a few times since it took over a former Indian restaurant and after a quick perusal of the menu we decided to give it a go!

We were greeted by a very friendly bloke who I assume was the owner and he happily explained the menu to us. The head chef is from Hong Kong but has worked in Japanese, Thai and Indian restaurants and the menu reflects that with a selection of dishes from South-East Asia, India and Japan. The menu is designed for sharing (which is always a plus in my book!) and had a range of smaller plates, sharing dishes and desserts. There were a few vegetarian friendly dishes in each section, however we decided to go with the Rickshaw Feast of four courses decided by the chef, which we matched with the boutique beer option for $20. The Feast is generally $37pp, with a minimum of 2 people, but as we were the first people to ever request a vegetarian option they have now created that as an option at $33pp.

First up was an Indian dish which unfortunately I didn’t catch the name of (and I can’t find it on the menu, so it must have been a special!). We each got three little pieces of puffed papadum which was filled with a lightly spiced mix of legumes, pomegranate and herbs and a jug of tamarind water, which included tamarind, mint, garam masala and chili. The idea was to pour the water into the papadum and eat it all in one go, something I failed miserably at the first time, but by the end of it I had it down to a fine art!

This was really delicious, the water was light and refreshing but with a huge flavour punch, and combined it had a nice kick of spice and a really interesting mix of textures. I didn’t even mind that I ended up with the liquid all over myself the first time around! 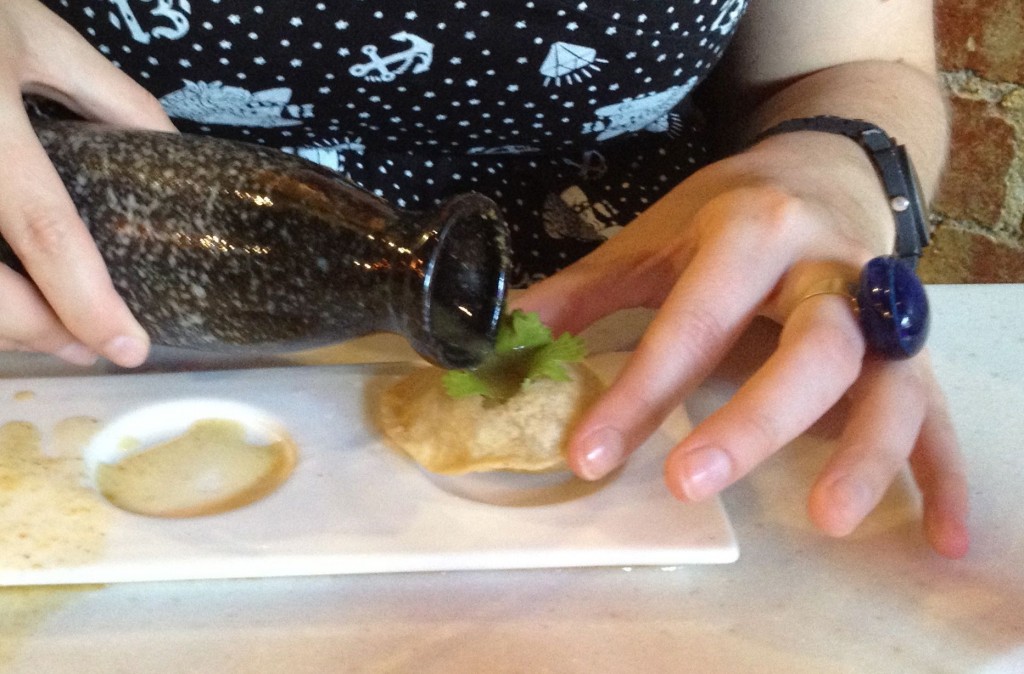 Next up we got both the Som Tum (green papaya salad with fresh chilli, garlic, green beans and citrus) and the Pui’s 3 fungi rolls (cabbage rolls with a mix of enoki, oyster and shitake mushrooms, served with garlic konbu sauce). I’m always a fan of papaya salads, the mix of the papaya and the chilli just works so well – equal parts refreshing and a heat kick! We hadn’t had one since we were in Vanuatu last year, so it was a nice reminder of our holiday! 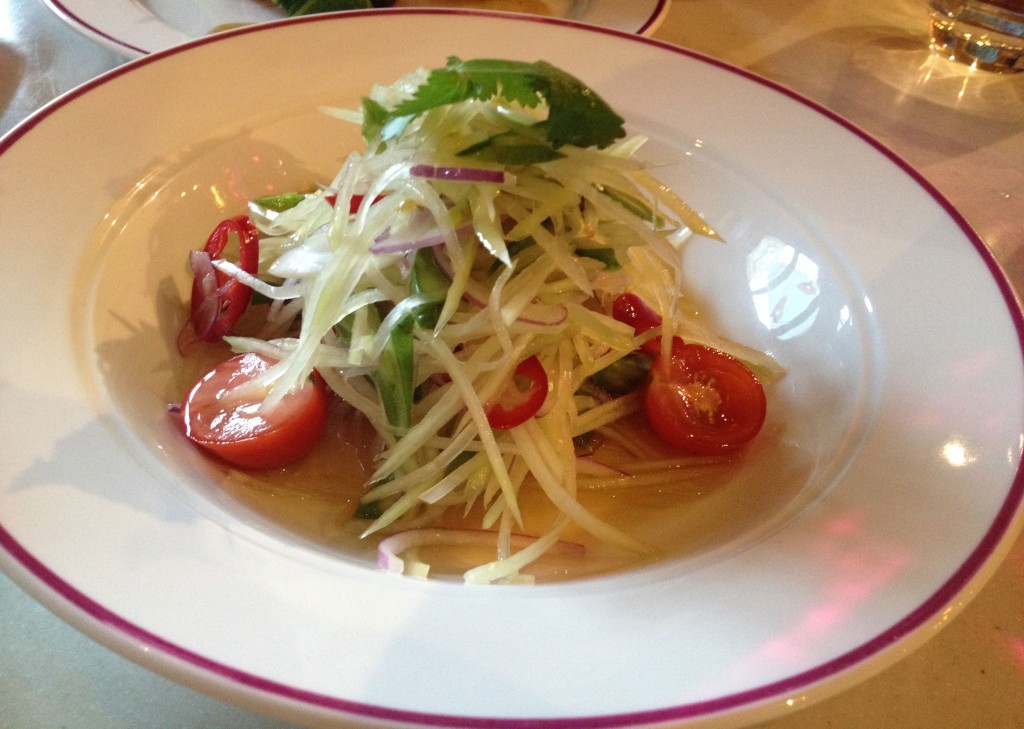 I’m not a huge fan of mushrooms, but surprisingly I really liked these rolls, and B loved them. The mix of mushrooms was really great and whilst they were a little tricky to eat without it falling out everywhere as the cabbage outer wasn’t all that solid, it didn’t matter too much! 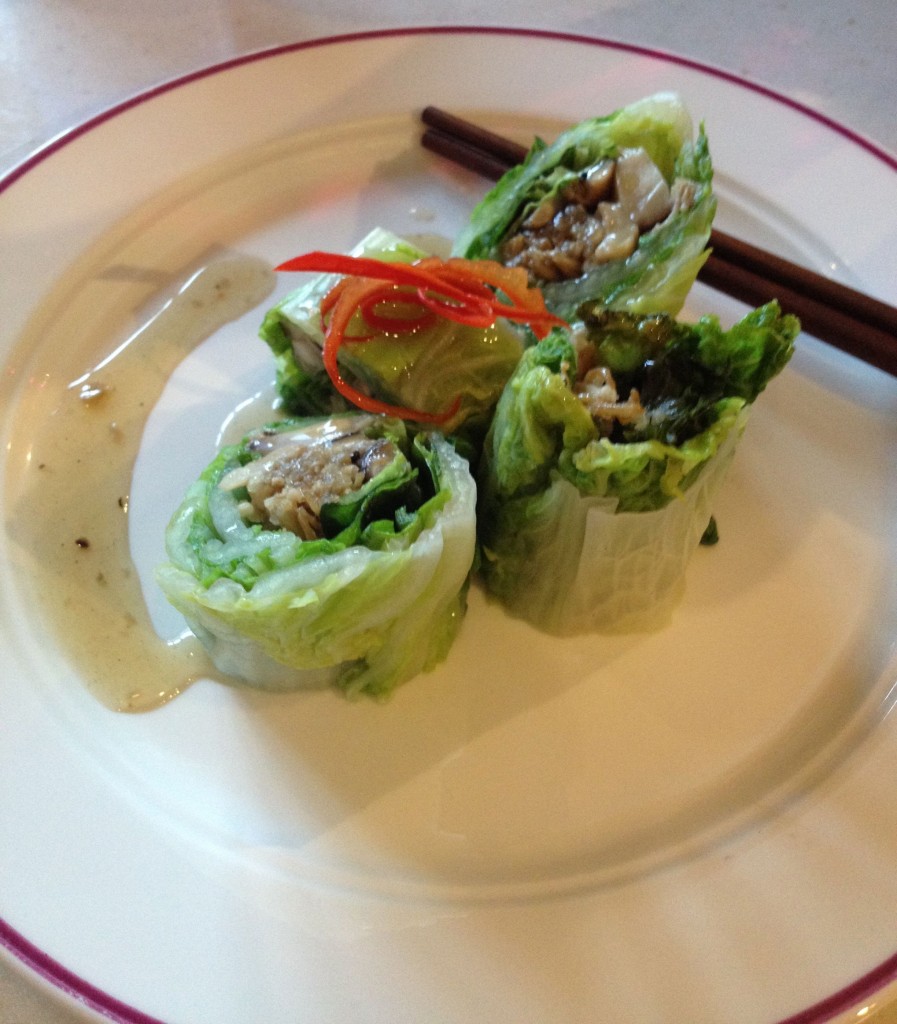 Third course was the vegetarian version of Ma Po tofu (mushrooms, eggplant, tofu and capsicum served in an eggplant cup). B only recently discovered the wonder of Ma Po tofu and loves it, so he was especially excited when this was served up to us! It didn’t disappoint either, it wasn’t spicy like Ma Po most commonly is (and it is stated as mild on the menu) but was still full of the delicious flavour of the sauce and all the components were perfectly cooked. It was served with a little pot of rice each which was the perfect amount – enough to sop up the excess sauce so it wasn’t wasted, but not too much that you filled up on rice (or left most of it untouched!). 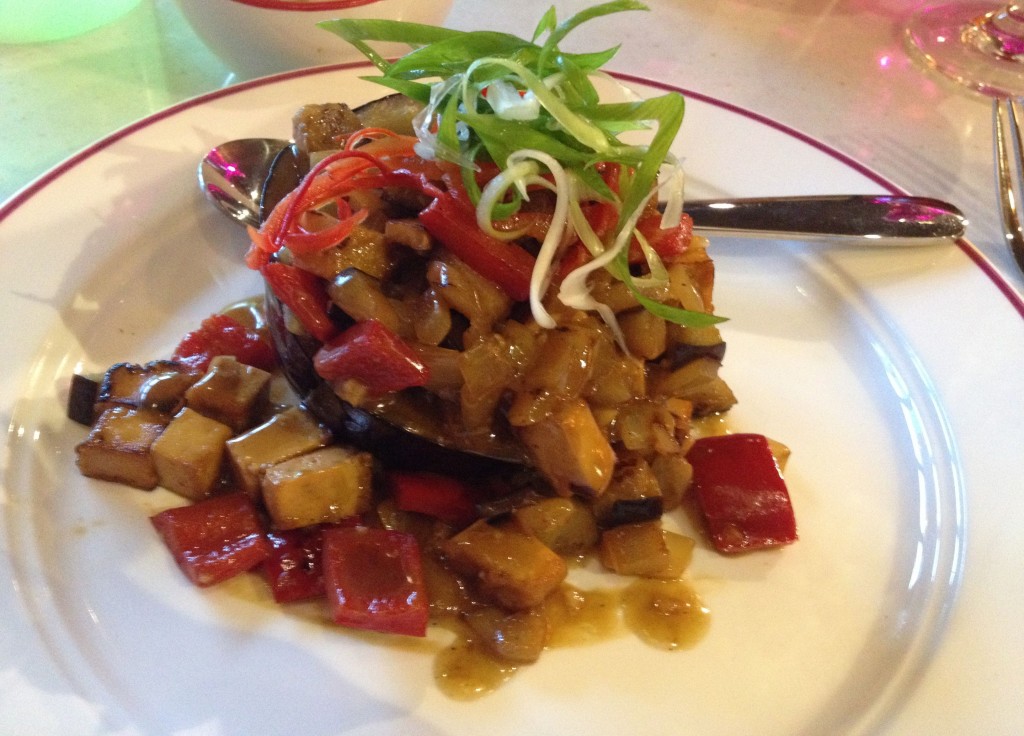 Last but not least we received the Thai Tea Panna Cotta with Honey Syrup for dessert. Let’s start with that syrup – it was SO delicious we had trouble not just licking it off the plate! It was a great match to the silky panna cotta, which was a nice, light way to end the meal as by this stage we were getting fairly full! But seriously, that syrup! I wish I could just have a jug of it in my fridge! 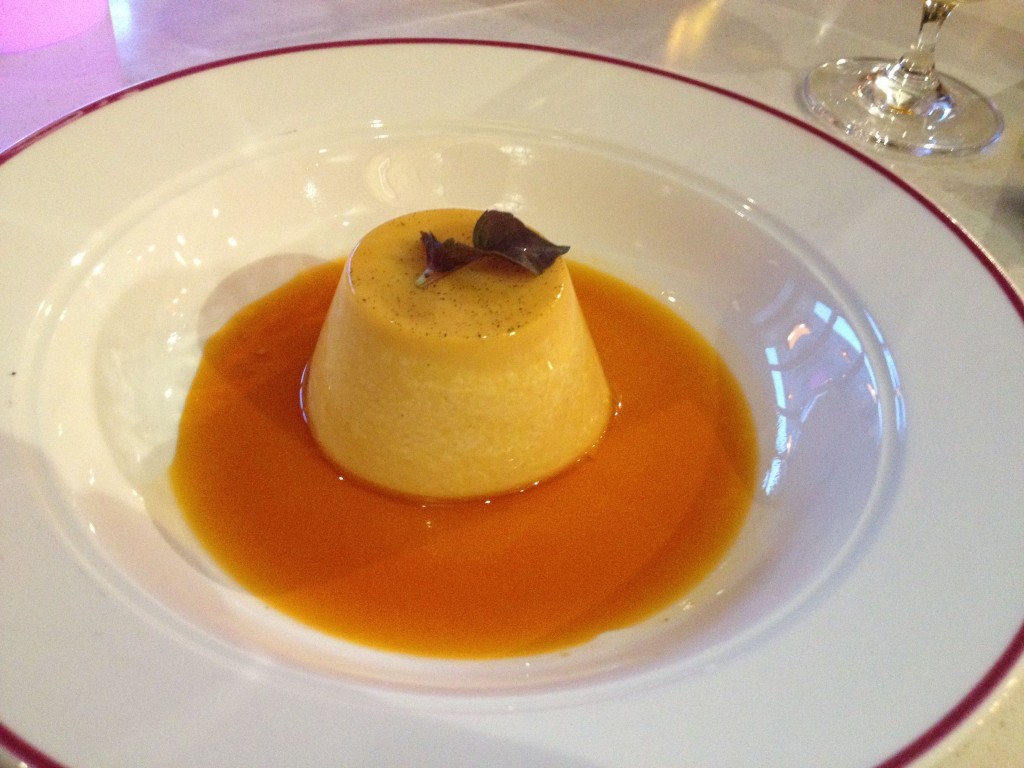 The matching beer package got us a different beer with each course (which was poured between our two glasses), starting with a Kingfisher to match the Indian entree, a Kirin ‘first press’ with the second course, Hawthorn with the Ma Po and a Beez Neez with the dessert. A great mix of beers and a good amount without going overboard!

We had a really lovely meal and really liked being given an explanation of each dish as they were being delivered to us. The service was really friendly and attentive without being overboard and they were more than happy to make changes to the menu to accommodate us (even so far as to add the vegetarian feast as an option!). My only suggestion (it’s not quite a complaint!) would be that as the menu is designed for sharing it would be great if the Feast was treated similarly, at least for the main dishes to allow us to sample more of the menu. They did this with the second course by giving us a serve of both the mushroom rolls and the papaya salad which was great, and if it was done for the third course as well then it would be even better! Regardless, we were happy little campers by the time we left and we will be back for sure!

I Spy Plum Pie is Liz, an early 30s kiwi-born, Melbourne raised girl who is passionate about the environment and sustainability, food, exploring and learning new things. Join me on my journey to a happy, sustainable life!
February 12, 2014 by I Spy Plum Pie (admin) | 4 Comments

4 Comments on Review: The Rickshaw, Fitzroy