Ok, so this month’s Spice Guide instalment is actually a herb, but oregano is so useful I figured I’d branch out a little! It’s one of those herbs that is as flavoursome when used dried as it is fresh. I’d love to hear how you use it in your kitchen! 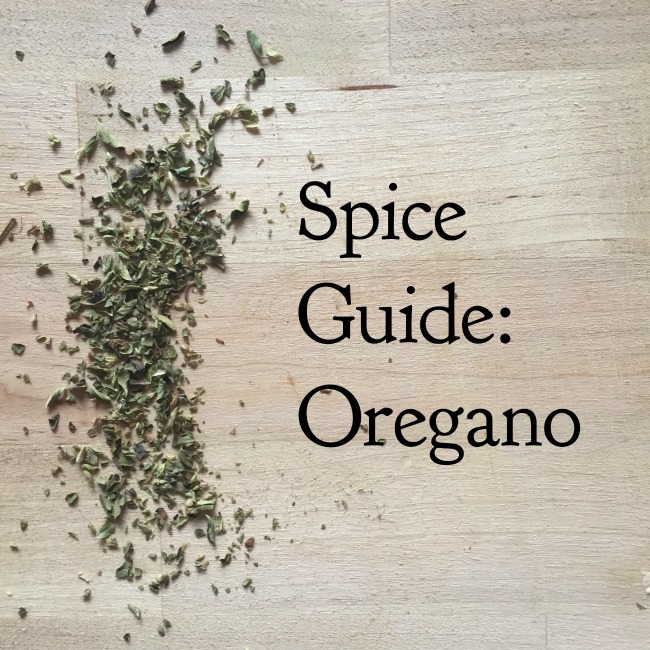 There are actually two varieties of oregano – Mexican and Mediterranean. The Mexican variety is a relative of lemon verbena and grows, unsurprisingly, in Central and South America. The Mediterranean version, also known as wild marjoram, is a member of the mint family. It grows across the region, with some varieties in flavour depending on where it is grown.

The Mediterranean version has been traced back to Classical Latin and has been cultivated in Egypt for over 3000 years. The Mexican version was used in traditional medicine, particularly by women.

The two varieties are both pungent and peppery in flavour, but they do have some differences as well. Mediterranean oregano has an earthy, savoury flavour and can be slightly bitter or sweet depending on where it was grown. Contrastingly the Mexican variety tends to have citrus and liquorice notes.

It has a strong flavour so should be used somewhat sparingly to ensure it doesn’t overpower the other flavours in your cooking.

Mexican oregano is used in many South and Central American cuisines, and is a key ingredient in chilli powders and salsas. It is also commonly used to flavour chilli beans and on grilled meats.

Given the similarities to the two varieties, they pair well with similar herbs and spices as well. This includes:

I’m keeping things nice and simple with this easy, classic pizza sauce recipe. It freezes well too so you won’t need to buy pizza sauce again!

Simply heat the oil in a fry pan, cook the garlic until softening then add the tomatoes and simmer for 10 minutes until thick. Add the salt then blitz with a hand blender until smooth, and mix in the oregano. Done!

I hope this Spice Guide on Oregano was helpful! How do you use it in your kitchen?

I Spy Plum Pie is Liz, an early 30s kiwi-born, Melbourne raised girl who is passionate about the environment and sustainability, food, exploring and learning new things. Join me on my journey to a happy, sustainable life!
May 20, 2017 by I Spy Plum Pie (admin) | 1 Comment