The Gasometer menu is made up of roughly half meat dishes and half vegetarian dishes, with a large proportion of the meat-free section also vegan, or able to be altered to be vegan. Gluten free options are also available and everything is clearly marked which I am always grateful for. The menu has a Southern American flavour with ribs, fried chicken, chilli dogs and mac & cheese featuring in both the meat and vegetarian sections of the menu. They also have a great range of hand crafted beers and ciders available, so you’re not generally going to find the big name beers on tap – which is a-ok with me! We had a Taxi Pilsner with our meals and thoroughly enjoyed it! 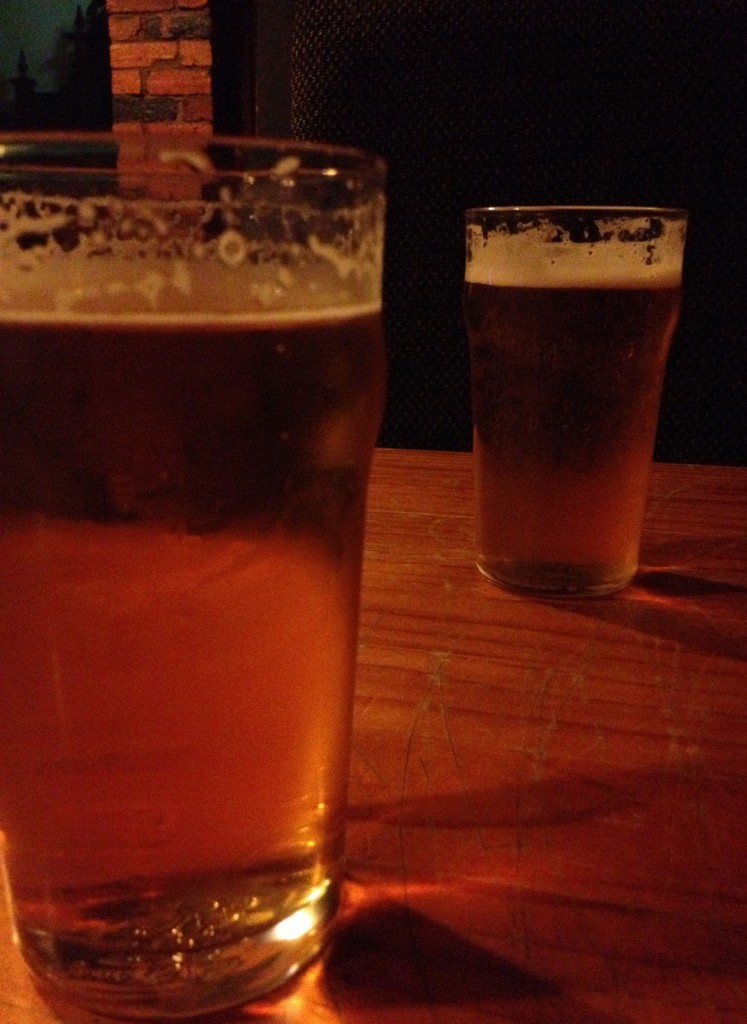 On to the food! B decided to go with the Vegan BBQ Ribs which were made out of tofu and tempeh and served in a garlic root beer peanut BBQ sauce with a side of hot ‘n’ spicy peanuts and slaw ($16). I think the main reason he ordered these was the intrigue around the sauce! I didn’t try them but B was very happy with his choice, the ‘ribs’ were well cooked and the sauce was interesting and delicious. The addition of the small salad and the bowl of nuts (which wasn’t just peanuts) helped to provide a good mix of flavour and texture, and the whole thing was given two thumbs up! 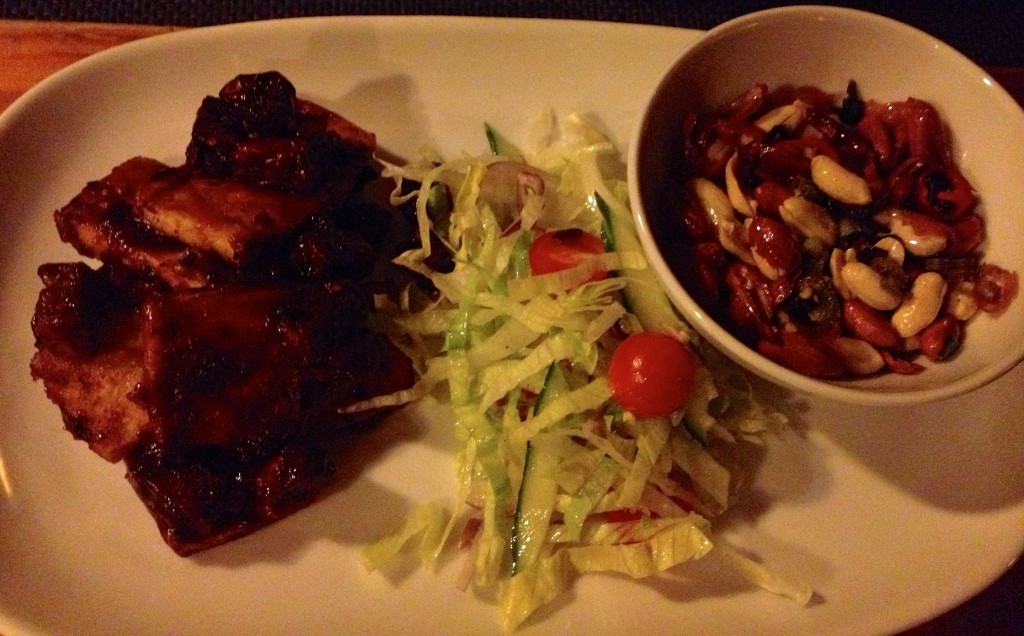 I ordered the Vegan Southern Fried Chicken Burger which consisted of a vegan chicken fillet with lettuce, tomato, onion and ranch dressing, served with shoestring fries ($17). I really liked this burger – the patty was well seasoned, crispy on the outside and soft on the inside, like I would imagine a fried burger patty would be. It didn’t have the strange texture faux meat sometimes can and the ranch dressing was also excellent. The chips were okay, not the best I have had but not terrible either. I generally prefer chunky chips over shoe string, and these could have been a bit crispier but I still managed to eat most of them, so they can’t have been too bad! 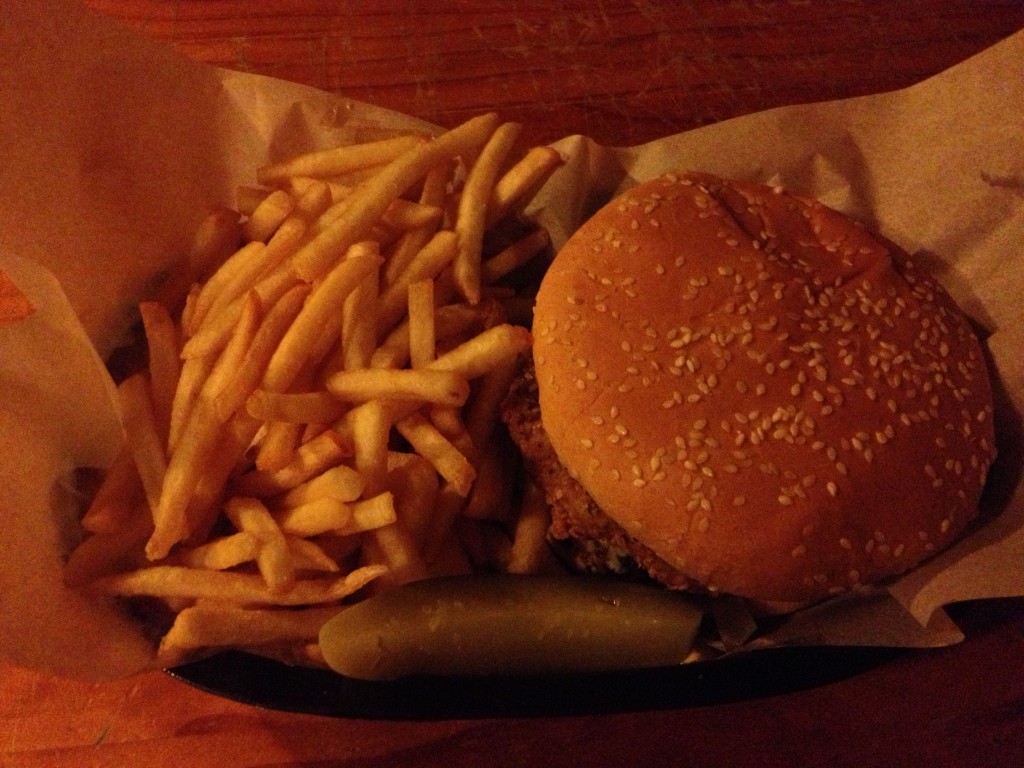 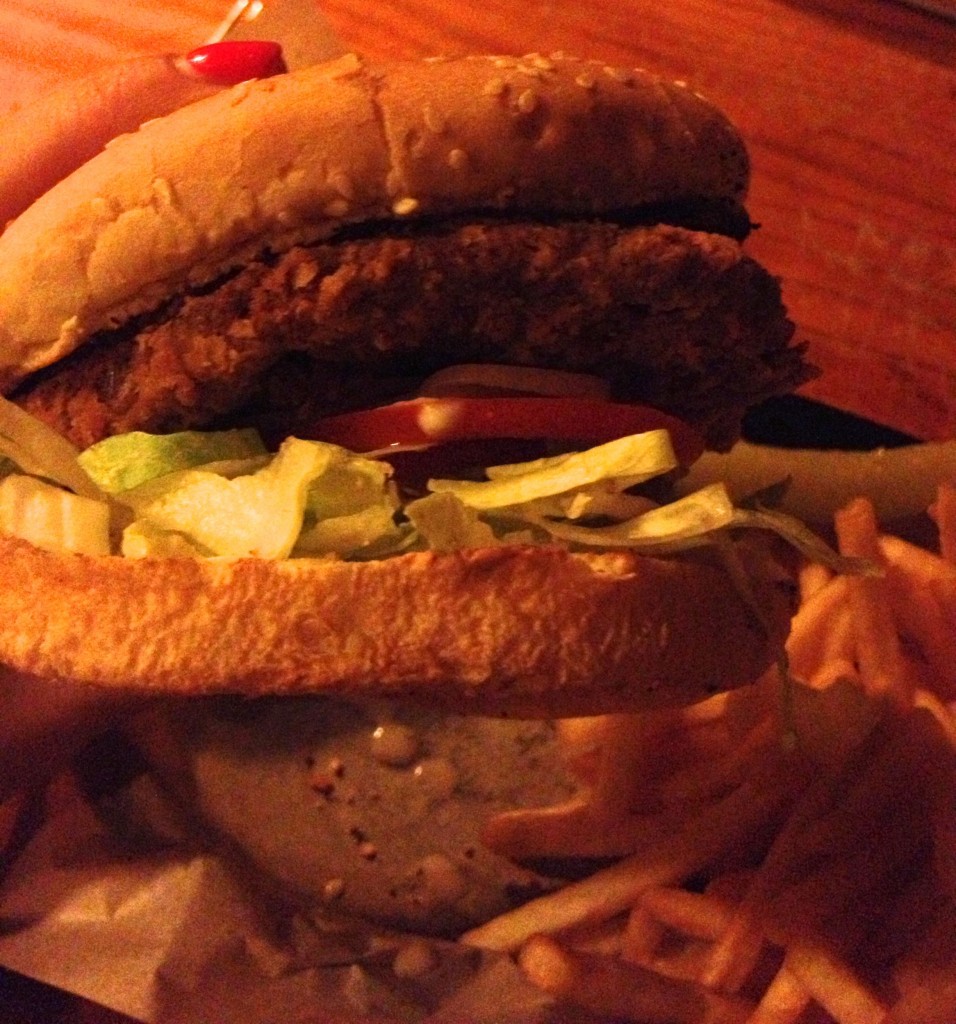 Overall we had a great meal and would go back again for sure. It’s excellent to have pubs providing different vegetarian options than the standard eggplant parma and one veggie burger, so I’ll be keeping an eye out to see what the summer menu consists of!

I Spy Plum Pie is Liz, an early 30s kiwi-born, Melbourne raised girl who is passionate about the environment and sustainability, food, exploring and learning new things. Join me on my journey to a happy, sustainable life!
October 12, 2013 by I Spy Plum Pie (admin) | 0 comment