The other week I was keen to make a wintery salad to have alongside more hearty, warming dishes. I had a bunch of perfect ingredients from one of my veggie box orders, so the result was this roasted fennel apple and greens salad. So simple but so delicious! 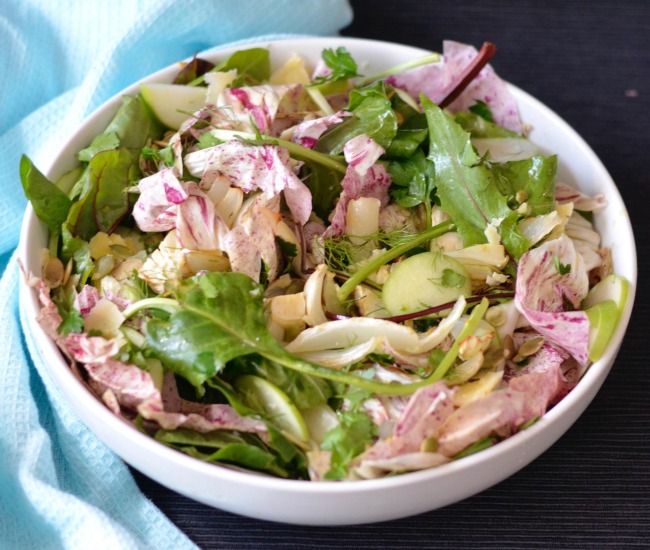 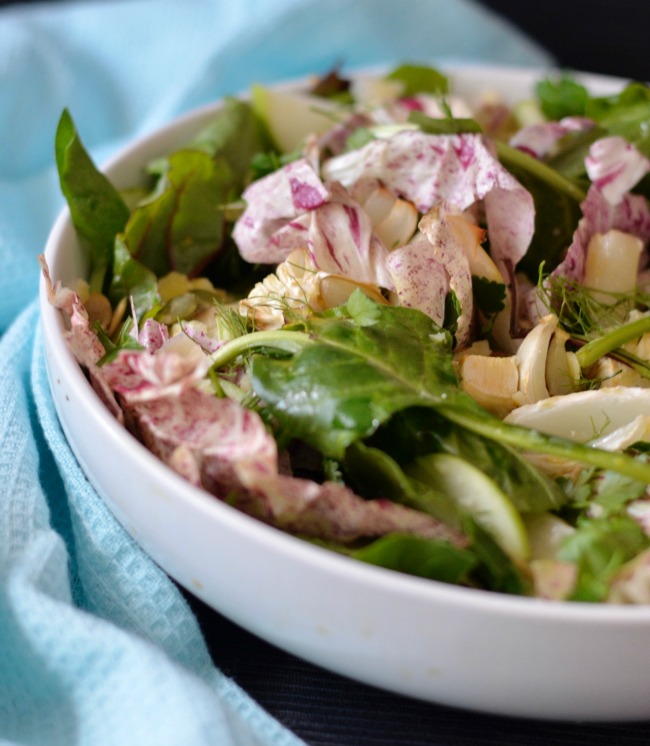 This roasted fennel apple and greens salad is such a good flavour combo. Bitter, sweet, zesty – all bases are covered! I didn’t use a traditional radicchio this time, instead a beautiful castelfranco variety that was in my veggie box. It wasn’t something I had eaten before, but it was as tasty as it was pretty!

If you aren’t planning on serving this straight away then leave chopping up the apple until you’re ready to serve. Even with the lemon juice you don’t want them going brown and losing their crunch if you can avoid it! 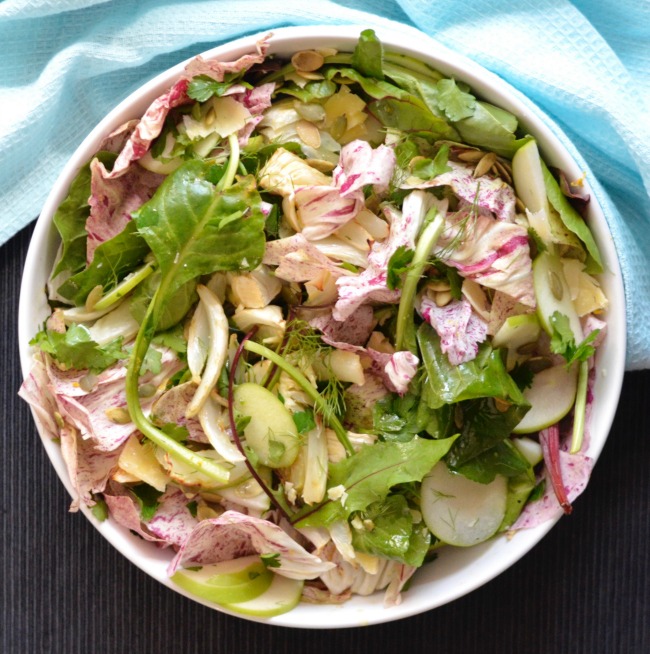 I don’t often think about salads in winter, but this roasted fennel apple and greens salad is such a good addition to my winter rotations. I had it for lunch with some grilled haloumi as well as on the side of a pasta dish to ensure I was getting some balance to my diet. It worked excellently on both occasions!

If you want to keep this vegan friendly then just leave out the pecorino. You might want to season with slightly more salt to make up for the lack of saltiness from the cheese – but just taste and balance to your liking. 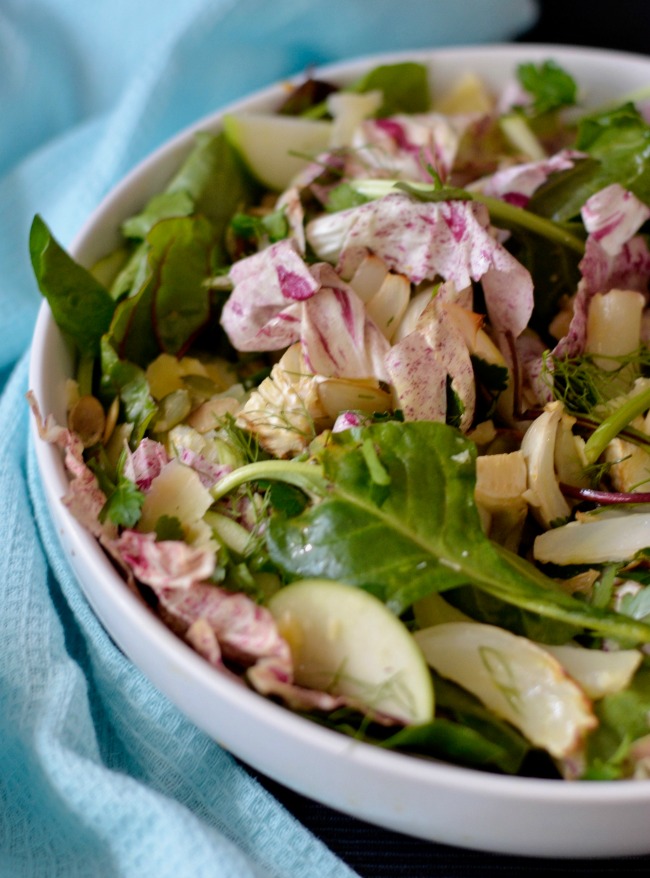 Are you a winter salad fan? Give this roasted fennel apple and greens salad a try!

I Spy Plum Pie is Liz, an early 30s kiwi-born, Melbourne raised girl who is passionate about the environment and sustainability, food, exploring and learning new things. Join me on my journey to a happy, sustainable life!
August 3, 2020 by I Spy Plum Pie (admin) | 0 comment