On a sunny Saturday afternoon B and I headed to the Rainbow Hotel to catch up with some friends of mine and decided we might as well make the most of it and check out the food offerings as well! So here we are, the next stop on my Pubs for Vegetarians tour!

Early on in the arvo a few serves of the fat chips ($8, served with tomato sauce & garlic aioli) were ordered for sharing, and they weren’t kidding when they named them fat chips! These were some serious chips, and they were seriously tasty. Incredibly crunchy on the outside but still fluffy on the inside, these were some of the best chips I’ve eaten in a while! I wasn’t the only one impressed either, everyone around the table was talking about how great they were! 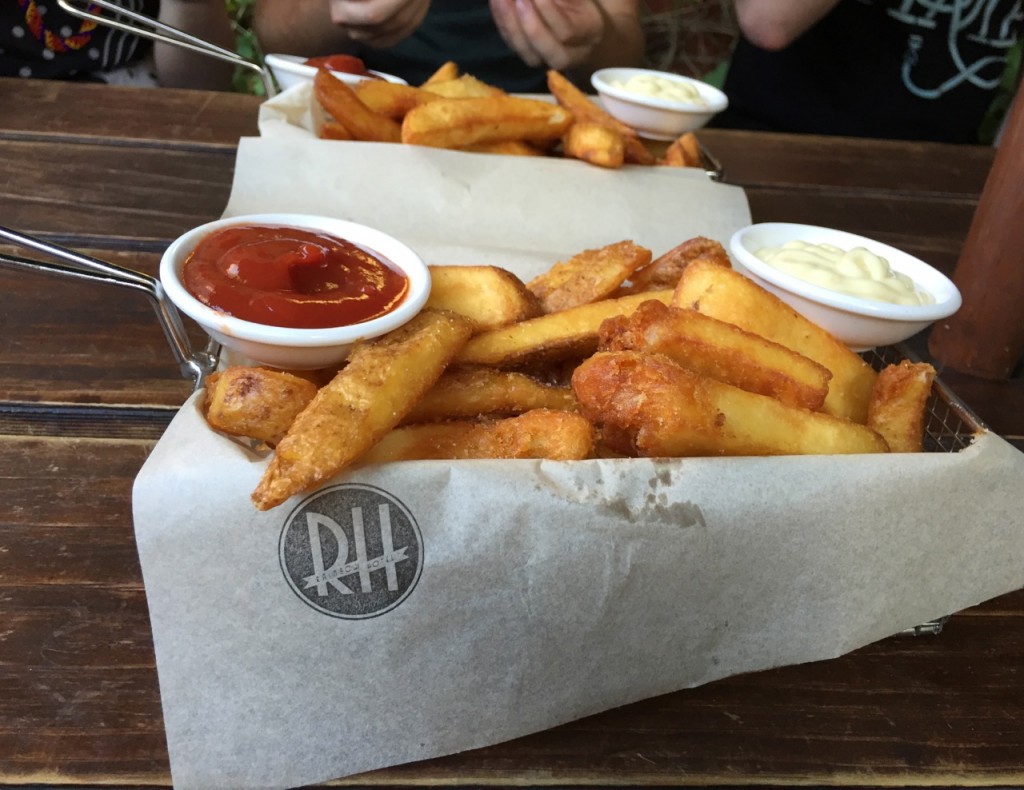 When we came to order dinner proper B and I decided to share a few things, starting with a serve of the Sweet Potato, Provolone & Corn Empanadas ($10) served with coriander & chipotle aioli. These had quite a thick pastry exterior, but with a nice creamy interior. 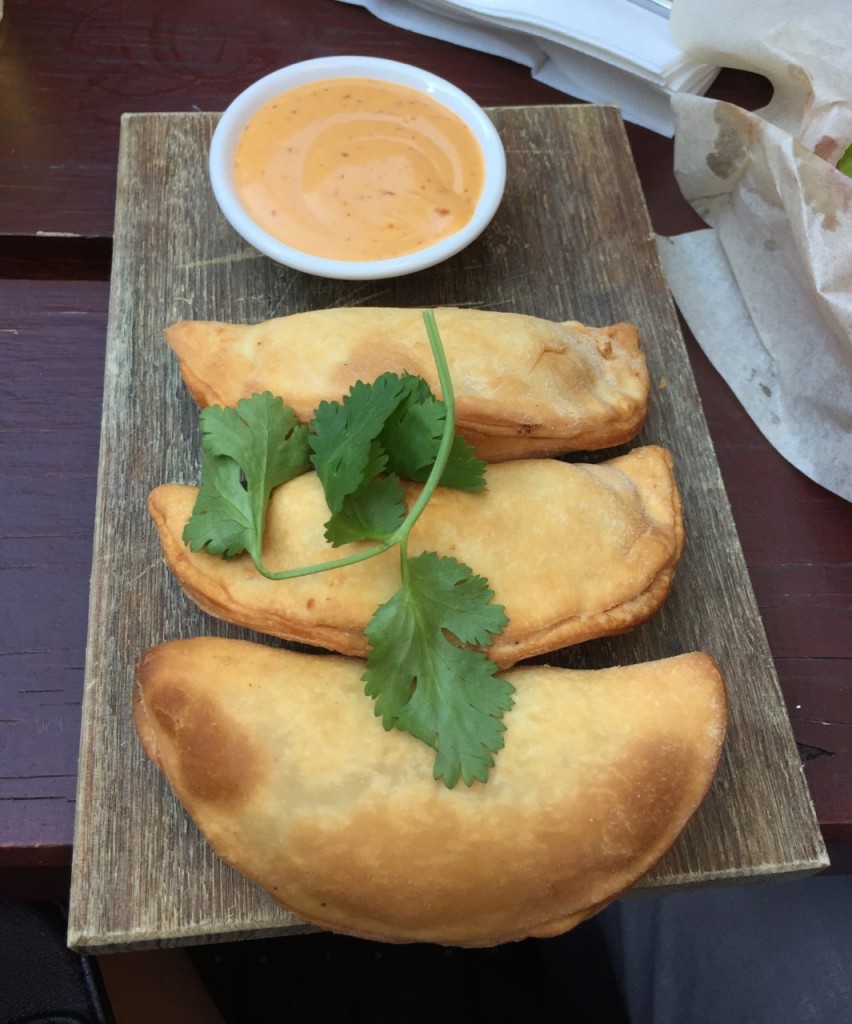 I had been expecting a more chunky filling but nevertheless these were tasty, especially when dipped in the slightly spicy aioli. Luckily double-dipping is allowed when B and I share food, I think I probably triple dipped my empanadas! 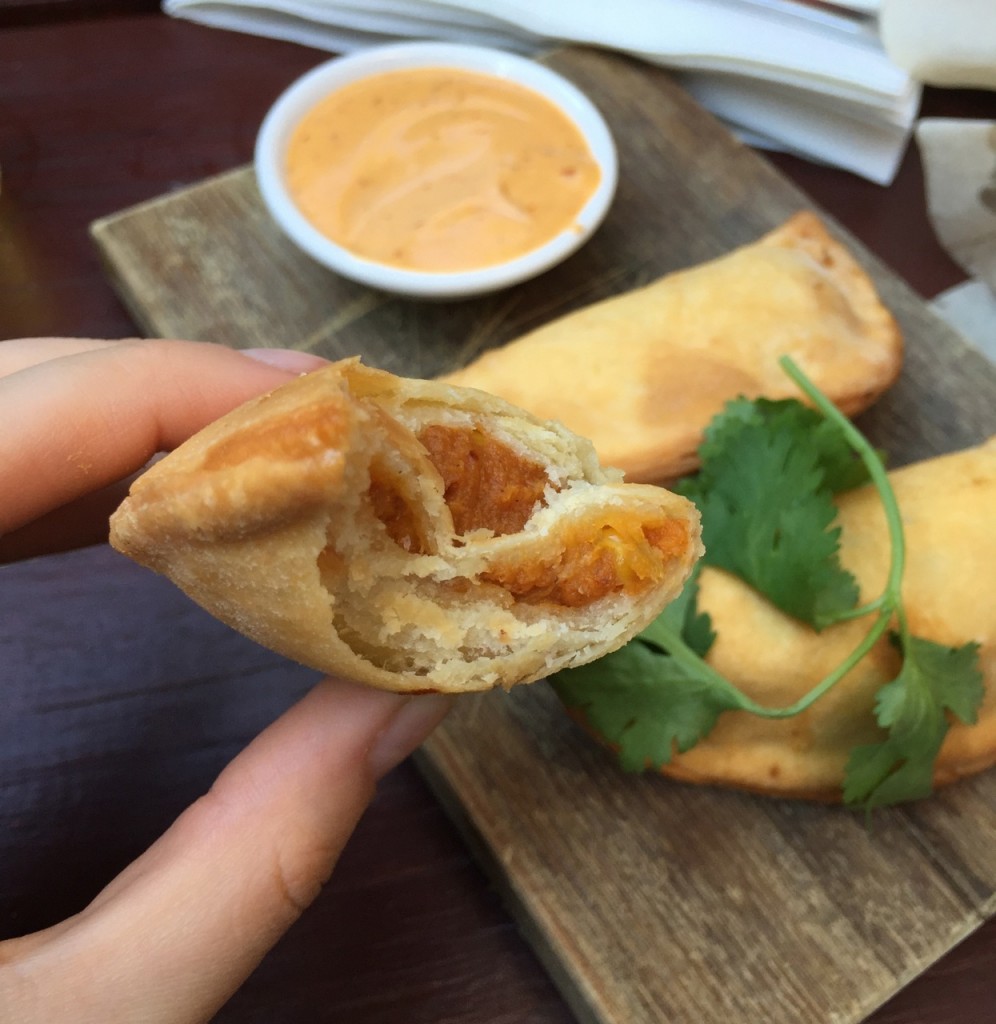 Next up was the tacos from the daily specials board – Spicy Bean Tacos with Guacamole and Coleslaw ($8). These were jam packed with beans which made them a little messy to eat, but I’m no stranger to that! They were really tasty with a good kick of chilli to them (B kept his beer nearby!) and a healthy dose of guac on top. The soft beans and the crunchy coleslaw worked really well together and I could have happily eaten more of these! 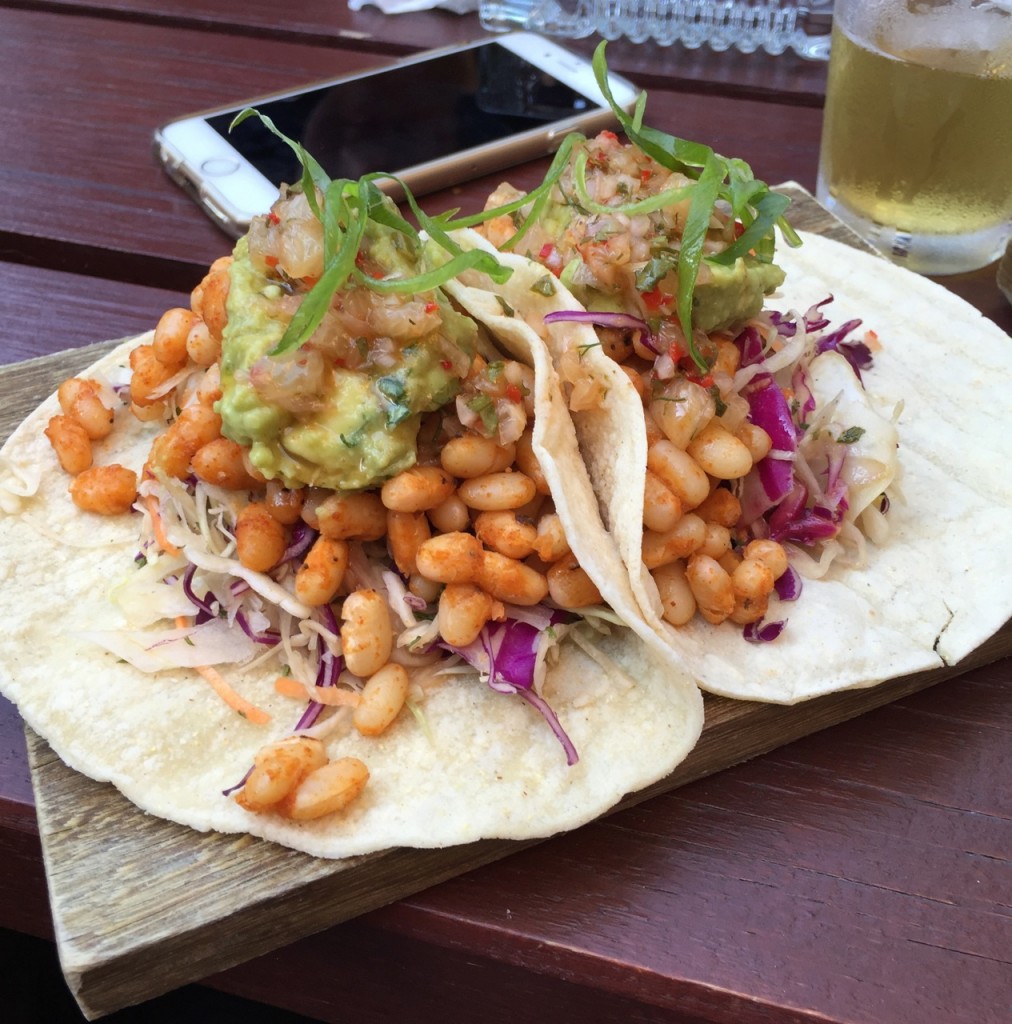 Last up we decided to share a burger (not the easiest idea, but ah well!). The Rainbow Hotel has four burgers/sandwiches on their menu, all of which can be altered to be vegetarian which I think is a great way to do it as whilst the patty might stay the same it does expand the option for toppings for us vegos!

We decided to go with the Rainbow Burger which is topped with tomato, pickled beetroot, aioli, special sauce, house relish, cheddar and lettuce, served with fries ($17). I was slightly disappointed the burger came with shoestring fries rather than those amazing fat chips we’d had either (and I’d held off eating many of them as I knew we’d be ordering food later!), however the burger itself definitely wasn’t disappointing! The combination of all the sauces and relishes meant it was bursting with flavour and I can’t go past a pickled veg on my burgers. The patty was made up of a whole heap of veggies which we could actually see (always a plus in my book) and kept its shape fairly well considering it was being passed back and forth between us!  B particularly loved this burger and was more than happy to finish it off when I got too full from all the food! 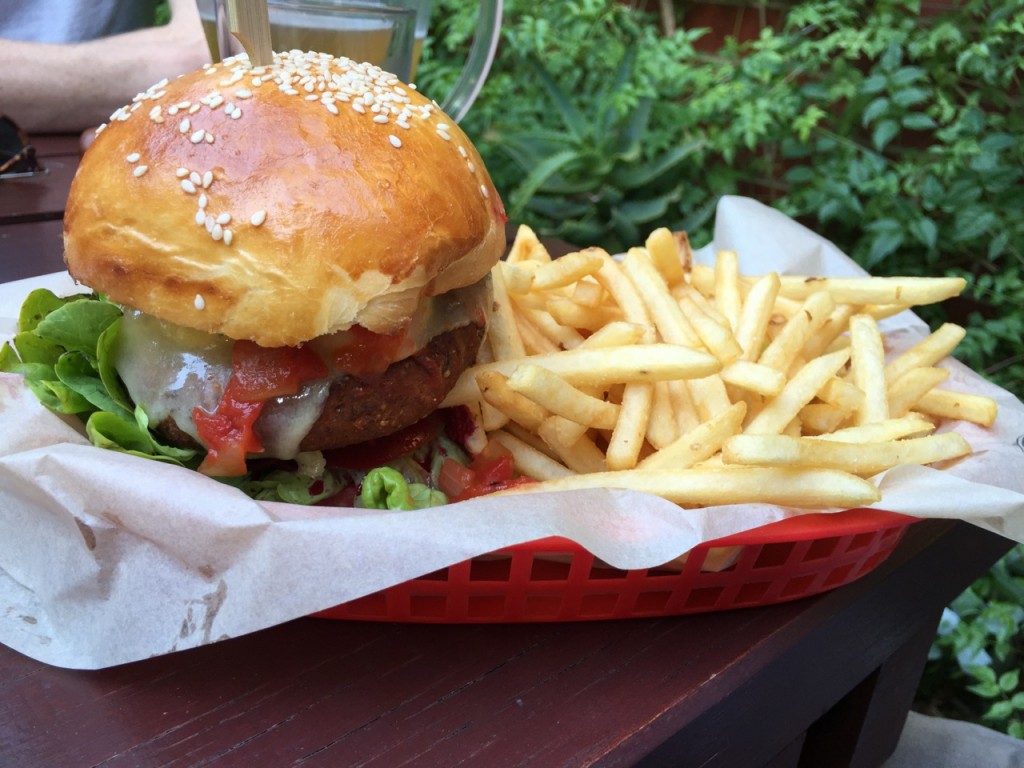 Overall we had a super tasty meal and I was impressed by the number of vegetarian options, all of which are clearly marked on the menu which is always appreciated. I think I’ll be going back for more of those chips at the very least! The Rainbow Hotel is definitely worth checking out if you find yourself in the area looking for a beer and a feed!

I Spy Plum Pie is Liz, an early 30s kiwi-born, Melbourne raised girl who is passionate about the environment and sustainability, food, exploring and learning new things. Join me on my journey to a happy, sustainable life!
December 6, 2014 by I Spy Plum Pie (admin) | 4 Comments