I’m probably the last vegetarian in Melbourne to eat at Smith & Daughters (with no real excuse given it’s very close to home!) but I finally made it to this all-vegan eatery to find out whether it lives up to the hype!

A met a friend after work for a mid-week catchup over wine, and we decided just to share a couple of dishes. We started with the Tuna & Green Pea croquettes (3 for $15) which are a croquette filled with a Spanish style bechamel with tuna and peas folded through, and served with a caper aioli and lemon. I had read good things about these on plenty of blogs and was not disappointed. The bechamel was deliciously creamy and there were plenty of peas and chunks of ‘tuna’ throughout. The outsides were super crispy which is obviously very important to a successful croquette! They weren’t overly large given the price, but they were certainly big on taste! 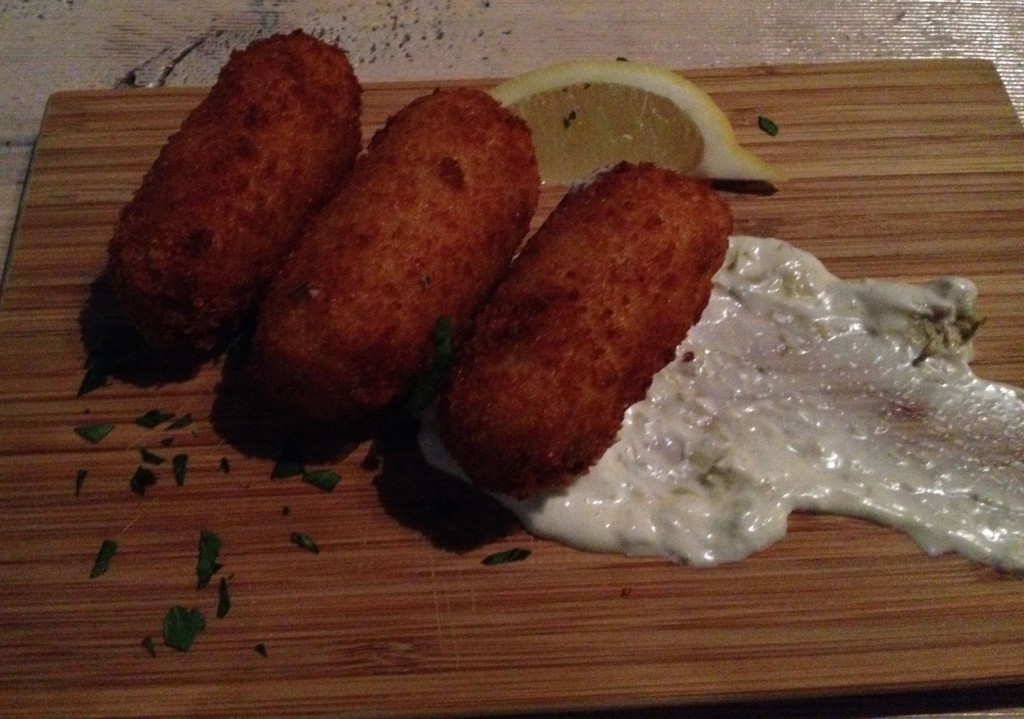 Next up was a serve of the Sorullitos de Maiz, otherwise known as corn fritters! (3 for $6), which came served with chipotle aioli. These were quite different to corn fritters I’ve had before as they were perfectly cylindrical! Extremely crispy on the outside, soft and fluffy on the outside and full of juicy corn pieces, we were equally as pleased with these as the croquettes! The chipotle aioli had a nice amount of kick to it and balanced the sweet corn perfectly. I could have eaten a lot more of these! 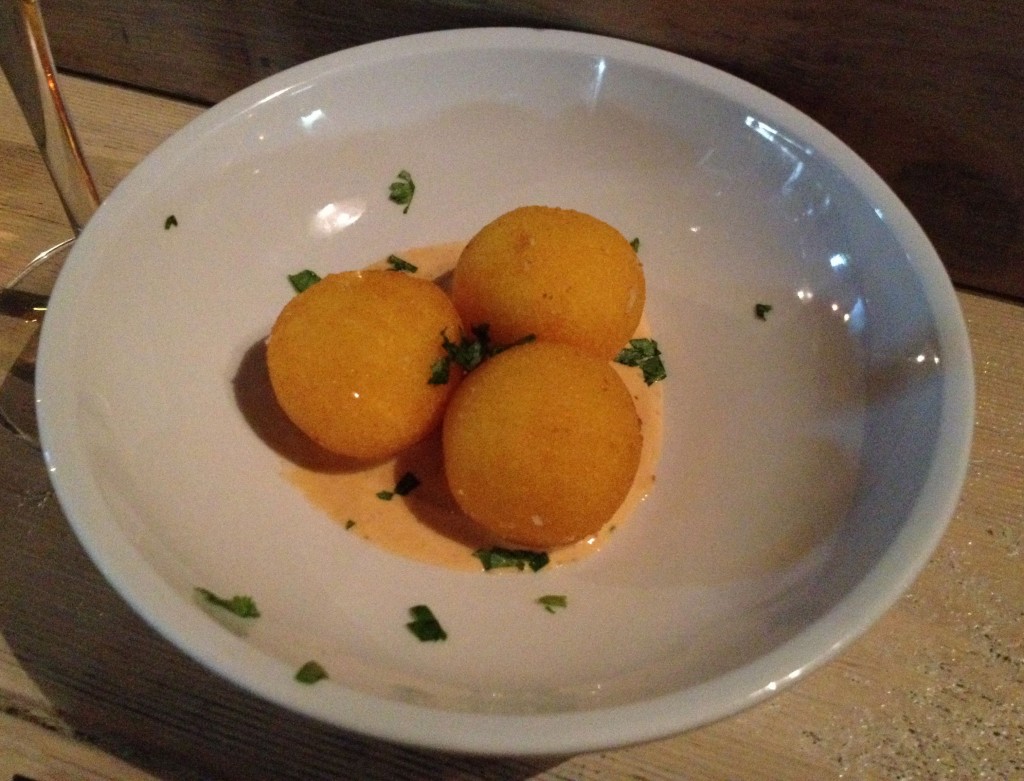 Lastly we went with the Tacos con Ensalada ($16) which is a tortilla basket filled with red rice, black beans, chorizo, grilled corn, pickled jalapenos, lettuce and topped with coriander cream. The idea was that you break the tortillas from the outside of the basket and use it to scoop the filling up, although this was slightly easier said than done for us! We ended up breaking it apart a little so we could get a better mix of the fillings which made things rather messy, but I’m not afraid of getting my hands dirty while eating! The fillings included all my favourites for tacos or nachos so this was right up my alley, and full of flavour (and a nice amount of spice from the jalapenos!). It was really filling as well, and between us we struggled to finish it all, although we definitely gave it our best shot! 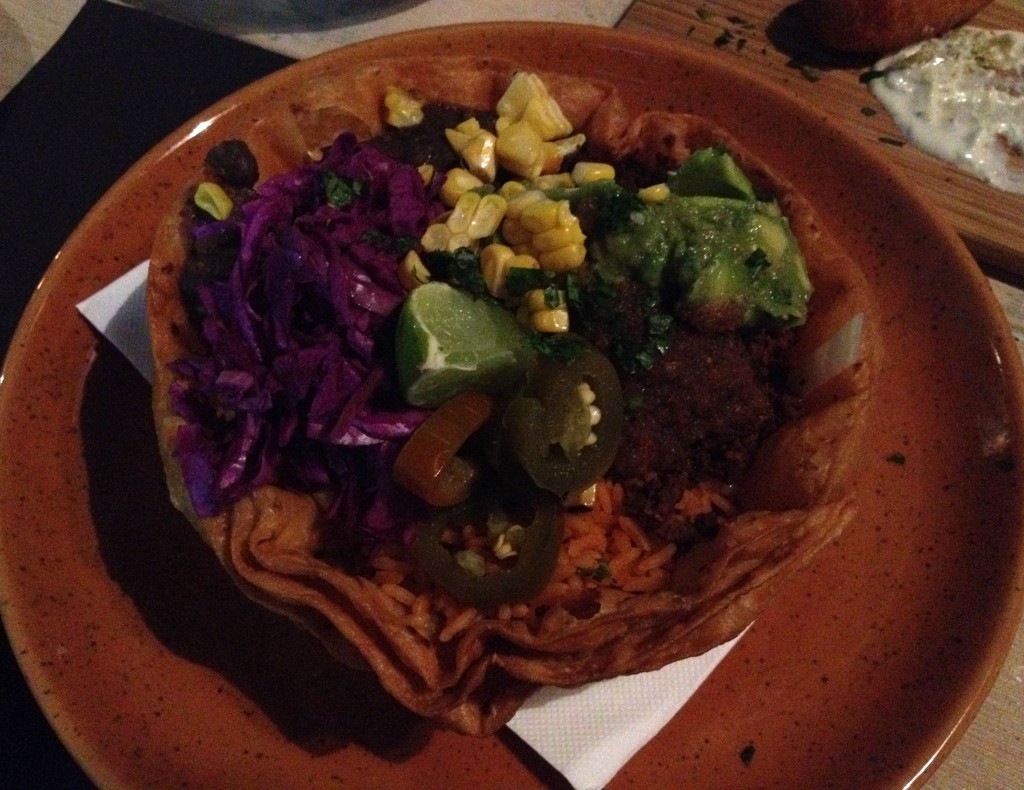 Now that I have finally given Smith & Daughters I can definitely see what the fuss is all about. We only scratched the surface of the menu so I will most definitely be back (B would love it too!). The staff also deserve a mention as they were all extremely friendly and helpful, which unfortunately isn’t a given at lots of busy, popular venues these days! They’re obviously doing lots right!

I Spy Plum Pie is Liz, an early 30s kiwi-born, Melbourne raised girl who is passionate about the environment and sustainability, food, exploring and learning new things. Join me on my journey to a happy, sustainable life!
July 5, 2014 by I Spy Plum Pie (admin) | 3 Comments